Barrafina, a small tapas bar on Frith Street in Soho has proved so popular that they’ve opened another in Covent Garden. As I’ve been to neither, I thought I’d pop my cherry with a visit to the original, which recently received a Michelin star.

I was pre-warned about the lengthy queues (they don’t take reservations) so we arrived at 5:45 and nabbed the last remaining stools. The open kitchen gave the place a lively atmosphere and our tatt-covered waitress was very charming indeed. 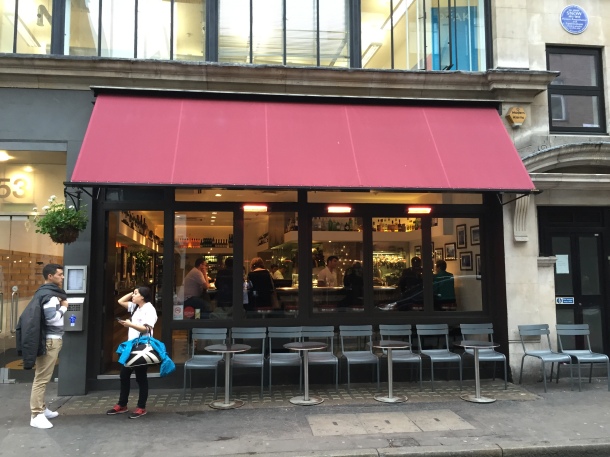 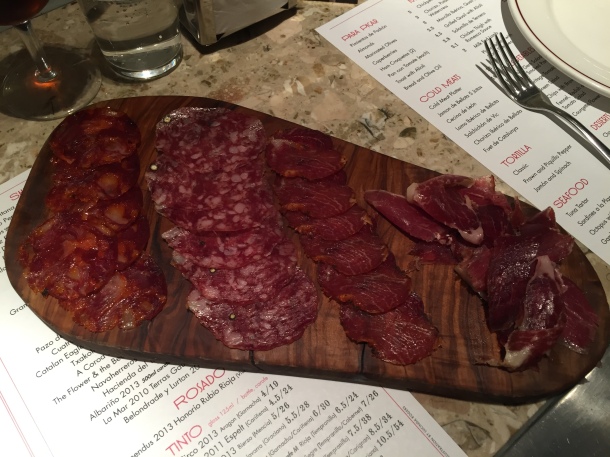 The ham croquetas (Â£4.50) were beautifully gooey with a crisp breadcrumbed coating; they were divine. The chicken thighs with romesco sauce (Â£7.50) had been deboned and were so perfectly cooked (succulent flesh with crunchy skin) that I felt like standing on my stool and doing a dance. 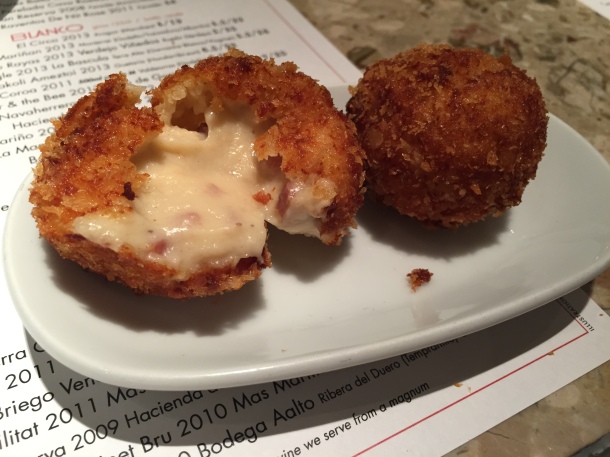 The rest of the dishes weren’t quite so successful though. Chorizo, potato and watercress (Â£7.50) had a pleasant flavour but the spicy sausage was rather tough to cut through. Milk fed lamb (Â£12.80) was a pleasant couple of mouthfuls but the slices were so thin it didn’t seem good value for money.

The gambas allijo (Â£8) (that’s prawns) were a bit too mushy for me; they fell apart and disintegrated as I shelled them which didn’t feel right. Again, the prawns in the prawn and piquillo pepper tortilla (Â£7) were mushy and a bit flavourless too. 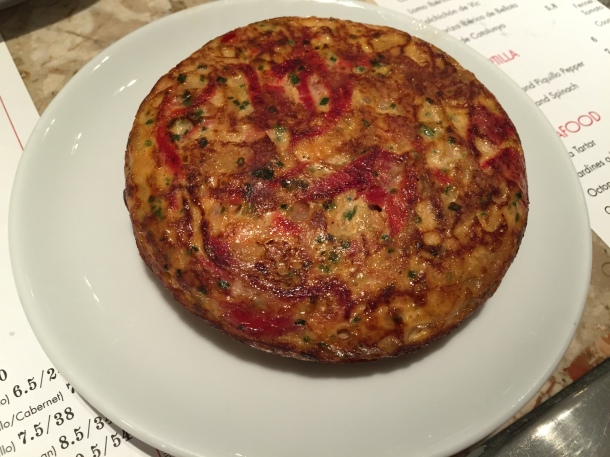 The chips with brava sauce (Â£4) were really bloomin’ tasty but I would have rather had the more traditional patatas bravas. The worst dish was the pluma IbericÃ¡ with confit potatoes (Â£12.50) which had thin slices of Lancashire Hot Pot style potatoes that were inedibly salty and a piece of pork that was totally devoid of flavour. I thought IbericÃ¡ pluma was supposed to be the very best – but that wasn’t evident here. 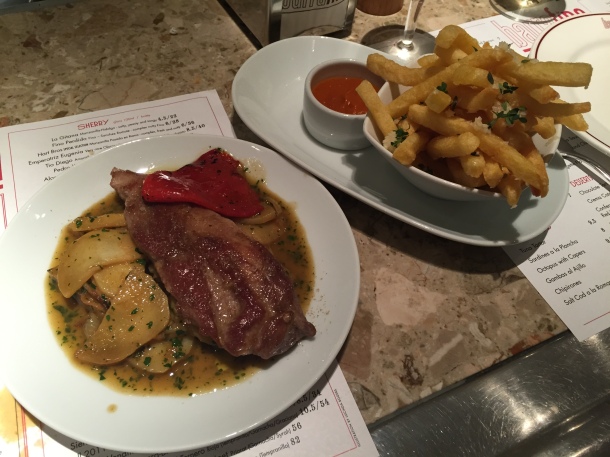 Our meal at Barrafina certainly wasn’t a disaster, in fact it was good. But at those prices I was hoping for a bit better than good, I wanted it to be spectacular. There was nothing I couldn’t get at JosÄ“ on Bermondsey Street for half the price – a restaurant which in my opinion is far superior.