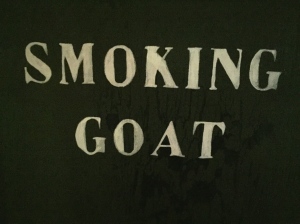 Based on what was once affectionately known as Tin Pan Alley (Denmark Street on the edge of Soho), Smoking Goat is a tiny new restaurant specialising in Thai food.

I’m not joking when I say tiny – and that’s everything from the tiny tables, to the tiny beer barrel that we were seated at and the tiny walkway to get to the toilets (good luck with that); it took cramped to a new level. It’s mega dark too. But with that came a seriously great atmosphere which was helped along by the vinyls playing in the background; it felt like an exciting place to be – just like Spuntino did when it first opened. 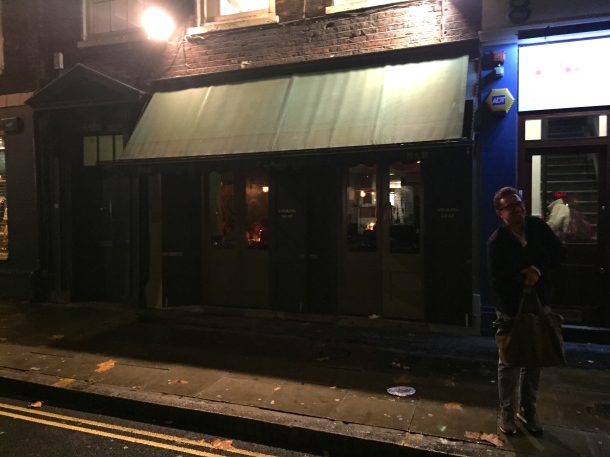 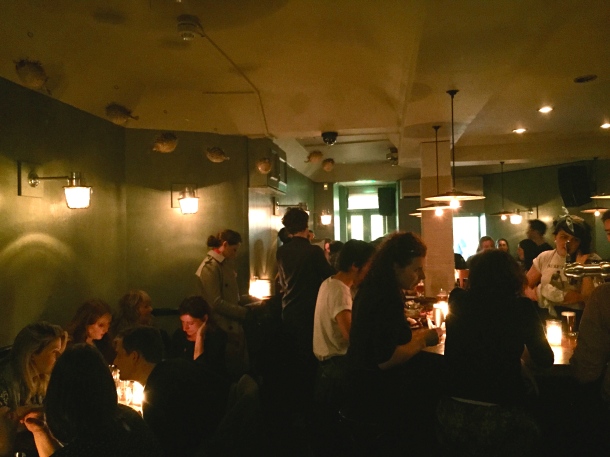 The menu was small so we pretty much ordered everything. The coal roast scallop with red nam yum (£6) was a big old bugger and came sitting atop its shell and in a puddle of sweet/salty/sour deliciousness. It was really good. 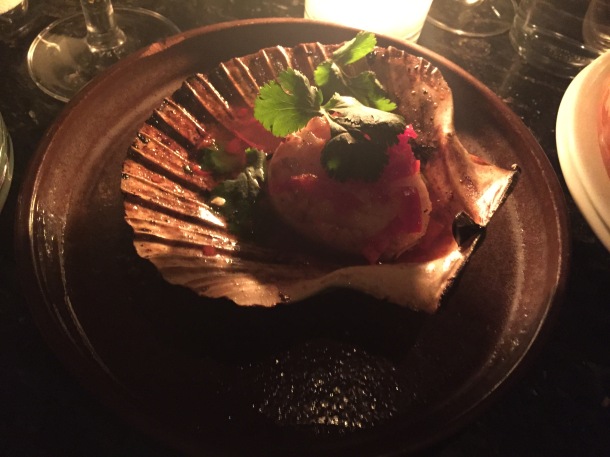 The smoked lamb ribs (£15) shall go down in my ever expanding record book as being the best lamb ribs I’ve ever eaten. Perhaps it was all the perfectly cooked lamb fat (which I love), or the soft flesh, or the fermented shrimp, chilli and palm sugar that they’d been basted in, either way these were jaw droppingly good. 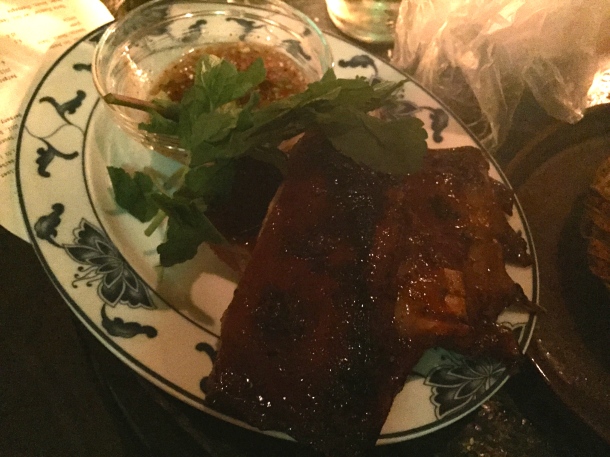 Slow roast duck legs (£15) were equally as squeal worthy – this was “dirty” junk food Thai style. The meat was succulent and the skin evenly crisp throughout; it was seriously impressive meat. Both mains were served with a green papaya salad which was a little forgettable and sticky rice served in a bag which was delicious. 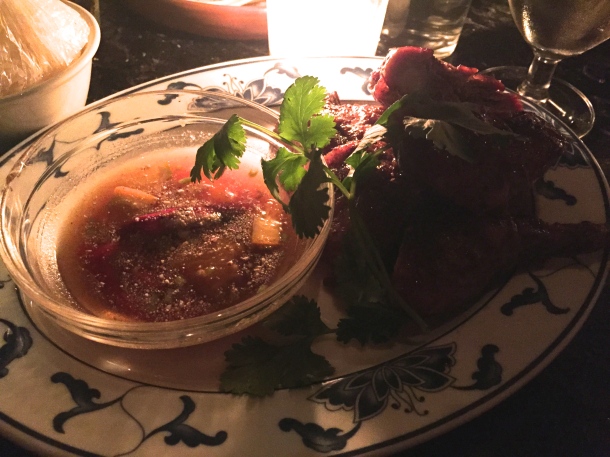 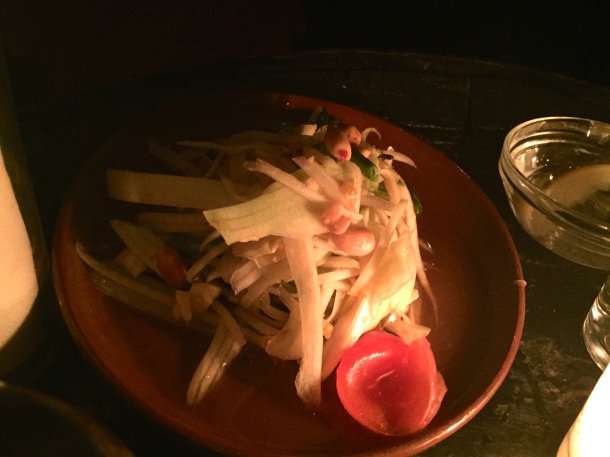 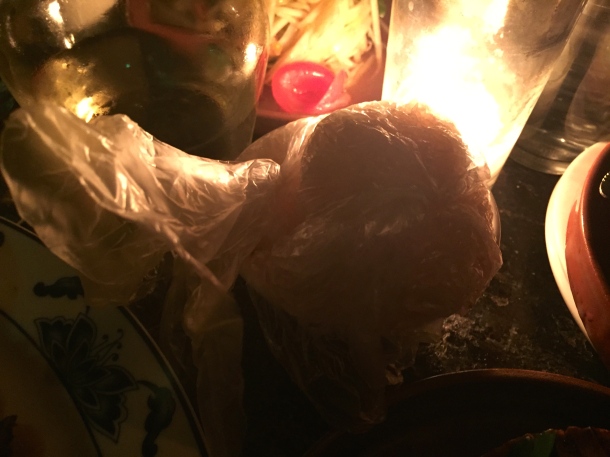 The fish sauce chicken wings (£6) were humungous – I’d hate to see the size of the actual chicken. They were sticky, salty, sweet – everything you could possibly hope for and more. They reminded me of an even better version of the wings available at Patty&Bun. 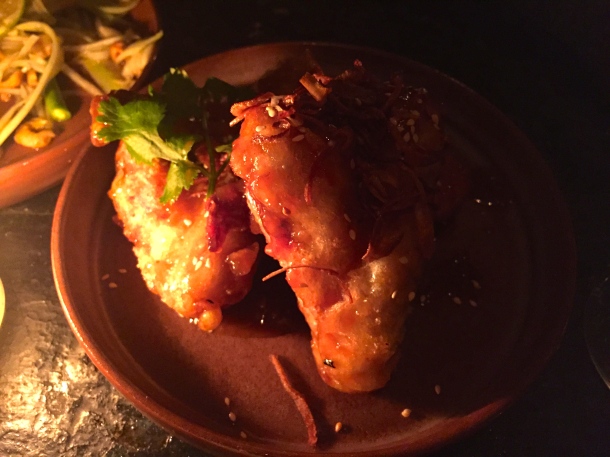 The best thing we ate was the whole Cornish crab (£20) and they weren’t wrong when they described it on the menu as “messy eating”. No joke, I had to wash my shirt and trousers afterwards things got that chaotic but it was absolutely worth it. Being the first time I’ve had a whole crab it was a little daunting as we had to crack the shells ourselves but it was just incredible – the crab meat was divine and so was the coconut flavour covering it all – they make their own coconut cream don’t you know. 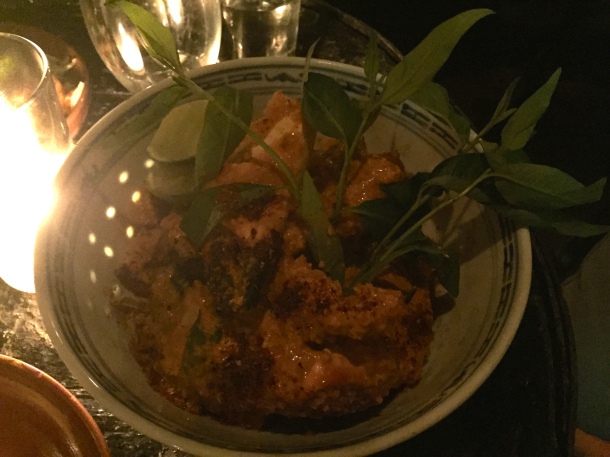 For all its imperfections (the toilets were of the hygiene level you’d expect at a festival), Smoking Goat provided me with one of the best evenings I’ve had in ages. It’s great fun and I haven’t stopped thinking about the food since I left. If I go back, and I will, I’d order the whole lot all over again.