Michelin starred Kokkeriet isn’t Copenhagen’s newest or trendiest restaurant, in fact very few of the locals we spoke to had heard of it (that might be because our pronunciation was wrong though). We didn’t let that deter us however and off we trolloped for dinner. 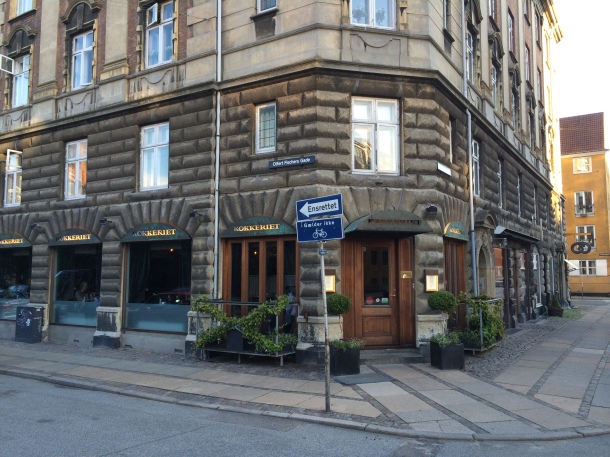 The welcome from each member of staff was as warm as it gets; they exuded friendliness as soon as we walked through the door. The dining room was quaint and a lot smaller than I imagined; it felt like we were in someone’s living room. The addition of some background music was a wise one – without that the atmosphere would have been a bit flat.

A barrage of snacks kicked things off (they do love their snacks out there in Copenhagen don’t they!) the first being two tiny pieces of Indian cress sandwiching some salmon tartare. Now I know what you’re thinking, don’t worry, we thought the same thing, but even though this was barely a quarter of a mouthful it was actually bloody delicious. 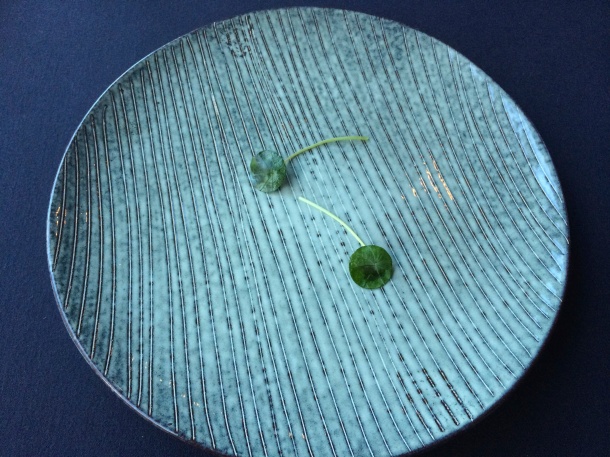 Next was a cheesy twiggy thing, which tasted like a cheesy twiggy thing, followed by a venison faggot (I do love a faggot me) and a little jelly bonbon which was seriously meaty. Our final nibble was a beetroot crisp that looked like it had been scraped from the side of a volcano. All were most peculiar but enjoyable never the less. 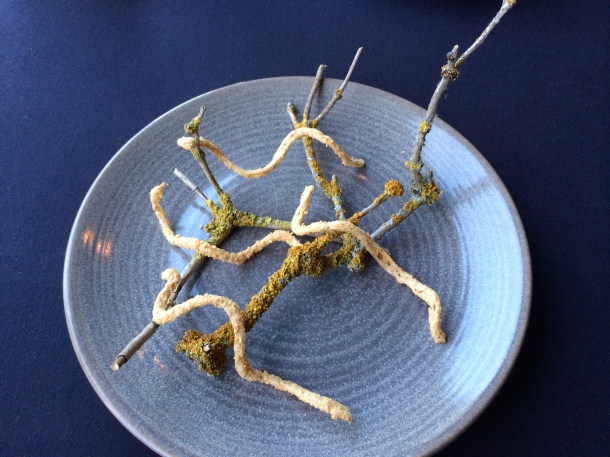 Bread was cheesy and a little bit chewy in an enjoyable kind of way. It was served with a skir butter (which was really tangy) topped with seaweed powder which was great.

Not feeling in the mood for a humungous tasting menu, we instead opted for the three course a la carte priced at 700 DKK per person (around £75).

I started with the lobster, spring cabbage and cream sauce which looked beautiful and tasted pretty darn lovely too. The lobster claw (intact which was impressive) was so immaculately prepared and the flavour was probably the best I’ve ever tasted. My gentleman companion decided to pop his caviar cherry and thank God he did it here as the caviar was seriously flavourful and beautifully presented too.

The two main courses; veal tenderloin and monkfish, saw massive chunks of both accompanied with rather dry and crunchy vegetables which seemed a shame; the thin ribbons of undressed carrot didn’t really stand up to the spectacular veal. 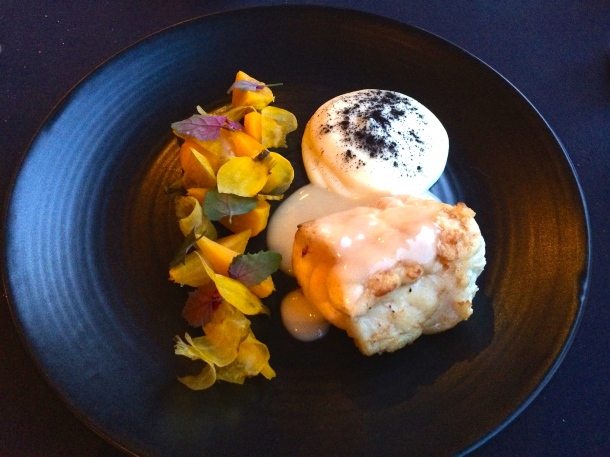 For dessert, we shared the selection of cheeses which were cut and served table side by a really sweet and charming chef. As is often the case with a cheese board, they describe every single one and I stop listening after the first five seconds, so God knows what we had but they were all exceptionally good. 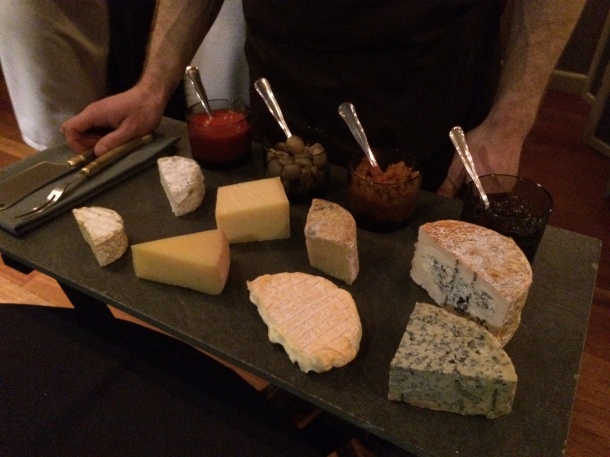 The only dessert available was coffee punch, dark chocolate and aquavit (which sounds like a toilet manufacturer but is in fact a Scandinavian spicy liquor). It was a thoroughly pleasant end to an usual and intriguing meal. 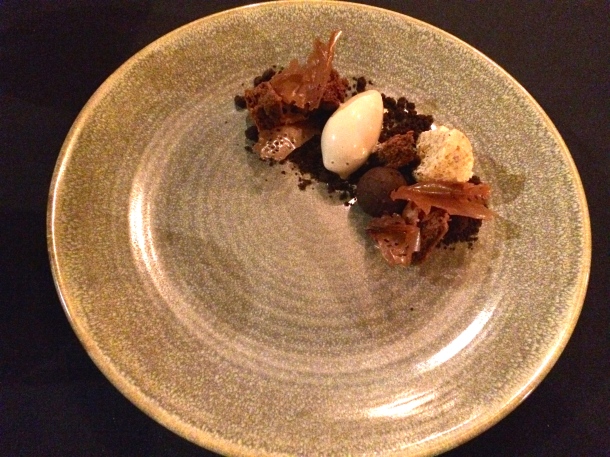 I think we would have seen more of Kokkeriet’s flair if we’d gone for the tasting menu, but on the whole it was quite an impressive experience. The dining room is more old fashioned in comparison to Copenhagen’s other Michelin offerings (Relae, Noma, Geranium), but the food is anything but.