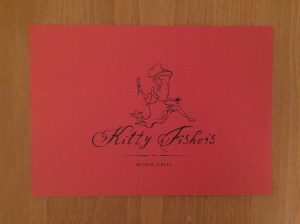 After hearing much praise, I was really looking forward to dinner at Kitty Fisher’s, a new restaurant in Mayfair with head chef Tomos Parry heading up the kitchen who won Chef of the Year at the Young British Foodie Awards. He’s installed a bespoke wood burning grill in the kitchen – sounds right up my alley.

We were seated on the ground floor which was tiny and a little breezy every time someone opened the door – it’s amazing how many people just leave it open when they leave! It was a beautiful space though with a real old-fashioned character to it. But it’s downstairs you want to be as there’s a glass fronted kitchen so you can see all the action. 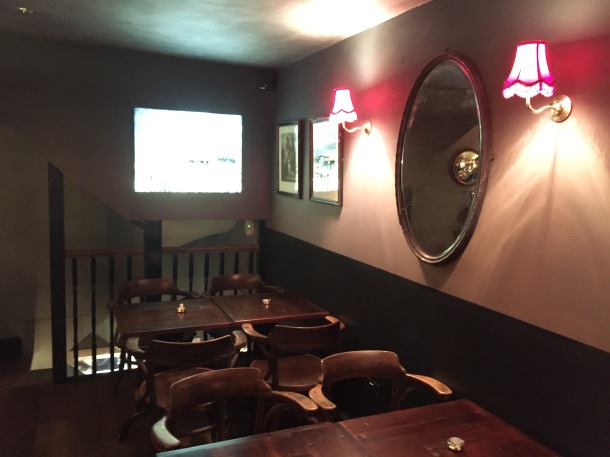 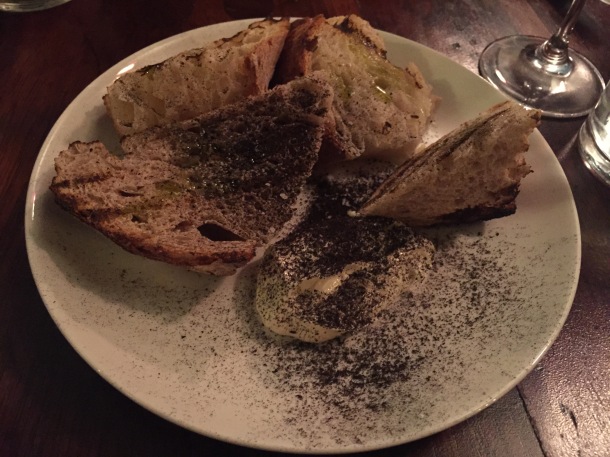 I would have gladly eaten a couple of plates of the whipped cod’s roe (£6) atop little fingers of toast, as it was seriously good. The fried Mylor shrimp (£7.50) was an interesting one, as we were encouraged to eat the shrimps whole. The salty, crispy legs (which reminded me of the crispy prawn legs at El Celler de can Roca) made these totally addictive and rather lovely.

The lamb cutlets (£10.50) were the best bloody lamb cutlets I’ve ever tasted. It wasn’t just the insanely good quality of the meat, but the cooking too; the smokey, charred outside, bright red flesh inside and the oozing, salty fat. They should serve a massive plate of them with some veg and potatoes – it would be an amazing dish.

Beef tartare, rosemary, nasturtium and rye (£10) was spicier than I’d anticipated which made for a pleasant surprise. The chunks of raw beef were soft and full of flavour.

The beef sirloin with pink fir potatoes topped with Tunworth cheese (£30) was a cracking bit of cookery. Although the potatoes could have been crispier and topped with more cheese, they were still a great companion for the strong flavour of the beef. A surprising highlight was a bowl of hispi cabbage (£4) which had chargrilled, crispy edges, elevating it to new heights.

Dessert was a winner; chocolate mousse with burnt orange and hazelnuts (£8). The combination of flavours (the masterful addition of salt and olive oil) was so very spot-on that it shall go down as one of my favourite puds of all time. 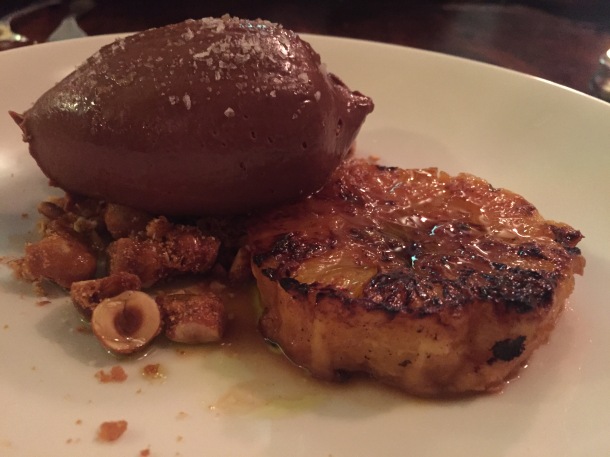 The food at Kitty Fisher’s was seriously impressive, the only weak link being the service. Our waiter, who turned out to be one of the owners, was certainly charming but he had a calamitous/panicky touch about him which was a tad unsettling. If they get that sorted and buy some proper napkins (paper serviettes in a Mayfair restaurant?!) then Kitty Fisher’s will be a pretty faultless affair.