Just like burgers, I don’t think I’ll ever get tired of chicken, which is rather handy as a new fried chicken shop has just opened on the Kingsland Road near Rotorino. It’s by a chap called Carl Clarke who has had a string of successful residencies and pop-ups all over the shop.

It’s a sweet little spot and one which looks like it’s had a bit of money spent on it; the semi-tiled walls are beautiful. Be warned though, there’s no lock on the gents. 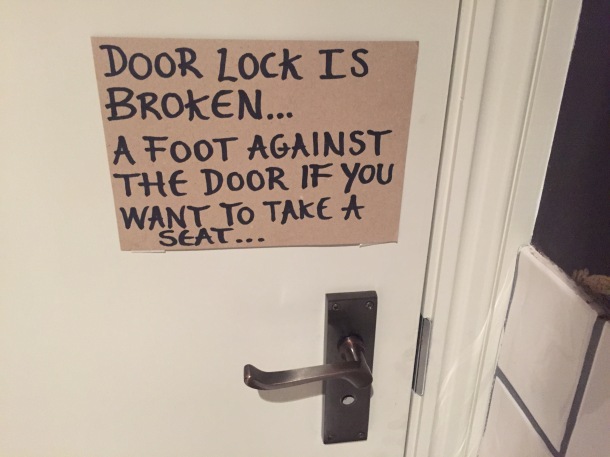 The chicken is from a farm in Cornwall and it really is very good indeed. The disco wings (Â£5.50) were unlike any I’ve had before, not only because they were insanely plump but because the meat on them was like white breast meat. We opted for a sticky glaze which softened the glorious batter not one bit. Seriously impressive stuff.

The chicken tenders (Â£8) were also covered in the crispest coating you’re likely to find. We opted for the XO mayo which was great – any extra dips are charged at Â£1.50 which I thought was a bit mean.

I’ve been told I use the term “big ol’ bugger” too much on this blog but it really is the only way I can describe the Korean fried thigh bun (Â£10). I mean look at it! What a big ol’ bugger! It was absolutely delicious in the most dirtiest of ways.

Fries (Â£2.50) were a bit soggy and grease laden for me. A side of seriously spicy picked watermelon (Â£4) was most unusual but a brilliant companion for the fried chicken.

I really liked Chick ‘n’ Sours; the quality of the chicken was some of the best I’ve tasted. It’s cheap and cheerful and totally worth a trip to Dalston.