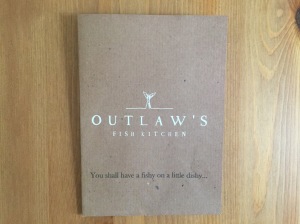 I’ve not had much luck with Nathan Outlaw’s restaurants: even though I really want to love them, apart from an incredible meal at his two star eponymous restaurant in Cornwall, they never quite deliver. Outlaw’s at the Capital played it far too safe and Mariners at Rock was just a bit weird.

Michelin-starred Outlaw’s Fish Kitchen is based in picturesque Port Isaac, which you might recognise as the home of ITV’s Doc Martin. It’s a charmingly quaint restaurant (with the world’s smallest toilet) but the six of us felt awfully squished on our tiny table. My gentleman companion and I were seated in/on the window sill which was an odd and terribly drafty place to sit – we had to wear our coats.

The menu was pretty concise and consisted of “small, delicious seafood plates”. We started with two Porthilly oysters (£2.80 each) with shallot vinegar. They were plump, they were juicy, but they had a little inedible circle of gristle attached to each which wasn’t very pleasant.

Smoked cod’s roe dip with flatbread (£6.50) was fine; nice flavour, pleasant bread. The chilli squid with aubergine, mange tout and peanut salad (£10) had barely any noticeable squid. It was more of a peanut salad with a hint of seafood. There wasn’t enough of the paprika marinated monkfish (£7) to really get me going; it left me wanting to order another 7 plates of the stuff. 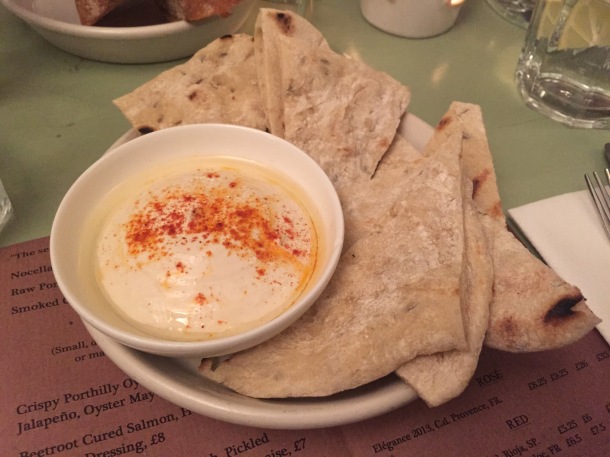 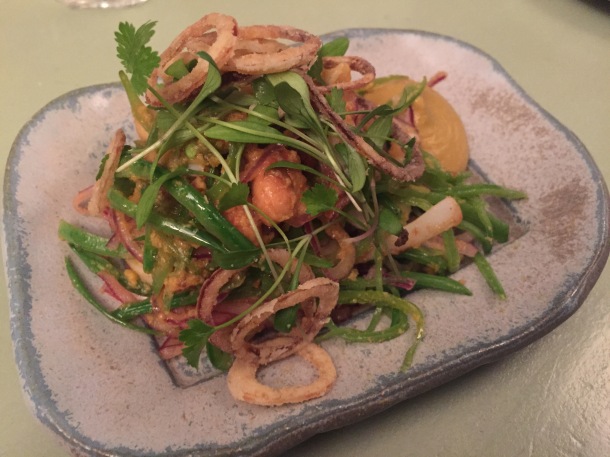 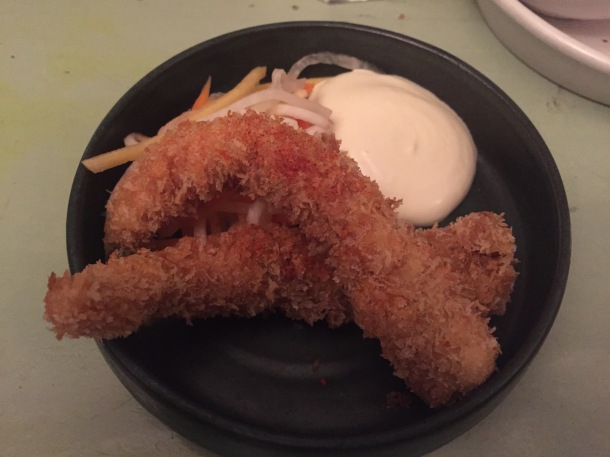 Mussels in a clotted cream sauce (£8) were fine (there goes that word again) and so were the crispy Porthilly oysters (£7.50). Shoestring potatoes (£3.50) were a bit random but totally delicious; crispy, soggy, salty – everything you’d hope for. The fennel, Davidstow cracker and dill gratin (£4) was again, perfectly nice. 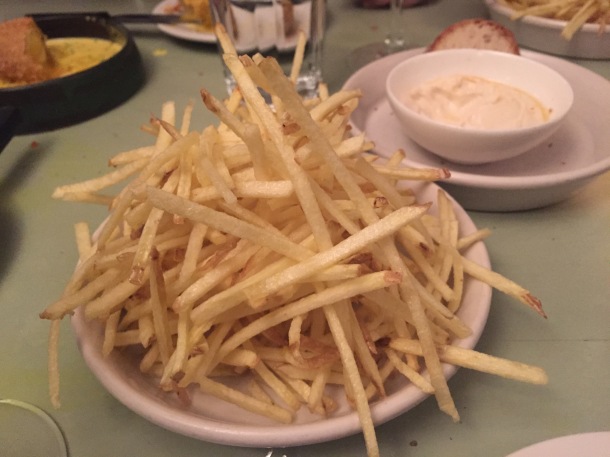 Something that finally hit my “oooh” spot was the crab scotch egg with curry sauce from the specials boards. Its delicate, well-balanced flavour was superb. And that sauce was summink’ else!

For pud, the chocolate and ale cake (£5), with poached pear and honeycomb, was dry and lacked a warm sauce to bring it all together. The vanilla rice pudding (£5) was better, with the little dollops of soft meringue on top being the highlight. 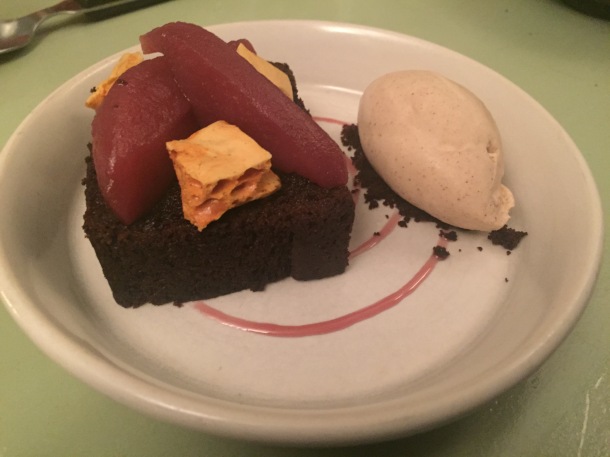 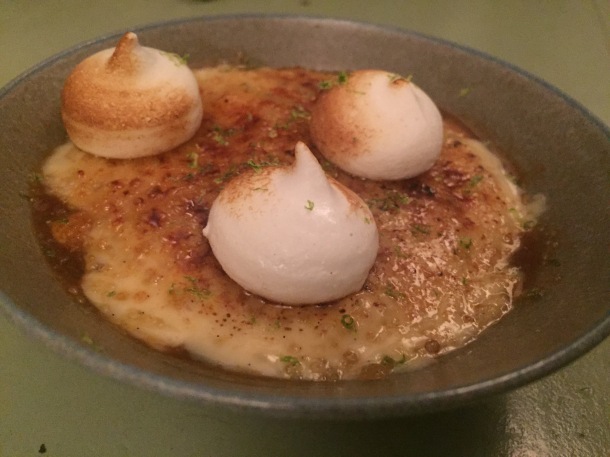 For me, Outlaw’s Fish Kitchen wasn’t disastrously wrong but it wasn’t quite the complete package. The small plates idea didn’t really work and it certainly wasn’t suitable for 6 hungry Rowntrees on the world’s smallest table. The staff seemed to lack knowledge and understanding of how a restaurant works; it all had a garden centre café feel to it. I guess this is another one that isn’t for me.