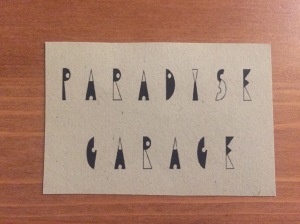 Based on Paradise Row in Bethnal Green, just a few doors down from Mission, this is the third restaurant from Robin Gill – he also owns the ever popular Dairy and Manor in Clapham. It’s a really cute space with turquoise banquettes round the edge and bar stools overlooking the open bar and kitchen; there’s a slight Soho House feel to things. 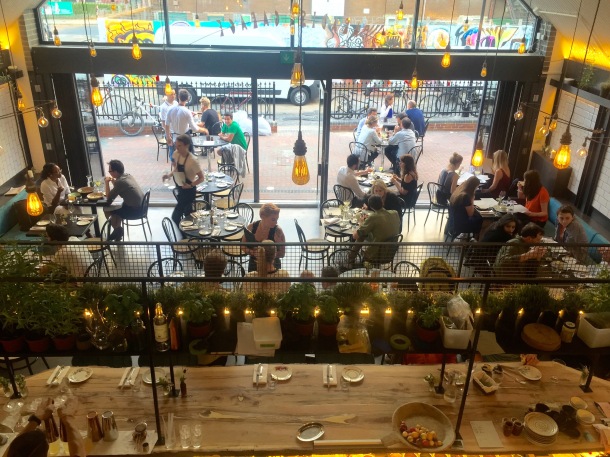 Our tattoo-laden waitress was possibly the friendliest we’ve come across; a total charmer. We opted for the tasting menu (£45) even though plenty from the a la carte sounded right up my alley.

To start, some sourdough bread with whiskey butter and slices of salumi were as good a start to a meal as you could hope for. The butter, which had a milky texture, was divine. 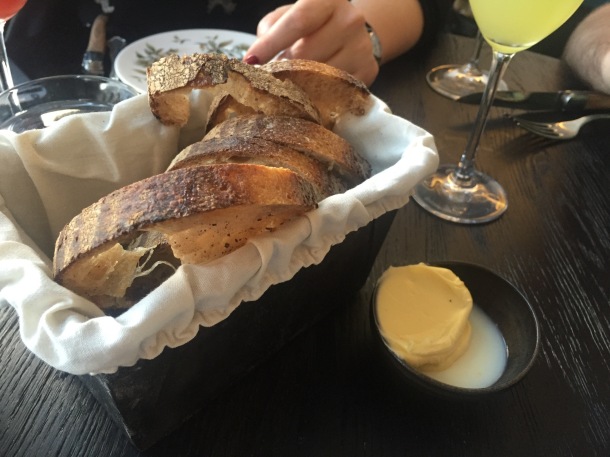 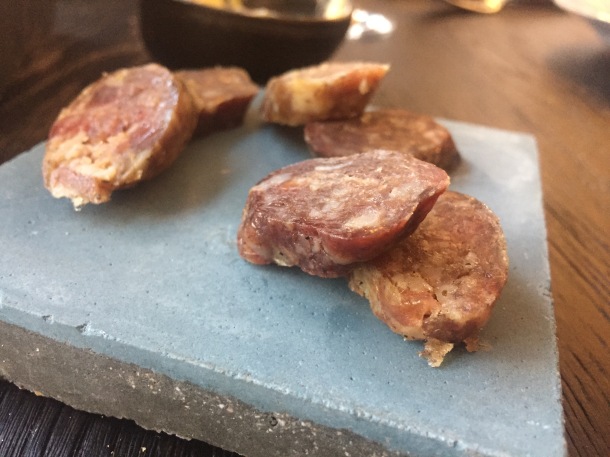 Sweet corn with hemp seed was so good I momentarily forgot my hatred of sweet corn. The charred corny jewels had a smoky flavour which was lovely. Salt cod brandade, squid ink, olives and shellfish crisp was a nice little nibble and Willy’s mackerel tartare, kohlrabi, apple and grilled lemon was a seafood delight. 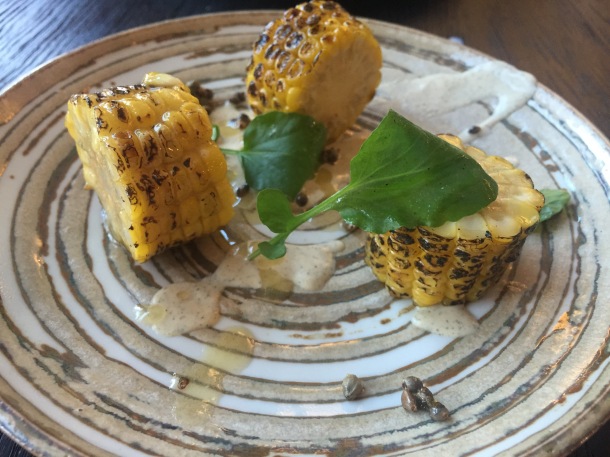 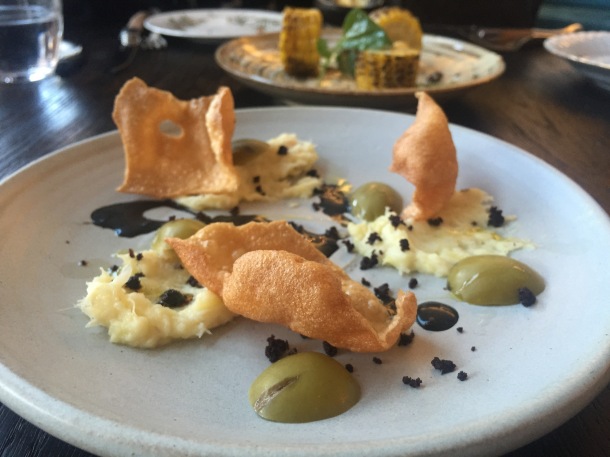 I was less keen on the globe artichokes with padron peppers, partly because I’m not overly keen on artichokes and partly because I didn’t feel cohesion in terms of flavour. Smoked eel was far more appealing – who doesn’t like smoked eel eh? The accompanying Norfolk pears, seaweed and mousserons sang together like a glorious choir. 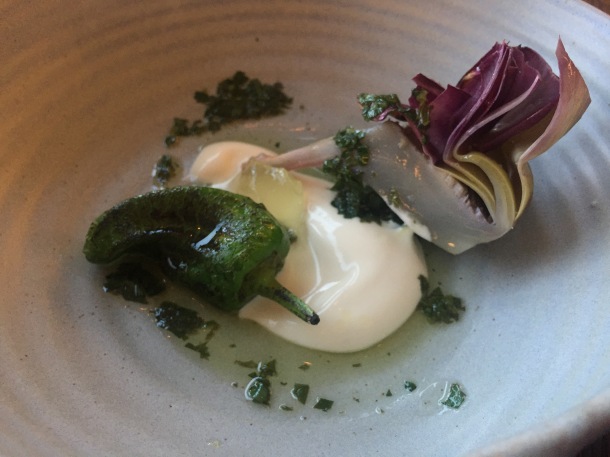 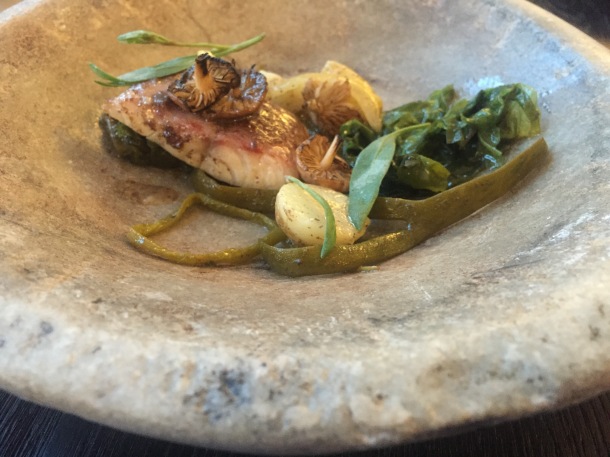 For main there were two options; Welsh lamb rump with sweetbread and peas, which was heavenly, and a Chart Farm venison haunch which was only let down by a slightly dry texture. A miso glaze provided plenty of favour though. 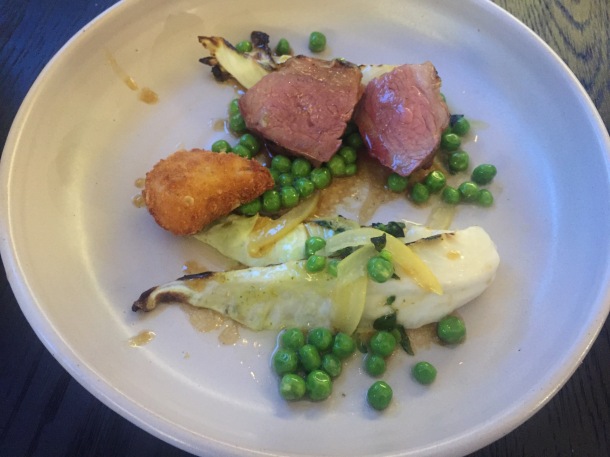 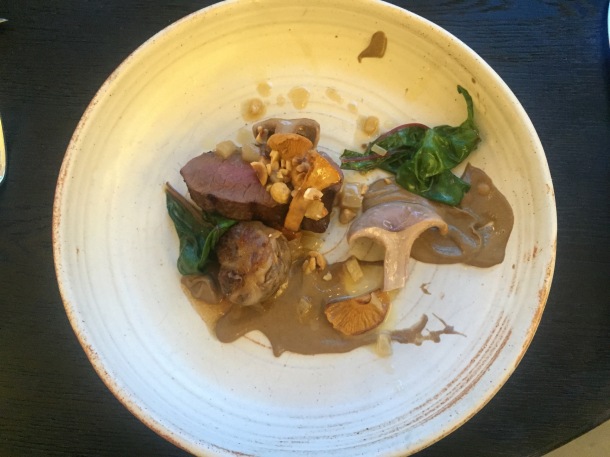 A palate cleanser of cucumber sorbet, melon and basil was most peculiar but it did the job brilliantly. Desserts were a real highlight; my Innis and Gunn beer ice cream (a type of craft beer), blackberries and almond biscuit was an impressive blend of sweet and savoury. The same could be said for the caramelised white chocolate with strawberries. Both looked and tasted beautiful. And cheeses, three from Neal’s Yard, were exquisite. 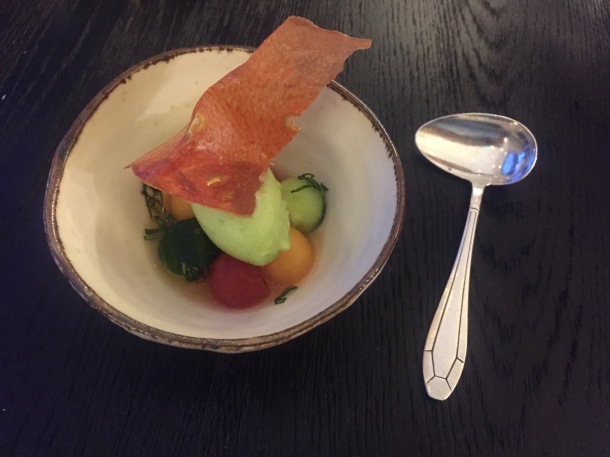 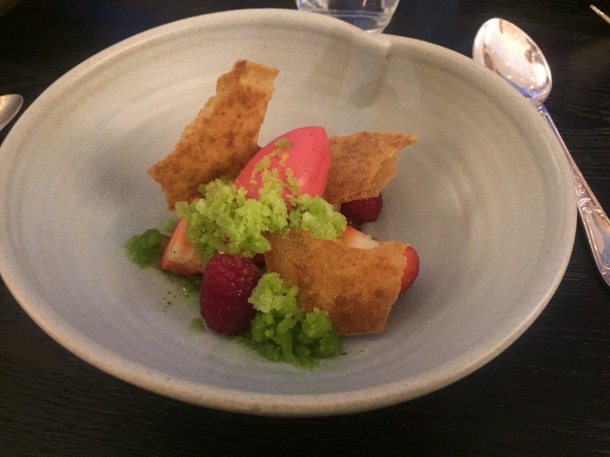 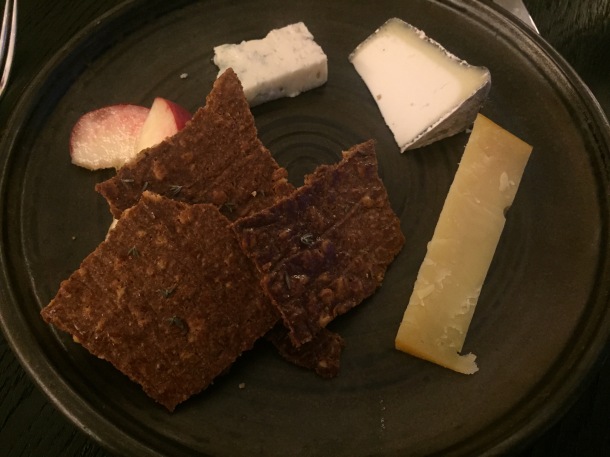 What I love about Robin’s food (along with head chef Simon Woodrow) is he rarely plays it safe. The ingredients and flavour combinations are daring, often unusual and really rather exciting. Sometimes they’re not perfect but it doesn’t matter, because when they’re good, they’re spot on. Marry that with some super friendly service and you’ve got the makings of another fine restaurant.