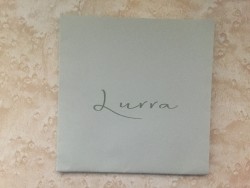 This is the second restaurant from husband and wife team, Nemanja and Melody, on Seymour Street in Marylebone. Donostia has proved quietly popular so it made sense for them to open another just opposite called Lurra, meaning ‘land’ in Basque.

It’s one of the more beautiful spaces I’ve been to recently; the overall look is like that of a millionaire’s apartment – a millionaire who clearlyÂ knows a lot about design. We were seated at the counter on comfy (but slightly wobbly) stools overlooking the tiny, buzzing kitchen. 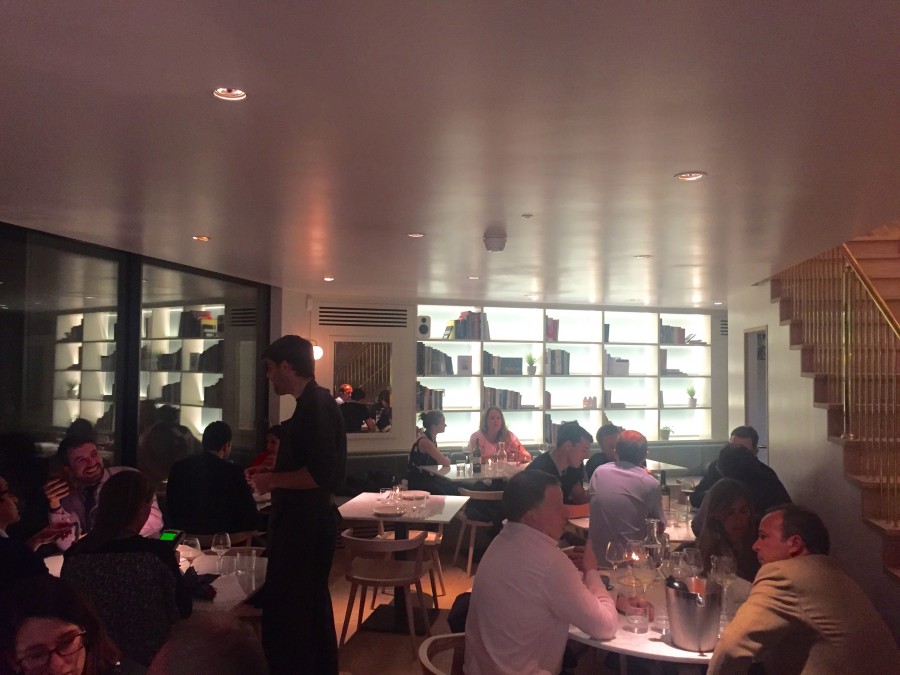 The menu reads particularly well featuring smaller sharing plates like courgette flower with cod brandada and prawn croquettas. We however went solely for the 14 year Rubia Galena “Galician Blond” prime rib (Â£65/kilo). It was a beastly size and the meat looked rather dashing; veering from pink and ruby red to a deep dark brown. The owner has his own company that imports this beef and he provides such restaurants as Kitty Fisher’s with it. If steak is your thing, then this will be up there with the best you’ve tried. 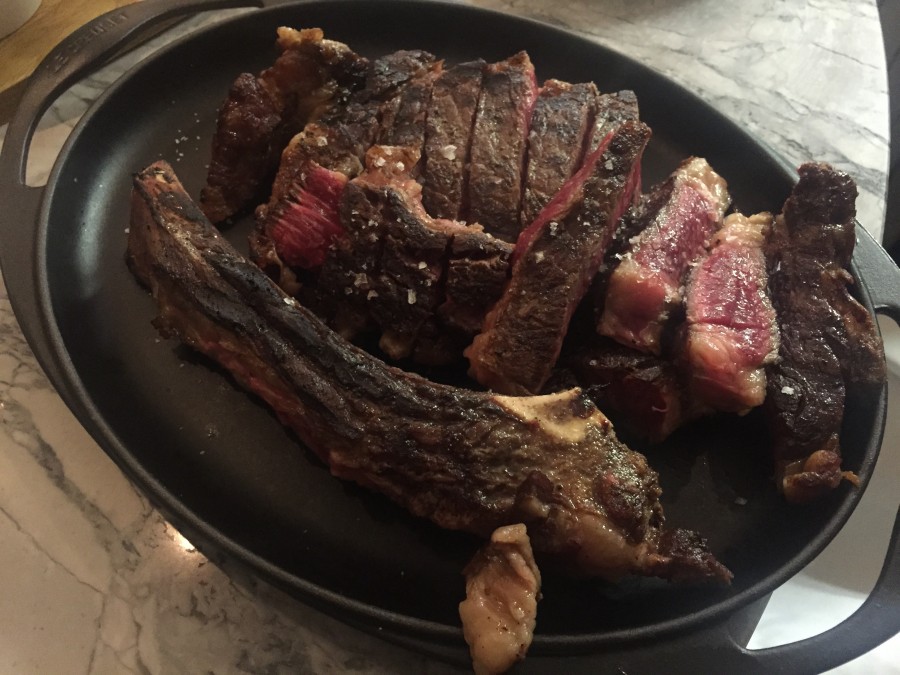 Surprisingly though, the fries (Â£5) almost stole the show. Lightly sprinkled with smoked paprika and served with a punchy aioli, they were better than you’d find in most burger joints. 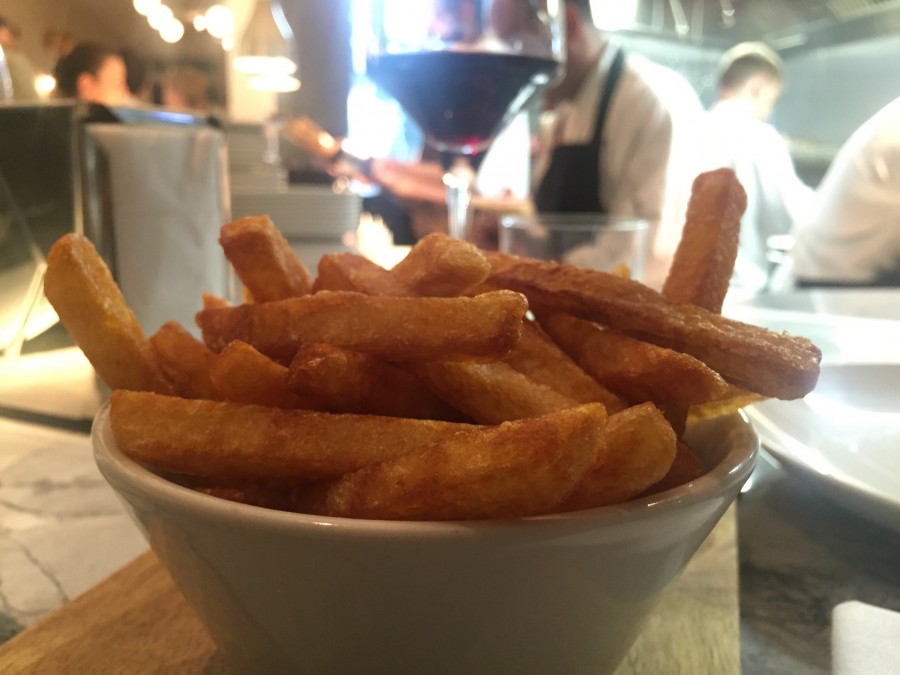 Dessert was an odd one, it’s the sort you’d either love or hate; traditional mamia with orange blossom honey (Â£5). It had the texture of curdled milk but the creamy flavour along with the thick honey was totally addictive. I was a fan, but I can see why you might not be. 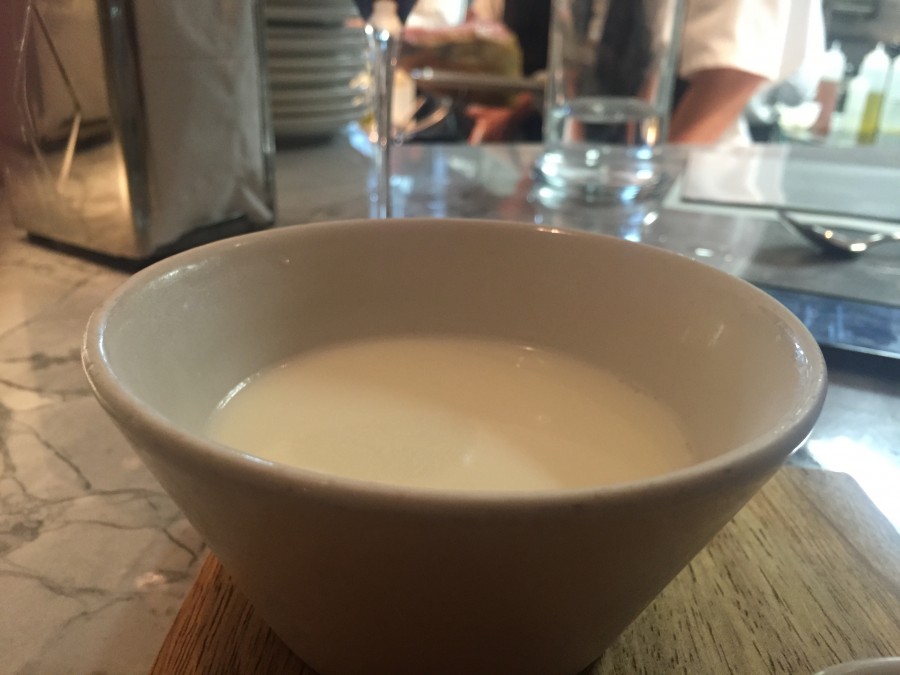 I really loved Lurra, for a newly opened restaurant it had got everything just right; it felt like the locals had been going there for years already. I’d love to go back and try the menu in full, but if it’s beef and chips you’re after, go.