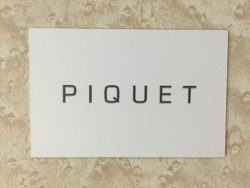 Piquet is the new restaurant from Allan Pickett, a lovely chap who used to be head chef at D&D’s Plateau in Canary Wharf. It’s based in Fitzrovia (just a two second stroll from the middle of Oxford Street) which has fast become a mecca for good food.

There’s a ground floor bar which is dark and sexy, and a basement dining room. As we were visiting on their opening day, a few little things weren’t quite ready but on the whole it’s a real looker of a restaurant, with a semi open kitchen to add a little theatre. 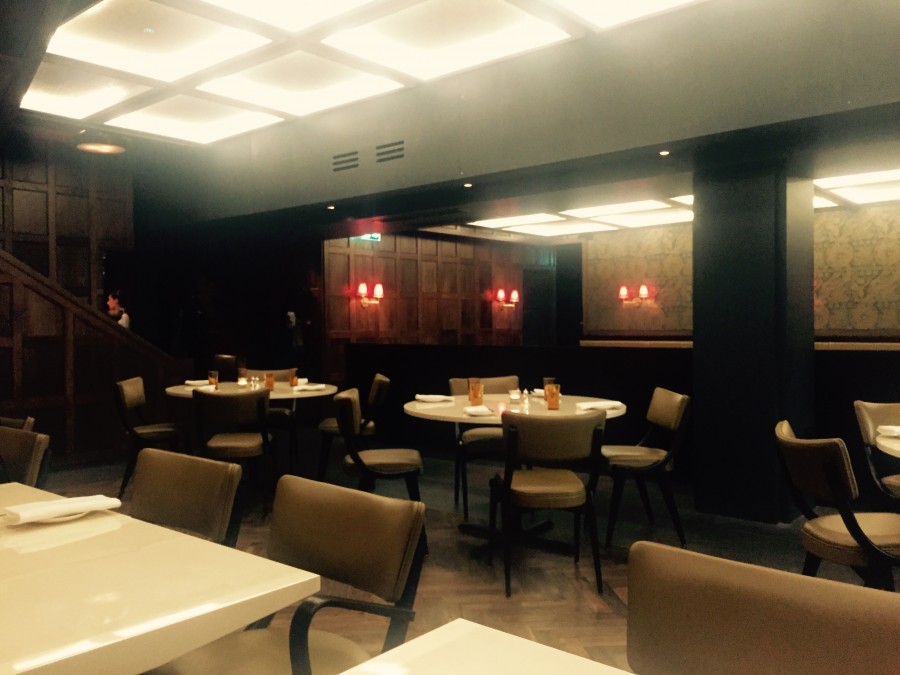 To start, the pressed suckling pig with prunes, black pudding and cauliflower puree (£9.50) was a real big boy’s portion; right up my alley. Marinated Scottish sea scallops with pickled apple, cucumber and squid ink (£9) was far more dainty, yet still big on flavour. 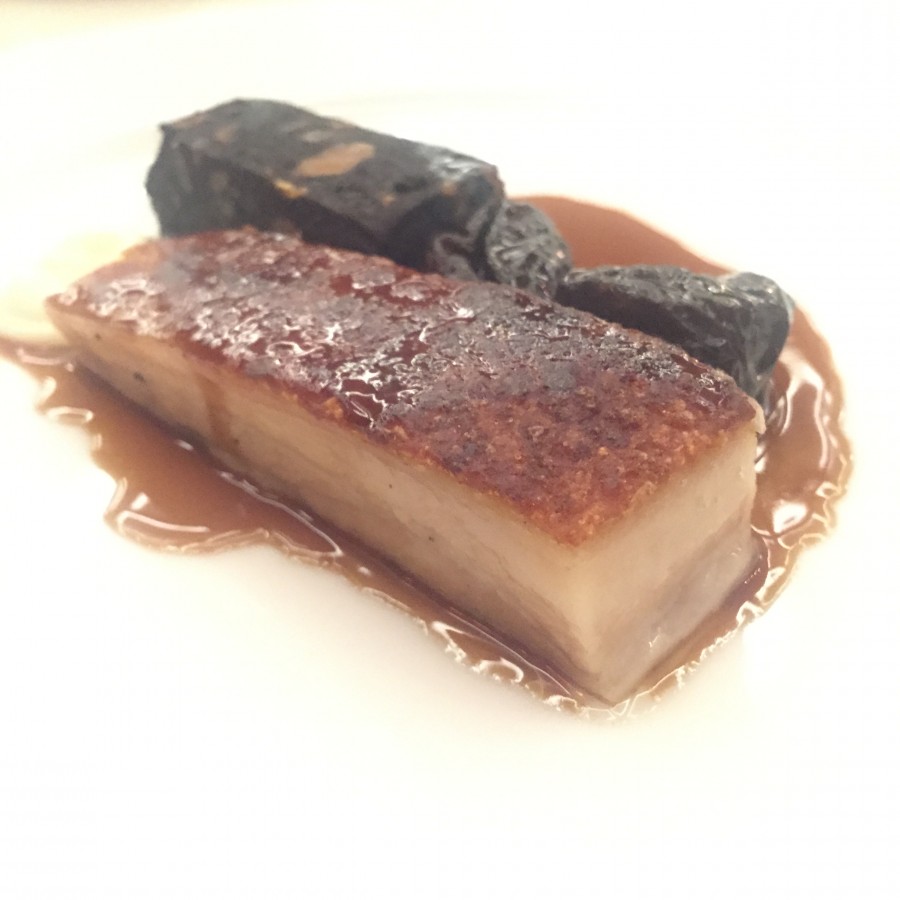 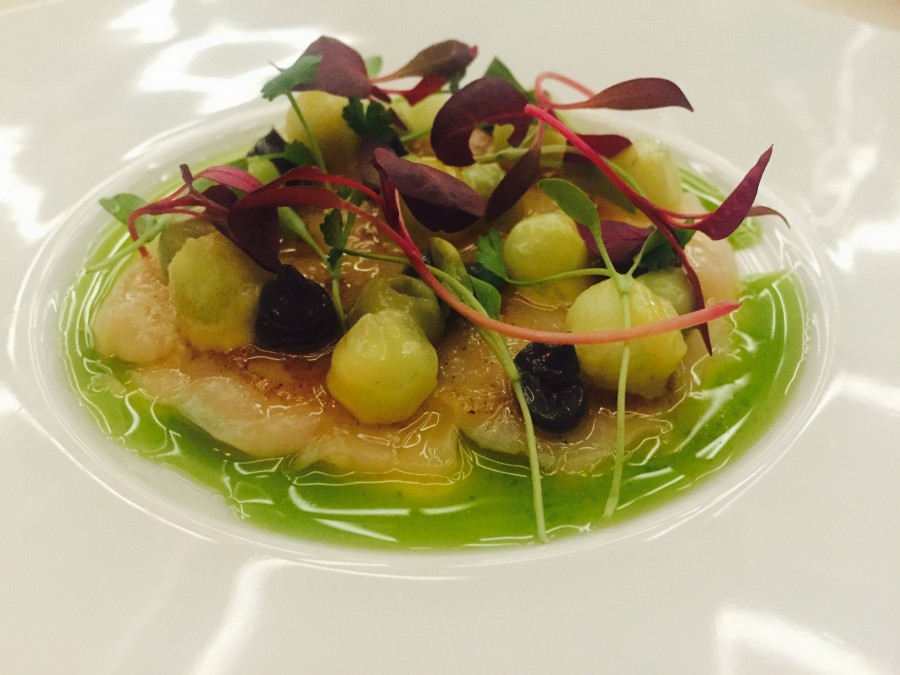 Littlebourne snails on toast (£10) could have done with crisper toast, but the garlic butter that it was drenched in was just divine. The snails weren’t in the least bit chewy, which is so often the case. 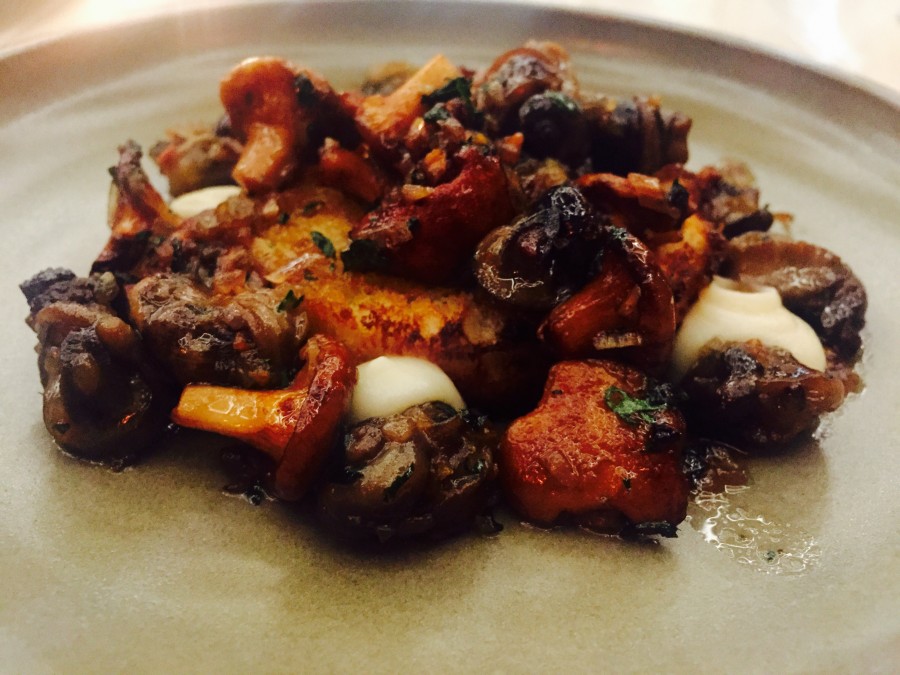 For main, my grilled rib eye of Black Angus (£26.50) was cooked simply, executed perfectly; the meat had a nice char to it with a ruby red centre, the fries aggressively salty and finished off with a creamy, tangy bearnaise. My kind of supper. 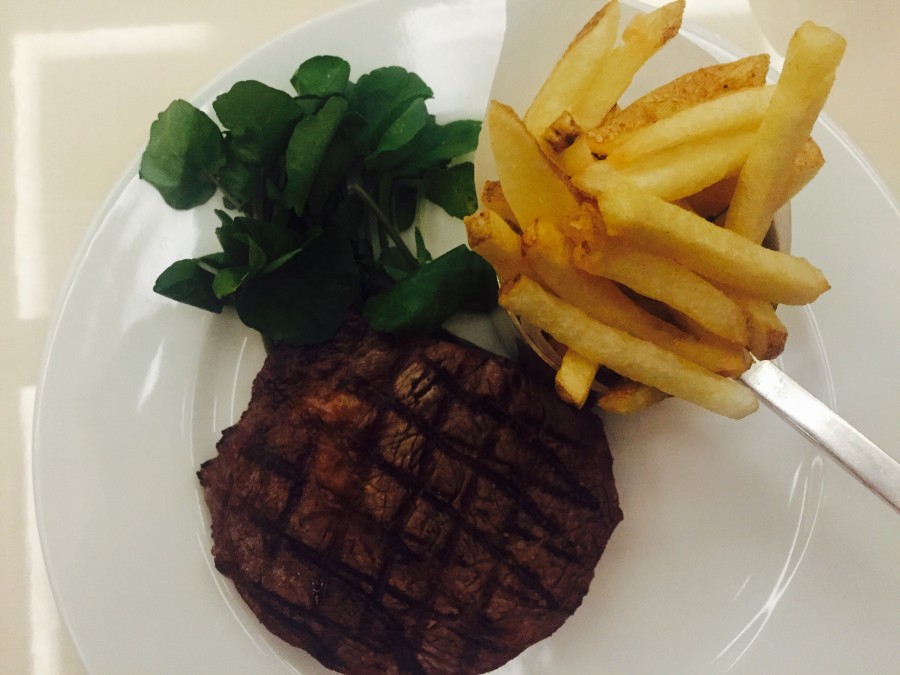 My gentleman companion (I haven’t used that for a while) went for the steamed monkfish (£17) which lacked a bit of pizzazz on the plate. It was cooked perfectly mind, and some seared ox tongue added much needed richness to proceedings. 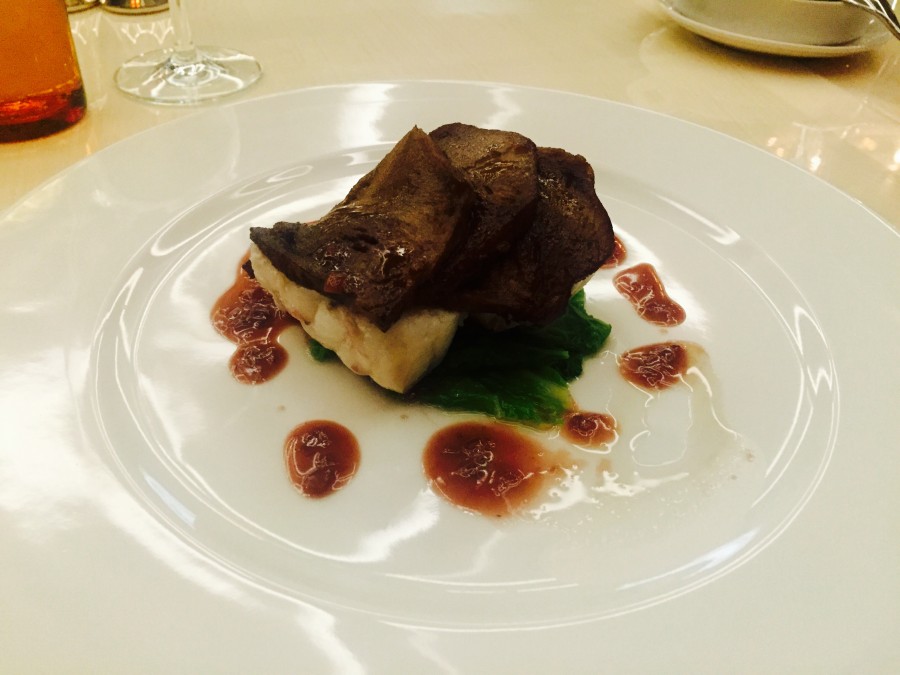 Cheese from the trolley (£9) was pretty special; French ones, Kent ones – we went for four of the pongiest which were accompanied by the most delightfully thin crispbreads. The real star of the evening was in the form of a plum tart (£6.50). Like a bakewell tart it was, simply magnificent and a must order. 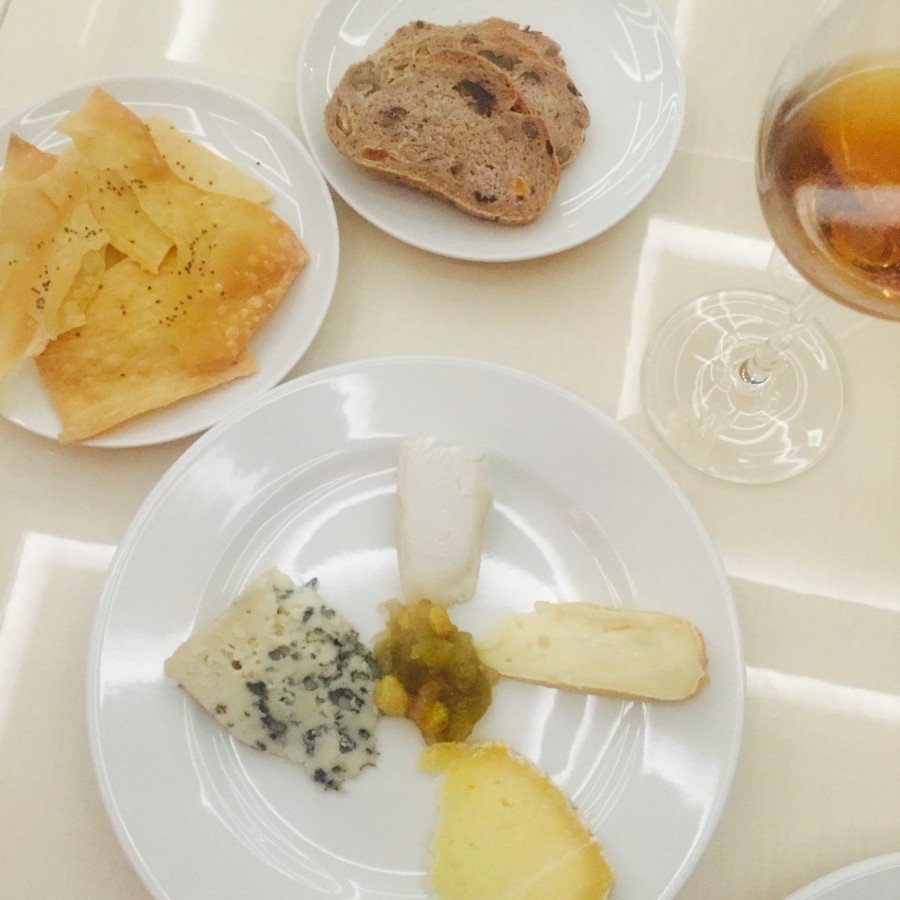 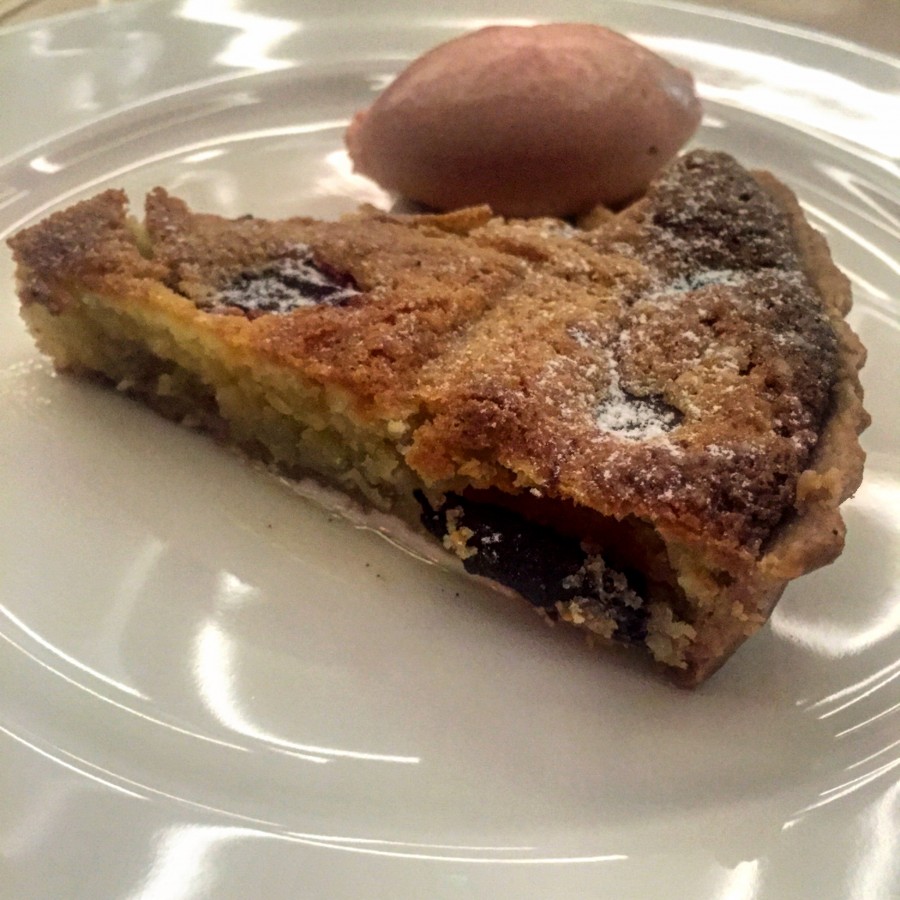 So Piquet might be new, and it might be finding its feet, but the cooking is absolutely on the money. It’s hearty and utterly delicious which always gets my vote. They’re launching a daily changing roast from the carving trolley too. Anyone fancy going for lunch?