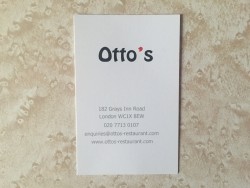 Otto’s is one of those restaurants that seriously doesn’t follow trends. The food is as dated as the decor, yet the whole thing, from the handshake you receive as you walk in the door, to the perfectly cooked classics, makes you fall in love with the place. 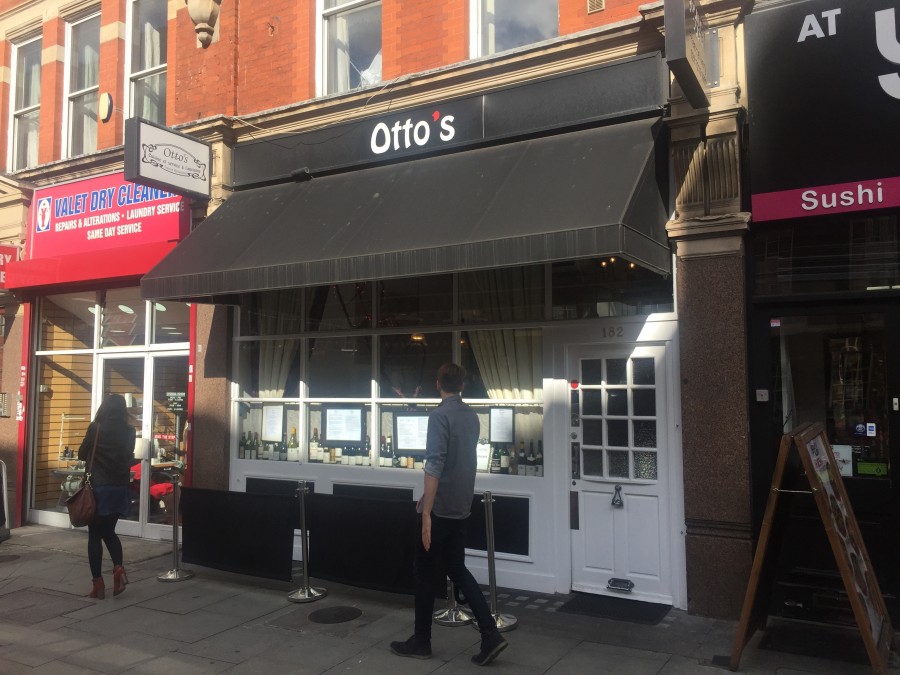 As we were going for the pre ordered canard a la press (£140 for two), something of a signature dish by owner Otto, we were seated near the kitchen on a grand, antique settee. The springs had however boinged so I was provided a cushion with Audrey Hepburn’s face on it; all a little bizarre but in a charming way. 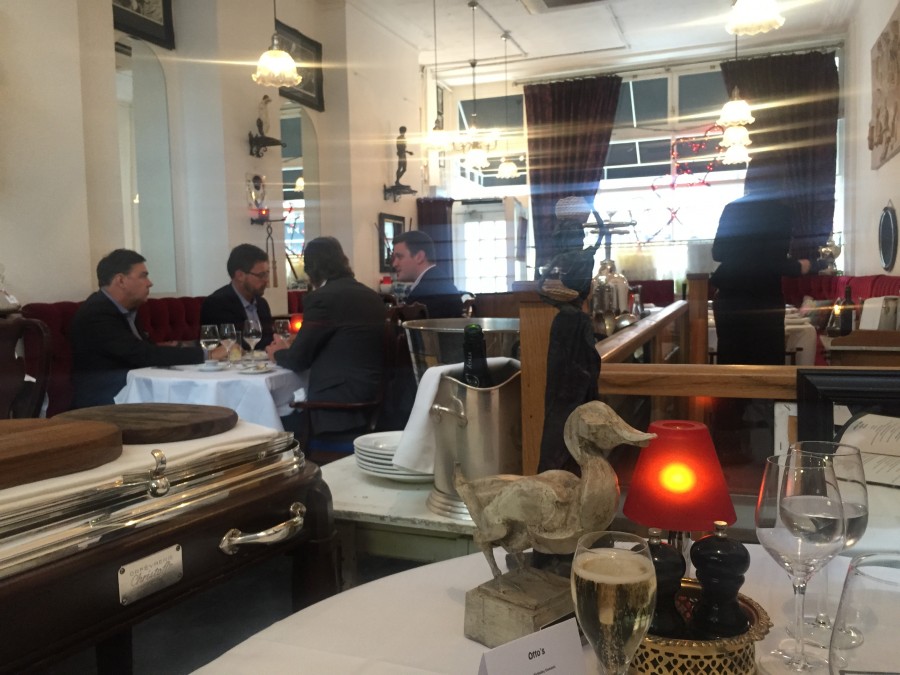 We started with the Scottish smoked salmon (£12.95) carved at the table. It took ages, which was all part of fun, and the quality of the fish was sublime. It was topped with shed loads of capers, shallots and cream cheese. 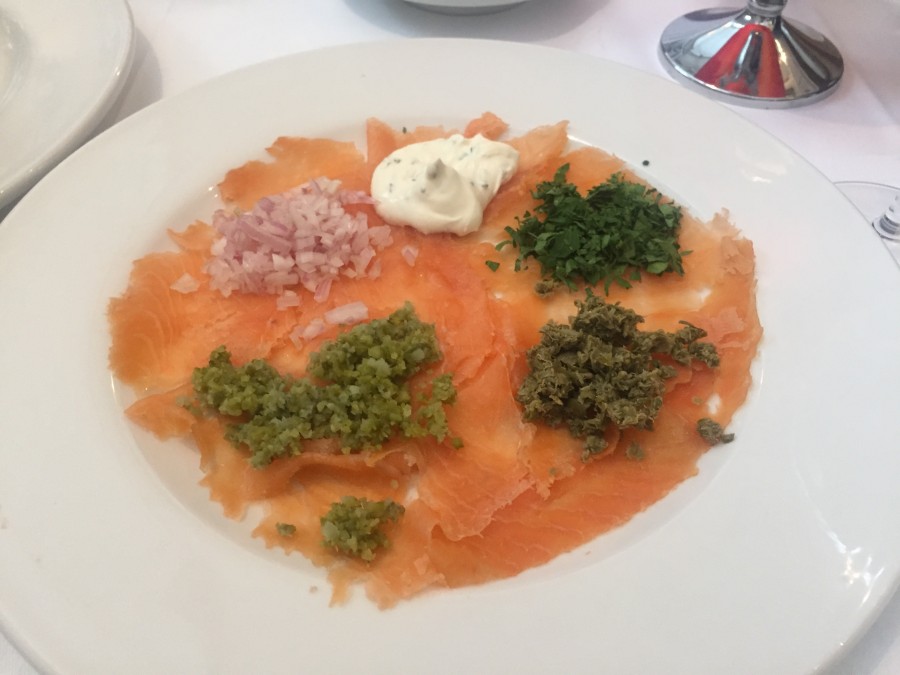 Soufflé de homard (£16) was a lobster soufflé, accompanied by the most heavenly lobster bisque which I could have drank gallons of. The wonky soufflé may have looked far from pristine but the flavour was sensational. 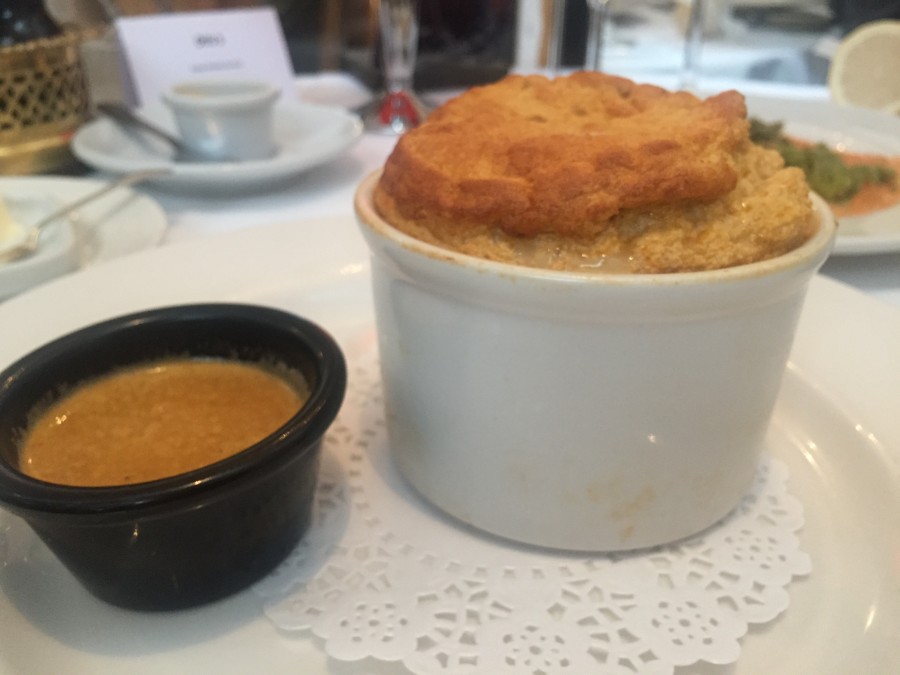 The duck was brought out in stages, (even raw for us to have a good look at it) and we started with the livers on a crumbly brioche, served with a cup of Sauternes. 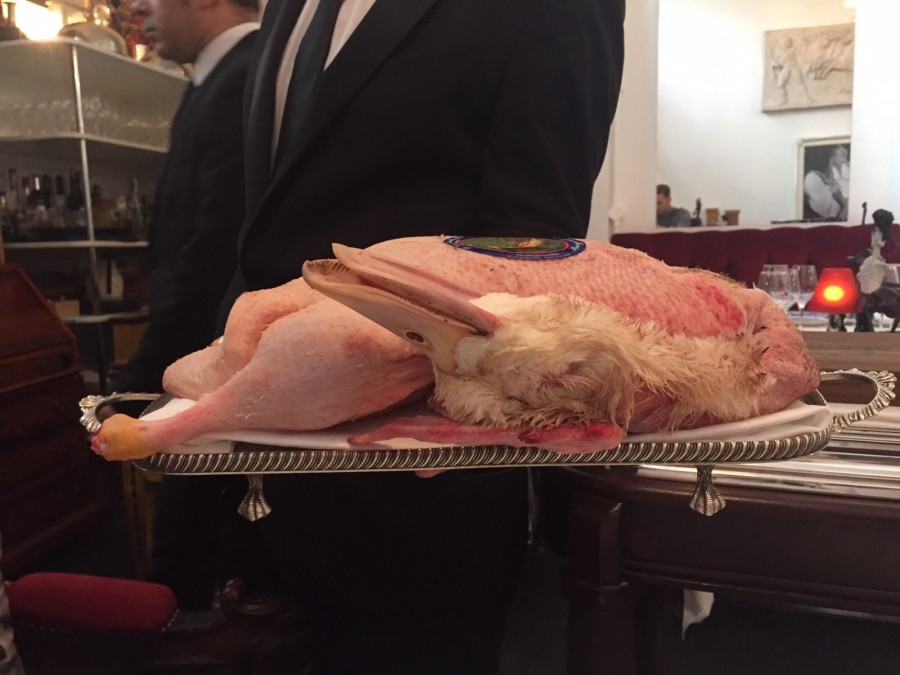 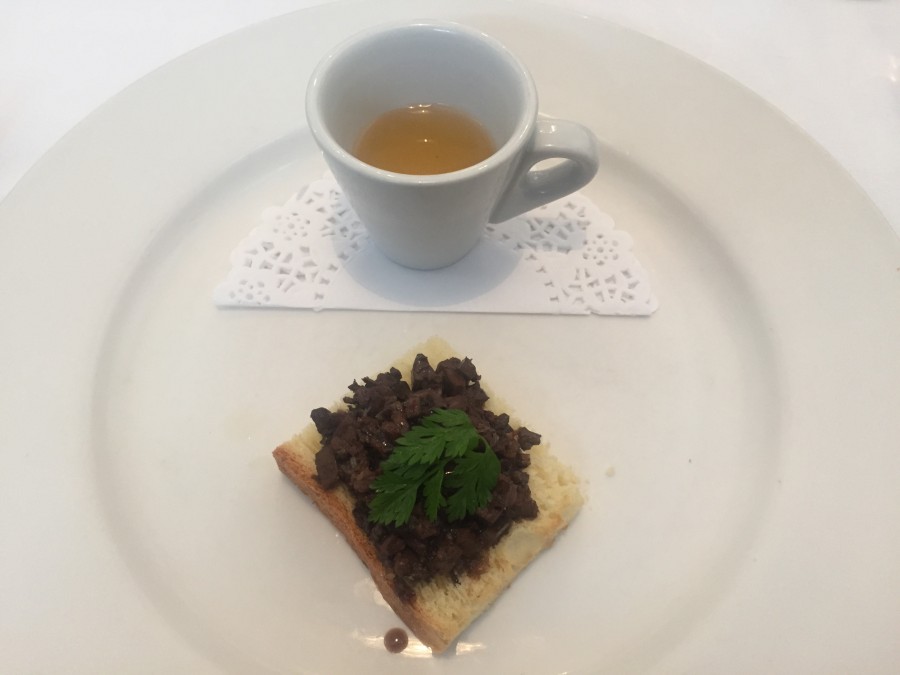 Next up were slices of the breast in a sauce thickened with the blood from the crushed carcass, and I can quite honestly say it was the best sauce I’ve ever eaten in my life. A side of green beans and pommes soufflé (if you’ve never had these little crispy potato puffs before then you haven’t lived!) was totally unforgettable. 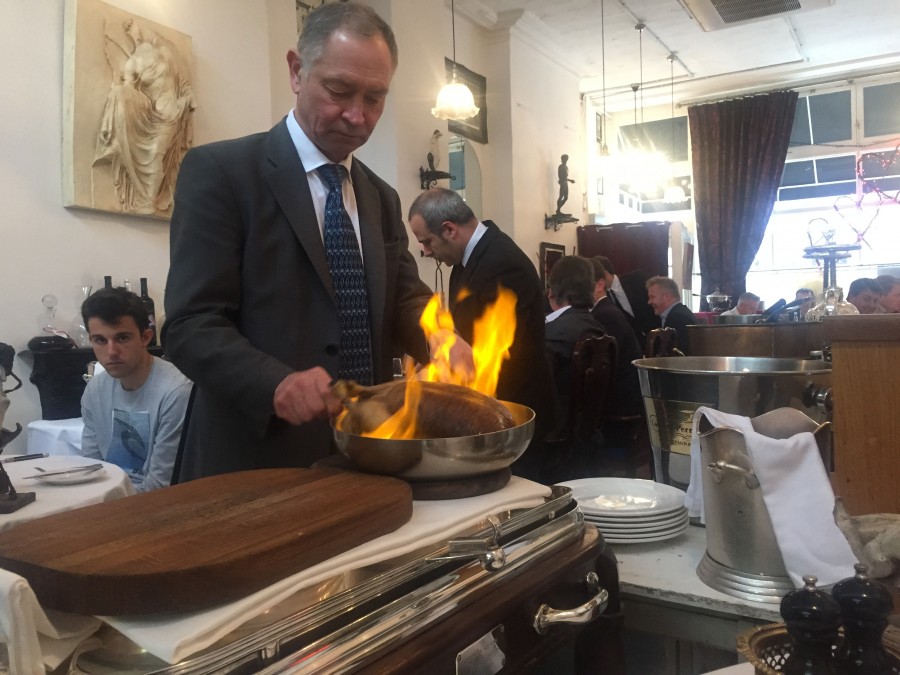 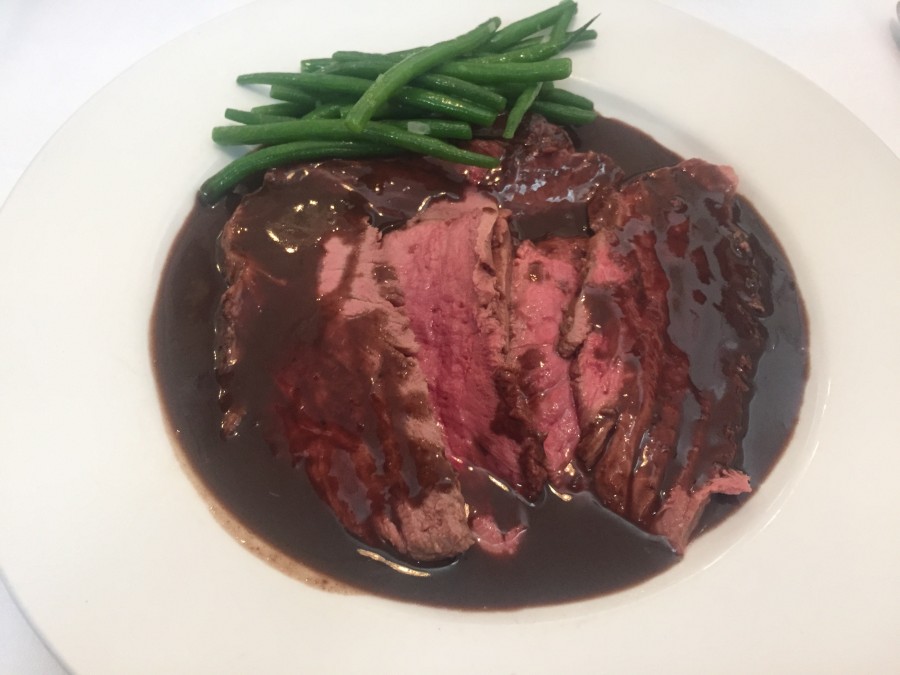 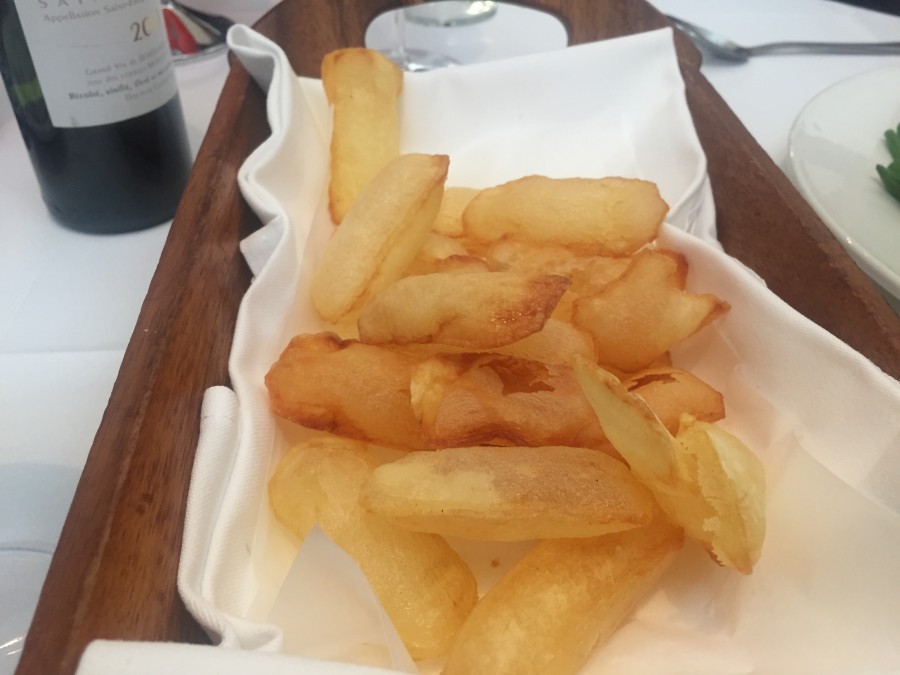 The next plate featured chunks of the leg meat mixed with lardons and friseé salad. It was nice and totally harmless but it nowhere near lived up to the wonderment that came before it. I think I would have preferred the legs on their own. 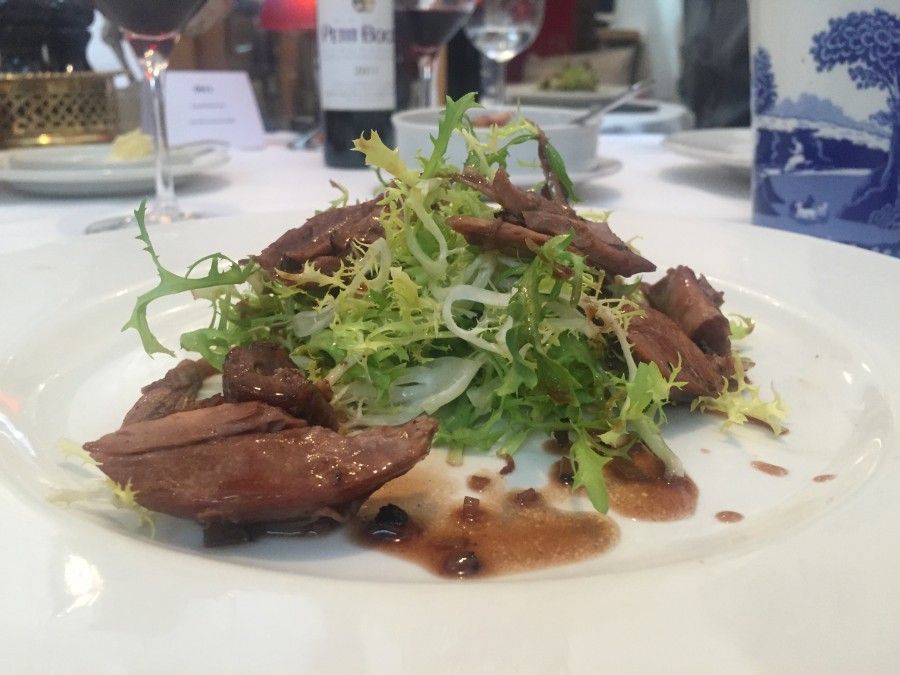 Otto’s is a total experience and one I would recommend to EVERYONE. As I sat there on Audrey’s face, eating duck drenched in blood sauce and sipping on a glass of Côtes du Rhône, I was in pure restaurant heaven.