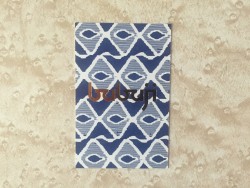 Isn’t Alan Yau a busy chap? He’s about to open Park Chinois in Mayfair, he’s got Duck&Rice in Soho doing a roaring trade and now, after a long closure due to an electrical fire, Babaji has reopened. It’s a Turkish restaurant specialising in pide, a boat shaped Turkish pizza. 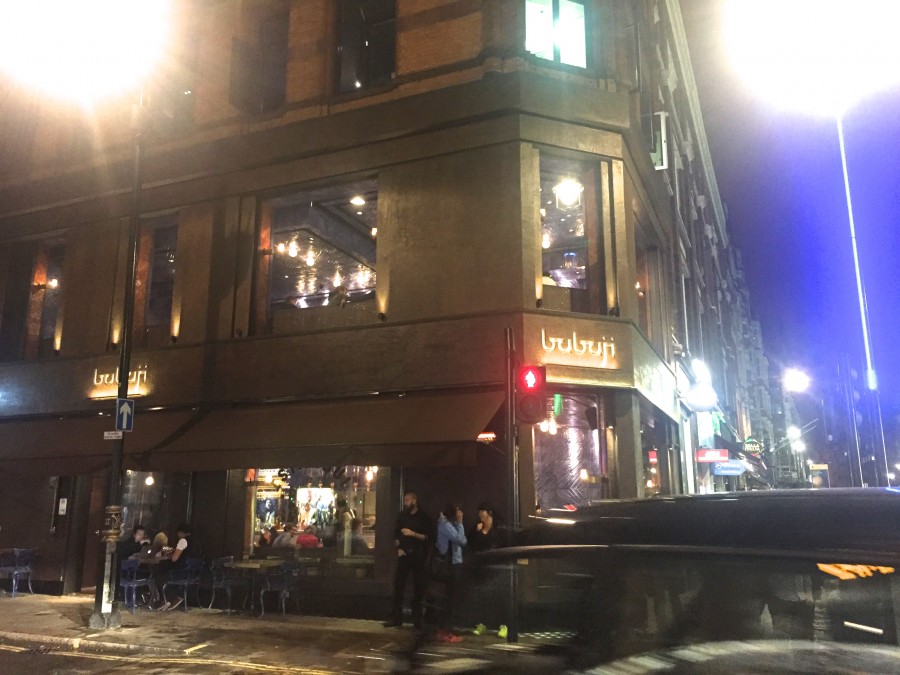 We were seated downstairs by the open kitchen with views from the large windows down Shaftesbury Avenue – great for people watching. It was insanely cramped though, I had to keep moving my chair to let people past. If you can, avoid sitting upstairs as it’s far less exciting. 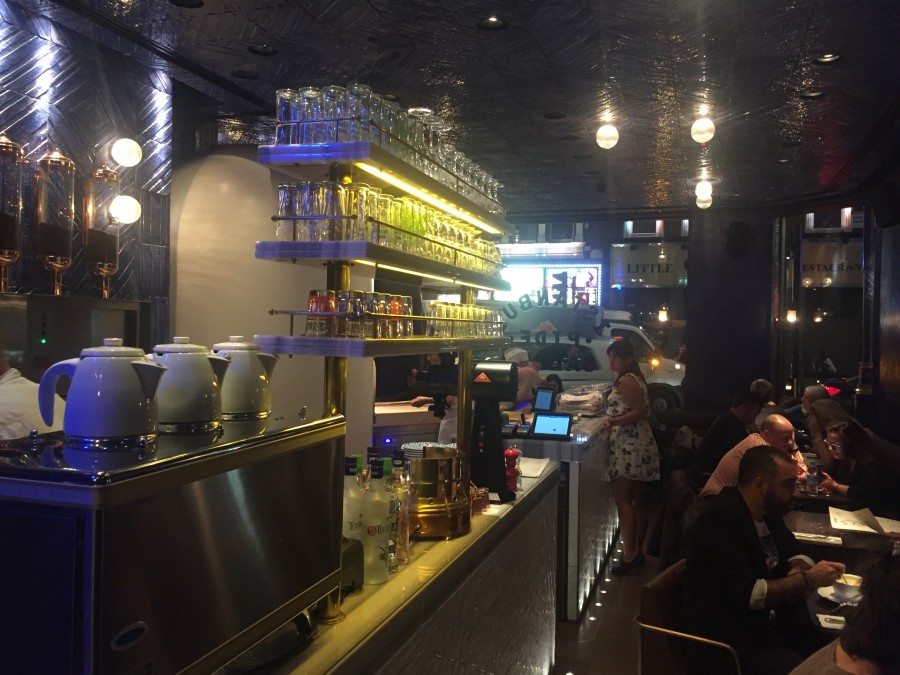 We started with fried calamari (£6.90) which was awfully soggy. The calamari itself seemed well cooked and not stringy but it was very wet and sloppy. Borëk, which was filo pastry filled with cheese and spinach (£4.80) was nice but not particularly wowee. Bit greasy too. 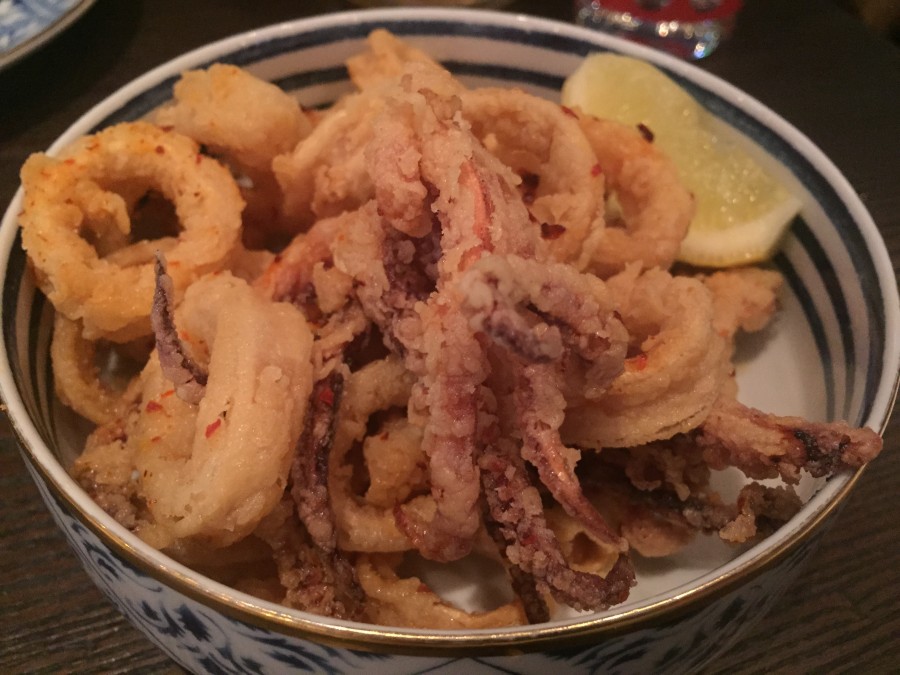 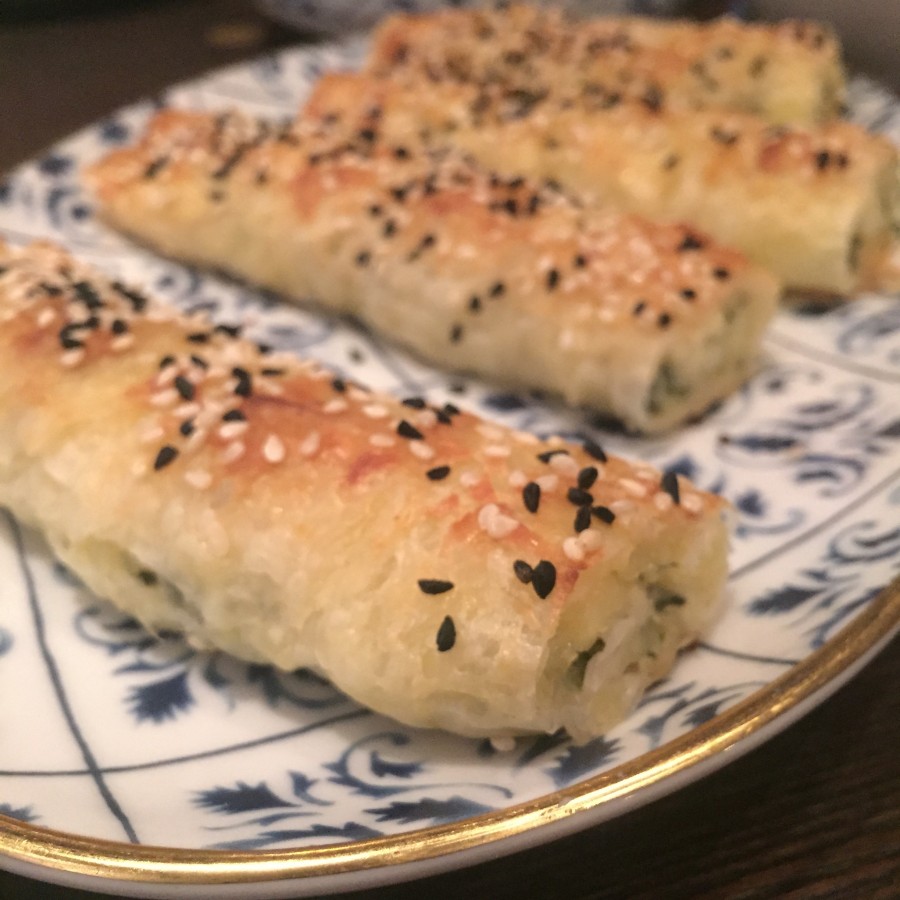 Talking of grease, the Turkish fried chicken (£9) was swimming in the stuff. They’d bashed out a chicken thigh and not removed the skin so it was fatty, soggy and covered in an equally grease laden crumb. Proper minging stuff. 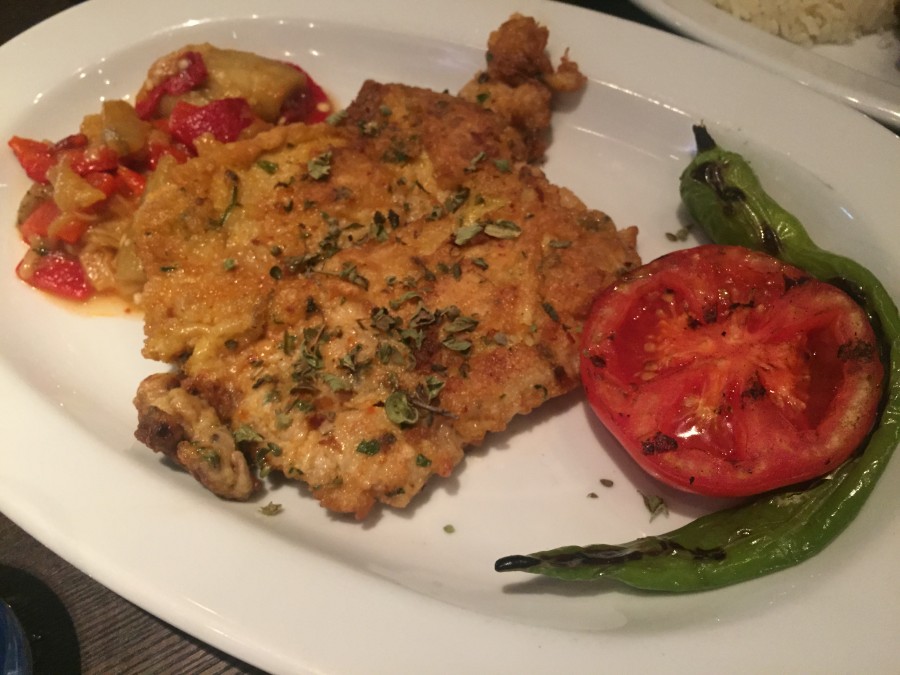 The minced lamb pide (£8.50) lacked any real flavour as the meat was a bit watery and the bread in the centre had therefore become soggy. Nothing was spicy enough, there was no attack, no boldness. 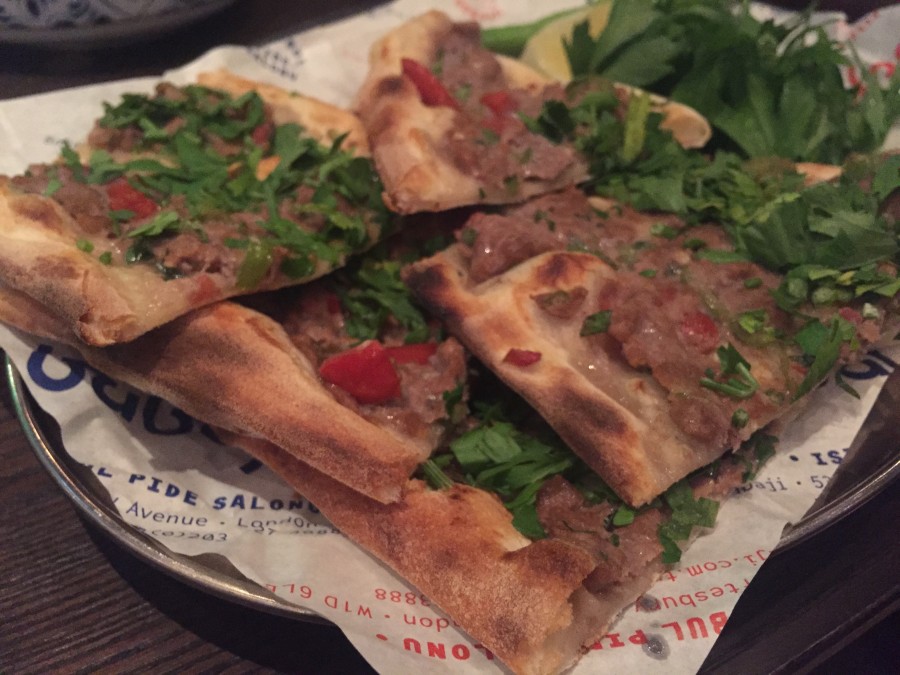 The best thing we ate was the grilled lamb ribs (£9.50), which featured soft, succulent meat, and charred, smoky fat. I could have eaten a couple of hundred of the things. I didn’t think much of the accompanying rice though. 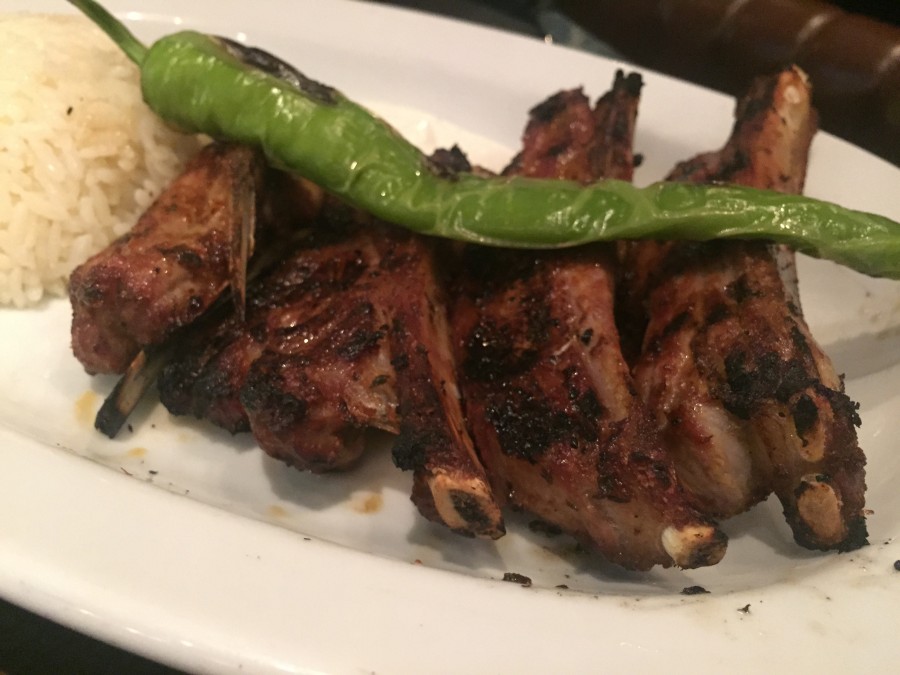 For pud, we shared the künefe (£6.50) which was sweet shredded pastry with cheese and pistachio. Again, way too greasy and just a bit sickly. 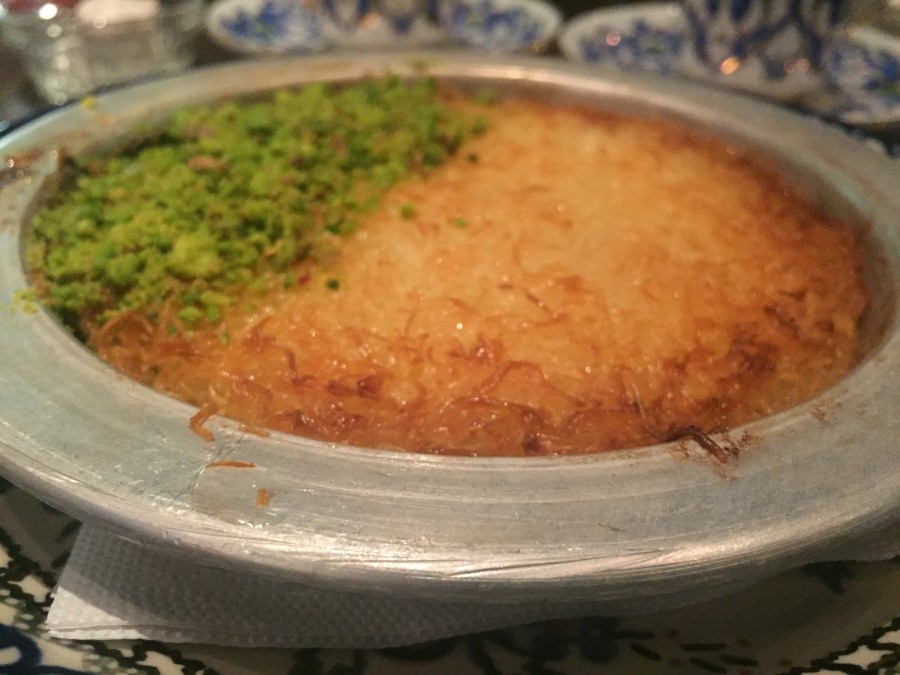 I left Babaji feeling completely underwhelmed. I longed for the food at Arabica Bar and Kitchen in Borough Market – there the food is punchy and exciting. This felt a bit like stuff for the tourists – and given its location, maybe that’s for the best. But it’s not for me.