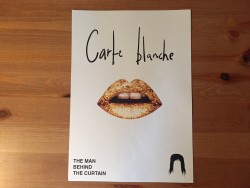 It’s been quite a year for Michael O’Hare (heâ€™s the chap with the crazy black mullet). His first Michelin star was awarded to his restaurant The Man Behind the Curtain in Leeds, then he won the regional heats and cooked the fish course at the banquet on BBC’s Great British Menu. And he’s had a haircut – it’s all go. 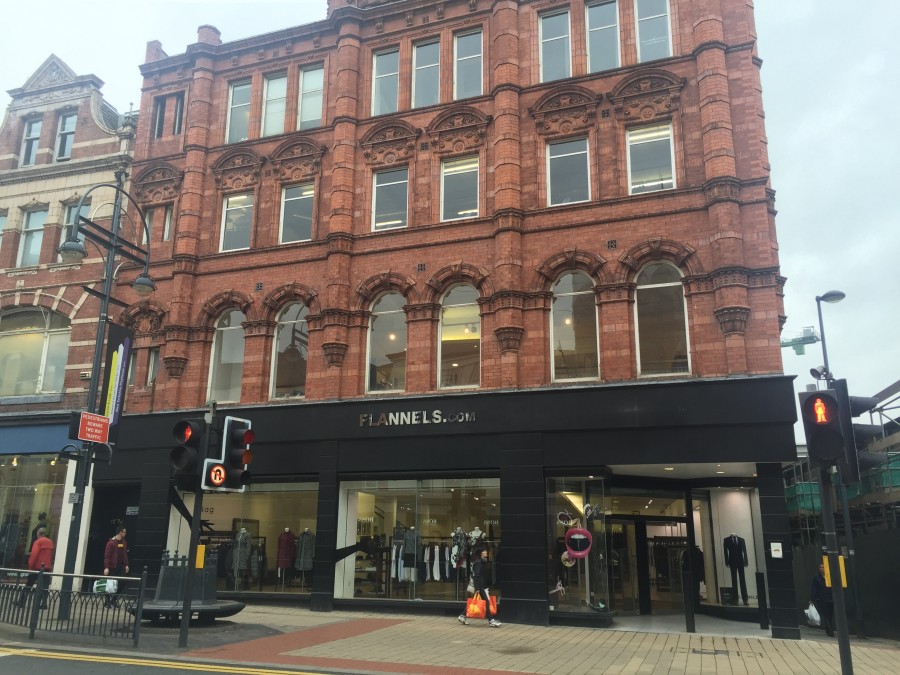 The restaurant is on the top floor of Flannel’s – a luxuryÂ department store. The space feels like a cross between the shop floor and an art gallery; random graffiti dotted around the place felt artistic as opposed to vandalistic. 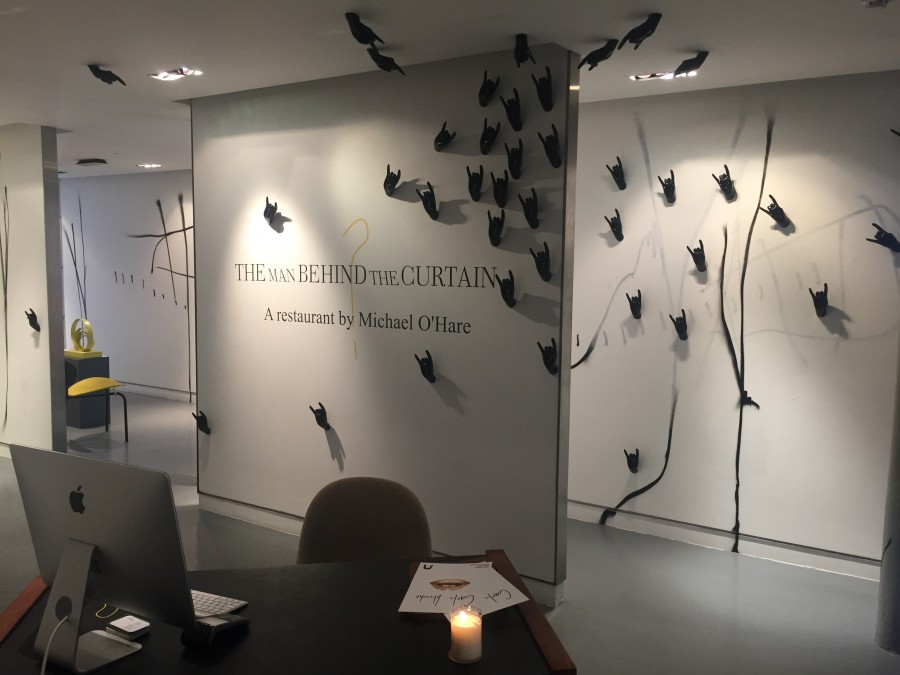 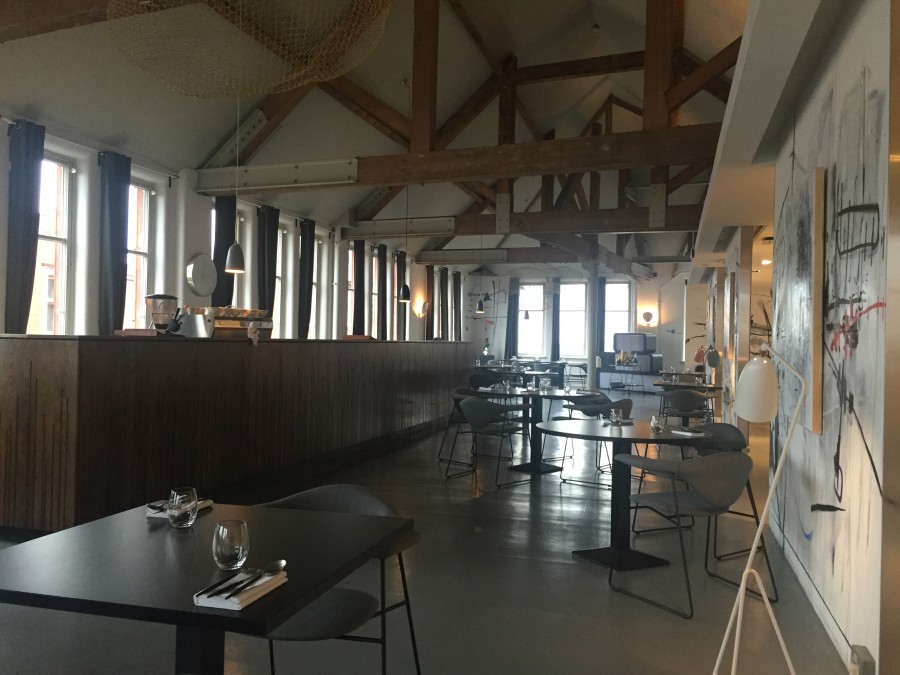 A whole host of snacks won us over from the get go. Raw langoustine, lamb belly in little pancakes you get at the Chinese, octopus, sea urchin, ox cheek; all were exciting mouthfuls and beautifully presented. 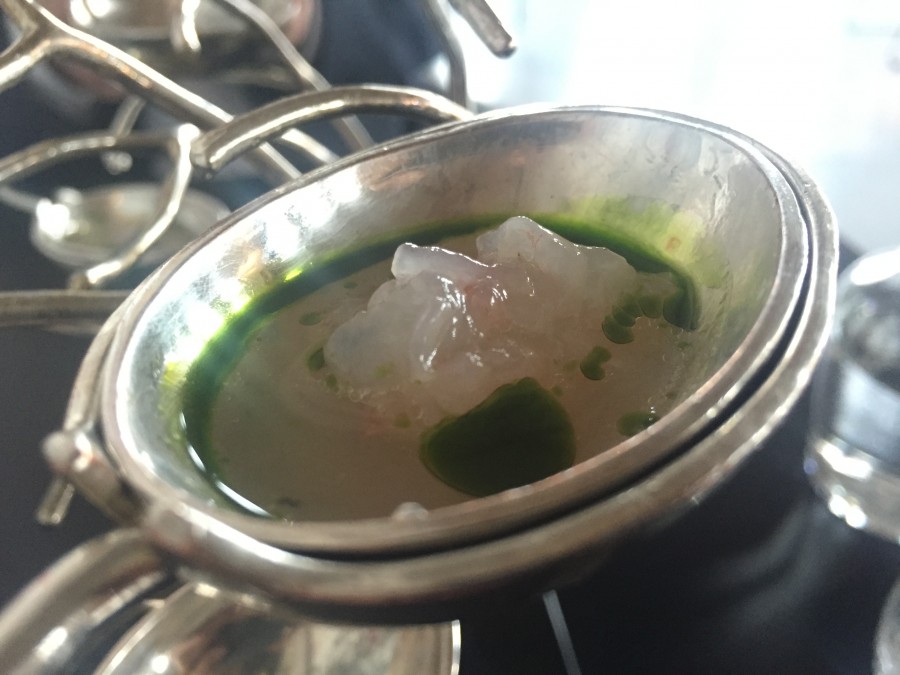 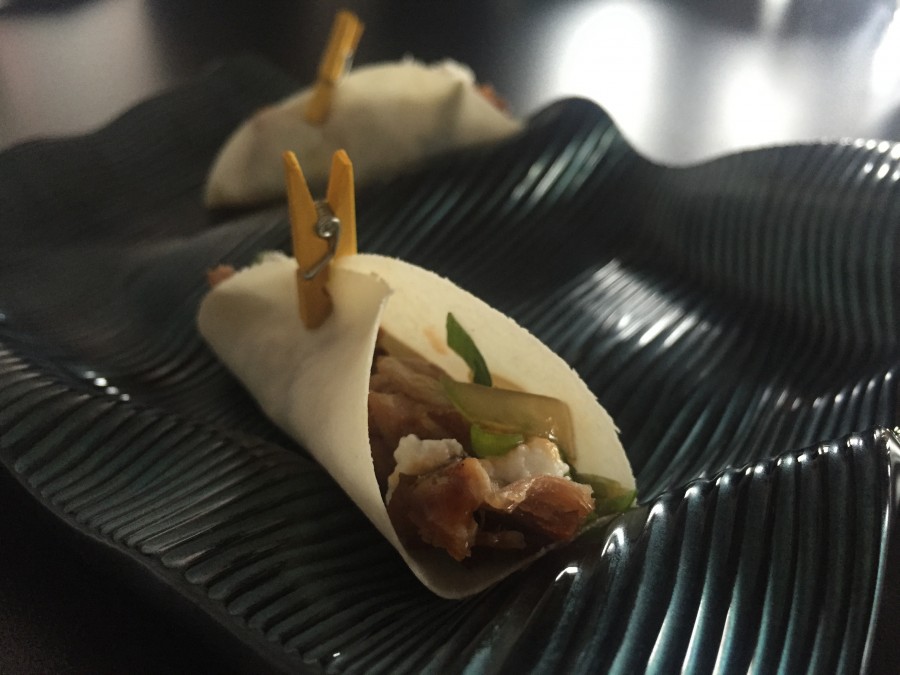 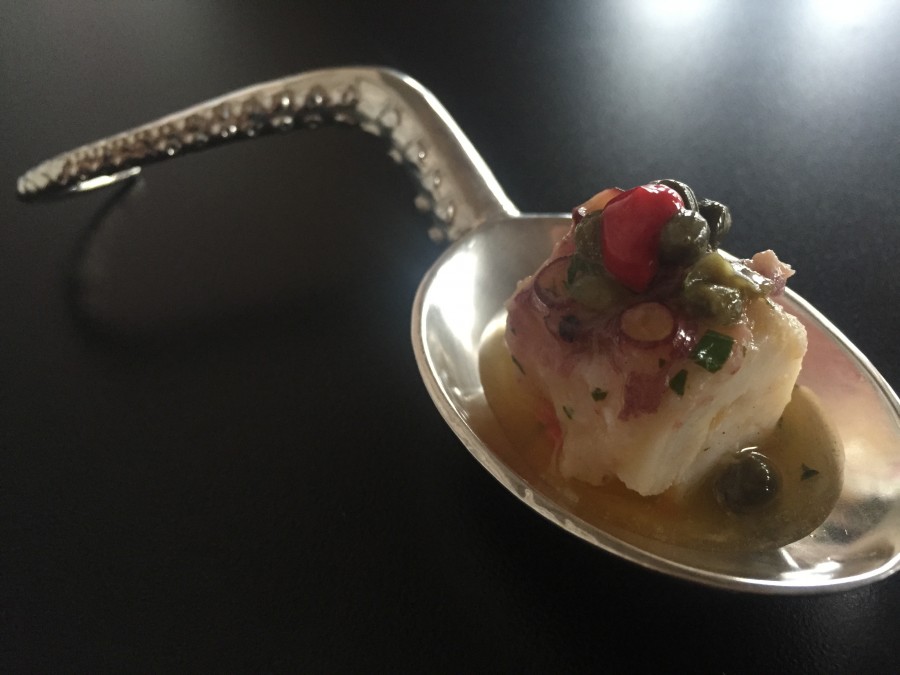 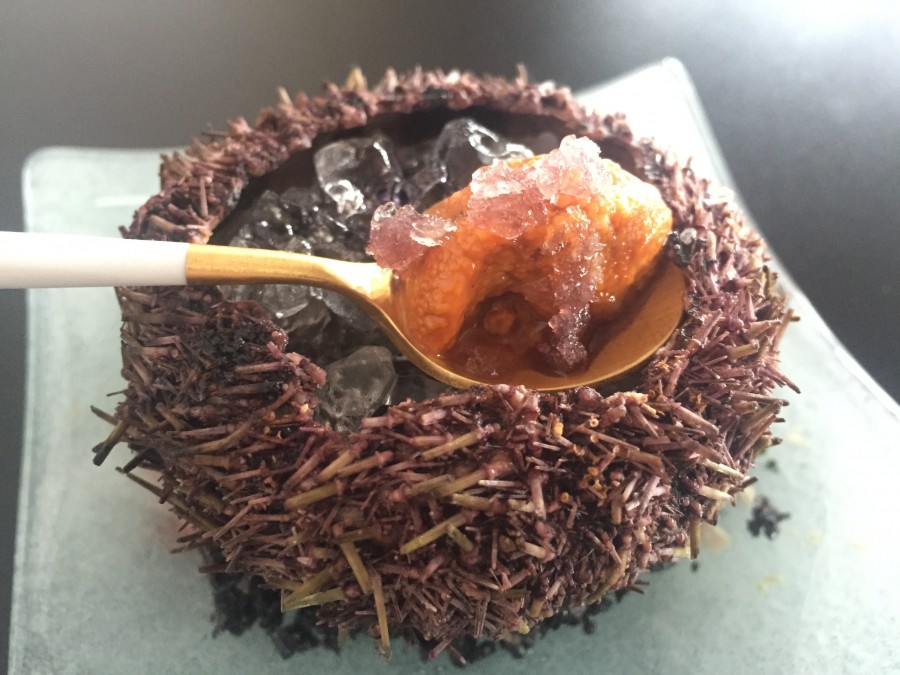 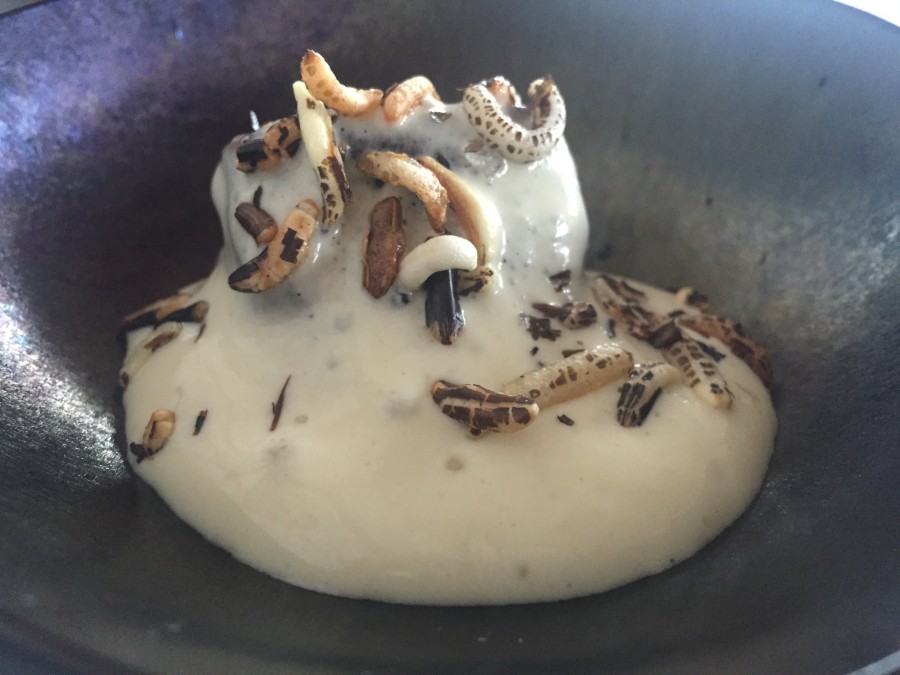 Our first proper dish wasÂ a work of art. Crab with a raw quail’s egg in one dish and hake topped with squid in another. My lips and teeth went black but it was worth it. 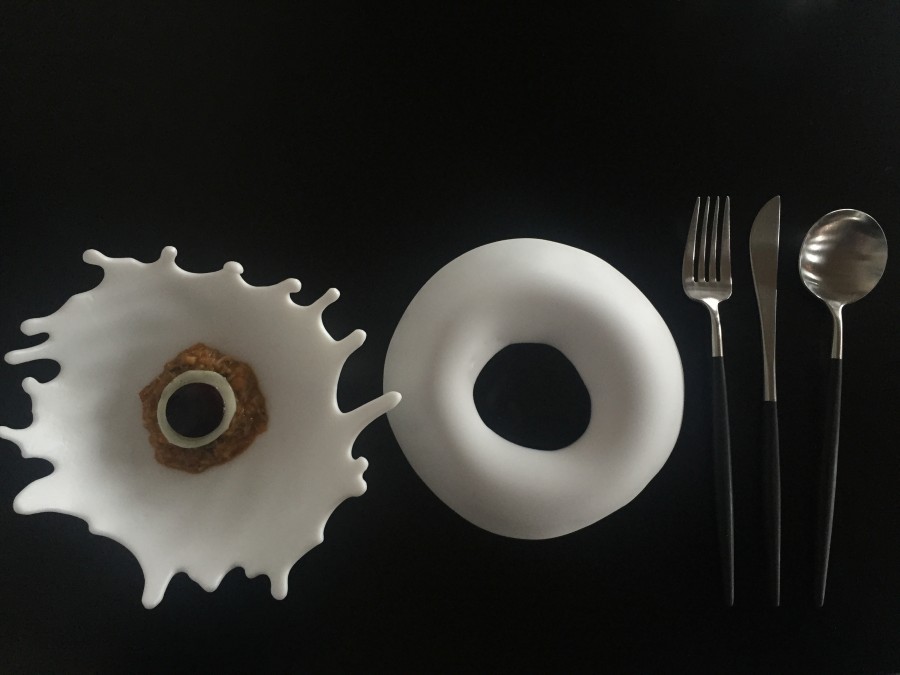 Next was a version of Michael’s GBM winning dish, fish and chips. A perfectly cooked piece of cod sat beneath thinly cut potato straws doused in vinegar, but the whole thing was black. It looked incredible and tasted it too; like actual fish and chip shop fish and chips. 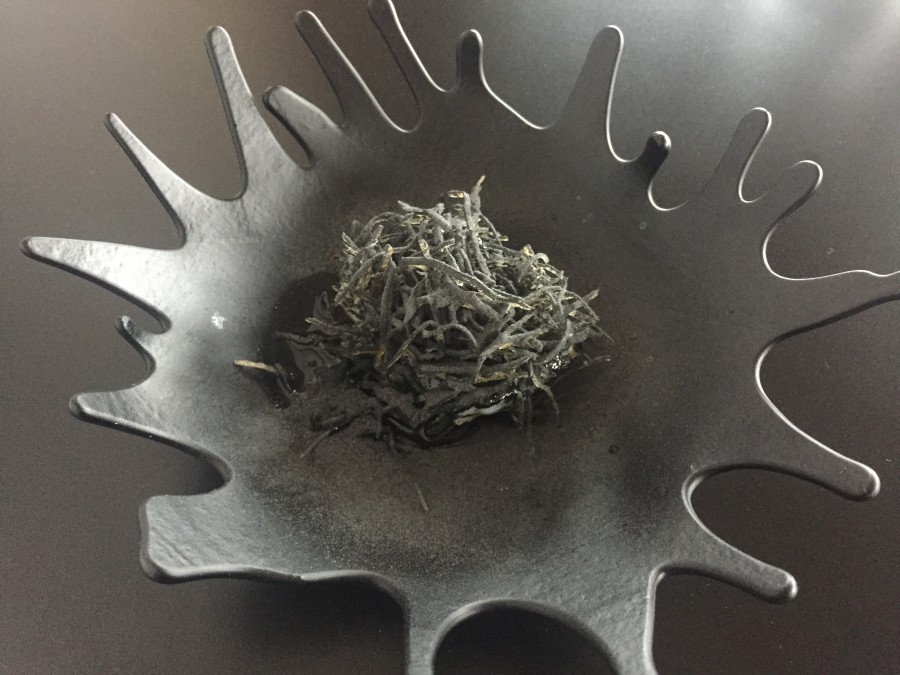 Another two dishes, this time raw scallop in a sweet soy sauce and bright red lamb sweetbreads, proved an odd combination but a wholly delicious one. Puffed rice, like Sugar Puffs, added some texture and an almost mashmallowy taste to the sweetbreads. 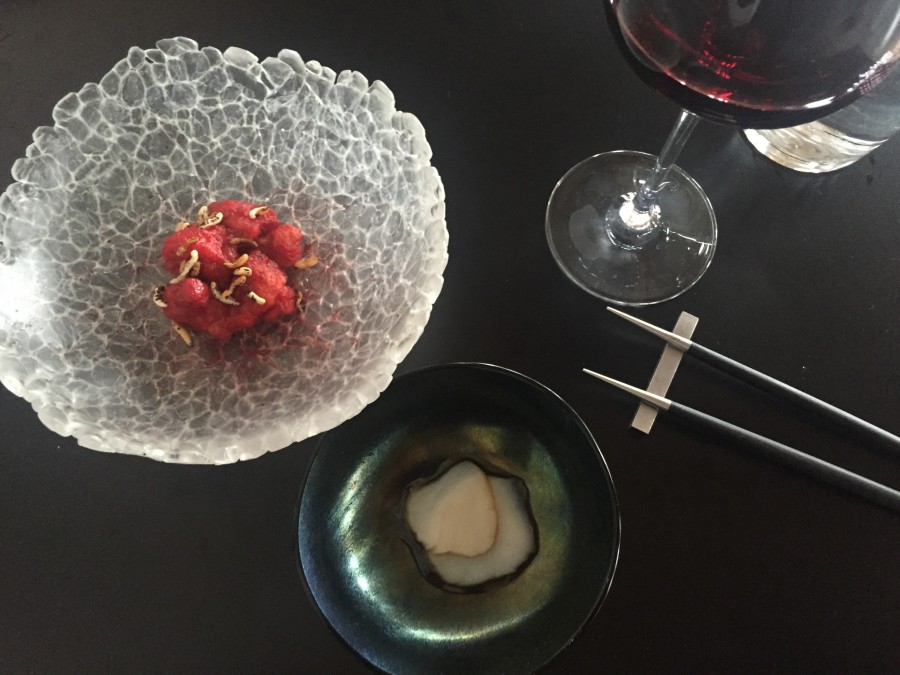 Our final savoury course was two cuts of Iberico pork; the loin and little chunks of the pig’s connective tissue, which were really fatty and full of flavour. The meat could have been a little warmer though. An edible egg shell filled with a yolk topped with more black stuff (my napkin started to look like a miner’s hanky) was intriguing and unusual. 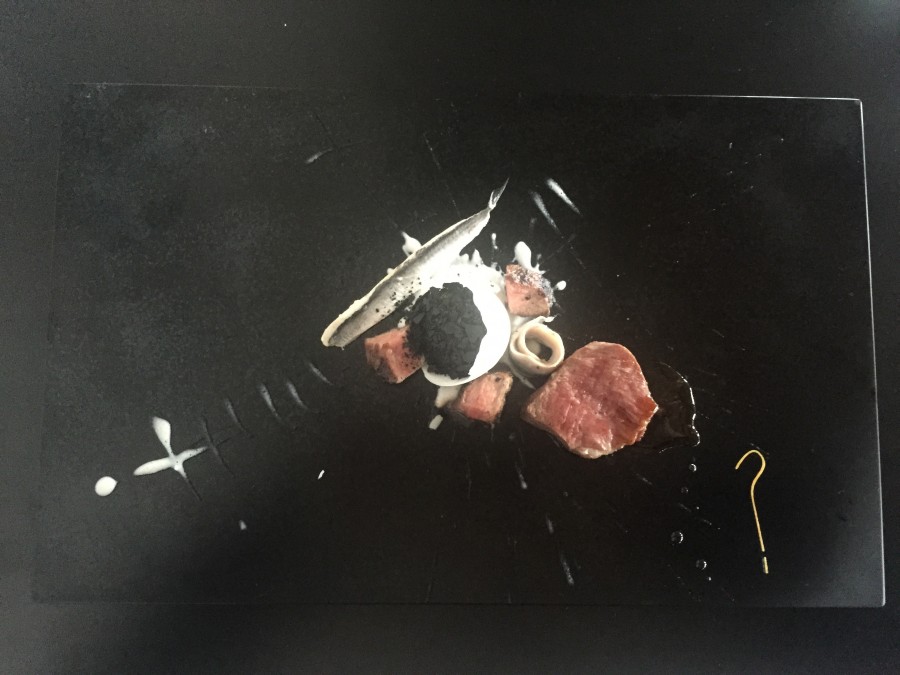 Pudding was a custard and rasperry concoction, which was an instant hit, and a chocolate sheet, sprayed silver, covering a violet ice cream and chocolate mousse. With a bit of everything on the spoon it was absolutely perfect and so well balanced. A final treat of passion fruit and praline ‘cupcake’ in an edible wrapper sent me over the edge – a pure delight. 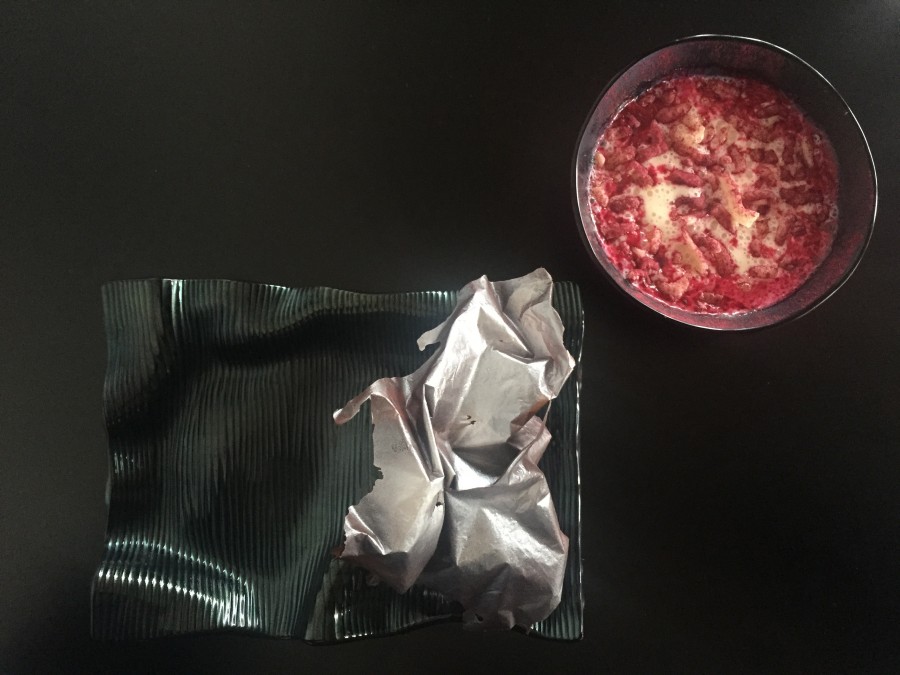 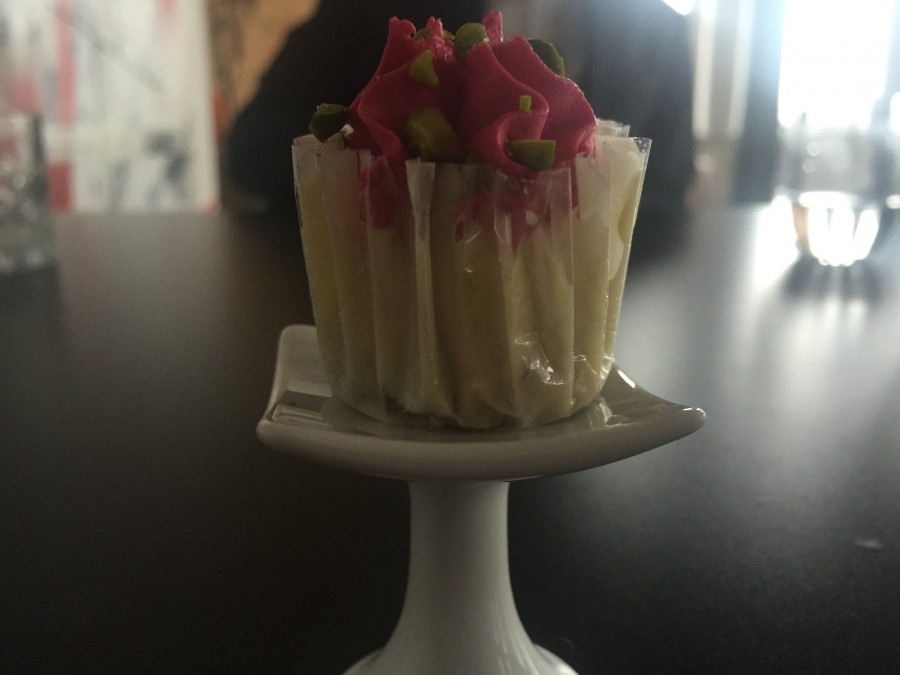 I fell in love with The Man Behind the Curtain – it was totally original with clever and unusual presentation yet delicious food. For me, it ticked all the boxes for what an exciting and adventurous restaurant should offer. Yes it’s in Leeds, but don’t let that stop you.