Arcade Food Theatre
It’s all about street food markets right now don’t y’know. This one sits at the bottom of Centre Point by Tottenham Court Road. You’ll find pastries from Pophams, tacos from the El Pastor people (pictured below), rotisserie chicken from Casita do Frango and the infamous Iberian pork katsu sando from Tou. It’s all great, you’ll love it. 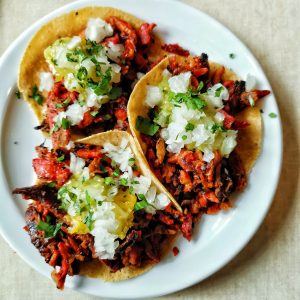 Baozilnn London Bridge
Everyone, and I mean everyone, loves the squidgy, sticky dumplings at Baozilnn Soho. Their new restaurant, round the corner from Borough Market, has a more extensive menu specialising in barbecue meats and these wondrous Big Soup Dumplings (pictured below). 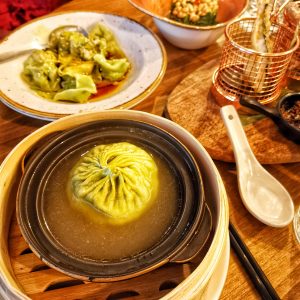 Bob Bob Cité
This restaurant sits inside the City’s Cheesegrater building and its reported £25m fitout is money well spent. The dining room is stunning . It’s the sister restaurant to BobBob Ricard so expect press for champagne buttons, booths aplenty and a menu of French classics including a whopping chicken pie.
Read my review here. 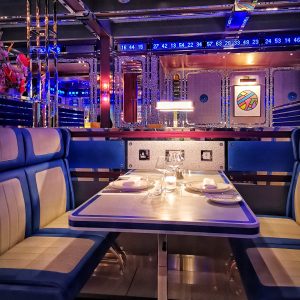 Casa do Frango, Shoreditch
Who doesn’t love a bit of peri peri chicken? Well this place is Nando’s on crack – easily the best chicken in London right now. The sides, like African rice filled with crispy chicken skin, peas and chorizo, are pretty special too. A warm pastel de nata for pud is a must. 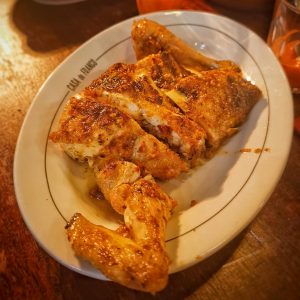 Charlie’s at Brown’s
That Adam Byatt (owns Michelin-starred Trinity in Clapham) is a bloody good chef so it’s great news he’s taken over the restaurant space in Brown’s hotel in Mayfair. Charlie’s serves simple and classic dishes like this smoked salmon sliced tableside – a MUST order. 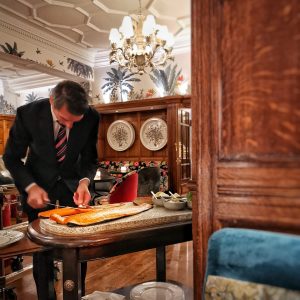 Decimo
You’ll find this restaurant on the top floor of the new Standard hotel in King’s Cross. It’s the first London opening from chef Peter Sanchez-Iglesias who owns Michelin-starred Casamia and Paco Tapas in Bristol. If you like tortillas topped with caviar then you’re in for a treat. 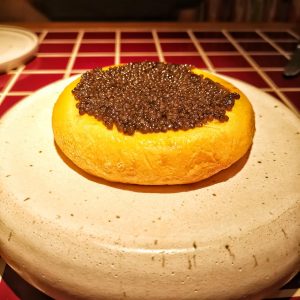 The Dining Room at The Ned
This restaurant in the basement of super hotel, The Ned, is for members and hotel guests only so it’s a rather exclusive affair. The room is gorgeous while the cooking showcases glorious produce – a detailed list of which is printed on the back of the menu. This is the frst attempt at fine dining for Soho House and we hope it’s not their last. 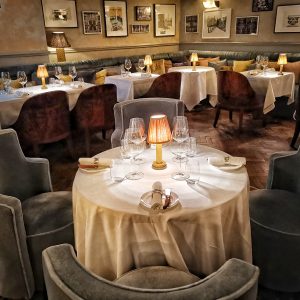 EggSlut
You might have to queue to get your hands on these egg baps – this first UK outpost from the American egg based-restaurant, based in Notting Hill, is rather popular. This scrambled eggs (pictured below) with cheese and sriracha mayo in a BreadAhead brioche bun is rather fabulous and worthy of the wait. 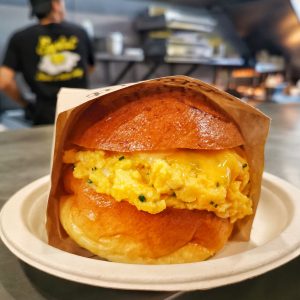 Ivy Asia
There’s no doubt about it, the glowing green floor at Ivy Asia in St Paul’s is the most impressive floor to hit the London dining scene EVER. Panic not, the food here is just as magnificent, thankfully. Even the dumplings come topped with gold leaf and black truffle.
Read my review here. 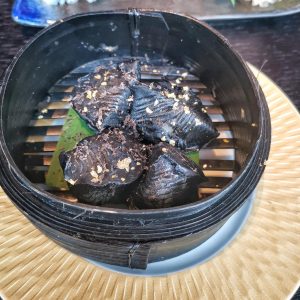 Le Comptoir Robuchon
He may be no longer with us but Joel Robuchon’s stunning cooking lives on at newly opened Le Comptoir Robuchon. Sit at the counter with a nice glass of Rully 1er Cru while tucking into Pyrenees lamb cutlets, foie gras burgers, beef tournedos and this caviar with crustacean gelée and cauliflower cream. Super luxe. 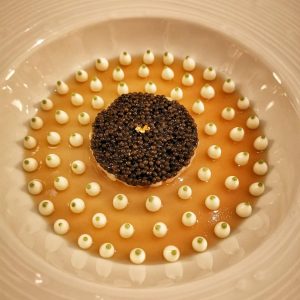 Seabird
The first UK spot from the American Masion Premiere people. It’s on the top floor of the new Hoxton hotel in Southwark which has a glorious roof terrace. The oysters here are splendid, offering the most extensive list in London. If you like Fernet Branca, they serve their own version which is LUSH. 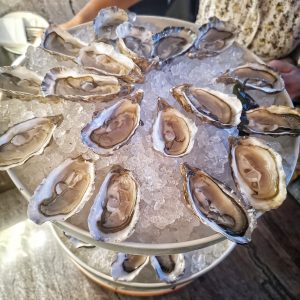 Seven Dials Market
Those street food market specialists at Kerb have launched their most ambitious project yet: turning a disused courtyard in Seven Dials into a bustling street food emporium. It’s an impressive space with food offerings from Monty’s Deli, Strozzapreti, Nanban (alongside plenty more) and a sushi-style conveyor belt filled with cheese from Pick & Cheese. 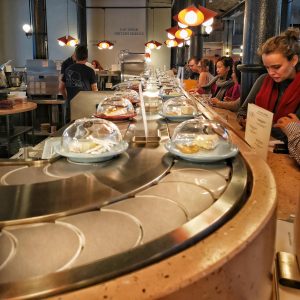 Ugly Butterfly
Yet another addition to Adam Handling’s empire, this one is on the King’s Road in Chelsea. The menu uses produce that might otherwise go in the bin from his nearby restaurant at the Belmond Cadogan hotel. Think cod’s roe topped croissants, leftover chessboard doughnuts and an astonishingly good broccoli stalk caesar salad pictured below. 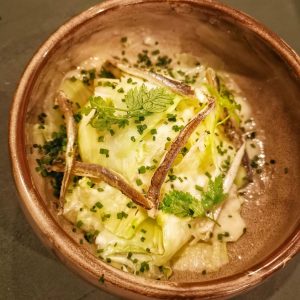