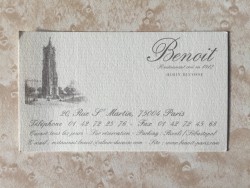 A day trip to Paris is far less extravagant than you might think and it’s the perfect way to get your Parisian fix without spending a fortune on a hotel. With a small gang, we booked Alain Ducasses’s michelin starred bistro Benoit on rue Saint Martin. 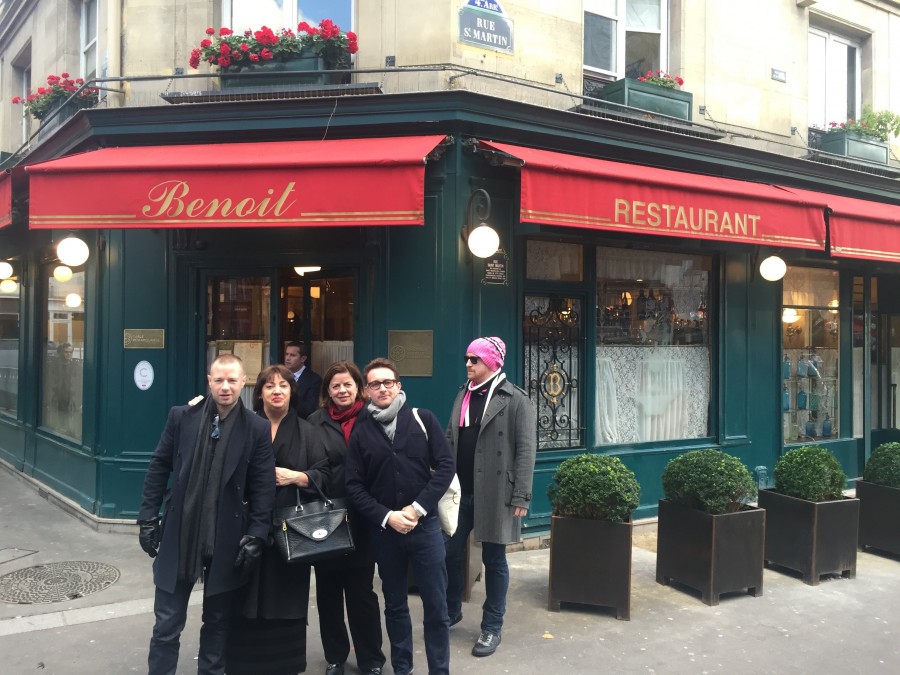 It’s as quintessentially French as you could hope for; brass rails, red velvet banquettes and wood panelled walls. And it didn’t feel like a tourist trap – there was many a Frenchman tucking into their steak tartares. 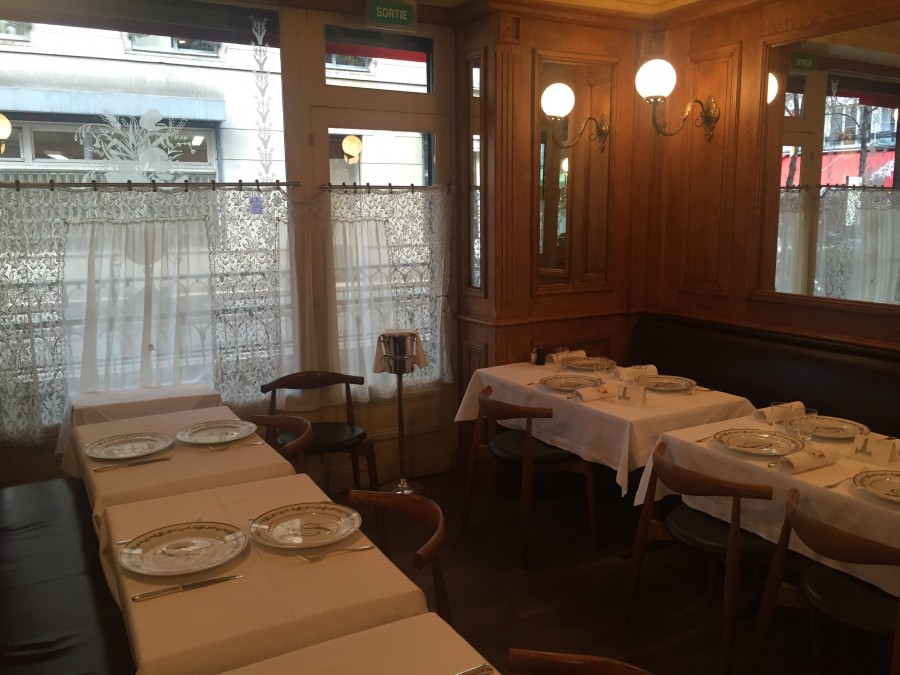 Speaking of which, that’s what we started with, after some particularly good (and warm) gougéres. We ordered from the set lunch menu as it seemed the best value (39 euros, around £29). The steak tartare was hand chopped, meaning there was texture and so much more flavour than usual. It was served alongside some crisp bread which had been drizzled with some decent olive oil. 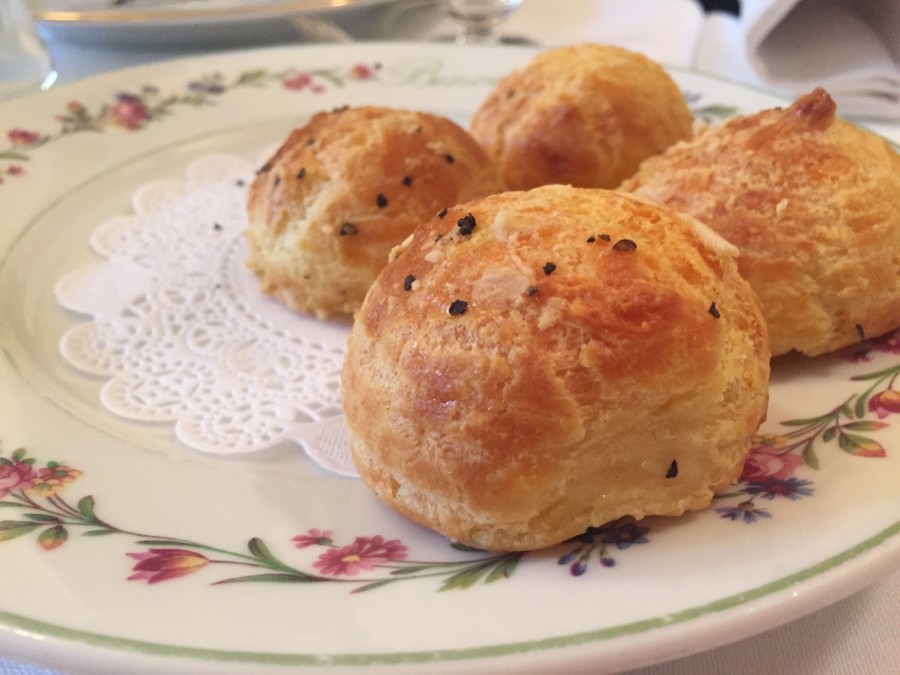 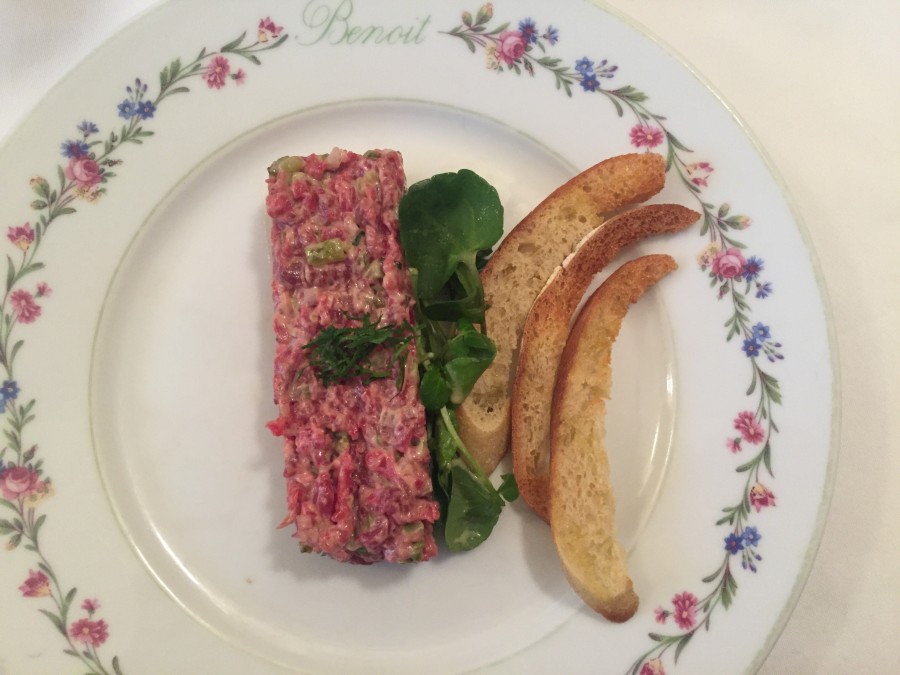 For main, I chose civet de marcassin, purée de celeri, which was a wild boar stew with celeriac purée. It was the type of dish you’d want on a blustery day to warm your innards. The only downside was the chunks of marcassin (a rather cute looking, young wild boar); they were quite dry. The sauce, which had been thickened using the animal’s blood, was rich and lavish. 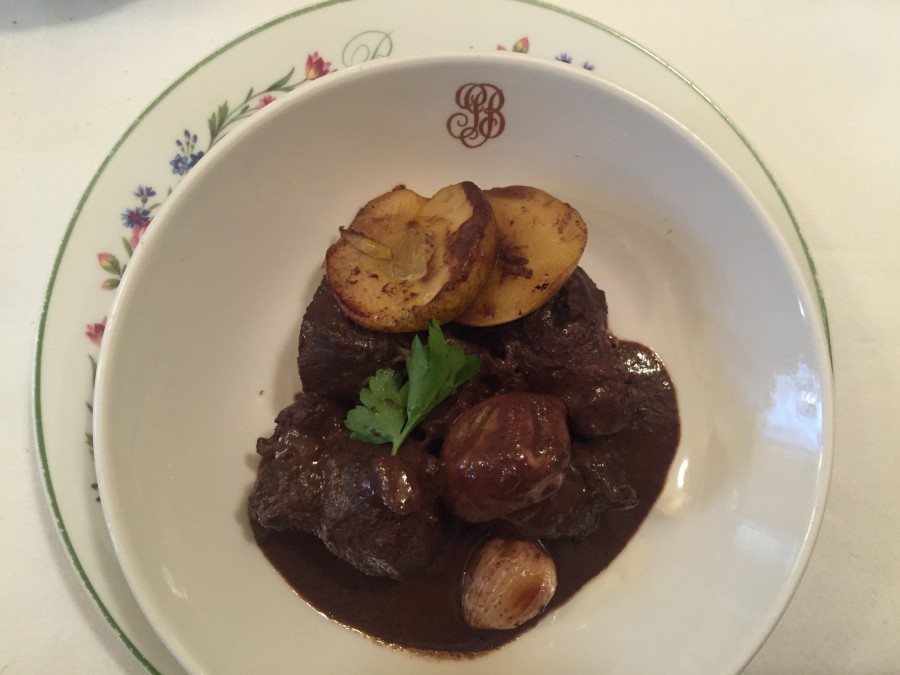 For dessert, I went for the assortiment des tartes, and what an assortiment it was. Citrus, apple and chocolate; all with the perfect crisp pastry bottom and bold fillings. The Armagnac soaked savarin (basically a rum baba), with a bowl’s worth of accompanying whipped cream, looked mountainous yet was so light it was easily demolished. 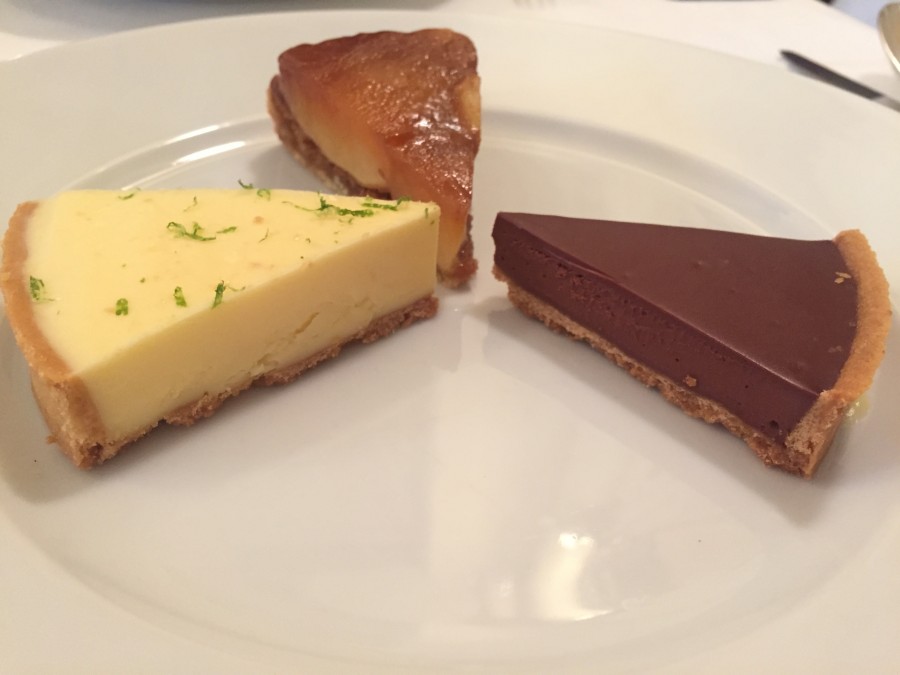 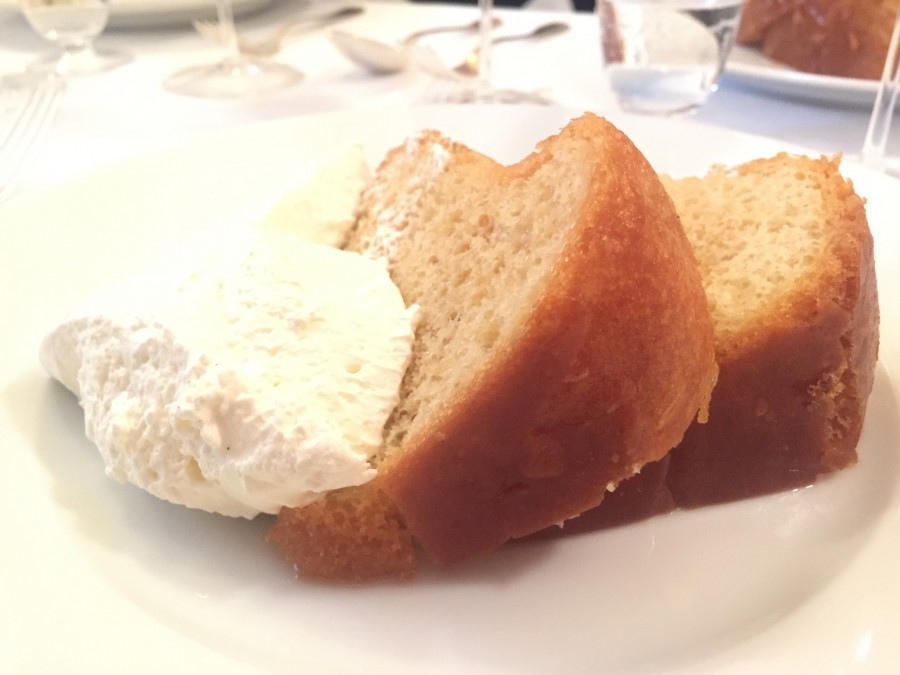 Oh and the bread, I can’t forget the bread! With its giant slab of salty butter and treacly, chewy crust; a fine baguette if ever there was one. 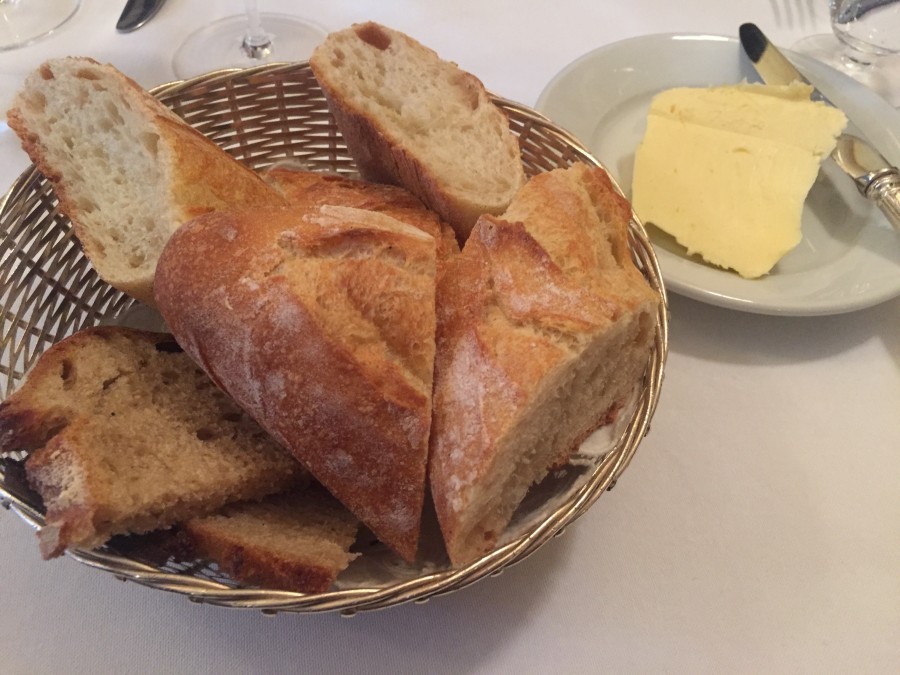 Our day trip to Paris was a blast, and if you’re going to go all that way, then you want to eat somewhere typically French. Benoit is just that. After all, it’s been around for over 100 years, 93 of those owned by the original family. There’s history and character aplenty and it’s all rather charming.