1. Chicken hearts at the opening party for Hill & Szrok’s public house in Old Street. If you’ve not heard of these chaps, they have a butchers on Broadway Market and this, their first pub, is set to be a meaty cracker. 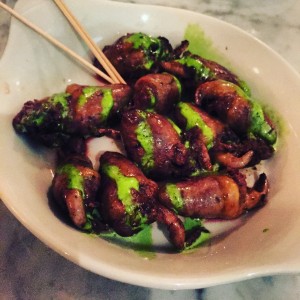 2. Talking of pubs, the Galvin Brothers have turned their Café à Vin in Spitalfields into a new pub called Galvin HOP. The opening bash, also attended by Tracey Emin, served some particularly good “DeLuxe” hot dogs and this tray of scotch egg and sausage roll canapés. 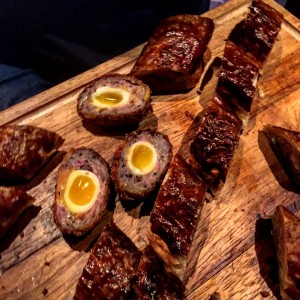 3. Quite the week of openings it was, with Covent Garden gaining Frenchie for itself, by French chef Greg Marchand. It’s a real looker (particularly the loos) and the food is equally easy on the eye. Highlight from a tasting of the whole menu was this chocolate tart topped with bacon ice cream. BACON ICE CREAM. 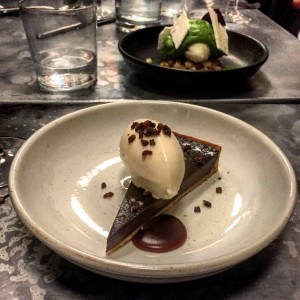 4. To lunch at Tramontana in Shoreditch, currently the home of the Calcotada Festival, where they serve giant Spanish onions with romesco sauce (it’s a Spanish tradition which sounds lots of fun). On this visit, a hearty bowl of fideuá de sepia, a rice-like pasta with cuttlefish and prawns, certainly brought cheer to a grey day. 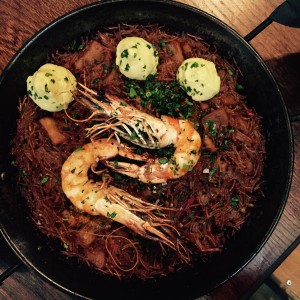 5. You’d think London has seen it all but no-one saw the Cadbury Creme Egg pop-up café coming. Curiosity made me wait in line for 15 minutes for a Creme Egg toastie. It wasn’t bad y’know. 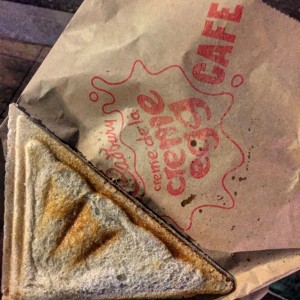 6. Breakfast at The Wolseley is a mighty fine way to start the day. Eggs Arlington (we went for the large portion), with its thick ribbons of smoked salmon and hollandaise sauce, saw us right through to lunch. 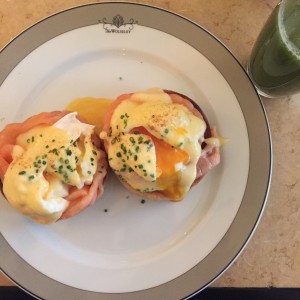 7. To a preview of Oliver Maki, a new high end sushi restaurant on Dean Street, Soho which opens today. This bento box, served in a see through box filled with different compartments, will no doubt become a signature of theirs, and so it should. 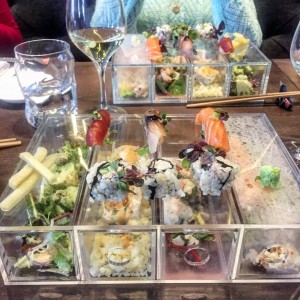 Have you eaten anything worth shouting about? Then let us know by commenting below…