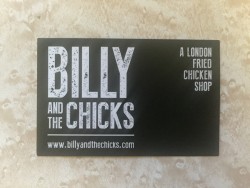 I love a bit of fried chicken me, and I really can’t get enough of it. Build it and i’ll come. So when Billy and the Chicks, a new fried chicken shop, opened on St Annes Court in Soho (opposite Zelman Meats) I was rather pleased. 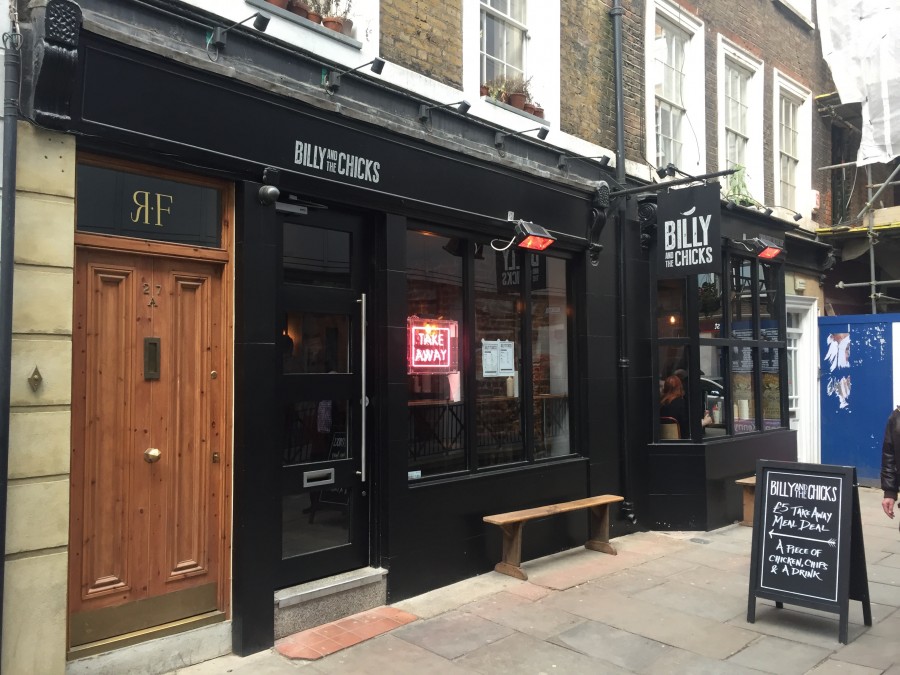 It’s a simple space comprising of a bar area by the entrance and a small dining room next door. It did lack originality however; there’s exposed brick, loud music, kitchen roll on the tables and “cocks” written on the door of the gents. I could tick off the places where I’d seen it all before. 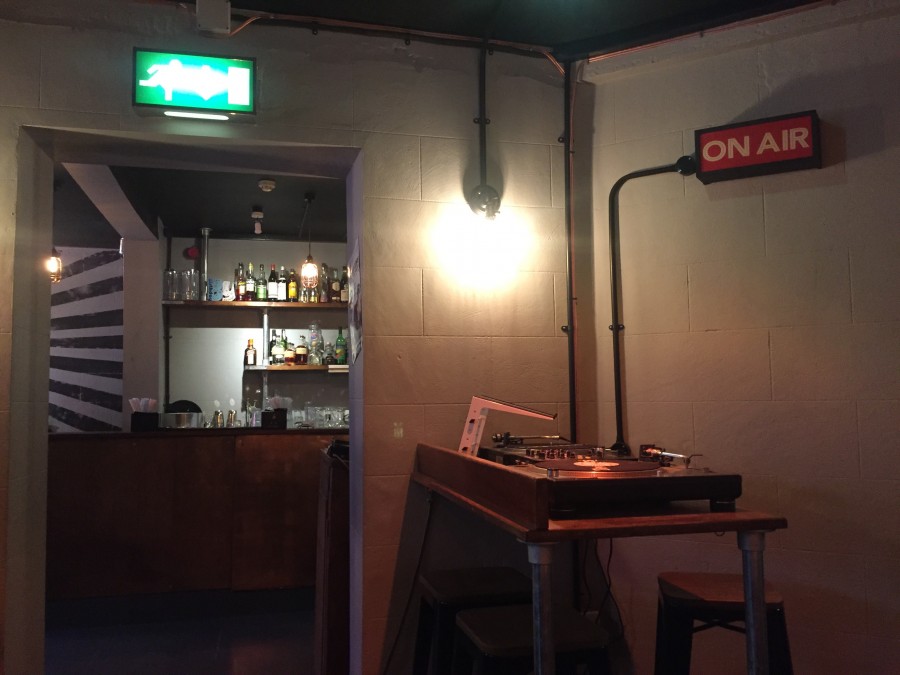 I went for the two pieces of chicken (£9) which came with chips and the choice of slaw or gravy. The chicken was cooked correctly but it was incredibly greasy which was really off-putting. And it was so bloomin’ hot. It might sound weird to complain about the heat of something fresh from the frier but it literally didn’t cool down for my entire visit, making lunch quite a painful process. The gravy was nice though. 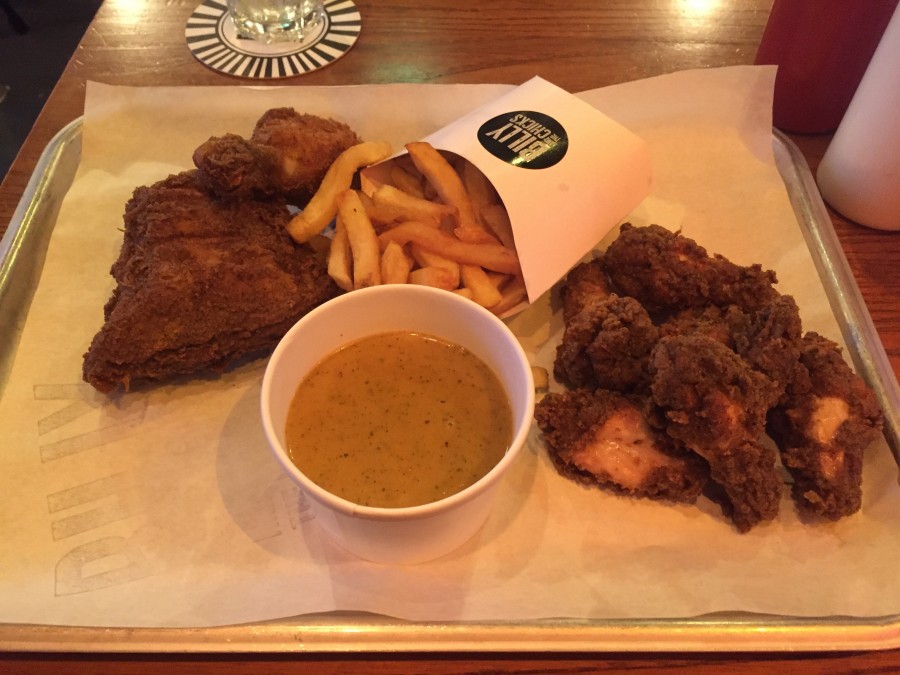 A side of hot wings (£4 for 6) were a grease fest also and the crumb coating was coming away from the meat. They weren’t plump and juicy – just a bit limp. The fries were nothing memorable; a bit soggy and over seasoned.

When it comes to fried chicken, places like Bird and Chick ‘n’ Sours elevate things to way beyond KFC. But this chicken wasn’t as good as KFC. I either want pimped up fried chicken, or dirty takeaway chicken done well. When it’s just in between, it all feels a bit pointless, and a massive waste of calories.