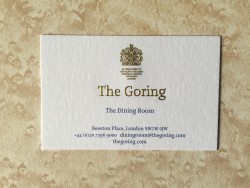 The Goring hotel, made famous by Kate Middleton’s stay the night before her wedding day, is now home to a Michelin starred dining room. We’ve had the afternoon tea before in the bar which was quite wonderful. 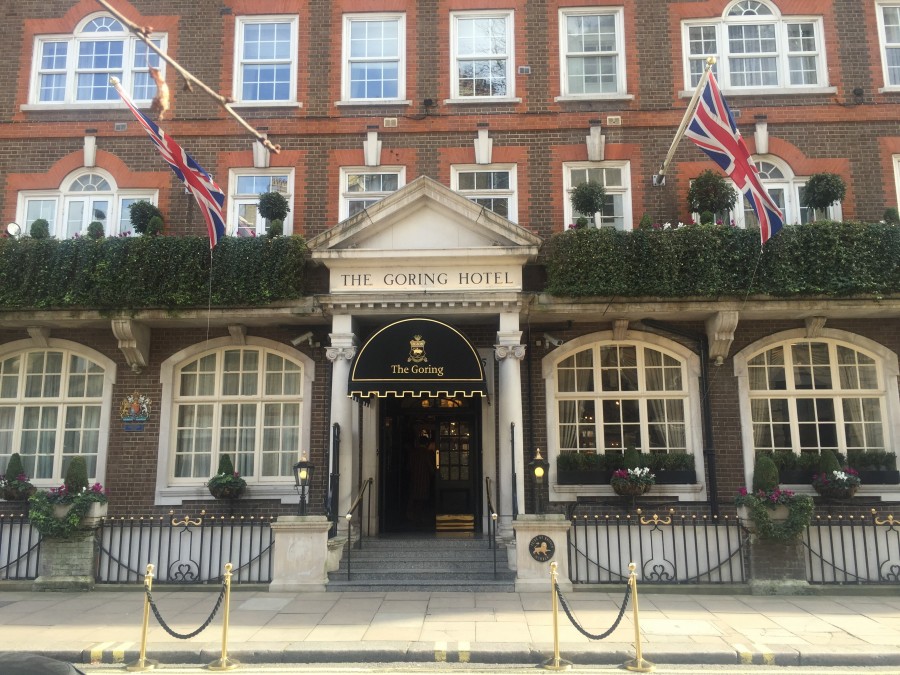 The hotel is all glamour, from the outside to the lobby. The dining room however has a little less grandeur and the clientele are north of 60; it’s all a bit balding heads and double breasted jackets – and that’s just the ladies. 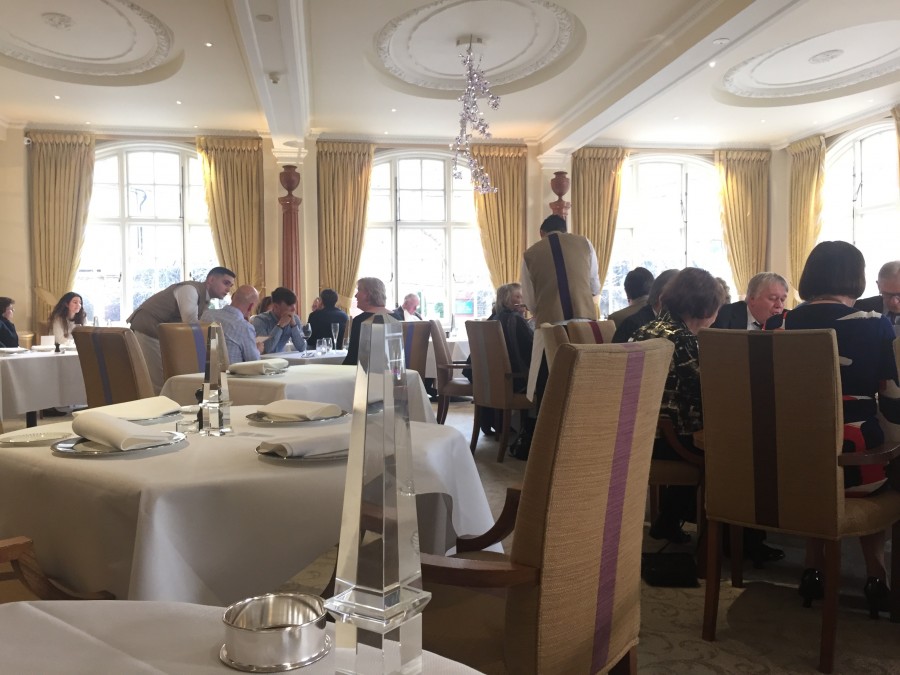 The menu, set at 3 courses for £50, reads particularly well. We started with a simple smoked bacon and parsley soup. Flavoursome, hearty and the accompanying fried bacon sandwich was the perfect tool for dunking. The waiter was a bit haphazard with the pouring of the soup however. 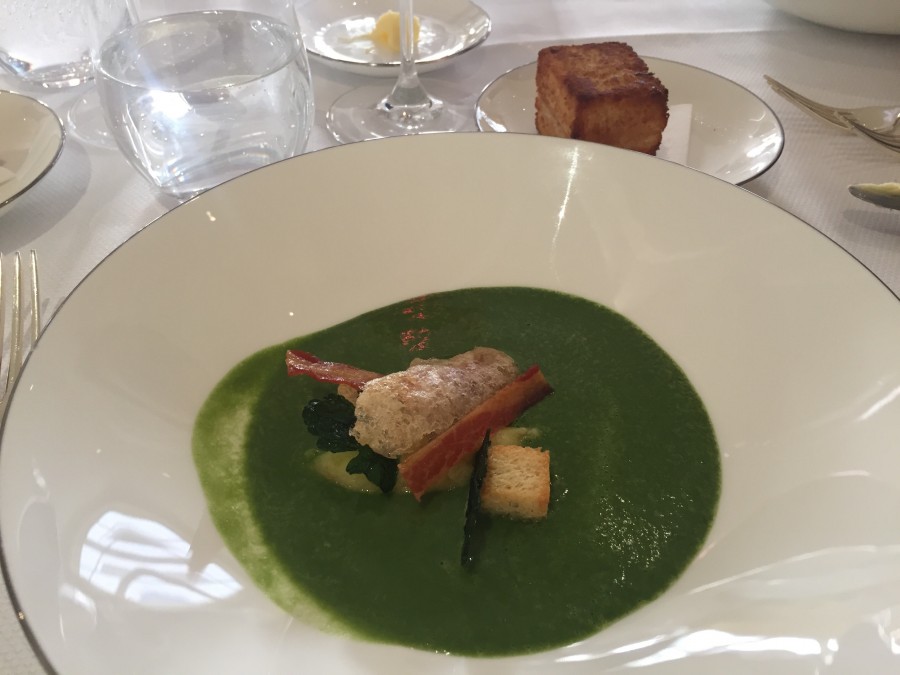 Roast quail, pig’s trotter, seared foie gras, bacon and fried quail’s egg was a collection of the richest ingredients ever, yet nothing overpowered each other. Quite marvellous really. The only downside was the skin was broken on the quail breast – in that level of restaurant you’d expect better. 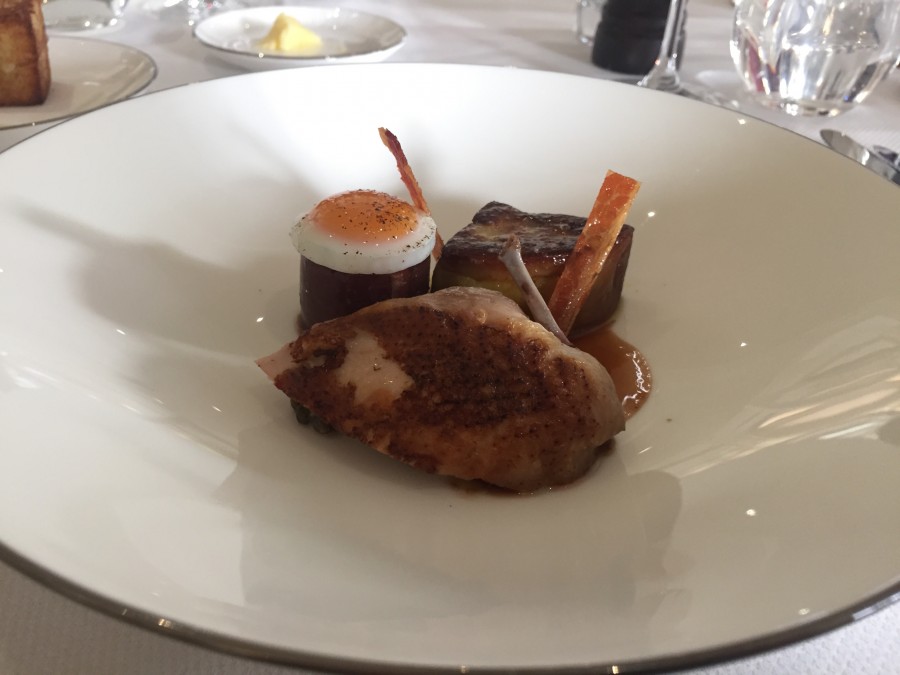 For main, fallow deer, parsnip, mushroom duxelle, glazed faggot and quince was a solid dish. My glazed lobster omelette, duck fat chips and lobster caesar salad was a wonderful thing. Even richer than the foie gras starter, it was just nice to have a pimped up lobster, chips and salad in such a fancy place. 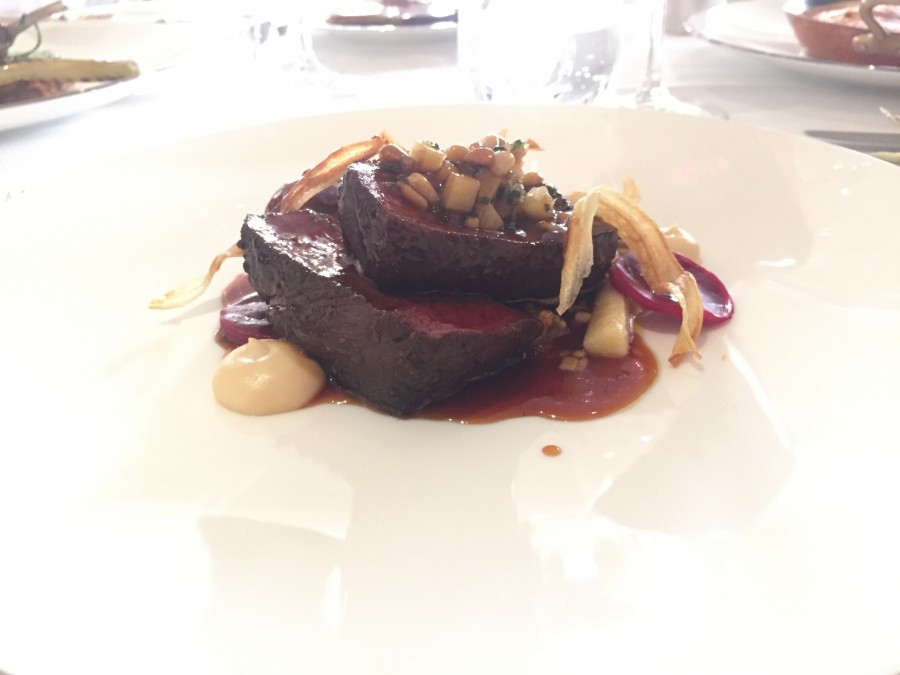 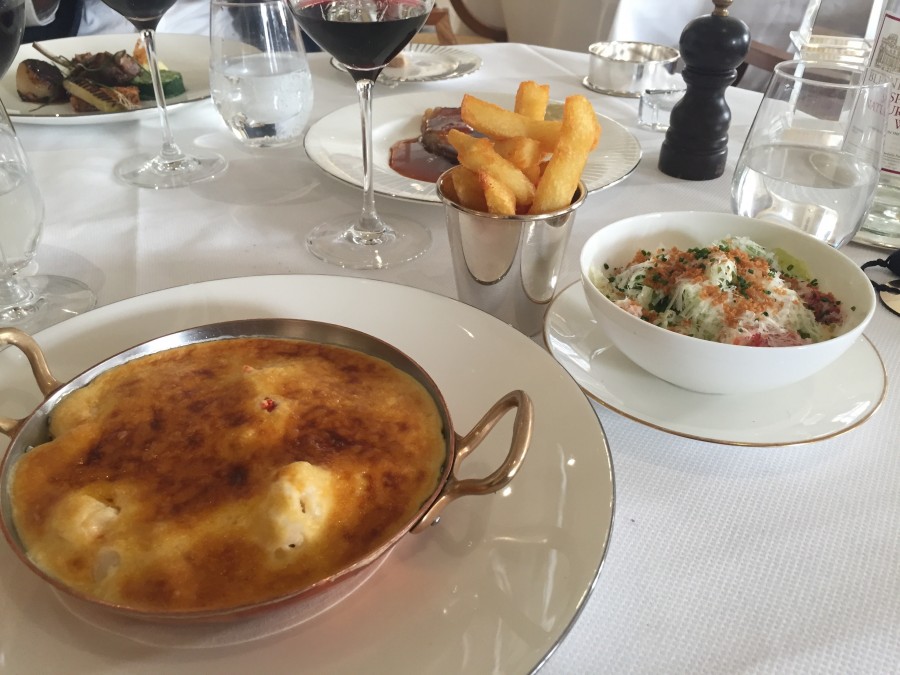 Desserts were disappointing sadly. Manjari chocolate, milk jam, salt caramel mousse and milk ice cream was all a bit stodgy, however nice looking. The lemon tart had the sort of filling you’d expect from a Tesco tart, too sweet and not at all creamy. It felt like too much gelatine had been used. 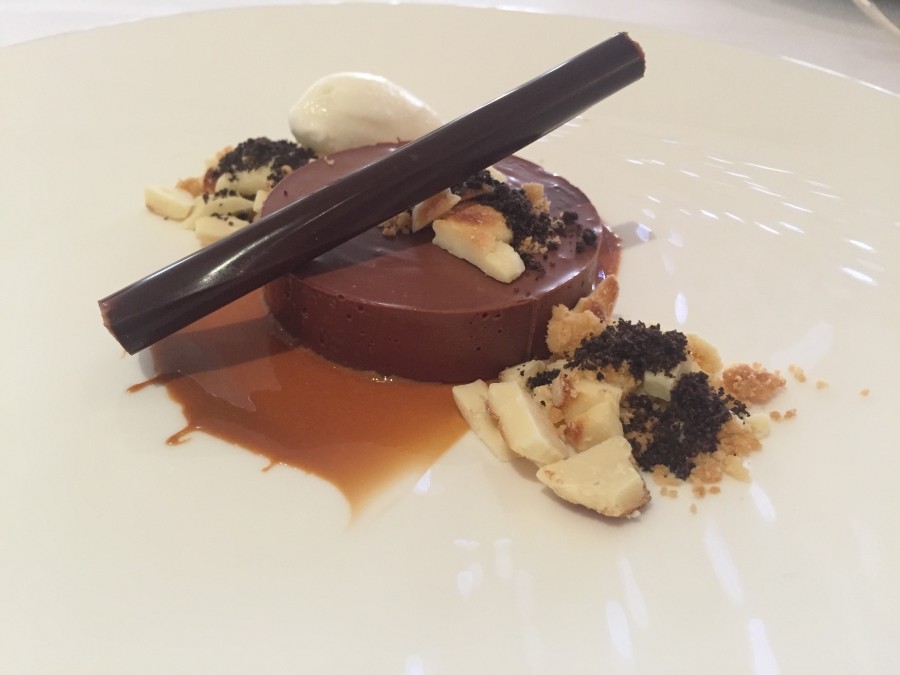 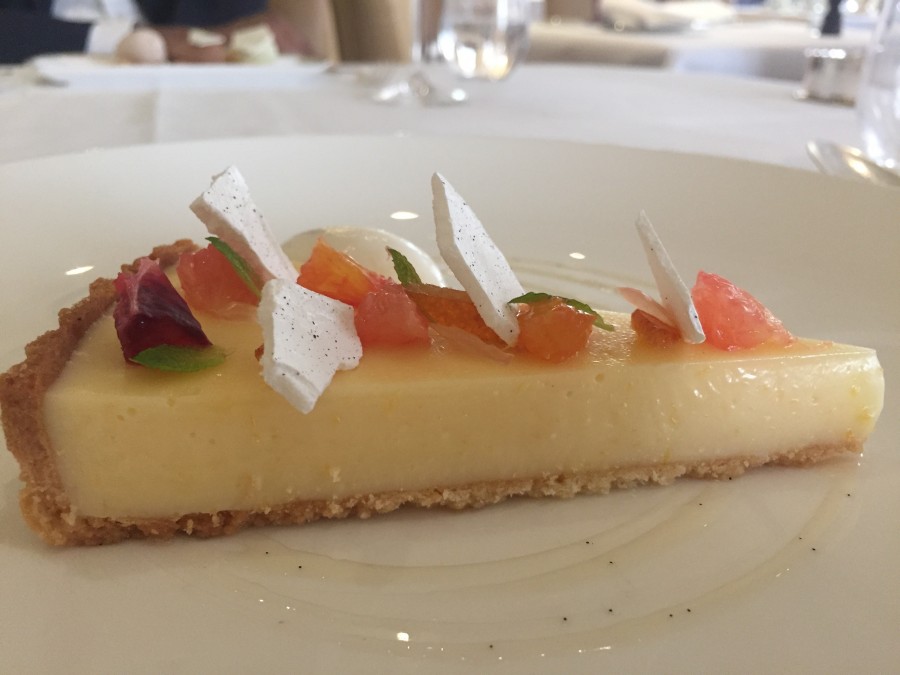 Our meal at The Goring could have been far worse but there were an awful lot of little niggles which you’d hope not to see at that level. Immaculately dressed staff rushed about in what appeared to be an organised chaos. If a little more time and care was taken, it might just improve things a little.