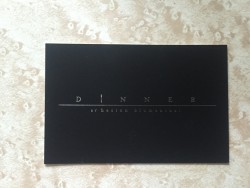 This was Heston Blumenthal’s second fine dining restaurant and it’s based inside the Mandarin Oriental in Knightsbridge. Whereas The Fat Duck is inventive and whacky, Dinner by Heston, which has regularly been voted one of the best restaurants in the world, takes its inspiration from dishes of the past. 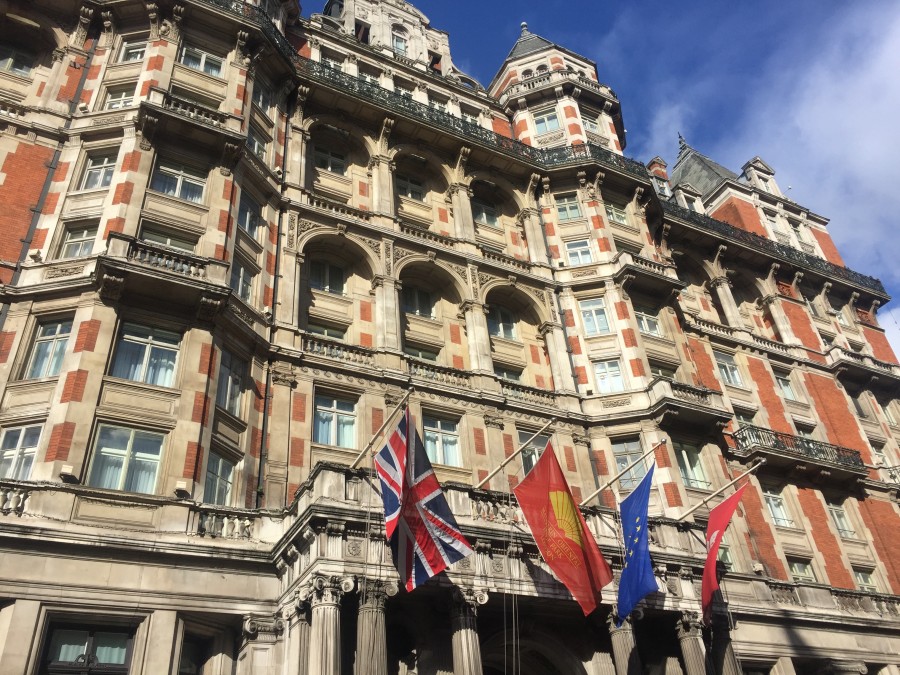 The dining room is a simple space, however views onto the park and into the glass fronted kitchen add both drama and tranquility in equal measures. As with most Michelin starred restaurants, the a la carte menu is far from cheap, but a reasonable set lunch at £40 for three courses was available with two options for each course. 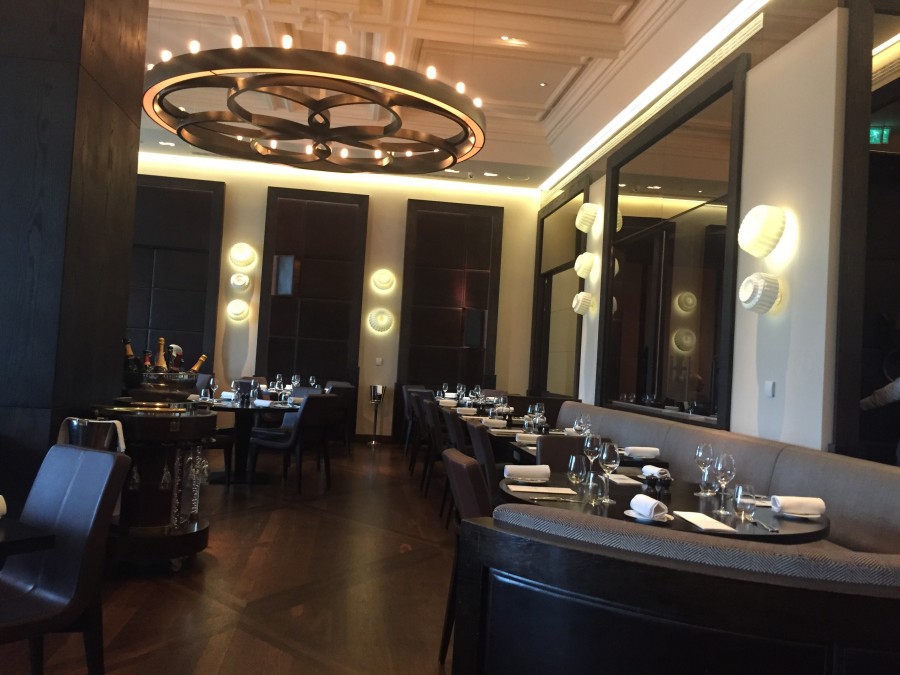 We started with pig ears on toast which was seriously rich and sticky; proper comfort blanket food. The lemon salad, tasted of very little other than the goat’s curd, of which there was masses. Really light and refreshing, it was pleasant but some of the promised lemon would have helped shake things up a tad. 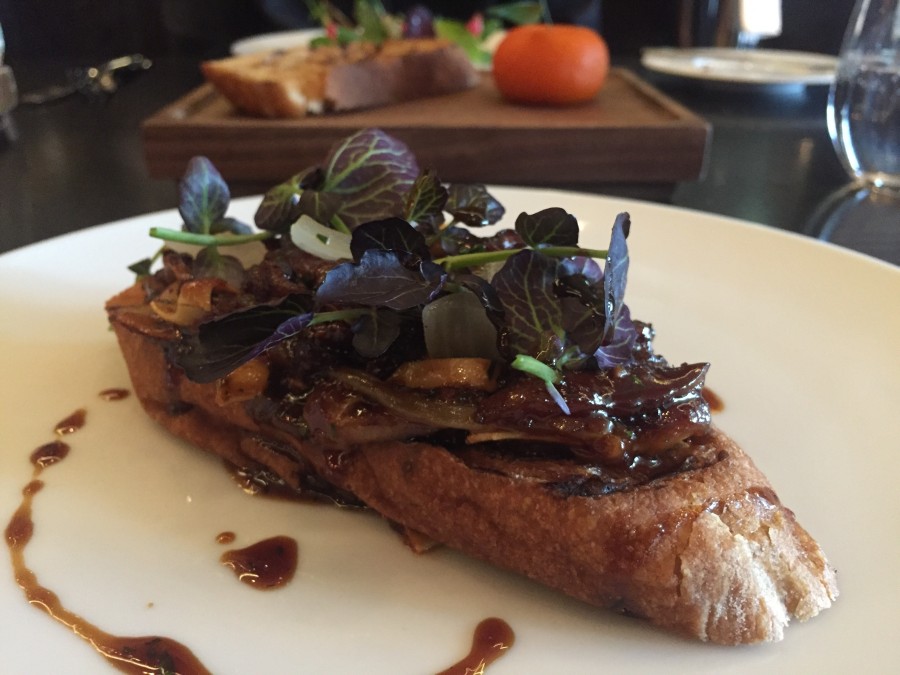 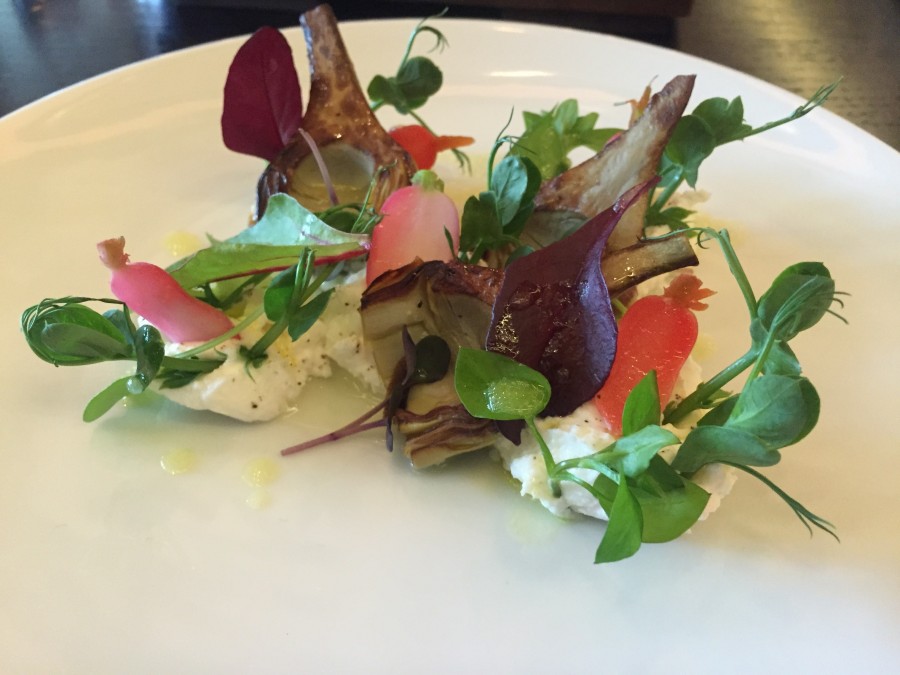 We couldn’t resist ordering an extra meat fruit (£18) which has been a signature dish of theirs since opening. The chicken liver parfait, encased in a mandarin jelly, looked perfectly like a mandarin which was clever indeed. 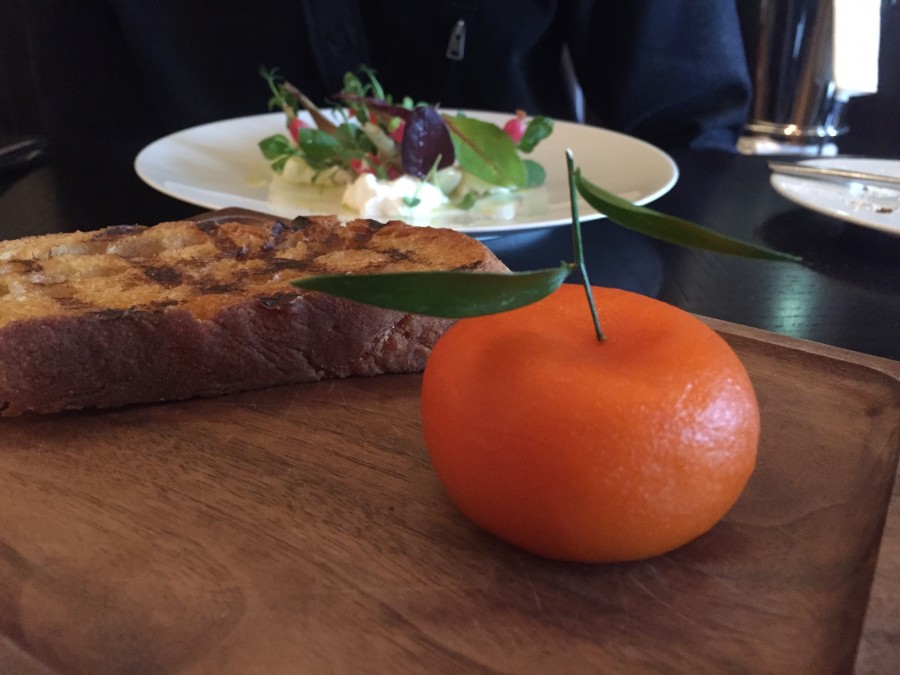 For main, the roasted pollack with shrimp was simple but the seasoning was so spot on, and the quality of the ingredients so high, that it was a lovely plate of food. Quail with sprout hearts and smoked chestnuts (I’ll never understand pickled/smoked nuts – such an odd texture) again was simple but sublime. 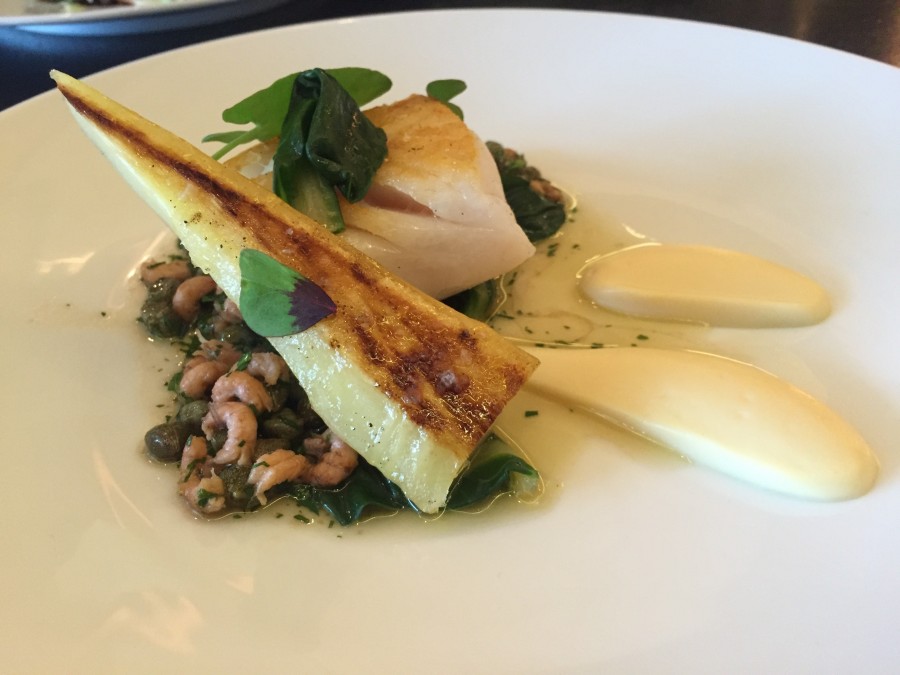 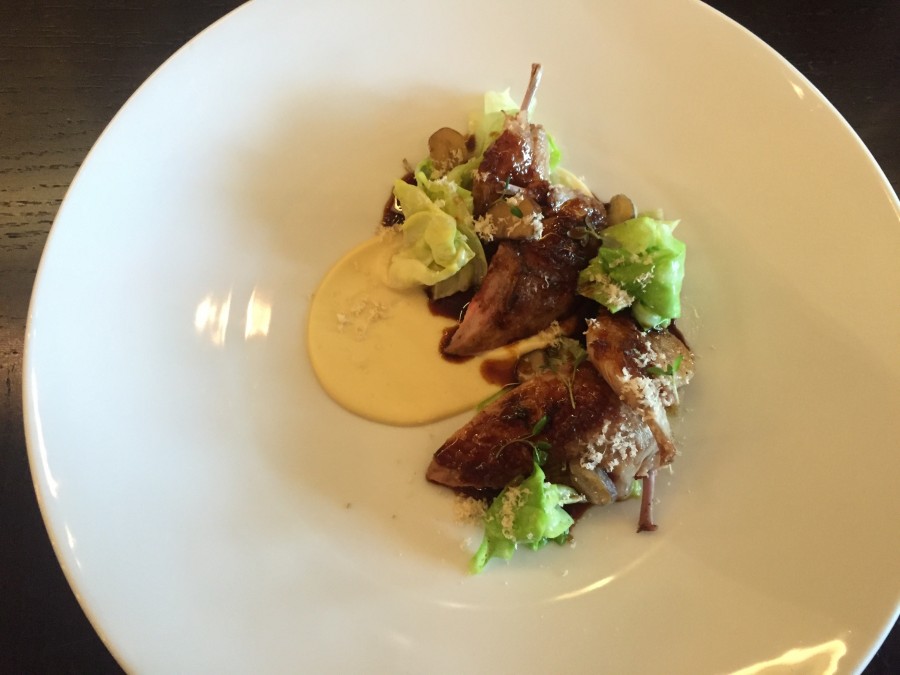 Desserts were the star of the show. Millionaire tart was chocolate, biscuit and caramel; a blend of flavours and textures always friendly to me. Marmalade pudding was on the right side of bitter sweet; the custardy tart had a glorious silky texture with a chewy, nutty biscuit base. Pure heaven. 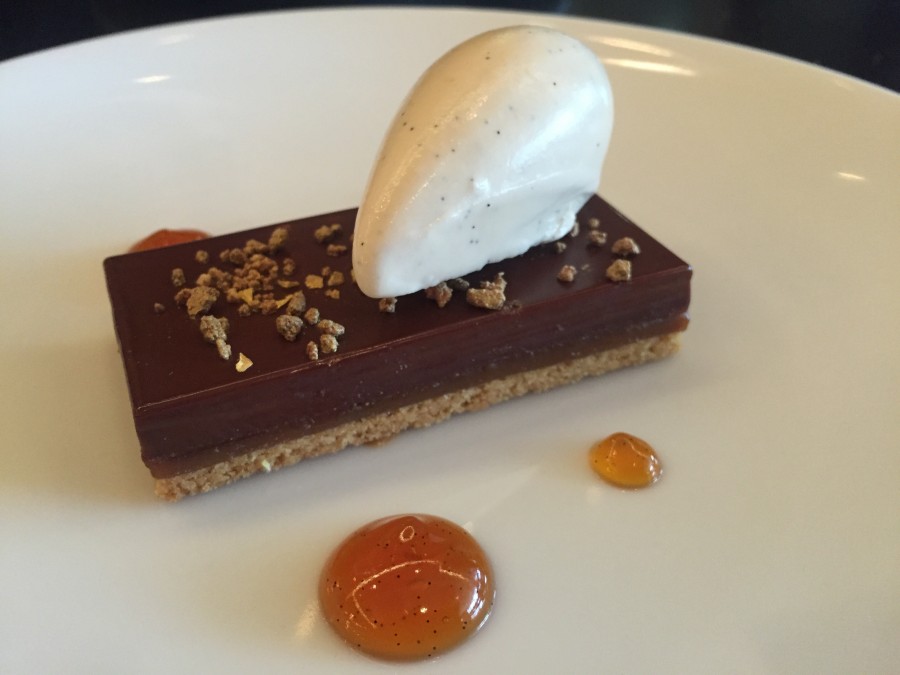 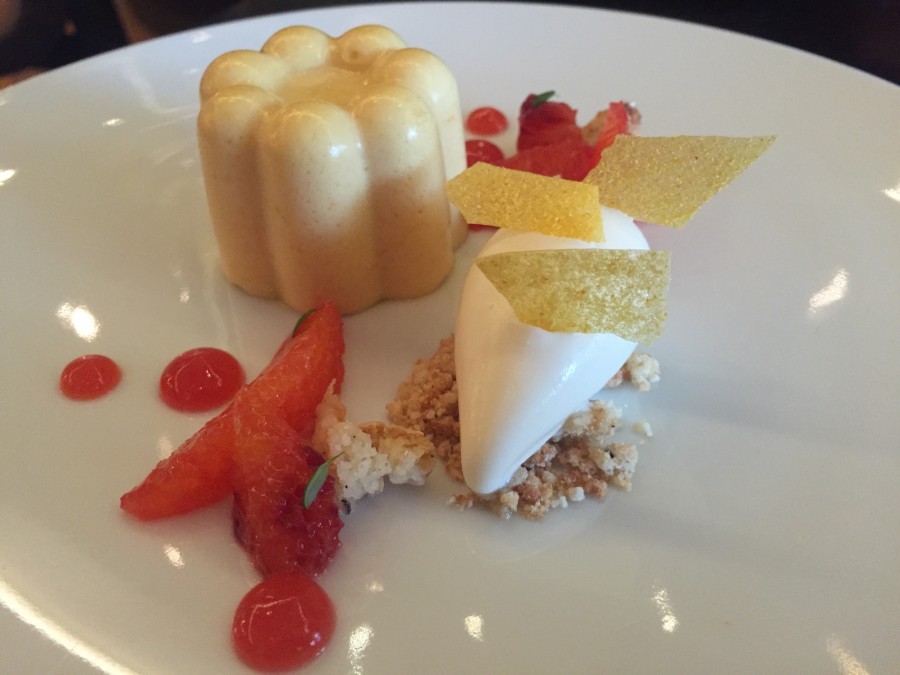 Seeing the ice cream trolley whiz around the room, we couldn’t resist ordering one of those either (£8.50 a scoop). It’s made table side using liquid nitrogen so the theatre is certainly present. One scoop in a cone and you choose your toppings (freeze dried raspberries being the best) made for some post dinner fun, but the ice cream melted incredibly quickly which was very messy. 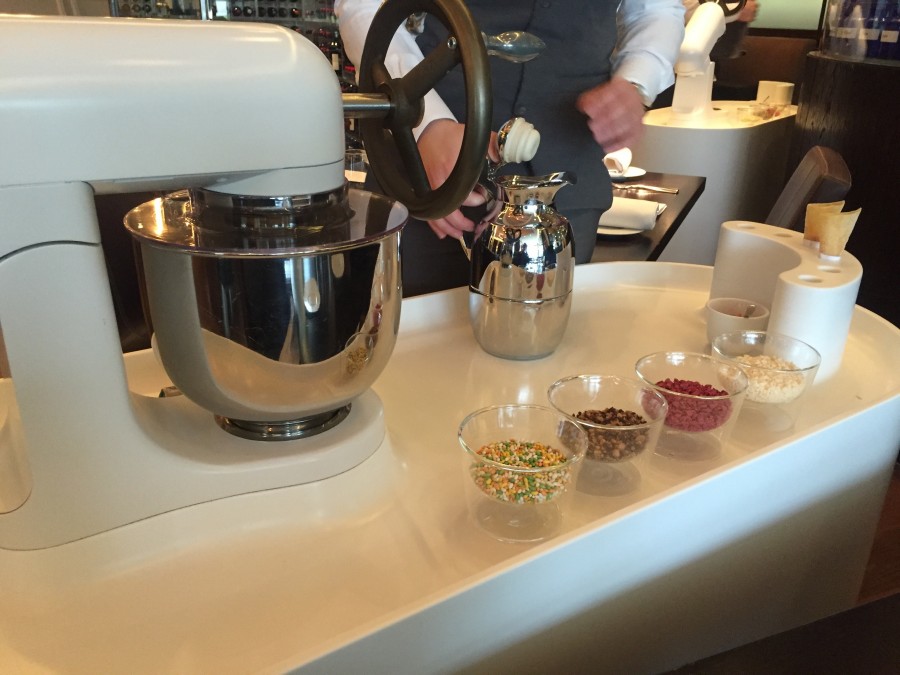 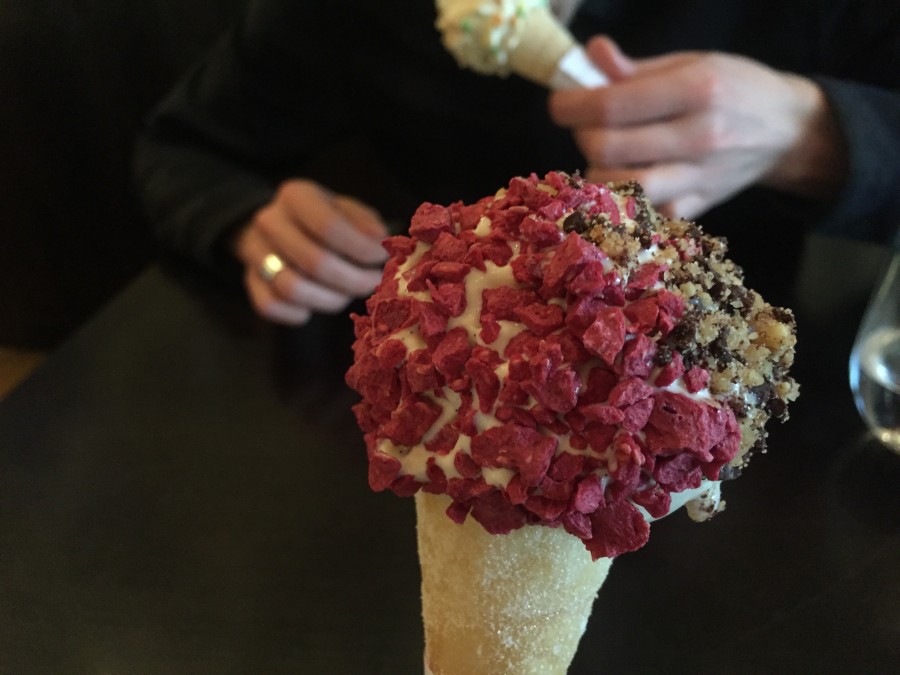 A final sweet treat; an earl grey chocolate pot with a cardamom shortbread biscuit – a sign the pastry section must be a bunch of wizards. If you like your puddings, this is the restaurant for you. 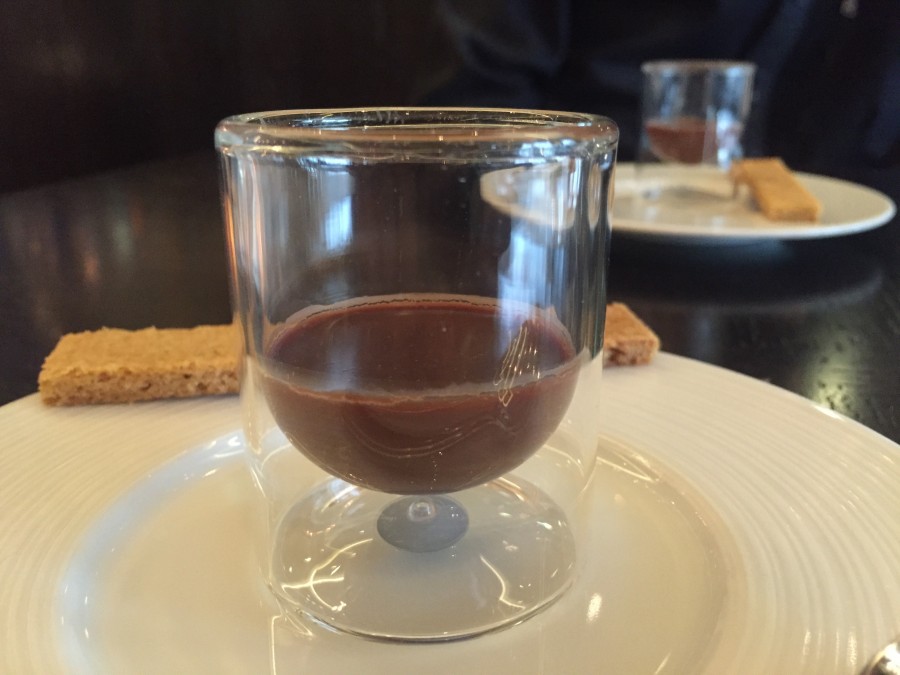 Even though we went for the set lunch option, the draw of some of the other dishes meant the bill racked up a little. Money well spent however. The restaurant feels special and the staff treat your stay like it’s special, which is really rather lovely.