In the second Samphire and Salsify Meets… we talk to Michelle Wade, owner of London’s oldest patisserie, Maison Bertaux. As we caught up over a café au lait and cheese croissant, while sitting in the kooky (to say the least) tea room, it was soon clear that Michelle is one of the unsung greats of the hospitality industry… 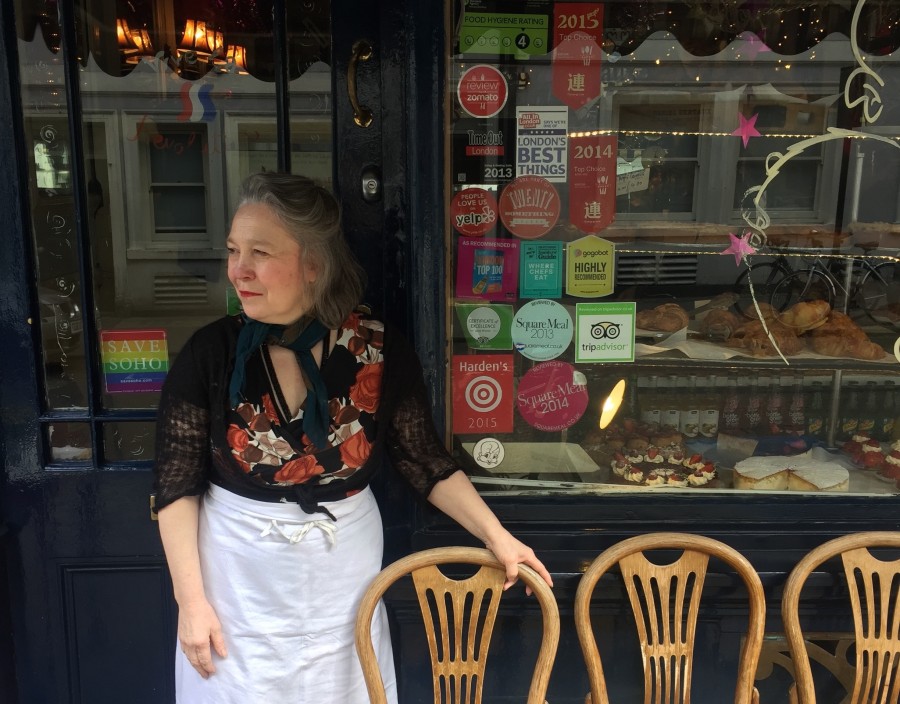 How did you come about owning Maison Bertaux?

After seeing a sign in the window, I started as a Saturday girl when I was about 16. Madame Vignaud was the owner and eventually, after I’d trained as an actor at RADA, she wanted to retire so I said I’d like to buy the business. “Don’t be so ridiculous dear!” was her reply. I was on just £42.50 a week as a waitress but I went out and raised the money. I was living in a warehouse floor in Shoreditch so I could borrow money against that. In those days banks were far more generous about lending money. The big recession in the 90s hit us hard meaning interest rates were high, so it was a very difficult time. 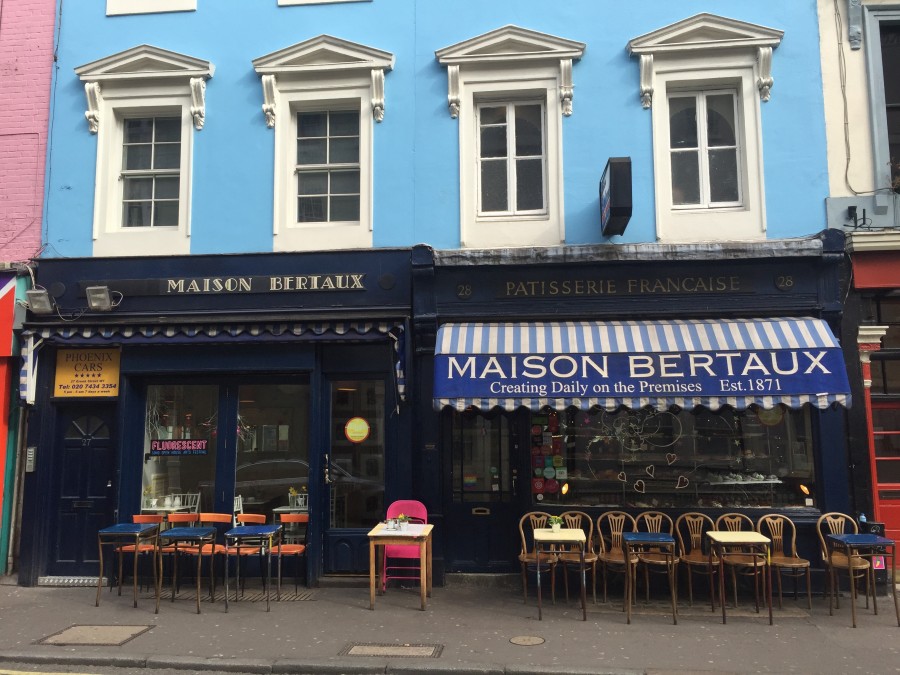 Tell us about your acting career

I always loved acting and RADA, where I spent nearly three years, was a marvellous place. I trained alongside amazing actors like Timothy Spall and Mark Rylance who are good friends to this day. It was a lot tougher in those days though, you had to get your equity card and without it you couldn’t get work. I remember having this very nice job when I left Rada; I played the young girl in the Wild Duck at the Lyric Hammersmith and the production got nice notices which was lovely.

So, now you’re the owner, has the cafe changed much?

Maison Bertaux was founded in 1871 so I do feel there’s a heritage to the place. Madam Vigny didn’t have any stuff, all the shelves were tidy, lots of clean lines. I couldn’t have it like that, I’m far too messy. There are lots of new fashions in tea rooms and I could change everything and modernise it, get those lightbulbs with filaments in, but maybe in 5 years you won’t see those anymore, perhaps it’s better to keep as you are. The cafe is a bit of me. It’s a love affair – the shop and me. 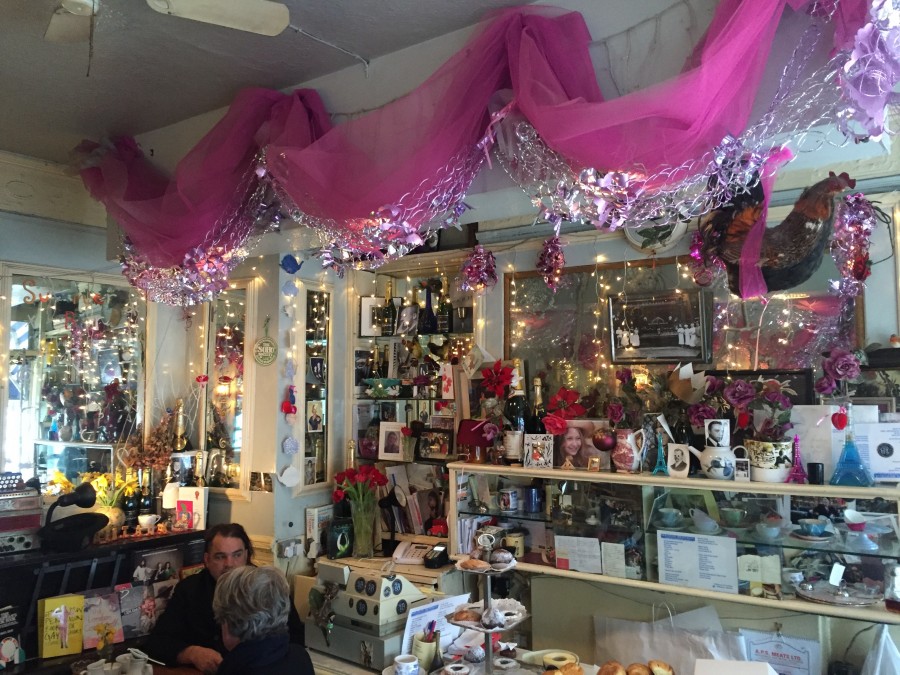 Where does the quirky style come from?

Everything I’ve got is from other restaurants! All the tables downstairs are from the Vietnamese restaurant when they refurbed, those chairs are all from Kettner’s, those big ones are from an Italian restaurant down the road that closed down, the chairs upstairs are from Soho House. The Cadbury Creme Egg pop-up shop went so I grabbed a couple of big bins – no harm asking!

Has Soho changed over the years?

Things used to be quiet in the evenings – we used to close the shop at 5:30 because there wasn’t any business. But the whole working day has shifted towards the evening. There’s always been sex around though. Here where we are sitting was the peep show and downstairs where that stage is, is where the girls used to wiggle about. The people of Soho are the same – you’ll often see repeats of people throughout the years. Soho is going through a good period – lots more unusual restaurants are here now. The only problem is landlords know they can charge a lot of money for the rent and rates have become very, very high.

What changes have you seen in the cafe world?

Those chain coffee shops like Costa and Starbucks are good for business – people go out for coffee now to socialise whereas they never used to as much. I noticed the Australians liked their coffee without froth and then suddenly we started seeing the flat white. We have to keep abreast of coffee trends. When I was small they used to call it cafe creme, then it was cafe au lait, then cappuccino, then latte. Now it’s flat white and the new one is a cortada. 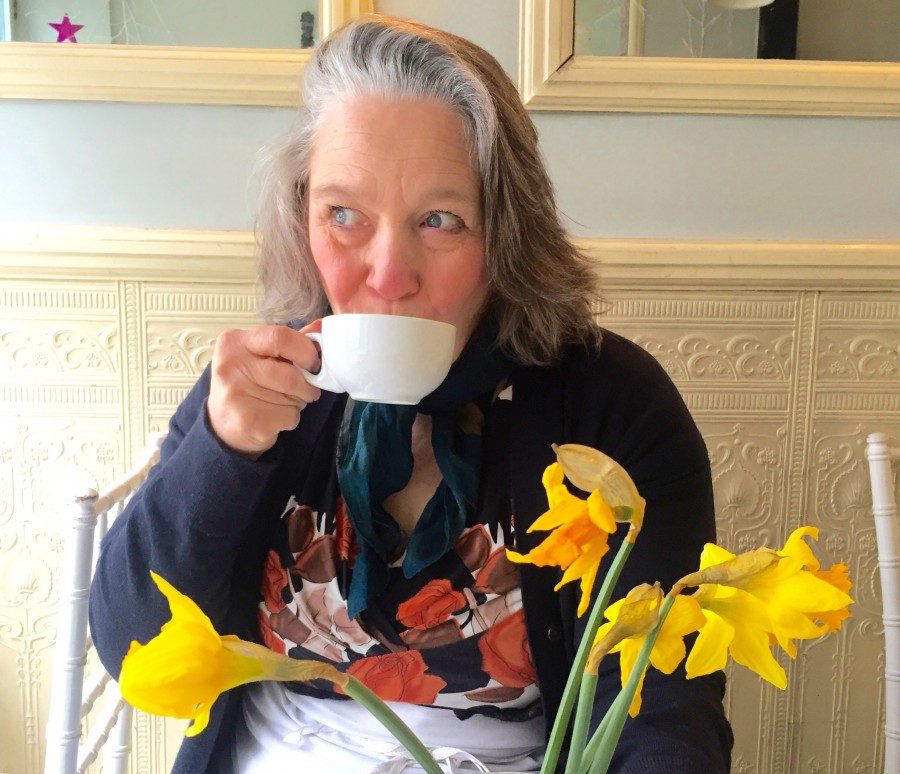 Do you have many regulars?

We have a massive Chinese clientele and they all bring their Mums to see me now. There’s a lovely boy from Warwick University who kisses me on the head and calls me Aunty. Then we have what I call the irregular regulars, people that have been coming intermittently for years, some even before they were born. I like to make it a magical place for people. The most important thing I want is for people to have a lovely experience when they come. I have another lady, Chinese, English born, who was just going through a divorce. She said she had no one to sit with and have a cup of tea so I sat with her and told our waiter “Have you met my new best friend? What’s your name again?” Now she comes every week.

We get a lot of chefs. Who’s that very nice Irish chef, very attractive, what’s his name? He’s got the restaurant down near Park Lane. Richard Corrigan. I remember the first day he came, he had a posh tea and a cheesecake. These nice chefs from St John came a lot and we’re surprised how good the pastries were. That nice chap from The Ivy, Fernando Peire, he comes a lot. I always ask him what should I do to the shop and he says don’t change anything!

Some restaurateurs are struggling with finding new staff. Is that a problem for you?

Quite the opposite – they never leave! The two chefs upstairs have been here 30 years. The Lithuanian boy has been here 6 years, this gentleman has been here 2 and a half years, my main waiter 10 years. The Italians have been here nearly 3 years each. I’m very accommodating for other people’s lives which is why they like it, probably because I came from the theatre, so if you have an interview you must go for it. I guess I’m quite nice, even though I do shout a bit, I am quite helpful. 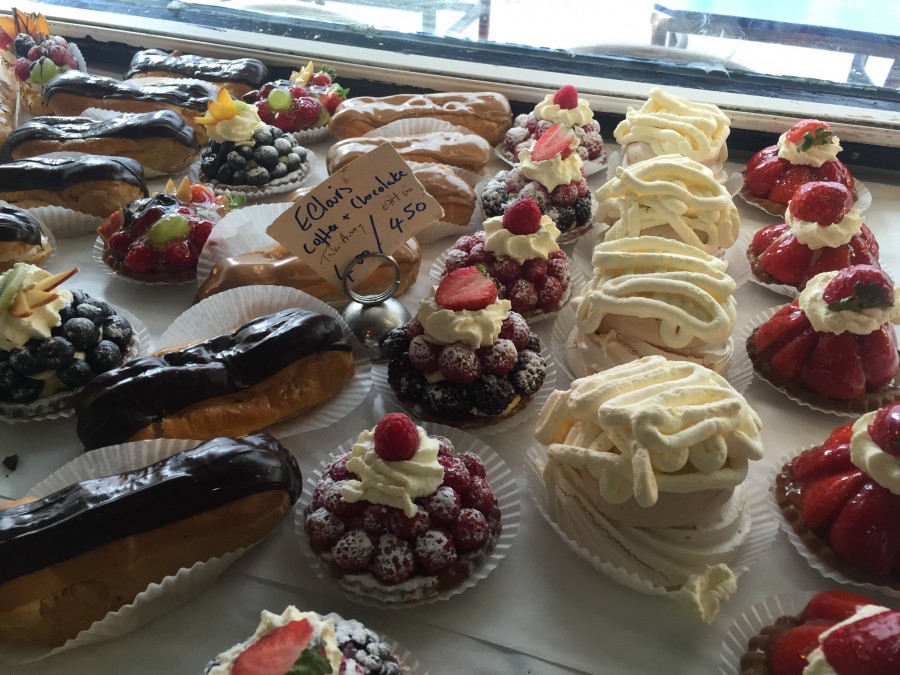 What are your best sellers?

The croissants and cheesecake are very popular. I’ve been with those pastries so long I can see if something isn’t right. Every day they look different, the fondant might not be quite right, it might be too shiny, might be matt. The choux pastry might be too crispy, too soft. The cakes are like funny friends – you know them so well you can tell if they’re in a bad mood or not!

How would you sum up Maison Bertaux in 3 words?