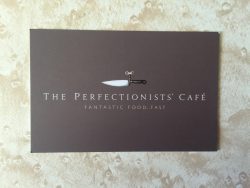 Airport food is notoriously scheisse. When a Nando’s and Pret opened in Gatwick South I thought that was as gastronomic as things could get, but after a recent meal at The Perfectionists’ Café in Heathrow Terminal 2, it was proof it isn’t all dismal on the other side.

It’s owned by Heston Blumenthal but unlike his other jazzier affairs, this offers burgers, pizzas and fish and chips. It’s an all day menu, there’s loads of choice, it’s well priced and kids eat for free during the school holidays; it’s certainly appealing to an airport crowd. But it’s stylish with it; there’s an open kitchen displaying Europe’s only airside wood burning pizza oven and there are comfy booths. 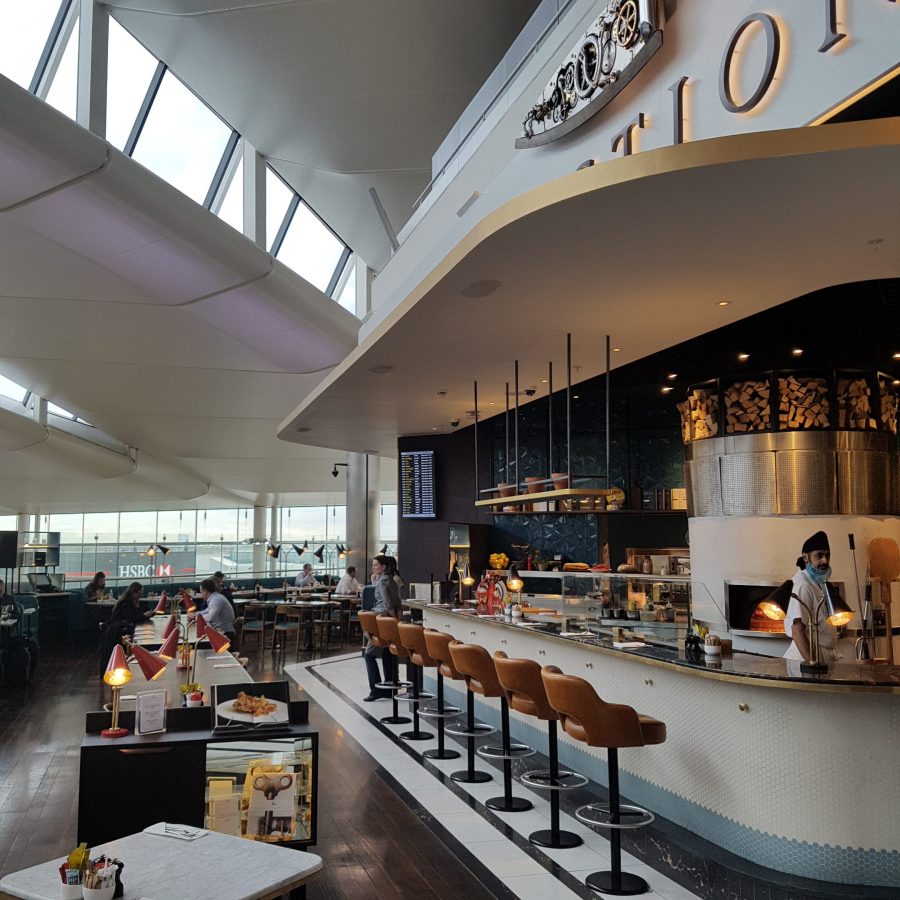 Pizzas from that very oven were, I’d go as far as to say, spectacular. They were as good as Pizza Pilgrims which is no mean feat – especially when you’re sitting in an airport. We went for a simple margherita (£10.75) and one topped with fennel sausage (£14.50). Doused in chilli oil, the crusts were the right side of spongey and the ingredients were of the highest quality. 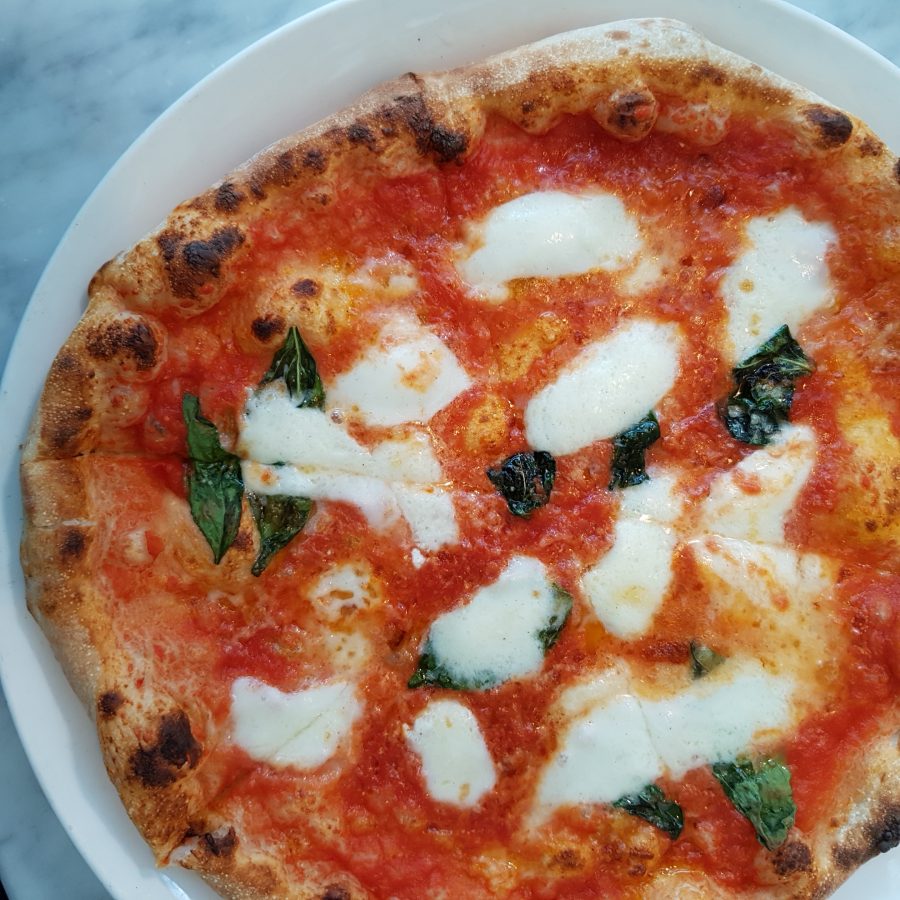 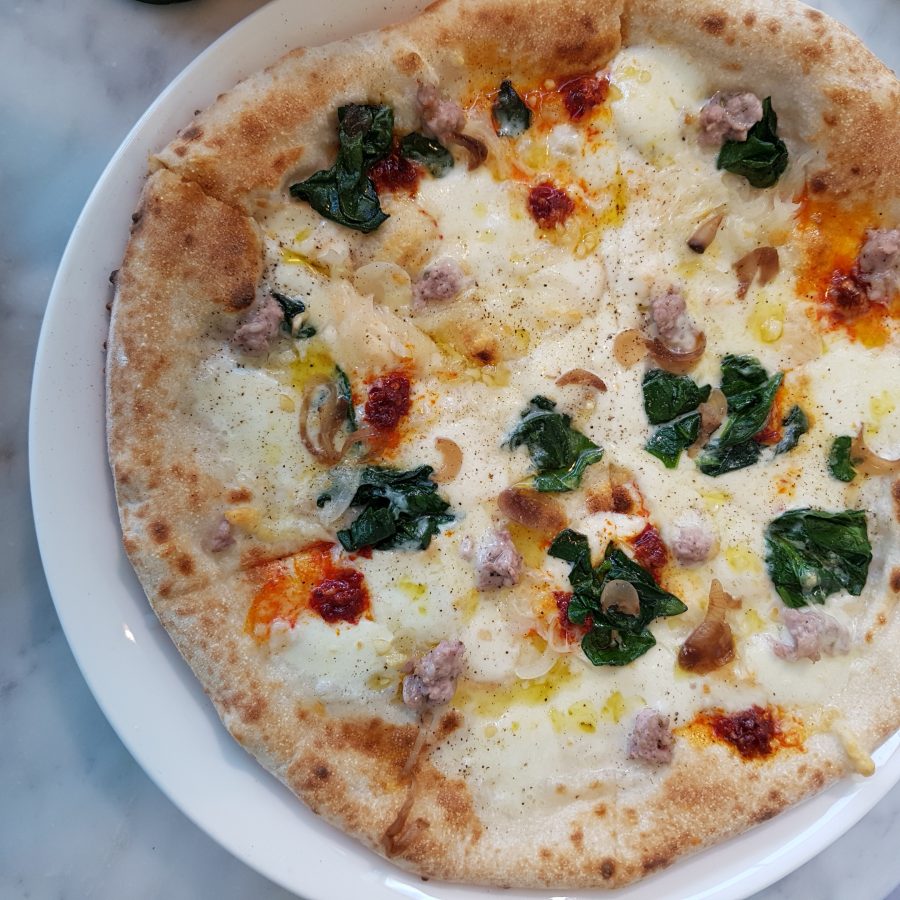 Fish and chips (£14.75) had the bubbliest batter I’m yet to come across due to it being aerated through a siphon – it looked like coral. It was served with bottles of spray-on malt vinegar and pickled onion juice which was fun and some mushy peas which had that comforting taste of mint jelly. 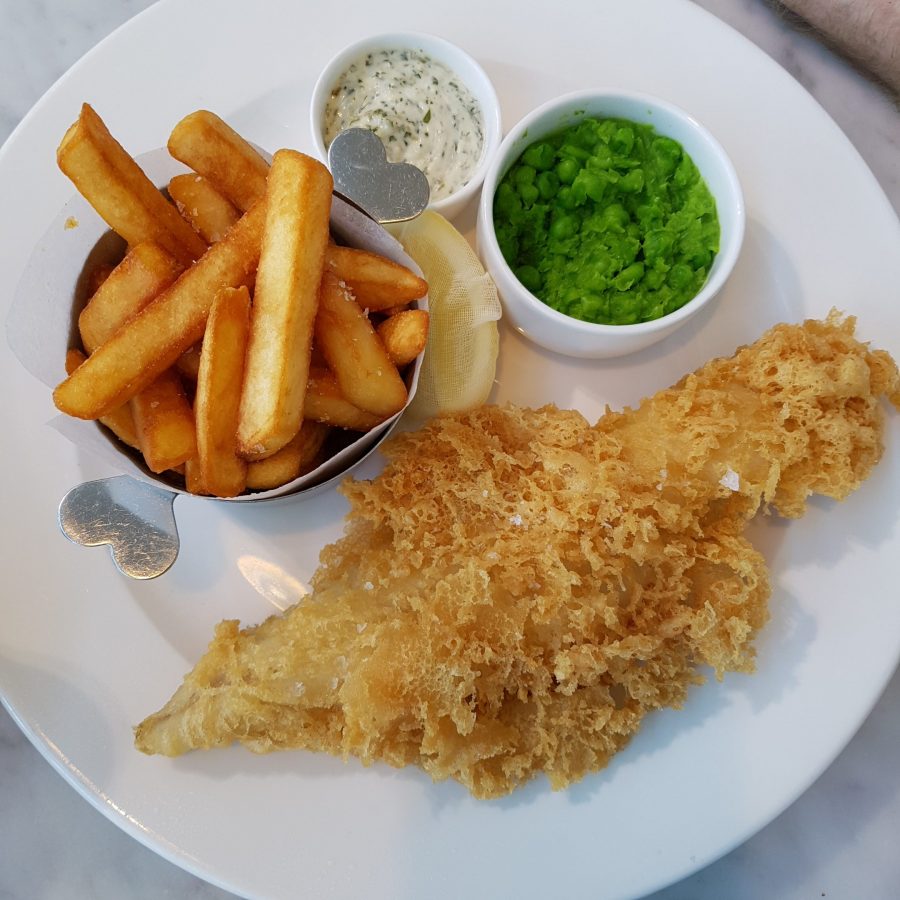 Slightly weaker was the warm salt beef and pickle burger (£13.50 for 10oz). Due to regulations (when did regulations ever make for good burgers?) the patties can only be cooked above medium. The flavour was certainly there but I’m just one of those boys who likes to see a bit of blood with my burger. 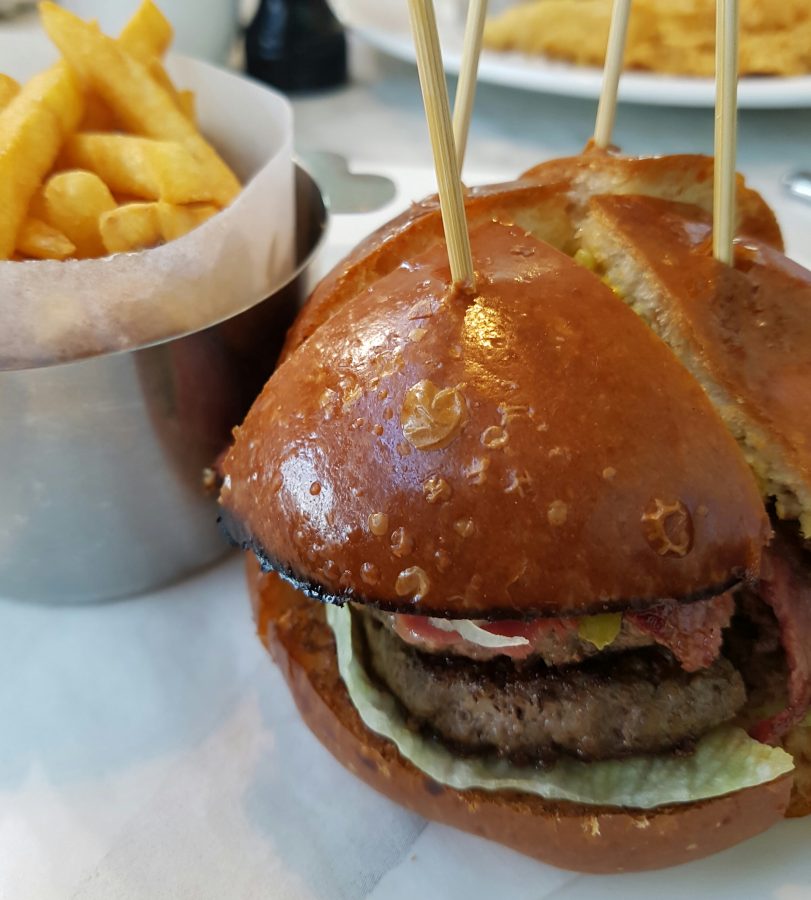 The real fun comes at pudding, where you can choose from a selection of ice creams using a “unique hi tech nitrogen dosing system”. The result is a smooth ice cream with plenty of flavour. The salted caramel and a blackcurrant sorbet (£7 for 3 scoops) that will make you stand to attention being the highlights. 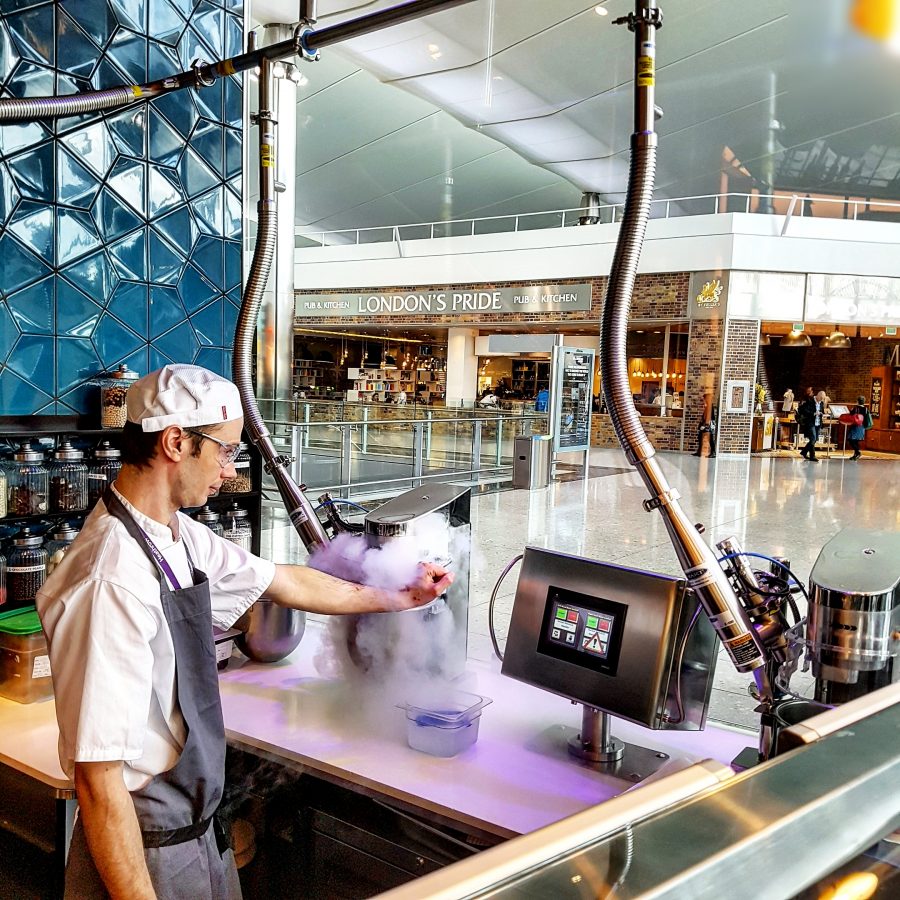 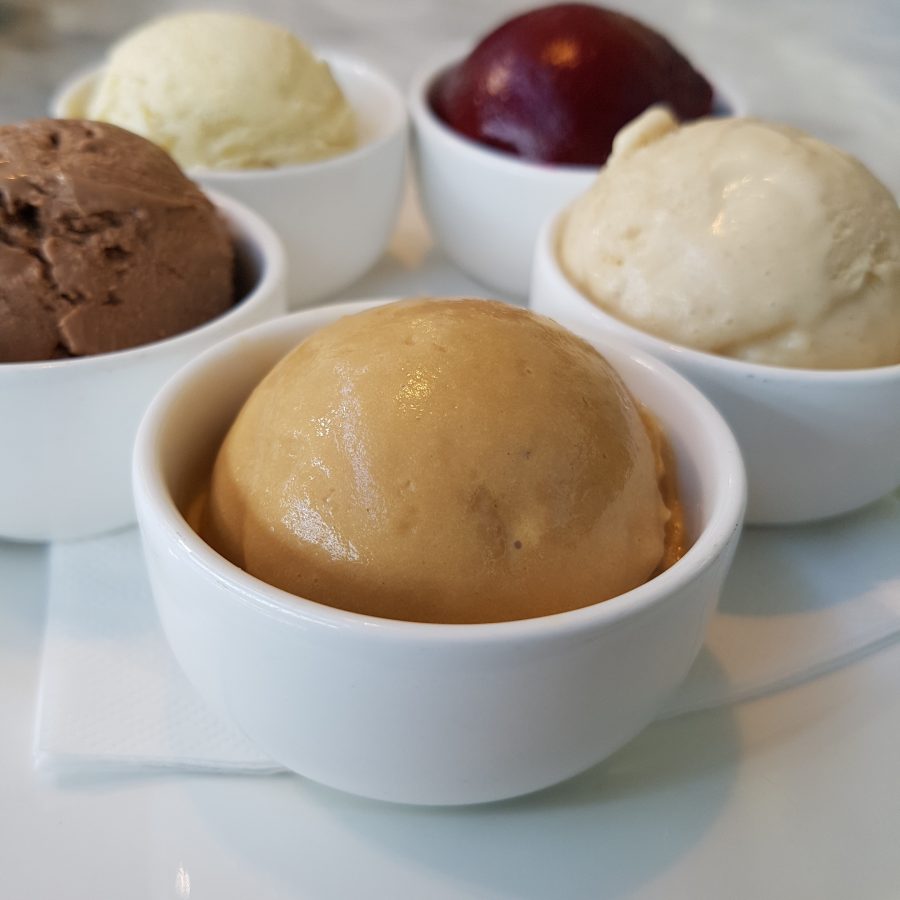 What makes the Perfectionists’ Café so impressive, and it’s important not to forget it, is that it’s based in an airport. Yet everything is made fresh and cooked to order, unlike I imagine, plenty of other choices nearby. The day boat fish for the fish and chips arrives daily meaning it couldn’t be any fresher, they managed to convince the airport to put a wood burning oven in the kitchen and they even wheel in giant canisters of liquid nitrogen for the ice creams. This is unlike any other airport restaurant.

Like the pics? We’ve been loaned a Samsung Galaxy S7 Edge and if you like taking photos, particularly of food, we couldn’t recommend it enough.