1. It’s no secret Tonkotsu is a favourite of mine but it’s not just their ramen I’m in love with. Salt and pepper squid here is the best I’ve found. 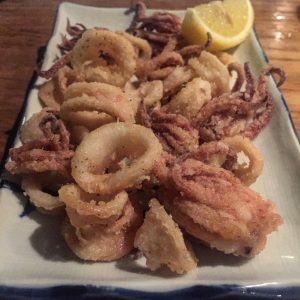 2. Keeping on that theme, salt and pepper prawns from Kings in Odiham, my parents’ local Chinese restaurant. The decor and staff haven’t changed in 30 years which is exactly why we love it and keep going back. 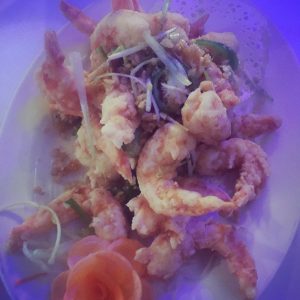 3. A burrata starter is the best way to begin any meal and, if like me, you’re obsessed with this creamy ball of cheesy loveliness then you need to try Padella‘s burrata in Borough Market. 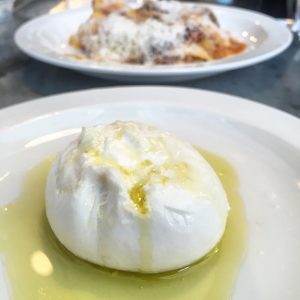 4. Two pies, one mash and a sh*t load of liquor always goes down well with me. On a recent trip to Greenwich we stumbled across Goddards who have been hand-making pies since 1890 – and very nice they were too. 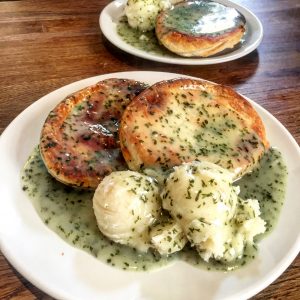 5. The Chelsea scenesters, along with Paris Hilton, were out in force for the opening party of the new one from Tom Sellers called Restaurant Ours. I tucked into this fried chicken while watching Rudimental spin the decks. 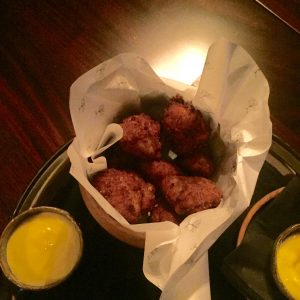 6. To Sushi Tetsu, the tiny Japanese restaurant in Clerkenwell with just 7 seats. We tucked into the Omakase (chef’s selection) as we watched the master at work (watch him on Vine) prepare the most exquisite sushi and sashimi. This is the salmon roe wrapped in nori. 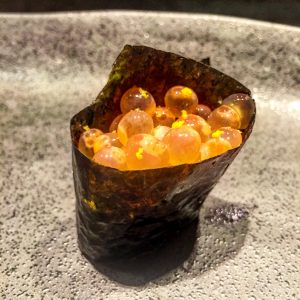 7. Soho House and Rowley Leigh have opened a new restaurant on Shaftesbury Avenue called Cafe Monico. The 3 of us were squished on a table for 2 but this Paris Brest more than made up for it. 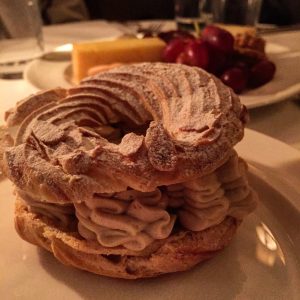