1. To a chocolate masterclass at the Café Royal hotel. A small group of us “bloggers” were treated to a lesson from the queen of choc herself Sarah Barber, the hotel’s exec pastry chef, where we made salted caramel truffles and giant chocolate handbags. They have a new dessert-only restaurant which is definitely worth checking out. 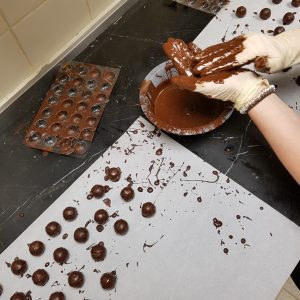 2. Craft LDN, Stevie Parle’s restaurant by the O2, hosts a weekly ‘Test Kitchen Tuesday‘ dinner where the chefs each get to create their own dishes to form a tasting menu. Priced at £28 it’s not only bargainous but intriguing and adventurous with it. This was the apple tart. 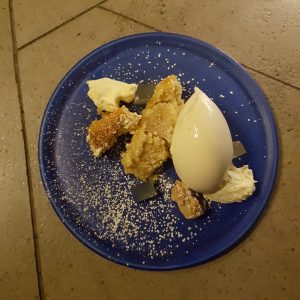 3. Gunpowder is an Indian small plate restaurant near Spitalfields Market and it’s rather good – and cramped. These Nagaland house crispy pork ribs were too good to share. 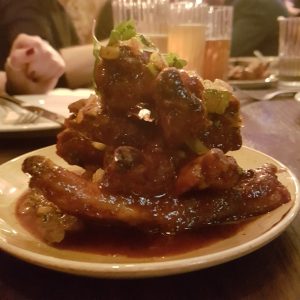 4. To celebrate the Queen’s 90th birthday, The Corinthia hotel hosted a brunch which featured this fabulous beef Wellington. On the 12th June they’ll be hosting another celebratory brunch in their Northall restaurant for the Queen’s official b’day, you can book via their website. 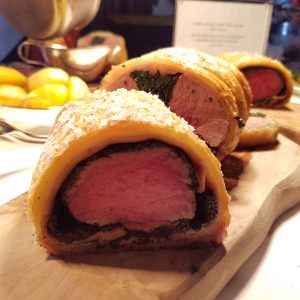 5. This is a croissant bread and butter pudding and you need to go and try it. New head chef, Tom Ryalls, is doing some great things over at Beagle in Shoreditch and this is one of them. 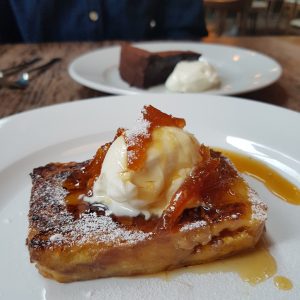 6. Vico in Cambridge Circus hosted a lively lunch to celebrate the very best of their meaty produce. Chef and owner Jacob Kennedy cooked plate after plate of beautiful (and giant) beef – this Txogitxu, a Spanish cow from the Basque Country, was a particular highlight. 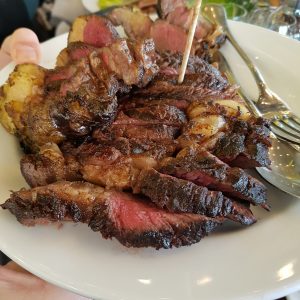 7. More meat, which is never a bad thing. Rotunda threw a party to welcome the sun, well sort of, on their canal-side terrace. Lobster and beef rolls, fresh from the barbie, were just the ticket. 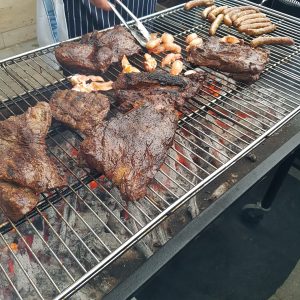 Did you eat anything fabulous last week? Let us know by commenting below.