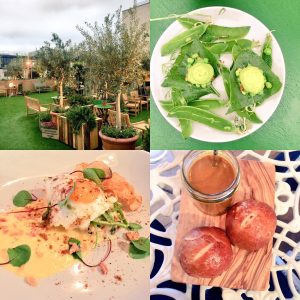 2. Did you know Barrafina on Drury Lane has outside seating? When the sun’s a-shining and you’re tucking into pan con tomate (vibrantly red tomatoes and olive oil piled high onto crisp sourdough toast) you really will feel like you’re on your holidays. 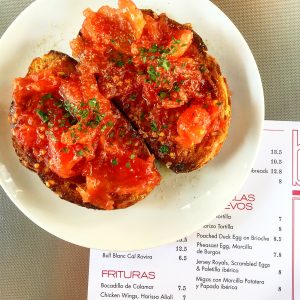 3. If you’re looking for decent scrambled eggs (aren’t we all?) then it doesn’t get much better than the light and airy ones at Granger & Co. Here, accompanied by avocado, toast, and bacon. That is ‘clean eating’ to me. 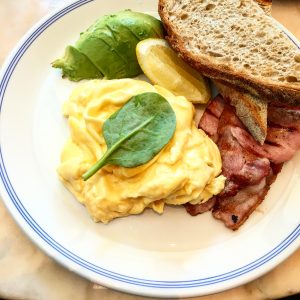 4. Chicken Shop in St John’s Wood has added Dirty Burger to the menu which is only ever a good thing. On a packed Thursday night we shared a double patty burger, half chicken and the crinkliest of crinkle cut fries. 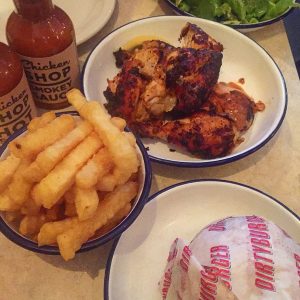 5. A new development near the Olympic Park called Here East is home to a cute new restaurant called Randy’s Wing Bar, specialising in, you’ve guessed it, chicken wings. These baked and grilled Bombay wings, spiked with Indian spicing, proved they know their stuff. 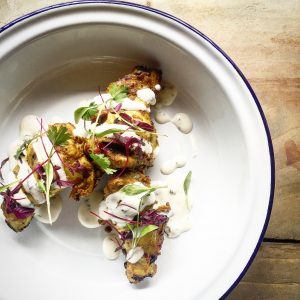 6. Due to the success of Hawksmoor’s ‘Classics Menu‘, they’ve started serving their 6 course tasting menu, which features their most popular dishes throughout the years, at all their sites. These Tamworth pork belly ribs, soft and fatty, much like myself, were to die for. 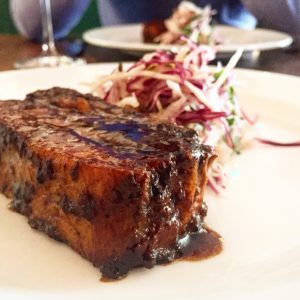 7. Hélène Darroze of the 2 Michelin starred restaurant at The Connaught, is heading over to San Sebastian to host a pop up restaurant at the Hotel Maria Cristina from June to October. Tasting this oyster tartare with caviar as a little preview for what’s to come out there, it’s set to be pretty special. Book here. 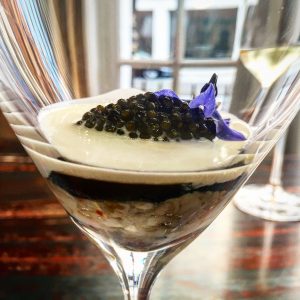