The Epic is Norwegian Cruise Lineâ€™s largest ship, holding 4,100 passengers – not to mention around 1,708 staff. It weighs 160,000 tonnes, itâ€™s 1,000 metres long, there are 18 bars and fourteen restaurants. But after a 7 night cruise leaving Marseille and sailing round the Med, I can safely say thereâ€™s quite a lot I didnâ€™t like about it. 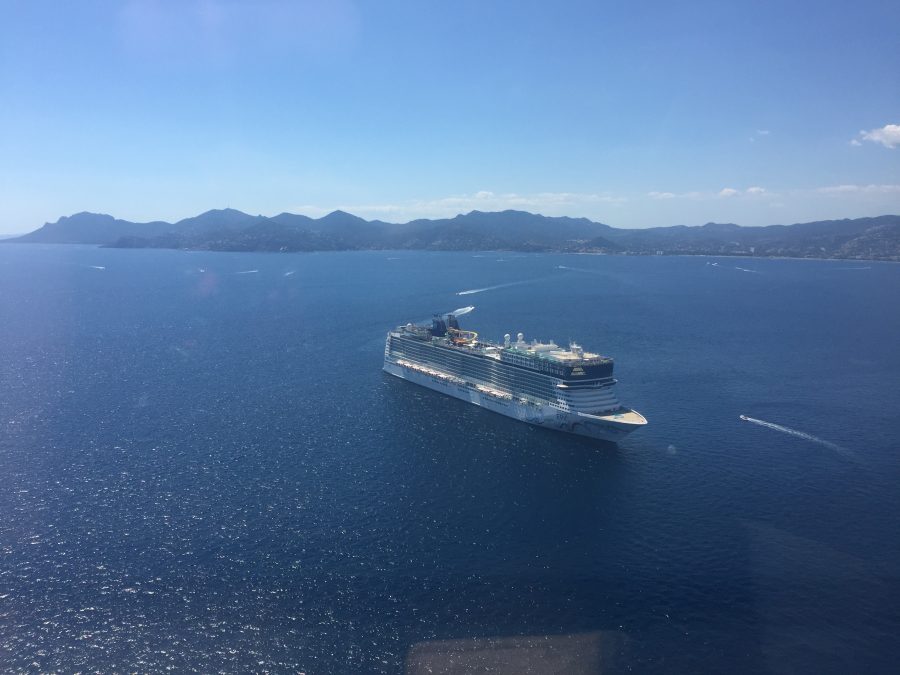 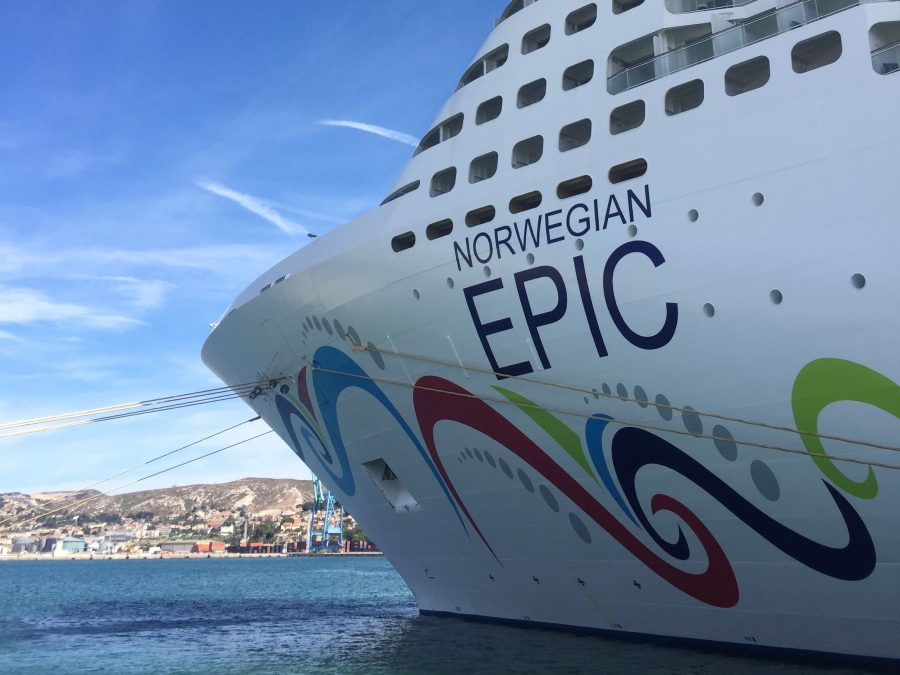 My room (11511) was a studio cabin which could have done with some TLC. The wardrobe doors regularly fell off their hinges, there were general scuff marks everywhere, along with a ‘wet paint’ sign when I first arrived, and my toilet had to be unblocked 6 times due to a fault – not ideal. 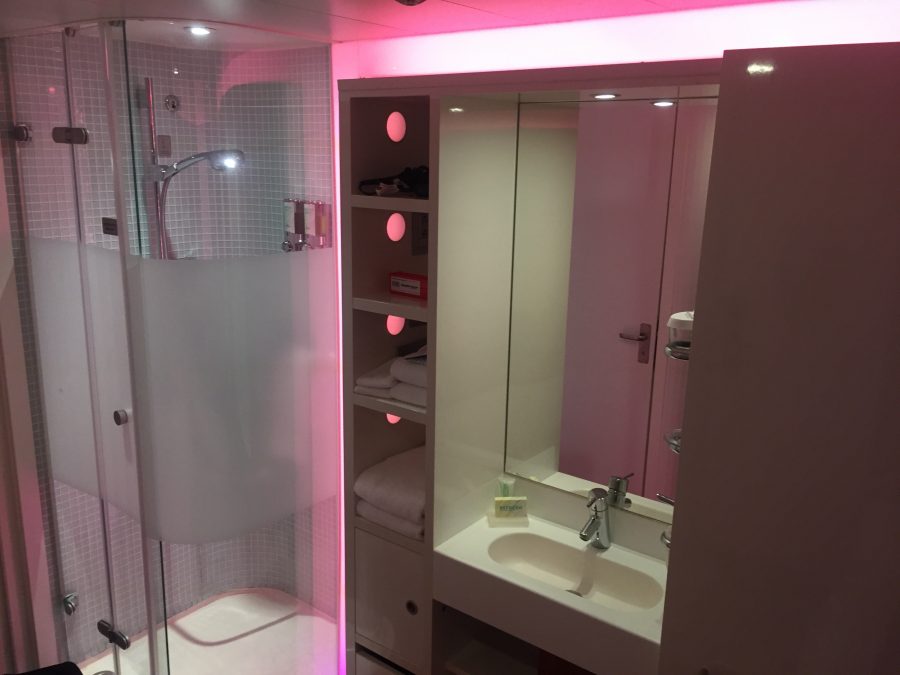 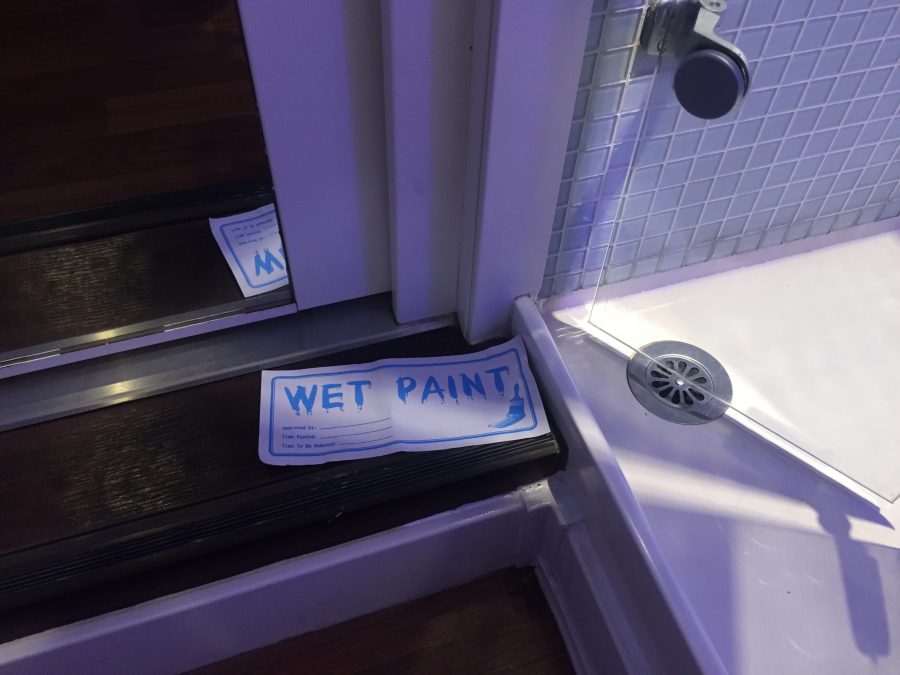 The bed was at least comfortable, the air con worked a treat and the room did have multicoloured mood lighting which was on the right side of charming for such a small space. ‘Small’ being the operative word though; even the sink was miniature. 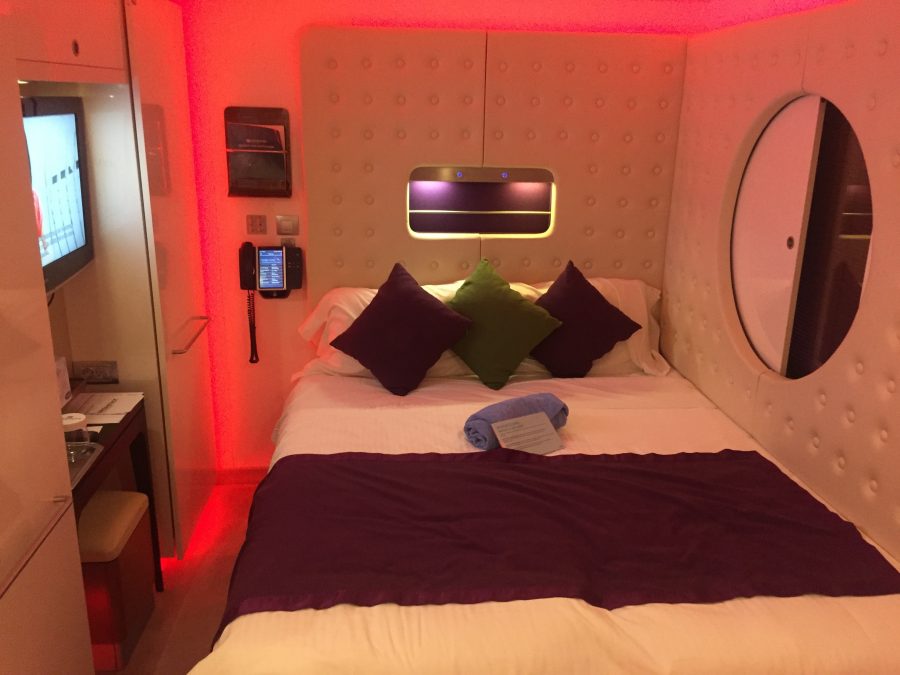 The main problem we found with the boat, surprising considering the size, was the lack of places to sit and have a drink. The few bars they did have, which filled quickly, were so close together the nightly singers (all of whom regularly suffered moments of tone deafness) meant you couldn’t hear yourself think. Noise in general was a common theme of the Norwegian Epic. 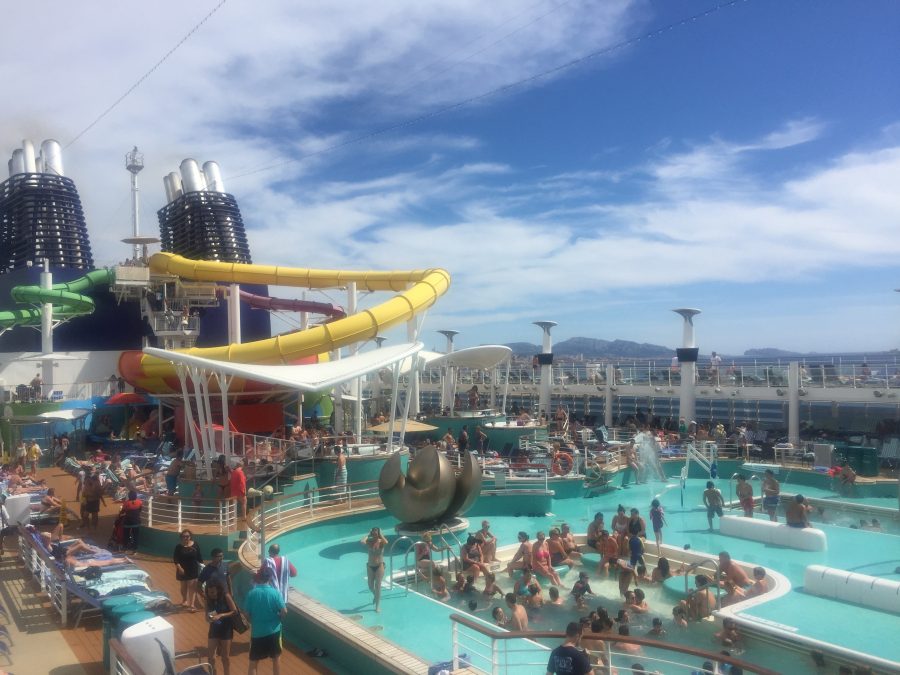 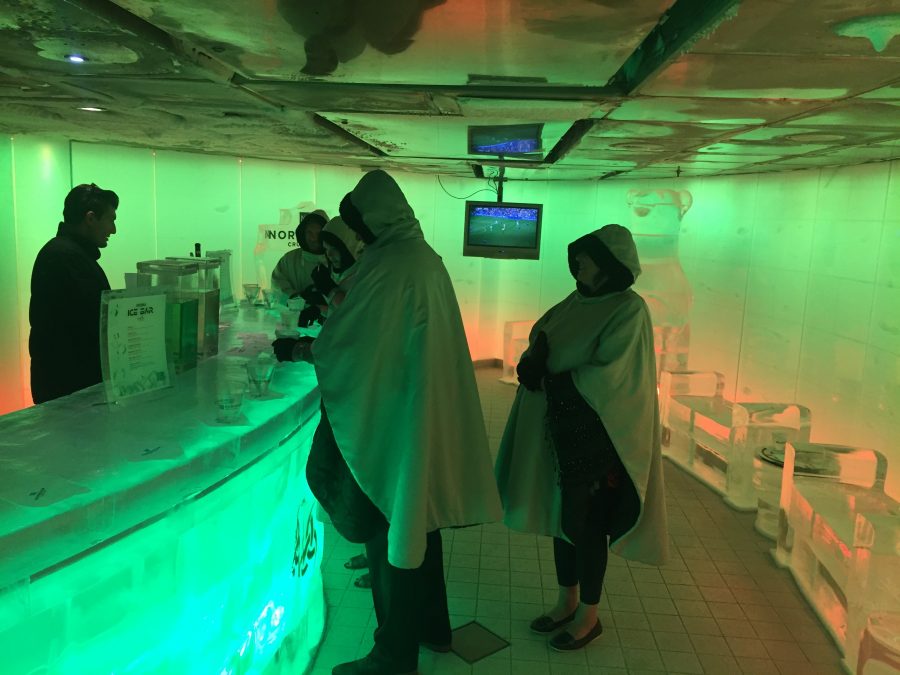 As is the case with most cruises these days, it’s all about the upgrades. If you were after a deck chair you didn’t have a hope in hell, unless you were up at the crack of dawn, so we upgraded to the “Posh Beach Club” ($15 per person per day extra). It gave us access to a more chilled area with sun loungers, beds and its own bar, which I couldn’t recommend enough. 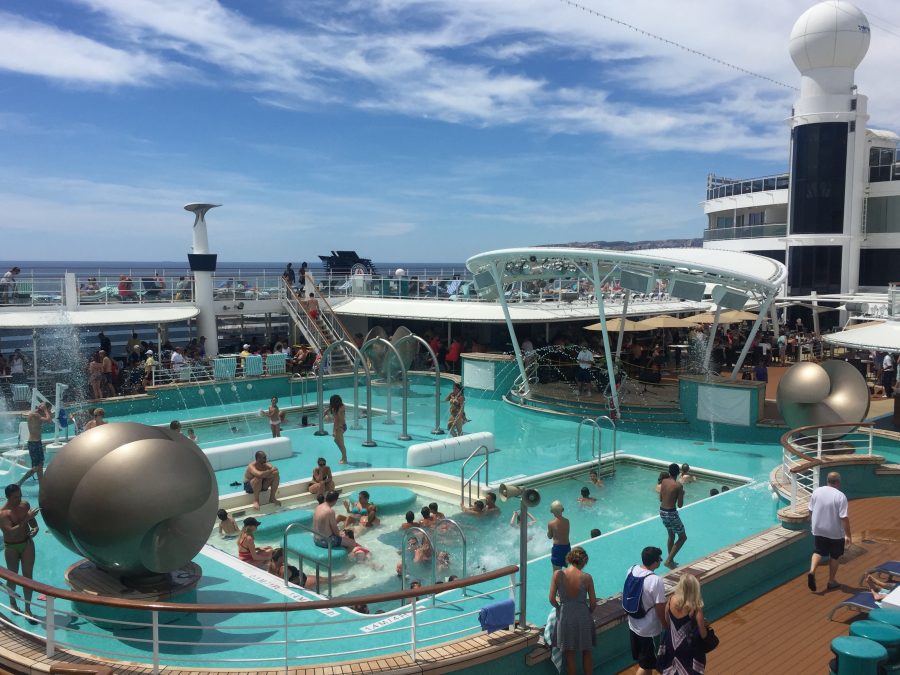 We also upgraded the dining package giving us access to the speciality restaurants over the buffet and complementary dining room – another recommendation. Across the board the food was decent (far better than a recent stay aboard P&O’s Britannia) but it was inconsistent.

A giant 32oz chunk of beef at Cagney’s Steakhouse was more fat than meat, I was served a raw rack of lamb with even rawer bacon at La Cucina and the presentation of the green tea cake at Teppanyaki was….different. If you’re after the best of the bunch, book Le Bistro – just ignore the naff names. 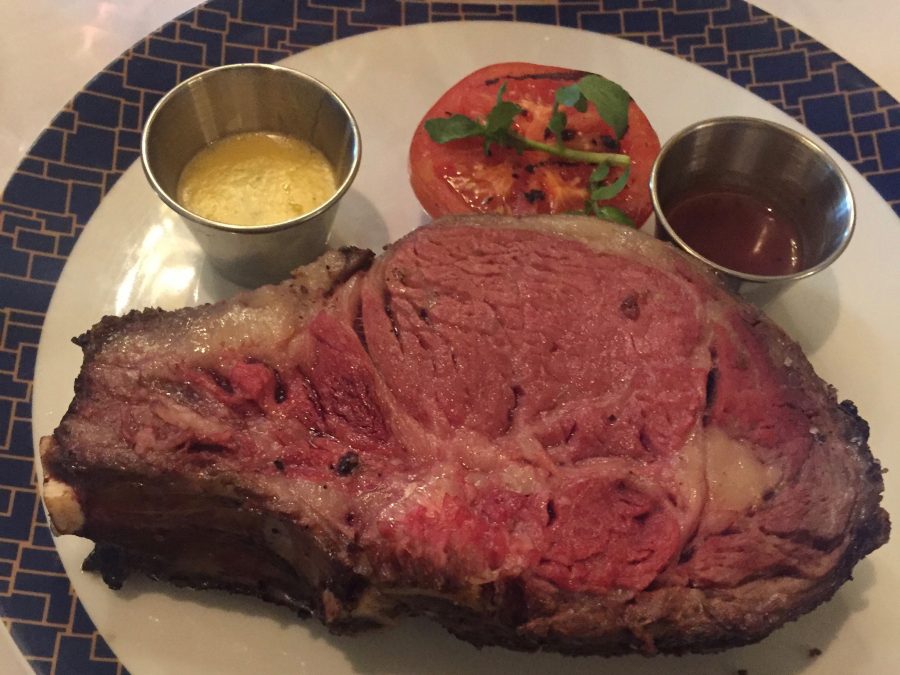 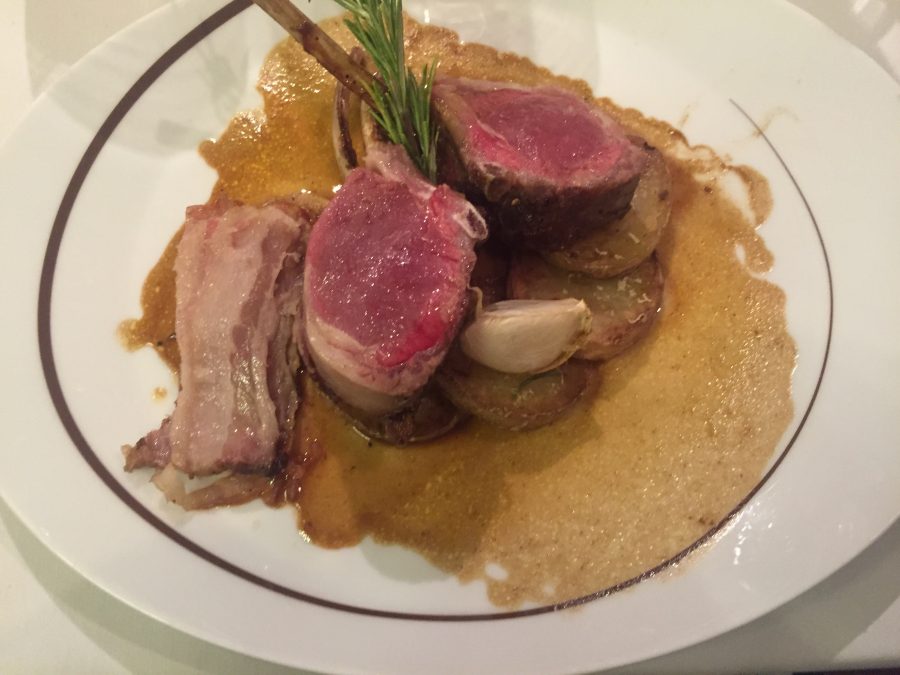 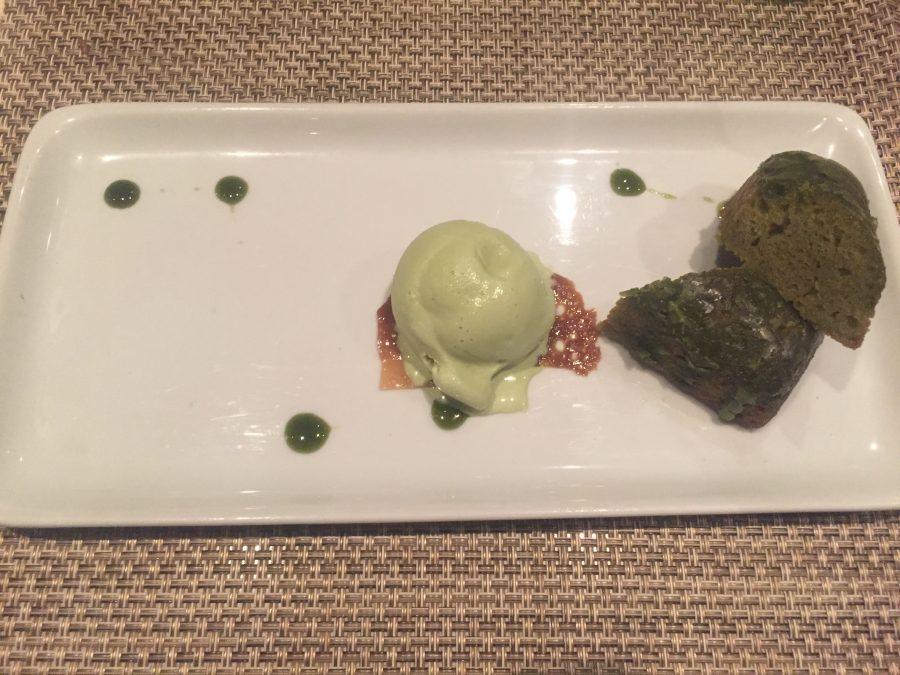 There’s no denying there’s plenty to keep one entertained aboard the Norwegian Epic; there’s an ice bar, water slides galore, karaoke – but it’s all geared towards children and those who like to party. For us, getting off the boat to visit Naples and Cannes for some peace and quiet was the highlight of an otherwise disappointing trip.

Would we stay again? No.