It’s easy to fall in love with Cumbria – with the dramatic rolling countryside it’s one of those places where you can actually convince people that holidaying in England is a good thing. And it doesn’t get more idyllic than the setting for The Forest Side, a new “fairytale gothic mansion” in Grasmere. 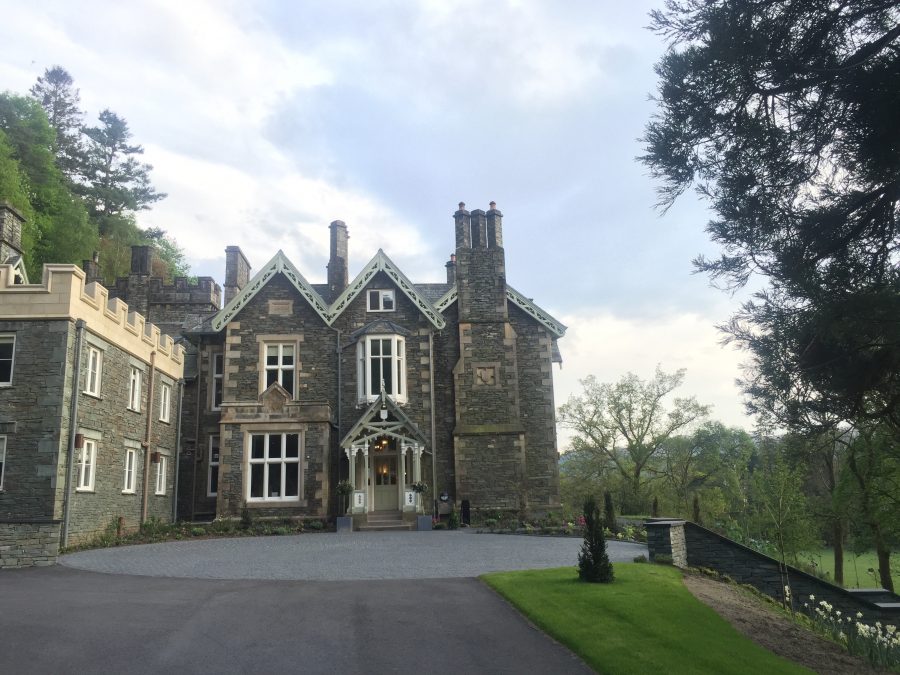 With its own private drive and landscaped surrounds, the entrance feels pretty swanky in an ‘in keeping with its surroundings’ kind of way. The car park is next to a walled garden where they grow shed loads of herbs/flowers/veg for the restaurant and there are sheep in the field next door. 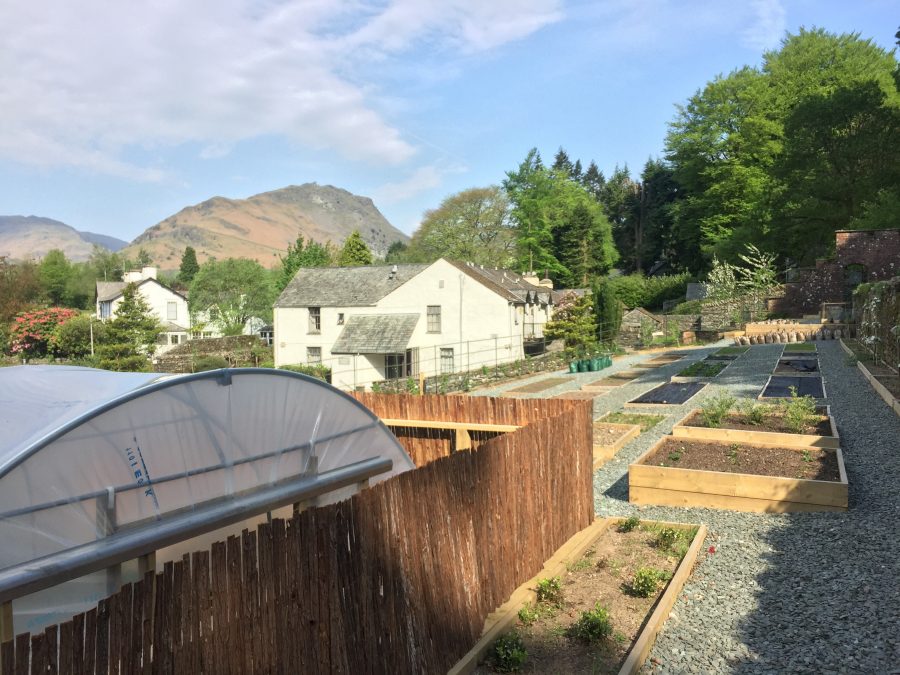 My room, named Chestnut, was on the top floor which had views over the back garden and the hills beyond. It was a little hot but with windows galore (and ones which handily keep out the late night Cumbrian wind) it was soon rectified. The room itself was lush; a comfy sofa, massive bed and a telly which pulled away from the wall so you can see it while lying down – imperative! They even leave homemade Jammie Dodgers as a welcome gift. 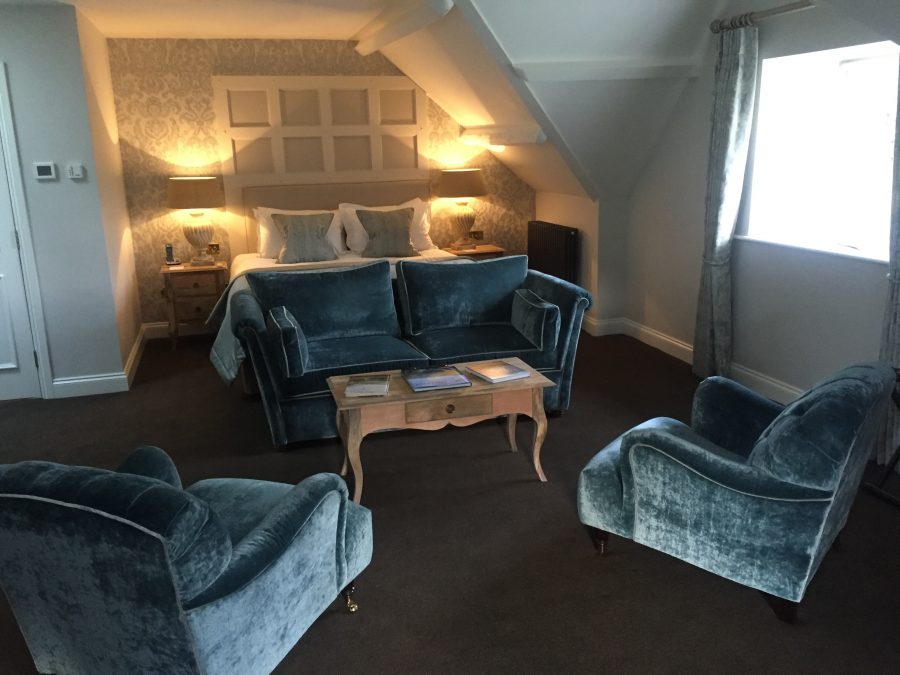 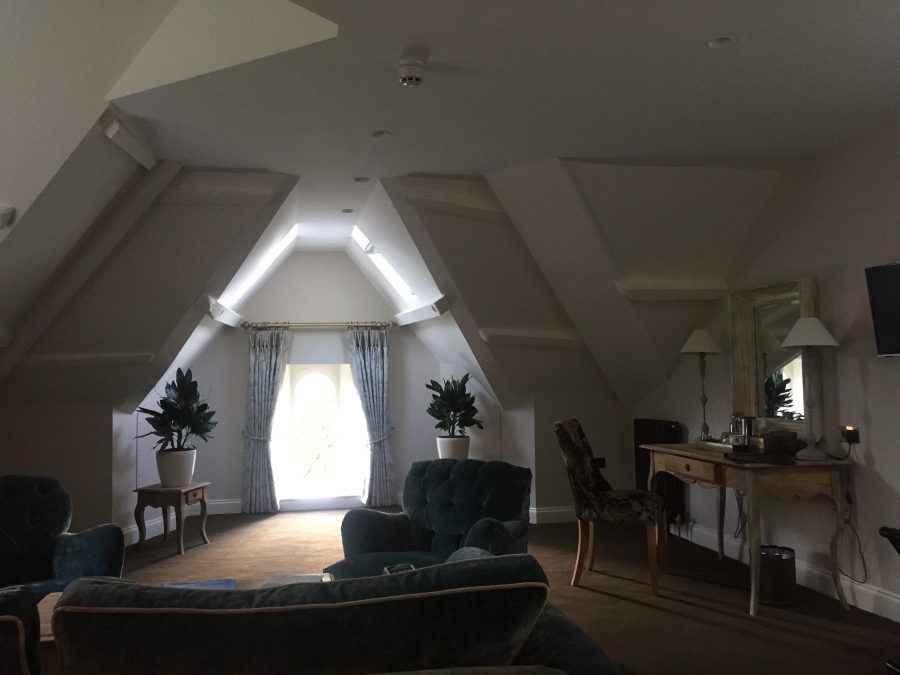 The bathroom was to equal standards with Bamford products everywhere you look and a large walk in shower with a simple on/off switch. Why do so many hotels make the showers so complicated?! Like the rest of the hotel, it had the charm of creaky floors and angled ceilings yet it didn’t feel old or stuffy. 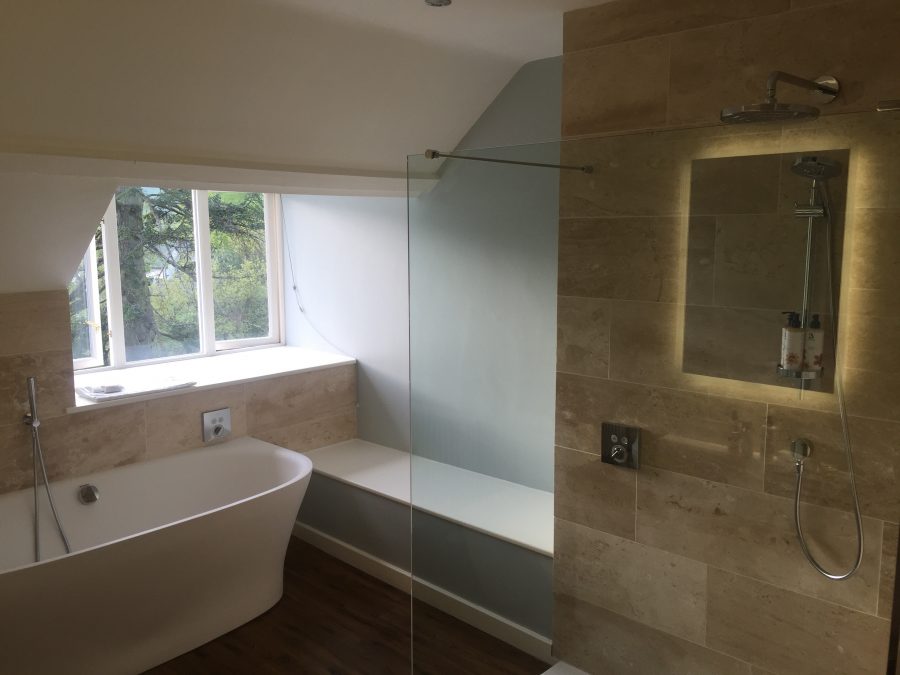 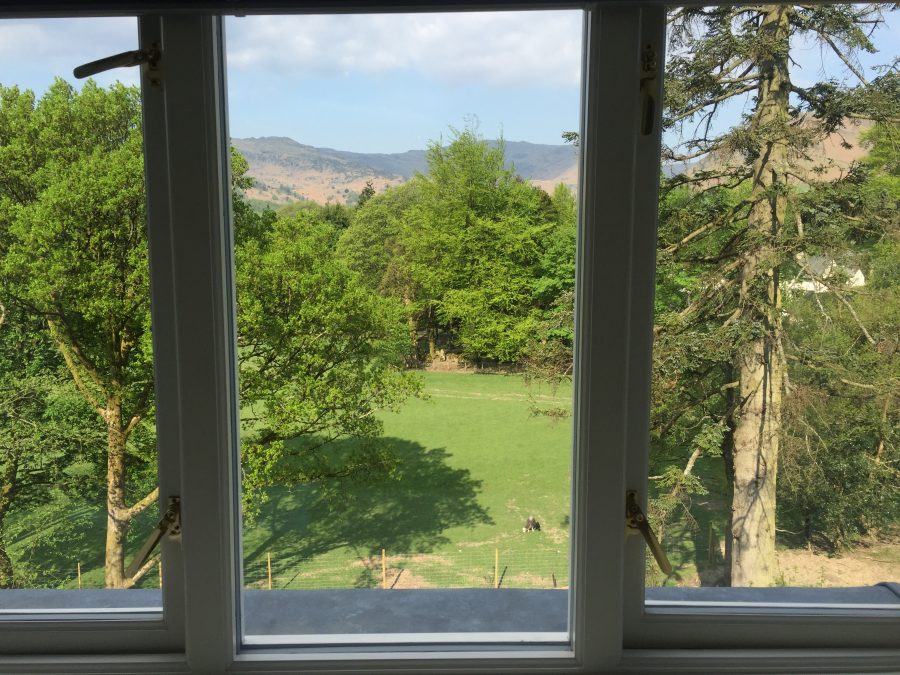 The restaurant was smart in a Fera at Claridge’s kind of way and seemed to attract locals as well as hotel guests. We opted for the larger tasting menu at £75 per person. With ingredients either being grown in the garden or sourced locally, (genuinely locally though, like the Herdwick lamb from a farm five minutes away) it was like a celebration of what Cumbria has to offer. Heritage potatoes, line caught halibut, homemade venison pastrami, Will and Emma’s Herdwick hogget; this is a kitchen that knows exactly what it’s doing. And the cheese board (all English and Irish cheeses) was insane. 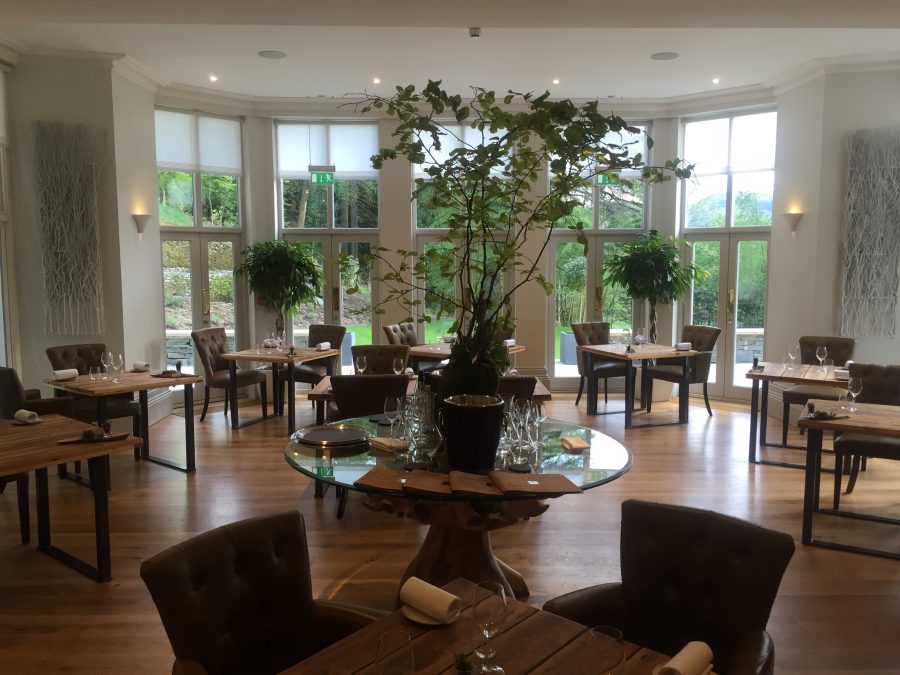 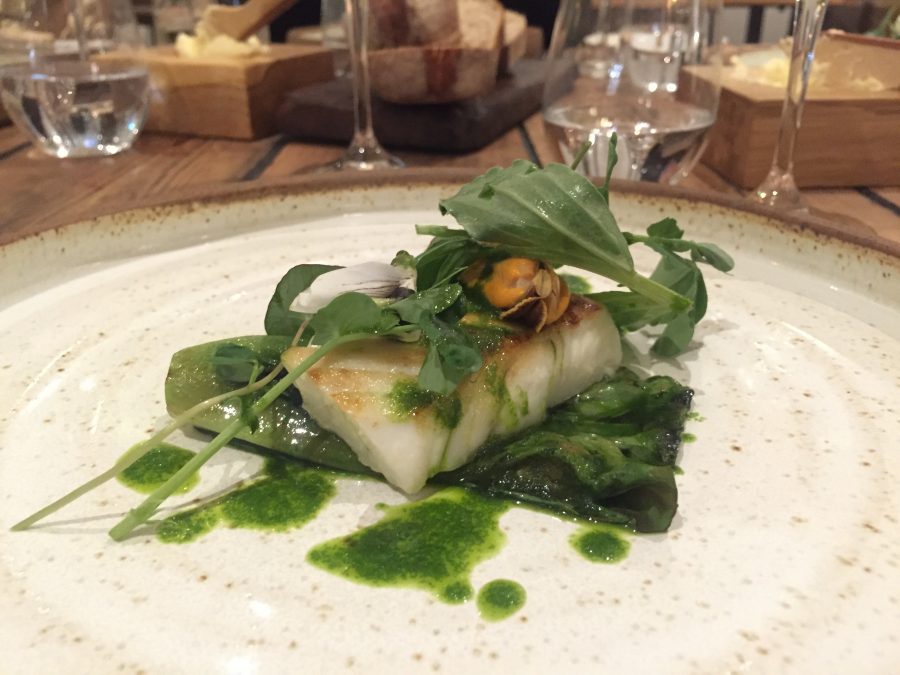 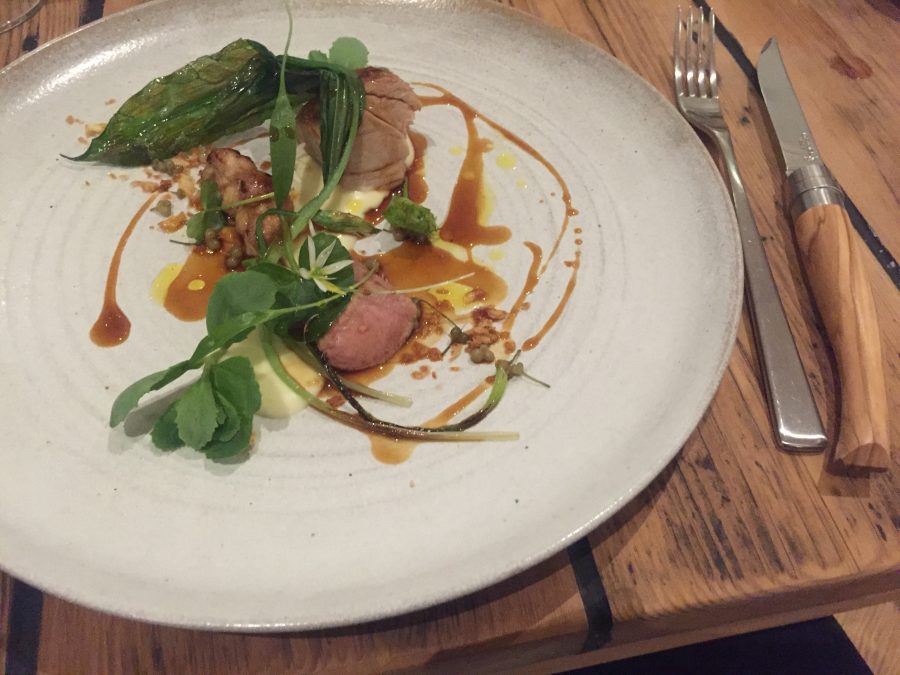 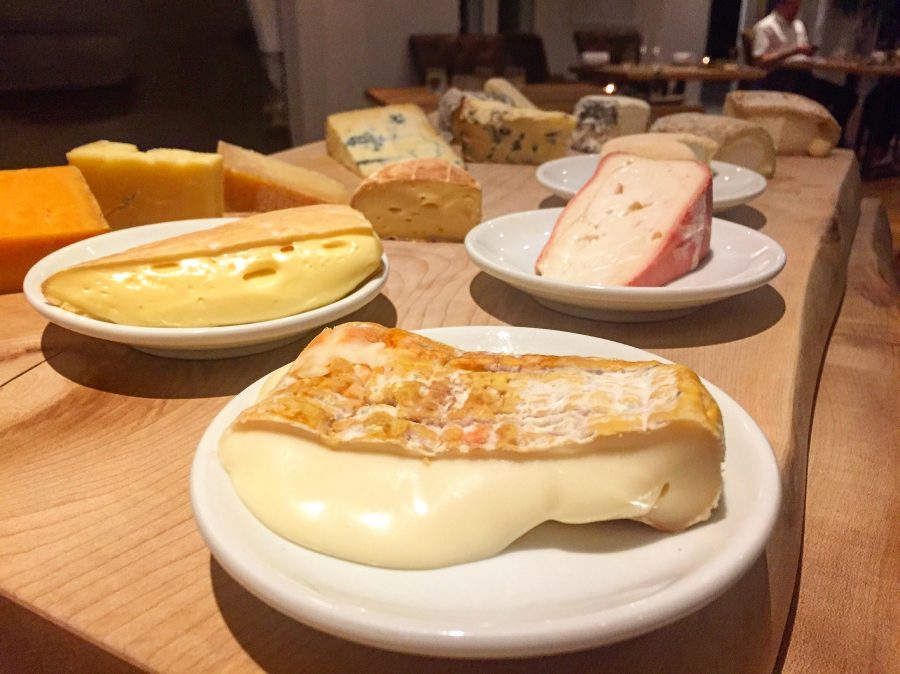 Breakfast followed suit; the bread with our eggy bread, bacon and maple syrup was from a local bakery called Lovingly Artisan and the fry up was hearty yet not greasy. Even the coffee was decent; all the staff had been on a training day at local Carvetii Coffee meaning we got the perfect flat white. 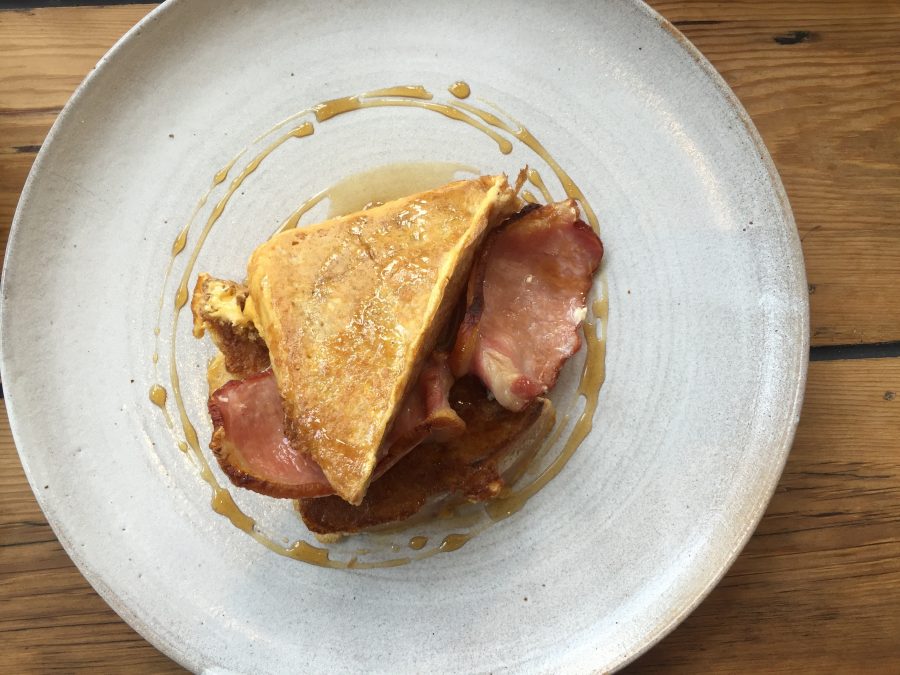 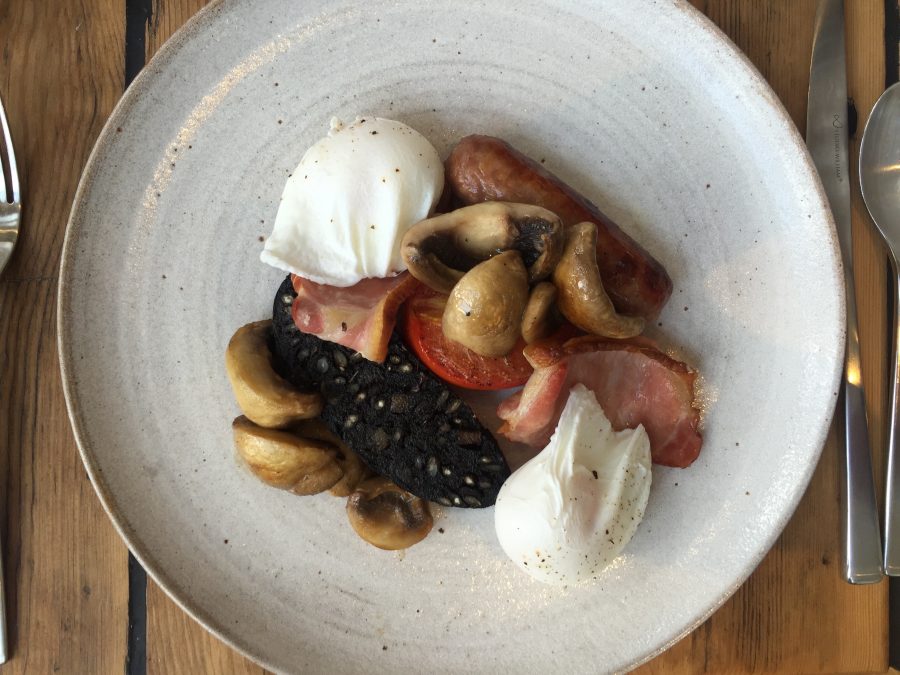 One of the best things about The Forest Side was the service. Across the board everyone seemed to have full knowledge of everything and talked about it all with such passion. That level of hospitality in a hotel/restaurant outside of London isn’t as common as I would wish. If you love a bit of luxury and want to get out of London, here’s the perfect place.

theforestside.com
We stayed as guests of the hotel.