1. To dinner in Peckham at Ronnie Murray’s new supper club. It was a tasting menu of peas and this pancake, using pea flour, topped with salmon smoked in his garden was pea-rfect. 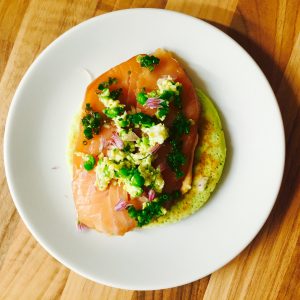 2. The Blood Shot Supper Club at The Dairy in Clapham certainly aint for the faint hearted as it kicks off at midnight – and we left at 4am with it still going strong. Anna Haugh, exec chef at Bob Bob Ricard, was cooking and the main event was this chicken kiev. 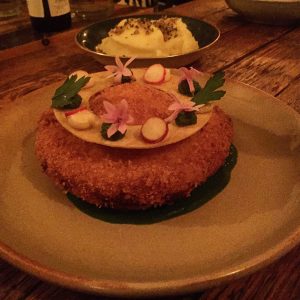 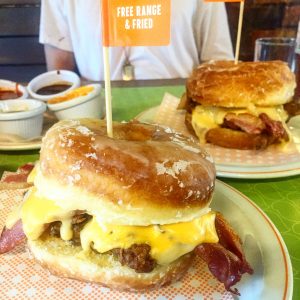 4. Ta Ta Eatery have teamed up with a cafe on the Kingsland Road thus creating Ta Ta + Curio. Currently open for dinner Thursday, Friday, Saturday the food is excellent especially this pickled mushrooms with egg yolk. 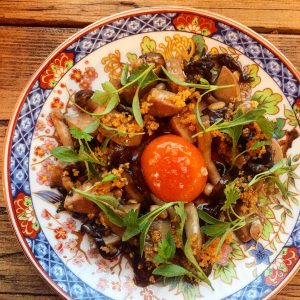 5. The roti at Roti King in Euston are lusherama. The surrounds might be basic but at £5.50 for the lamb curry and two rotis you really can’t go wrong. Just take some wet wipes. 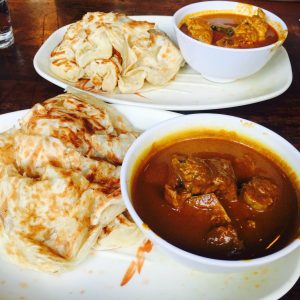 6. Bleecker Burger have popped up again under the Hungerford Bridge on the Southbank and before the last performance of The Suicide at the National (which was brilliant by the way) we devoured a Bleecker Black, Angry Fries and chocolate milkshake. 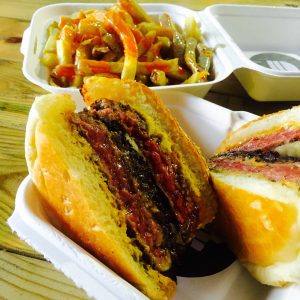 7. Dip & Flip have opened a new restaurant in Brixton. We’ve had many of their burgers but this was the first time we tried the roast lamb roll with mint sauce and gravy for dunking. Good lord, go and eat it now. 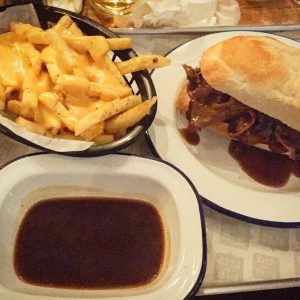 What did you eat last week that tasted goooood? Tell us by commenting below…