During our Sunday night stay at The Berkeley, sections of the hotel wereÂ under renovation; the front under scaffolding, the Blue Bar closed and the entrance relocated to the side of the building. It was impressive however that once inside we had no idea of said works – it felt every bit as glamorous as you might hope. FYI – the work is now complete and with a new entrance itâ€™s looking better than ever.

We arrived early to make use of the rooftop pool which has a retractable roof for the summer months. Itâ€™s not the biggest pool youâ€™ve ever seen but with views of Hyde Park opposite it’s just stunning. Get your dressing gown on, have a glass of bubbles and a bite to eat (we went for sautÃ©ed squid with courgette spaghetti) and youâ€™ll feel as relaxed as is humanly possible. 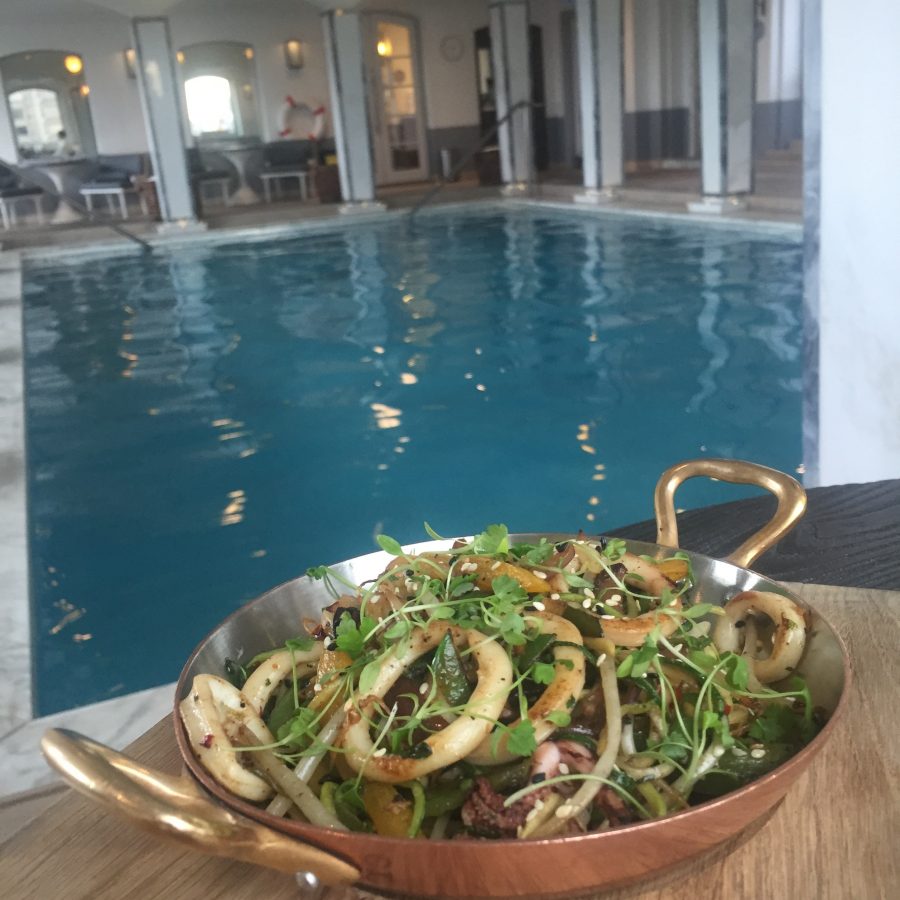 Our room, number 608, had a balcony overlooking the church opposite which was super charming. The room itself (again not overly massive) with its muted grey colour palate was understated luxury. Pillows galore atop a massive bed, with a chaise longue at the end, ensured a good nightâ€™s sleep. 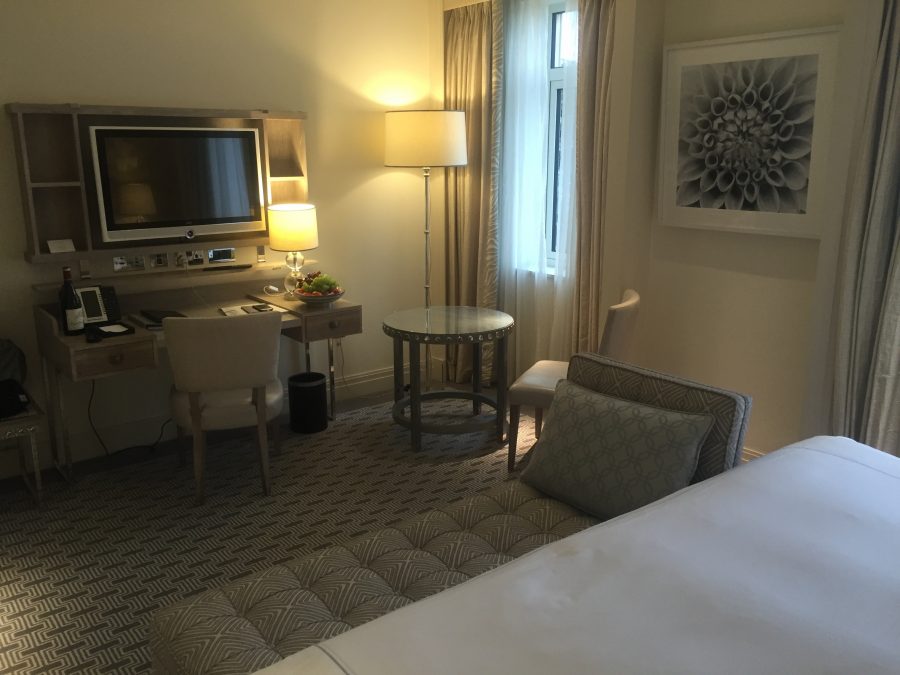 The bathroom was shiny and marble-tastic. There was one of those Japanese toilets that washes you afterwards which is always fun. The towels, all ‘The Berkeley’ branded, were the sort youâ€™d like to wrap yourself in never to unwrap again. 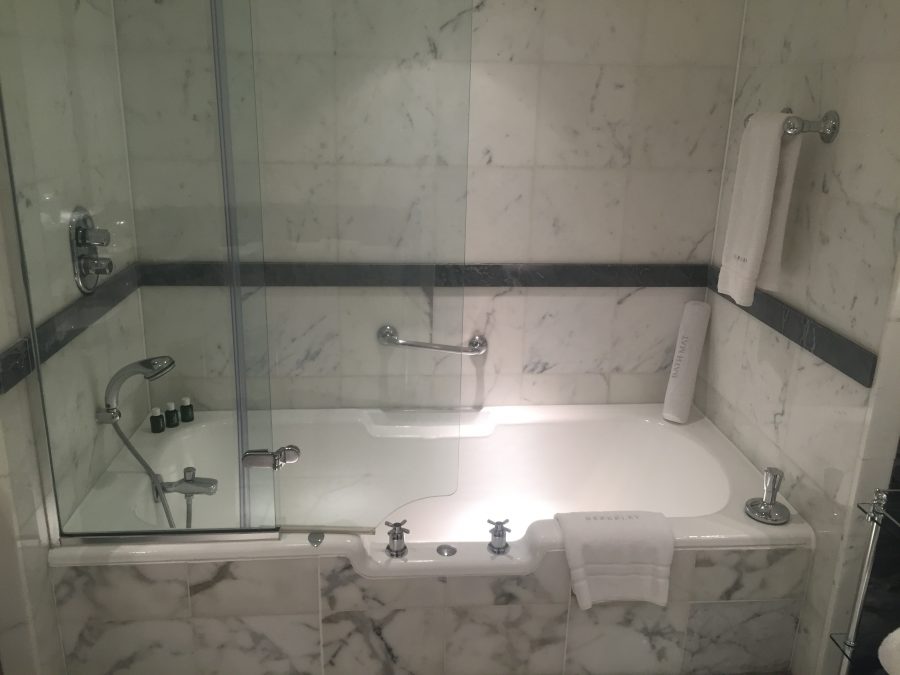 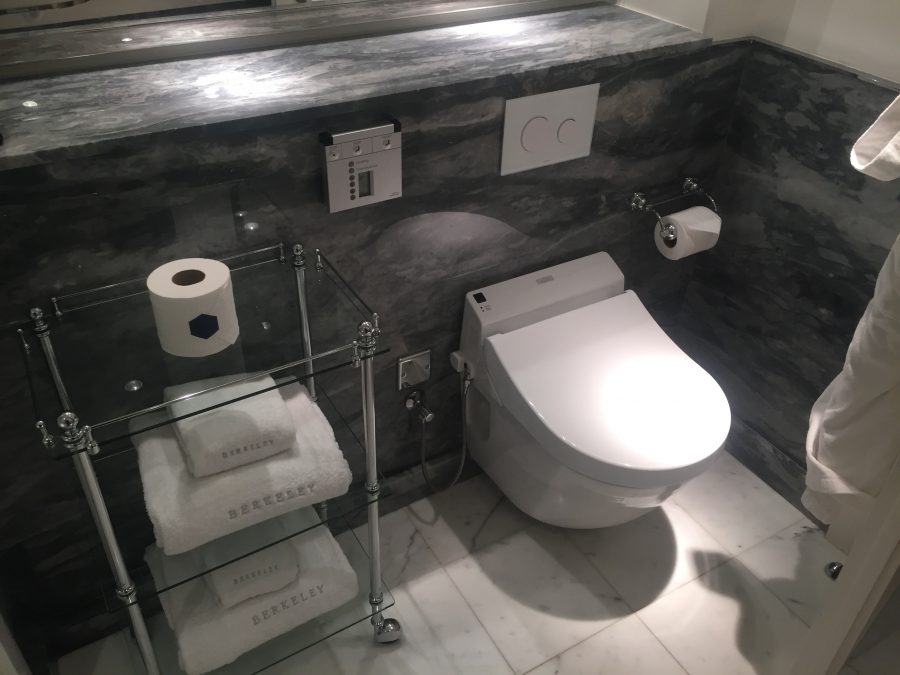 For dinner, we popped downstairs to Koffmannâ€™s, which was old school brilliance (read our review here). Itâ€™s just been announced however that itâ€™s closing in a few months which is a shame! Breakfast wise, there wasnâ€™t anything you couldn’t wish for; we helped ourselves to the pastry basket, ordered eggs royale from the menu and drank gallons of Yakult. The perfect start to any day. 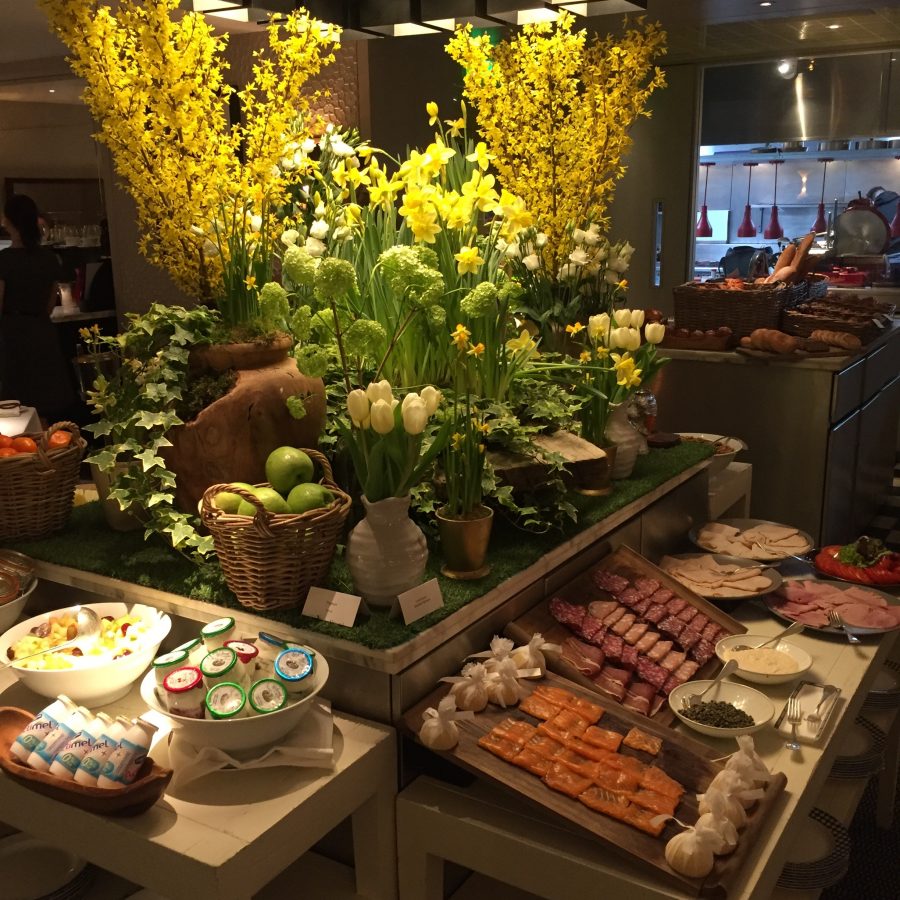 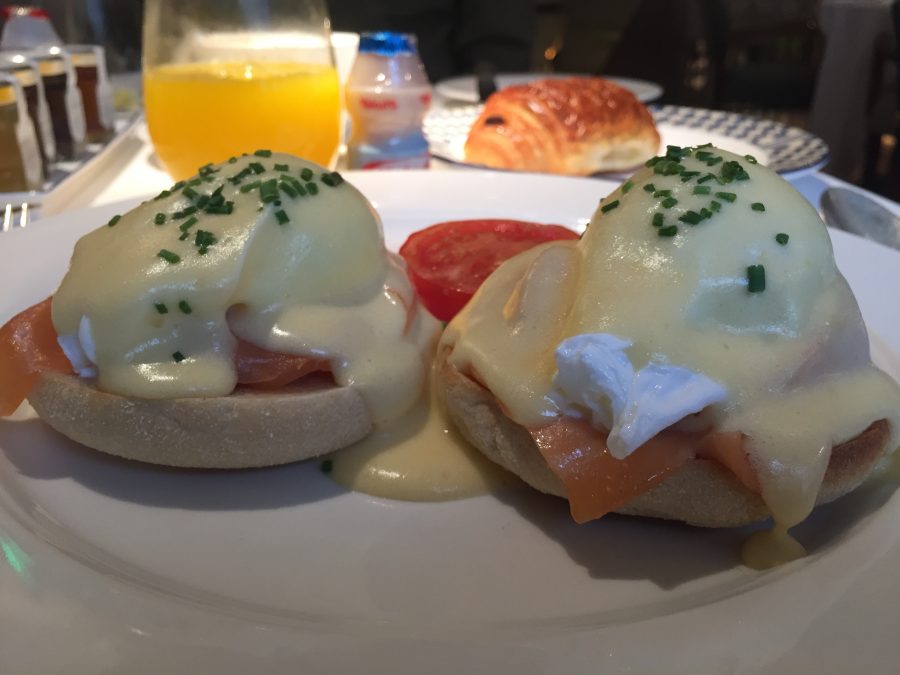 Our stay at The Berkeley (owned by the Maybourne group, who also own Claridgeâ€™s and The Connaught) felt like weâ€™d escaped London for the night. It was peaceful and relaxing which was helped by staff who ensure nothing is too much trouble. With that rooftop pool, the whole experience is really quite special.