Based in Neal’s Yard, The Barbary is the sister restaurant to the popular Palomar. Now, on paper, The Barbary isn’t an easy one to like. There’s just counter seating around a super hot kitchen which stinks of smoke. They don’t take reservations. Once the queue gets beyond the front door you can no longer wait and while you do wait, it’s insanely cramped. 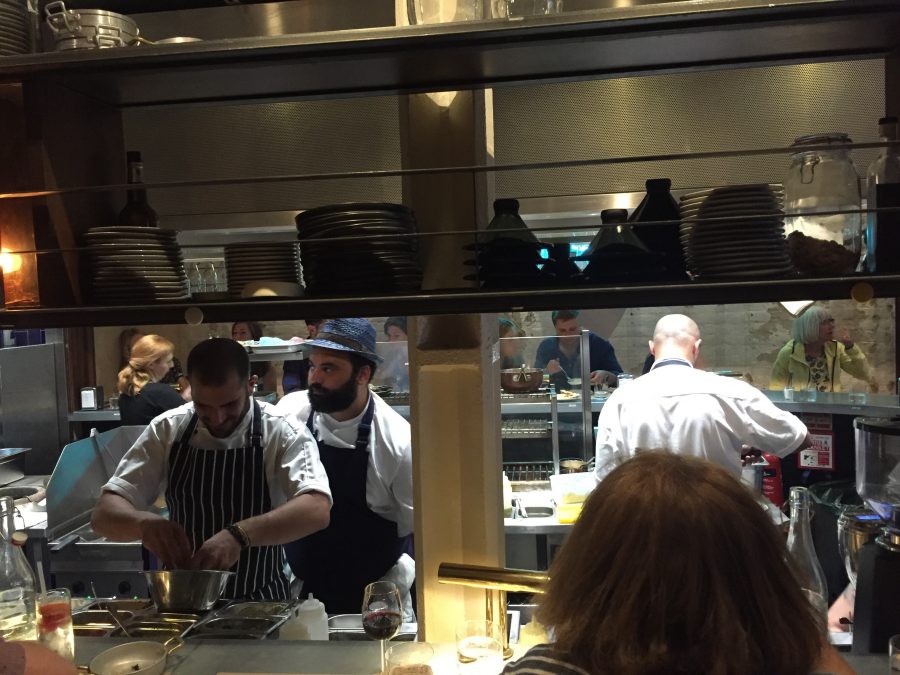 That being said, there’s an energy about the place which is quite infectious. The service is some of the friendliest we’ve come across and the music is the sort that has you singing along like you’re in a Lucky Voice karaoke booth. Admittedly, it won’t be for everyone, but we ruddy loved it.

Most importantly, the Middle Eastern-inspired food was insanely good. From the tandoor oven, naan e barbari (£3.50) and a sesame seed-tastic Jerusalem bagel (£4) were fine examples of bread. Dunked in the Baba Ghanoush (£4), an aubergine dip, they were even better. 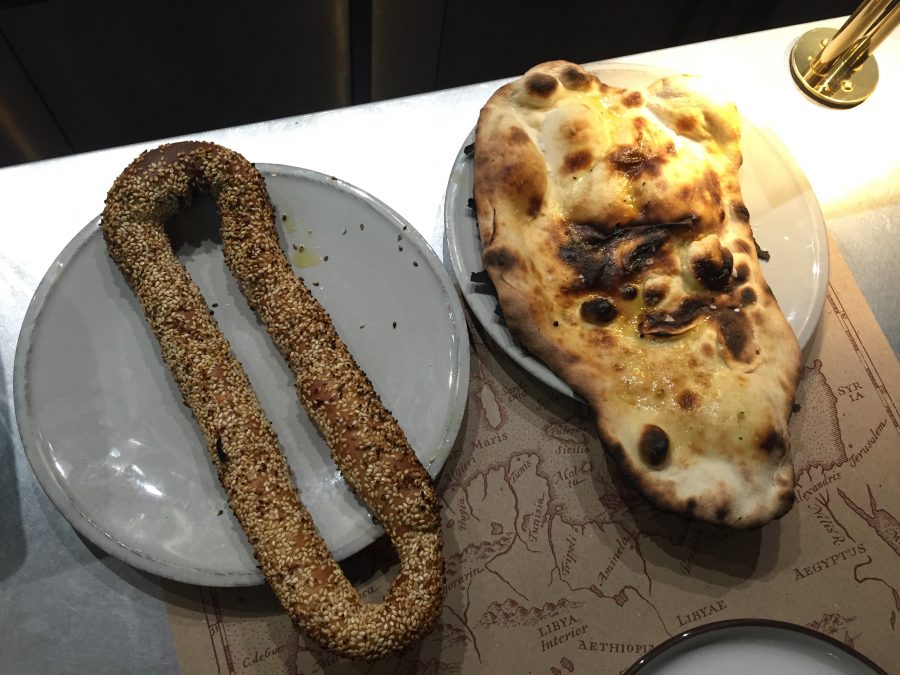 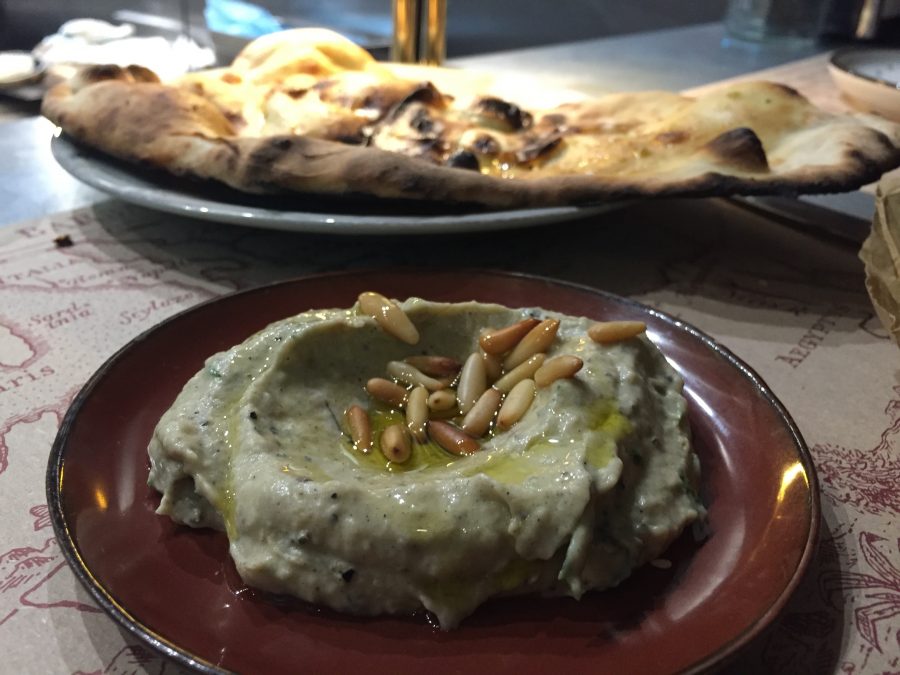 The open grill, which sees some pretty impressive flames, means any meat on the menu is worth ordering. Chunks of juicy chicken (£9), Pata Negra neck (£15), which is Iberico pork, and lamb cutlets (£14); all fabulously simple but perfect. 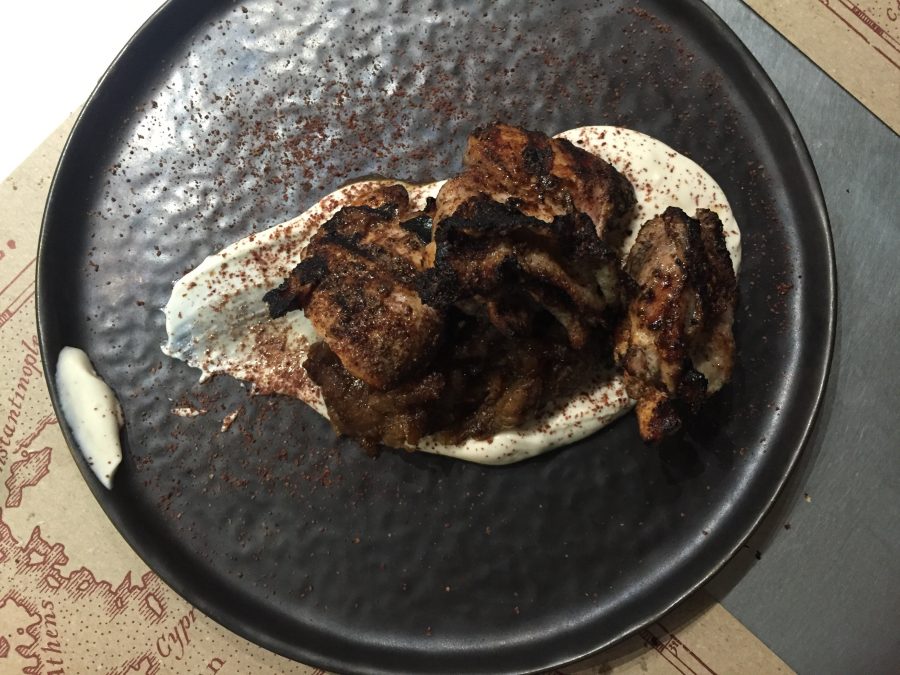 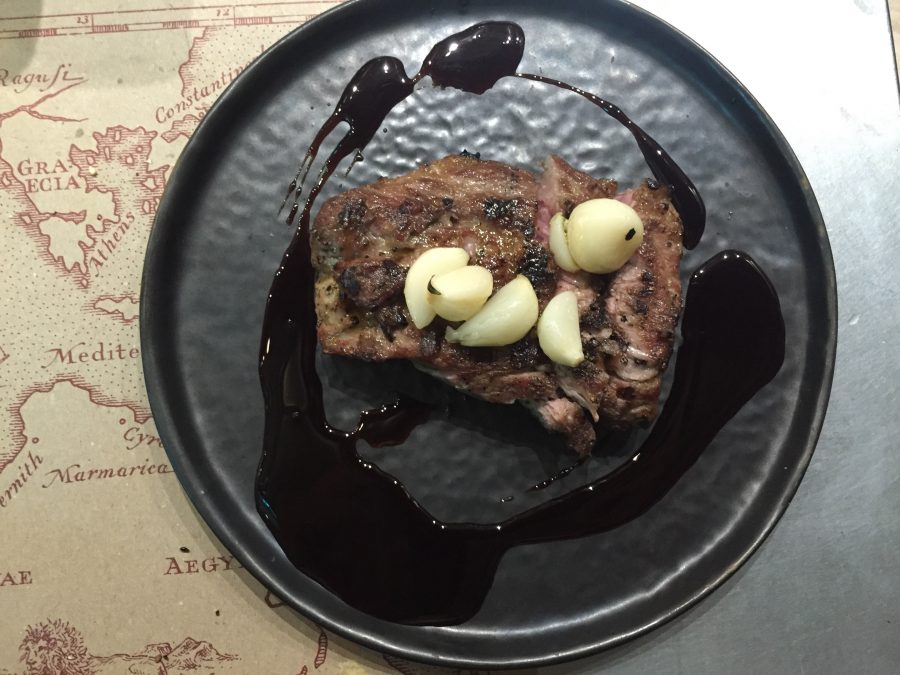 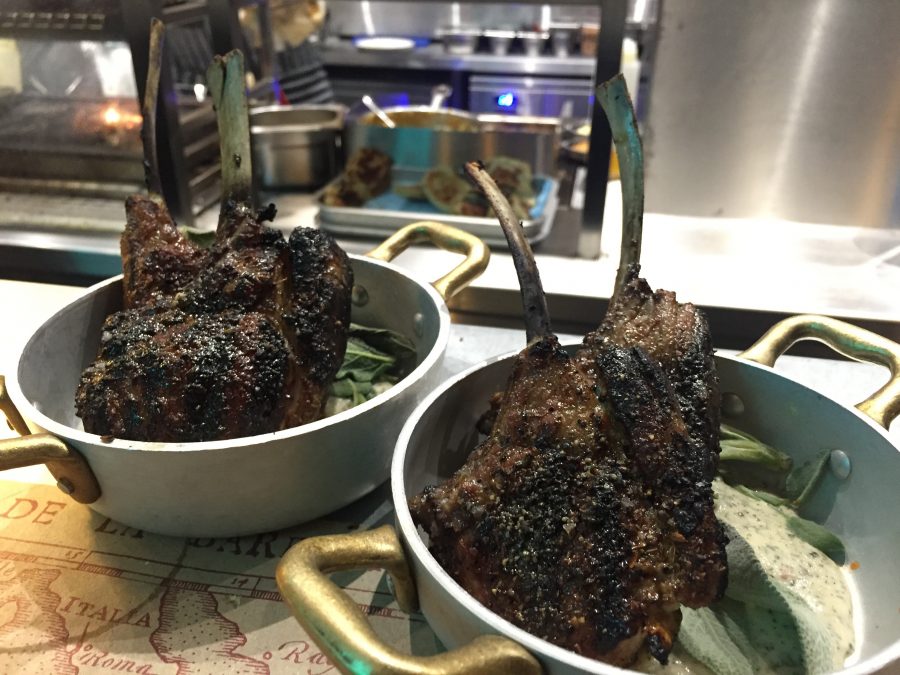 Two things less successful: bourekas hambourgessa (£11) and crispy egg yolk with urfa chillis (£9). The latter was an interesting one; a gooey egg yolk encased in a doughnut-like batter. With the pistachios it was verging on pudding and quite expensive for an egg yolk. The hambourgessa was a mini burger in a pastry case which lacked the bold flavouring of its predecessors. 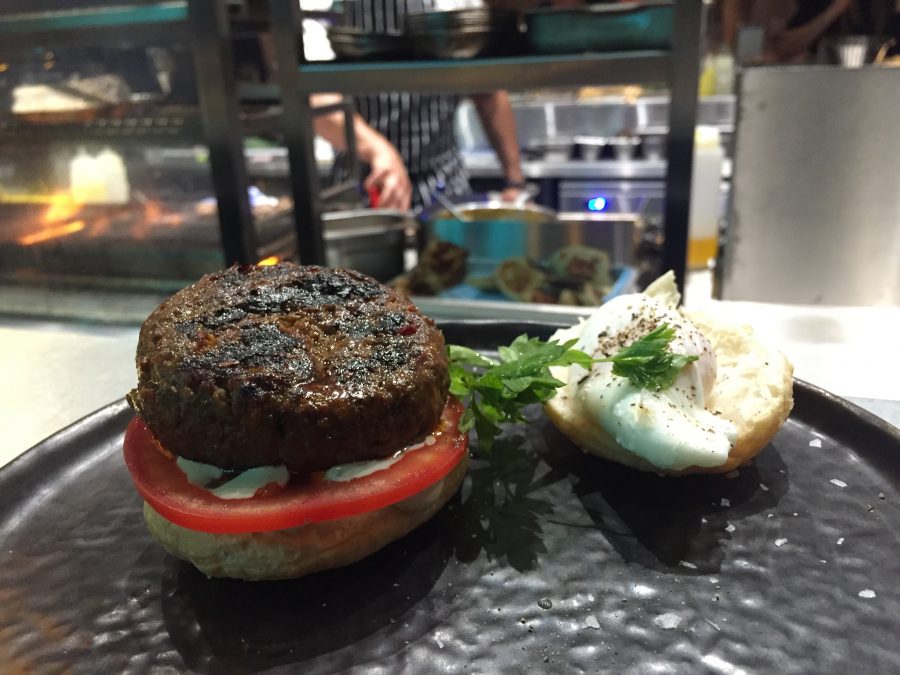 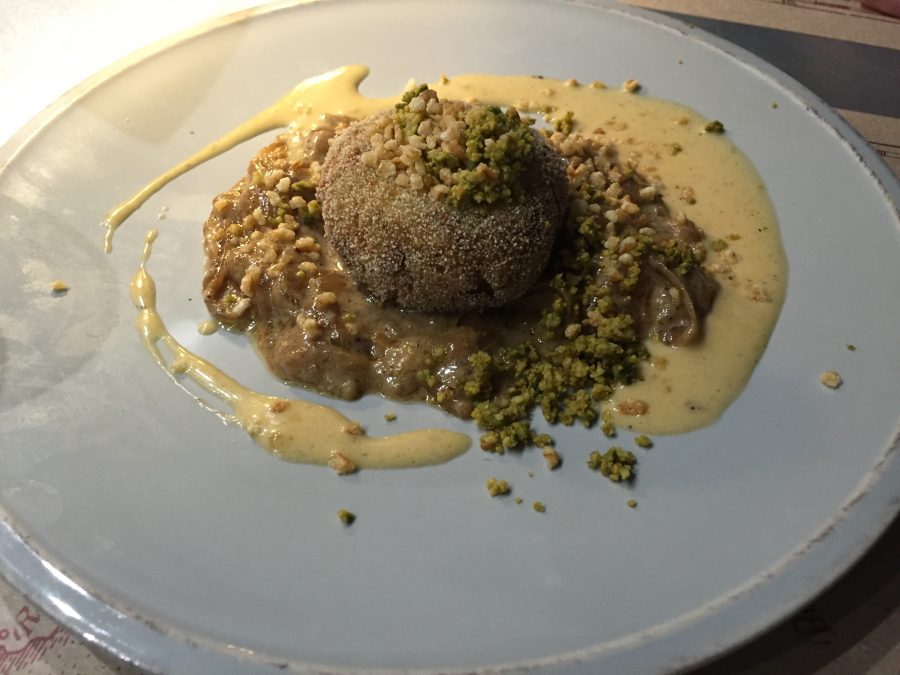 Moorish bone marrow (£9) was any bone marrow lover’s dream as the chunks of fat were massive – perfect for spreading over the brioche. Cauliflower Jaffa style (£6.50) was deep fried but not greasy like I was expecting. 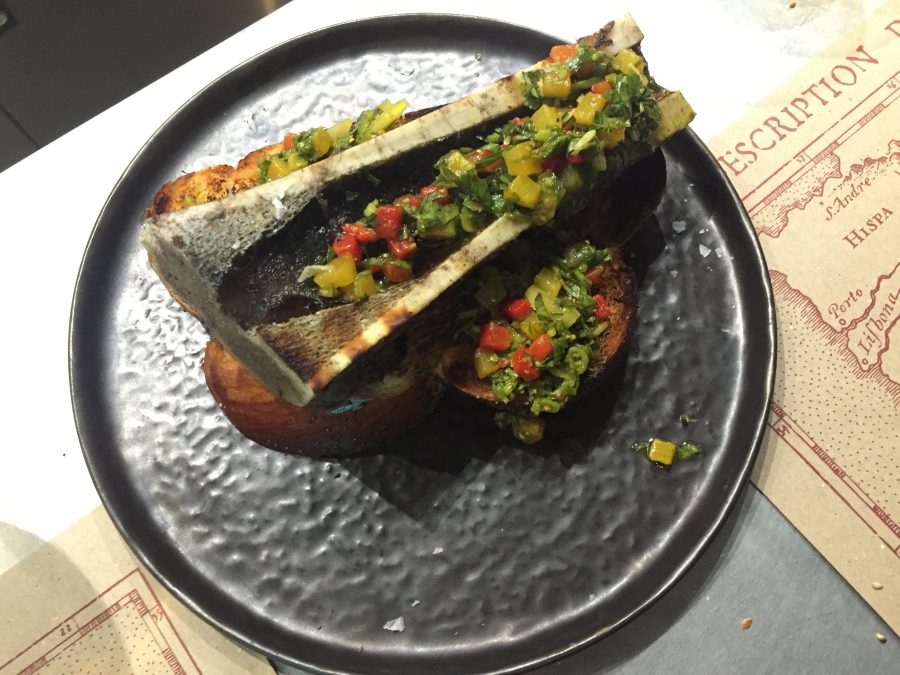 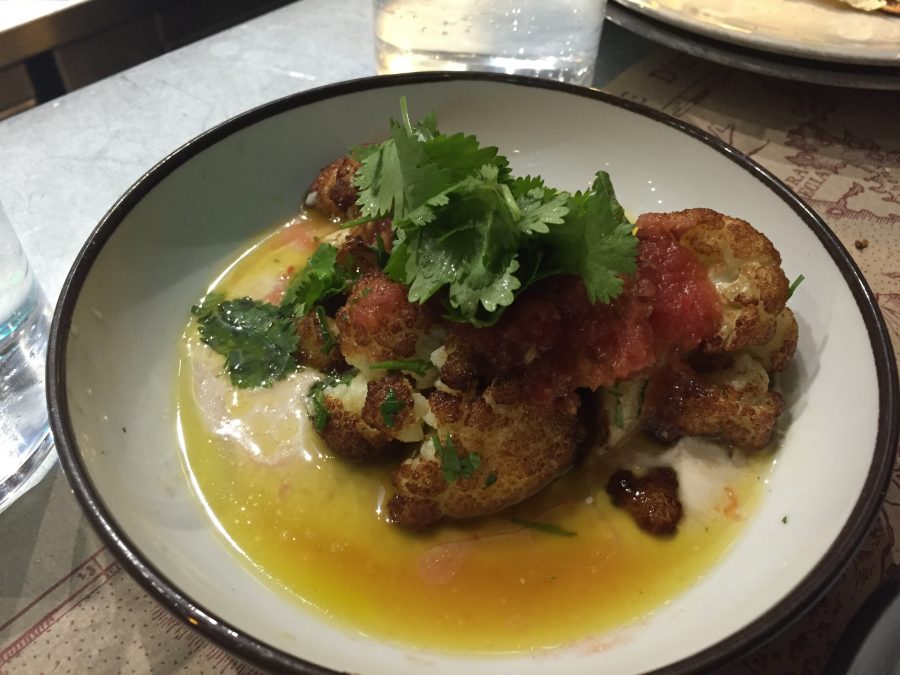 For pud, you must order the knafeh (£6). It’s basically a cheese pastry soaked in syrup and sprinkled with pistachios. Here, it was served with some raspberries which cut through the richness of it all. I’ve had it before at Babaji Pide and Arabica but this was by far the best. 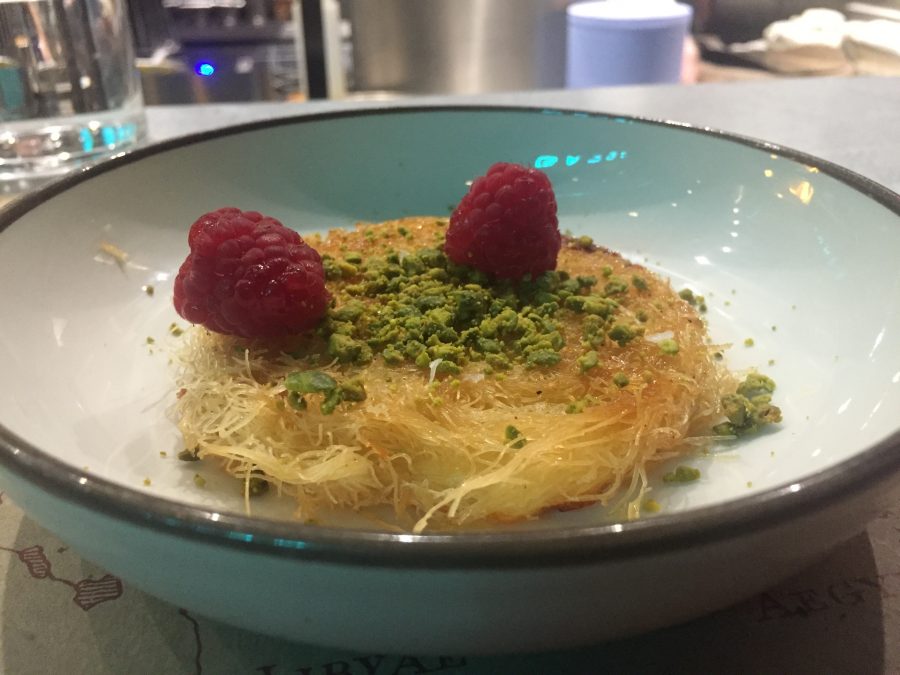 The whole Barbary experience is a real…experience; I haven’t stopped thinking about it since I left. Interestingly, it’s the first UK restaurant to include the service charge/tip into the price of the meal. So everything may be a little more expensive but at the end, there’s no tip to add. I wonder if it’ll catch on…