This is the first restaurant from Joe Walters who you might recognise as the guy who took his beef jerky on Dragons’ Den, dressed in full cowboy get up and singing a song called ‘Put That Jerky in your Mouth’. To cut a long story short, he won investment however it never happened, his jerky still became a mega success and now he’s opened this.

He’s a fun guy – on our visit he was roaming the industrial, run down dining room chatting away to guests. It was noisy, it was hot, it smelled of meat (even a policeman came in for a takeway order) but it was fun. 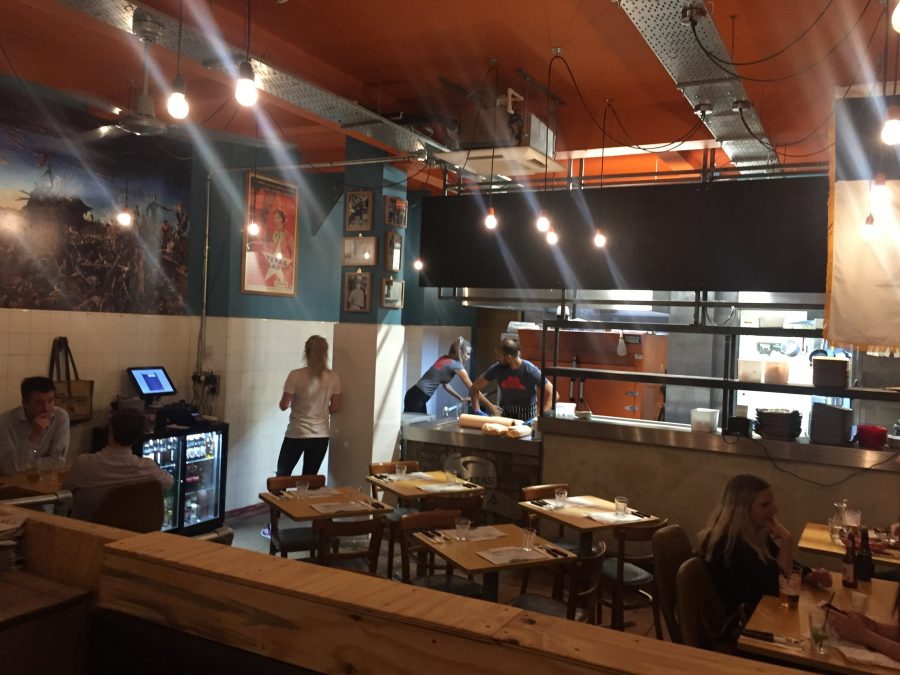 The menu is meat focused and there’s plenty to choose from. Mutton ribs (£12) were spot on; soft tender meat with a layer of crisp fat. Nice to see mutton on a menu too. Pork belly slices (£14) were super fatty which is fine by me. Again, really soft meat. A side of bacon wrapped stuffed jalapenos (£7) were big enough to fill you up on their own. A nice, fiery addition to all that rich meat though. 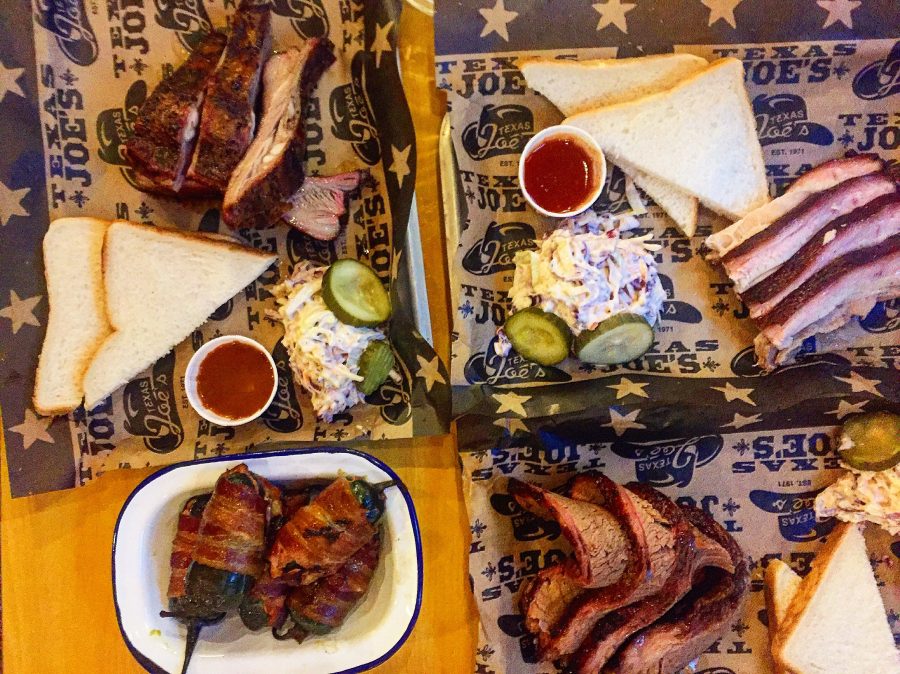 The beef brisket (£15) was the best meat we tried as it was so juicy and didn’t dry out even when we left it to get cold. The fat was so soft – it made you feel good inside.

The two of us over ordered so it was probably a good thing they forgot our wings and corn bread as all the meat comes with slaw, pickles and slices of white bread. You might turn your nose up but making a little meat sandwich stuffed with pickles made for a great combo of flavours.

For pud, one option of pecan pie certainly hit my sweet spot. It’s bought in (made by Oh Gee, Pie!) but I really don’t care when it tastes that good. Gooey, sticky and nuts galore – just how it should be. 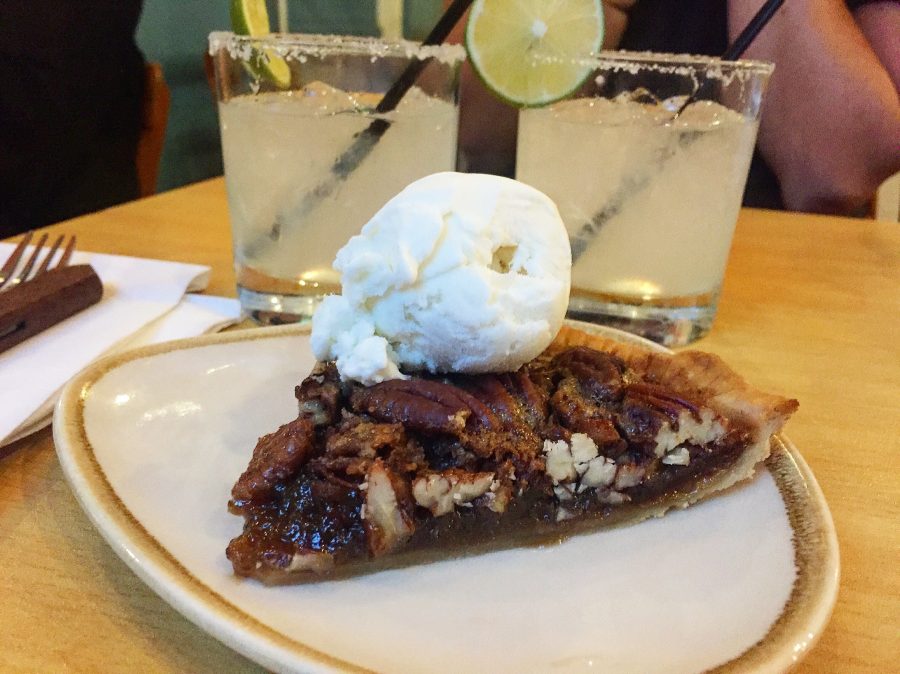 Texas Joe’s is a fun place to have dinner and it’s a great addition to the area being just round the corner from Bermondsey Street and a short walk from London Bridge. I can see it doing mighty fine.

Texas-Joes.com
We dined as guests of the restaurant.