Mark Jarvis, chef and owner of Anglo, has a pretty impressive CV having worked at Le Manoir, Texture and Zuma to name but a few. This, his first restaurant, is just off Leather Lane and it’s a corker of a place. 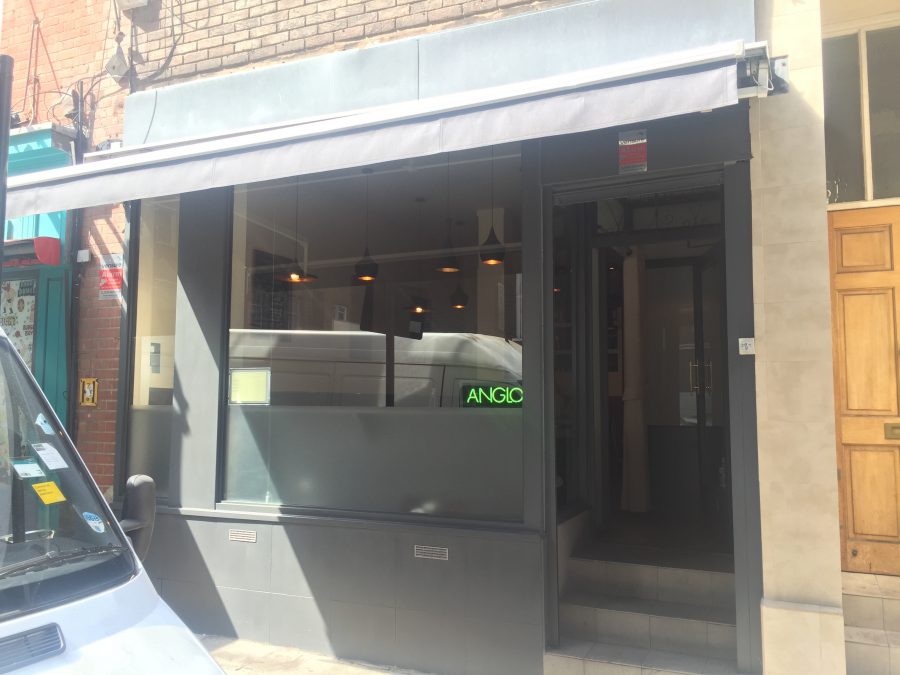 Inside it’s basic and minimal; white walls and concrete floor make for an echoey space. Even though during our lunchtime visit the place was fairly quiet; it didn’t lack atmosphere. 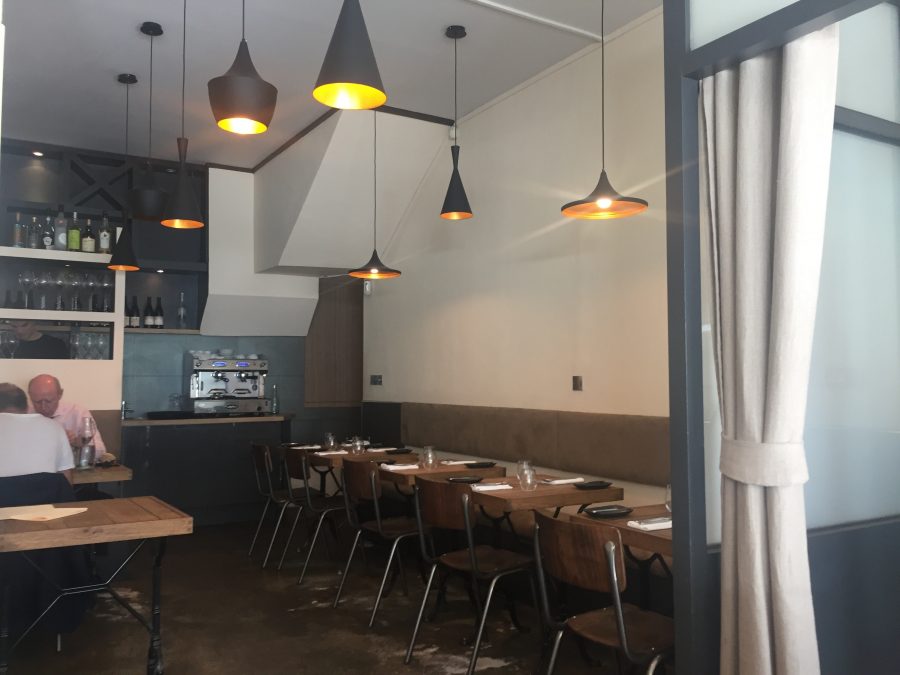 At dinner it’s tasting menu only but lunch is a la carte and as it all sounded good, we ordered the lot. Isle of White tomatoes (£8.50) featured pretty strong and fishy seaweed but when eaten with the soft, sweet tomatoes it was a marvellous thing. And my God did it look pretty. 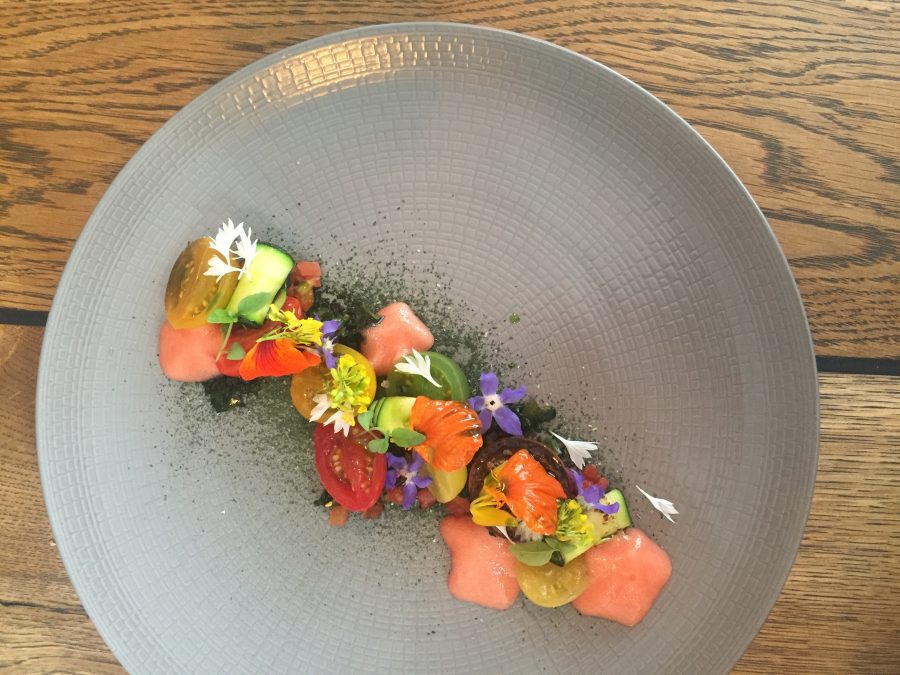 The smoked pork neck (£9) had flavour galore and the addition of broad beans added texture. Brill with carrot and sea beet (£9) was another looker. The fish was soft and was almost milky it was so fresh. 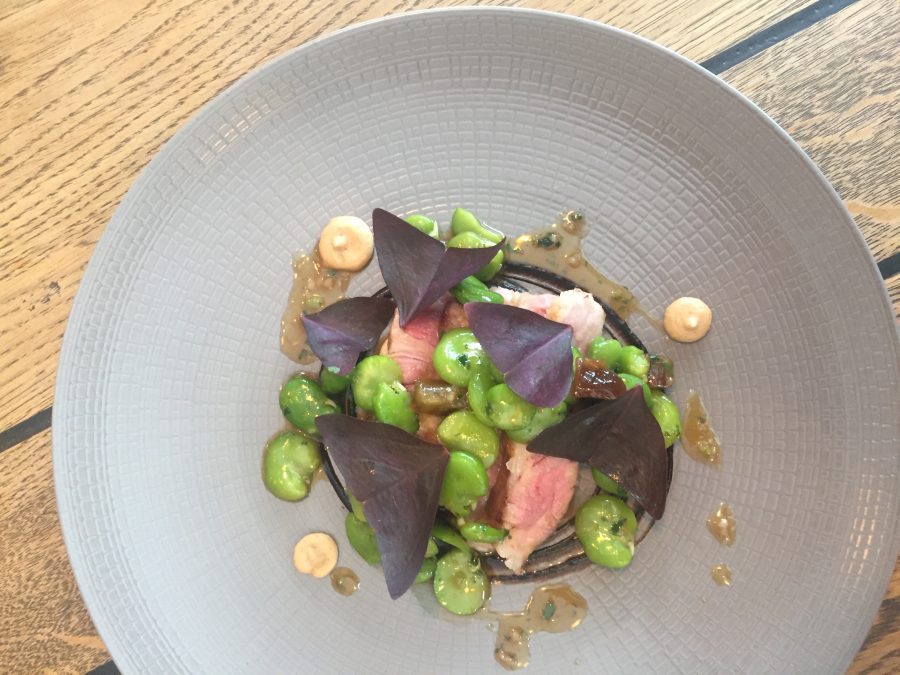 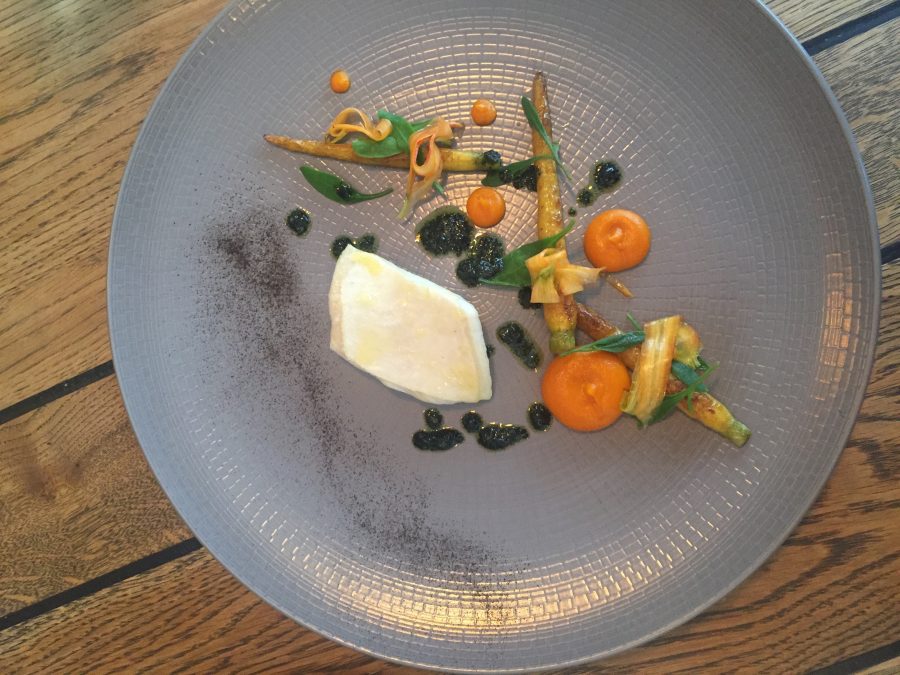 Girole mushrooms with barley (£17) was the creamiest, mushroomiest risotto I’ve ever had the pleasure of eating. The addition of never ending amounts of Summer truffle was a most welcome one. I’d go veggie for that dish. Cod with cucumber and oyster (£19) was, you guessed it, a stunner. So often these days you’re presented with a dish so achingly gorgeous and when it tastes like crap you feel gutted, but not here, the flavour matched the beauty. 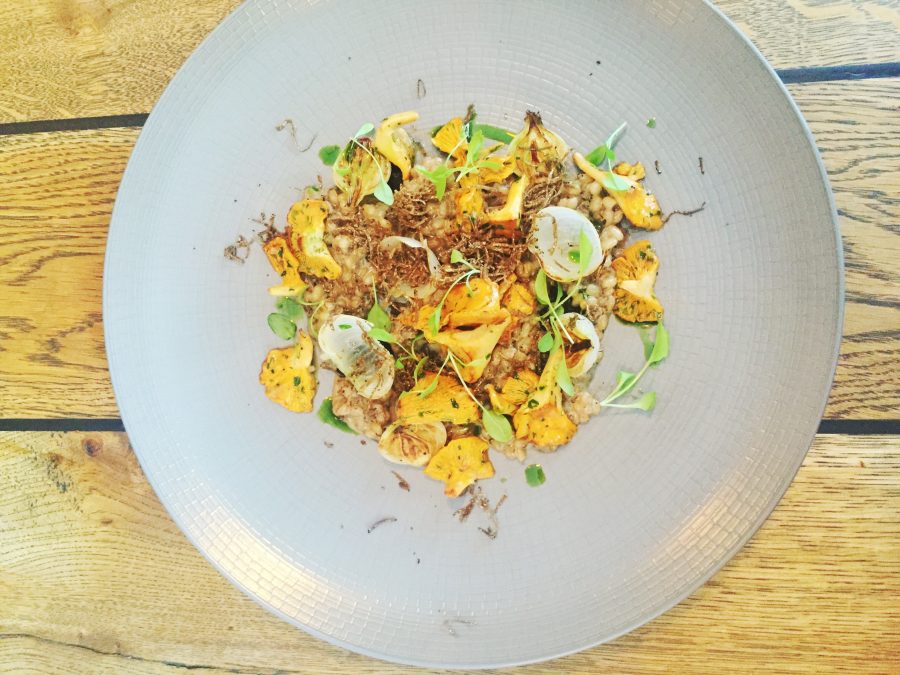 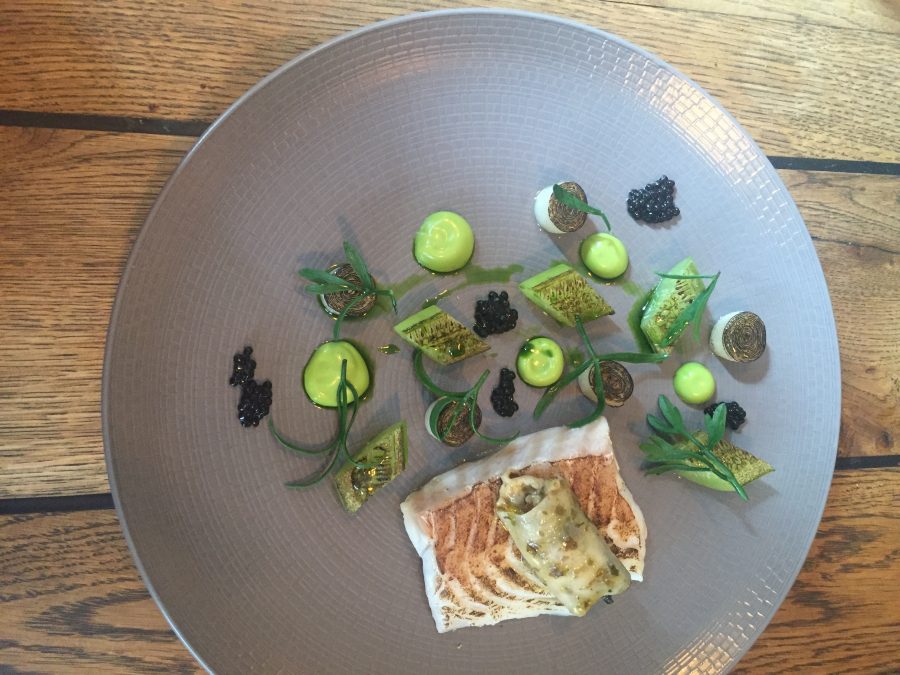 Creedy Carver duck leg with charred leek (£20) had a skin both gelatinous and crisp which was most delightful. They kindly added the accompanying label rouge foie gras (£10 extra) which took the richness levels to the max – in a good way. 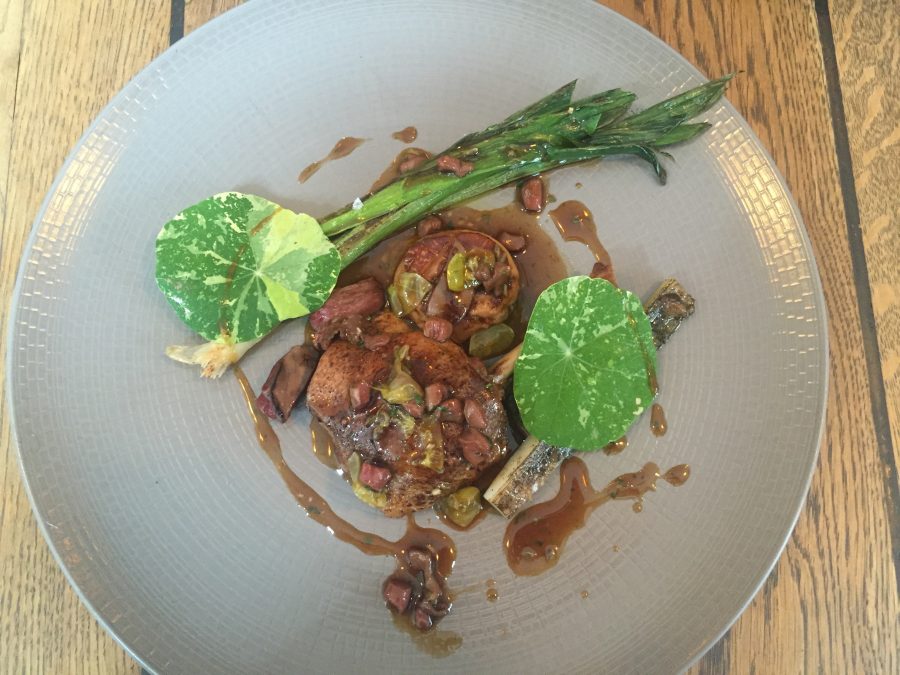 As a little extra, we were treated to the cheese and onion on malt loaf (£8.50) – the cheese had been grilled giving it a wobbly exterior which you really need to try. 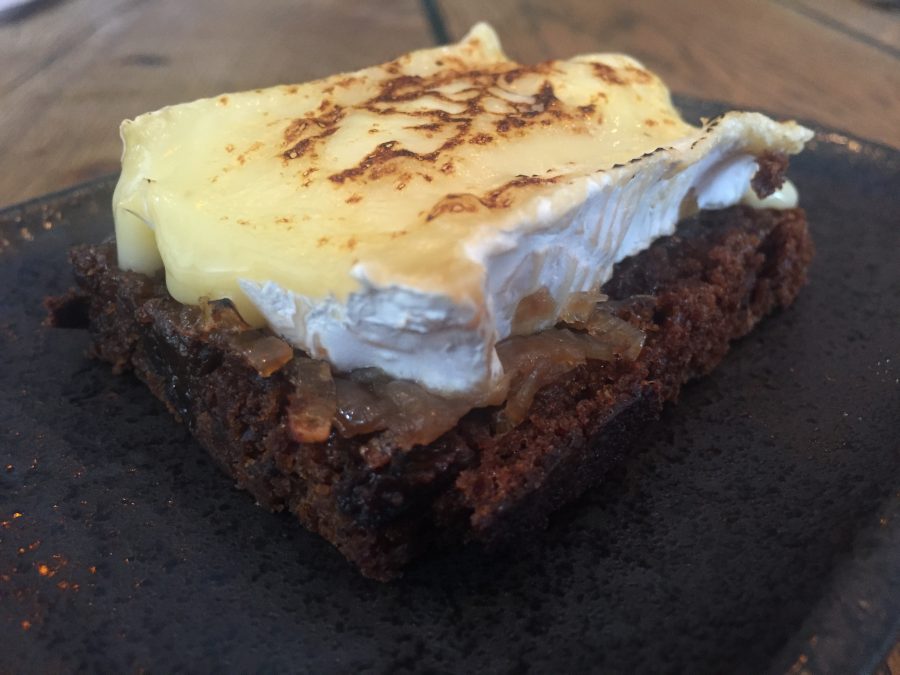 For pud Summer berries with whipped burrata and hay (£8) was simple and refreshing – perfect if you’re sharing, along with the chocolate mousse concoction (£8) which might be a bit overbearing on its own. Half of each and you’ve got yourself the perfect puddings. 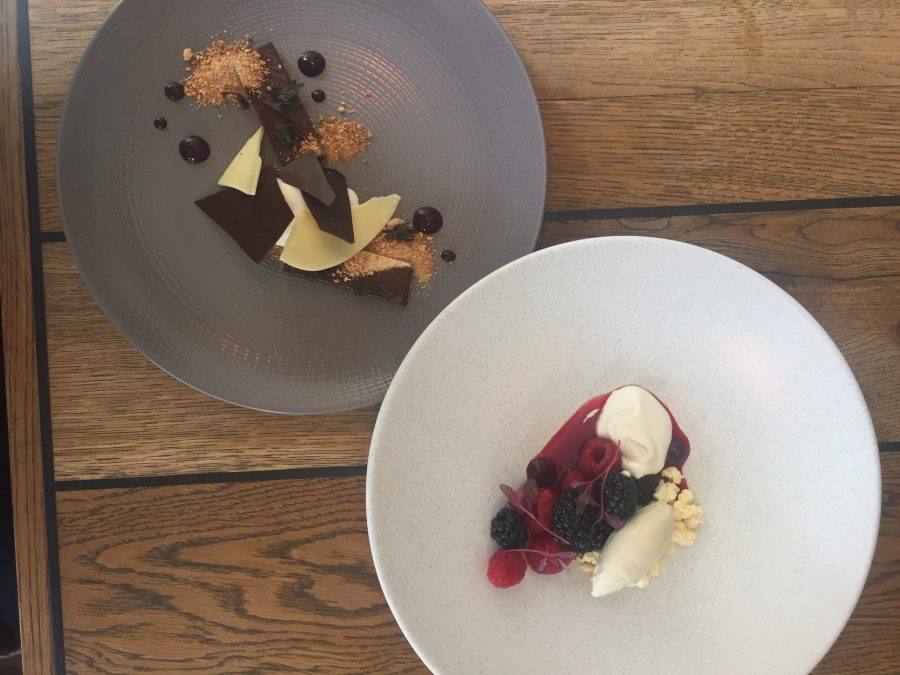 As you might have guessed I really enjoyed Anglo. There was something quite exciting about finding a restaurant so well formed at such an early stage – the operation is smooth and slick and feels like it’s been there a couple of years. A Michelin star in their first year? I don’t doubt it.