Snaresbrook. Yes, I’ve never heard of it either. But it’s near Walthamstow and Bombetta has opened just opposite the station. It’s a restaurant named after and specialising in the Puglian street food consisting of rolled bundles of meat stuffed with oozing cheese and they’re a little bit ruddy lovely. 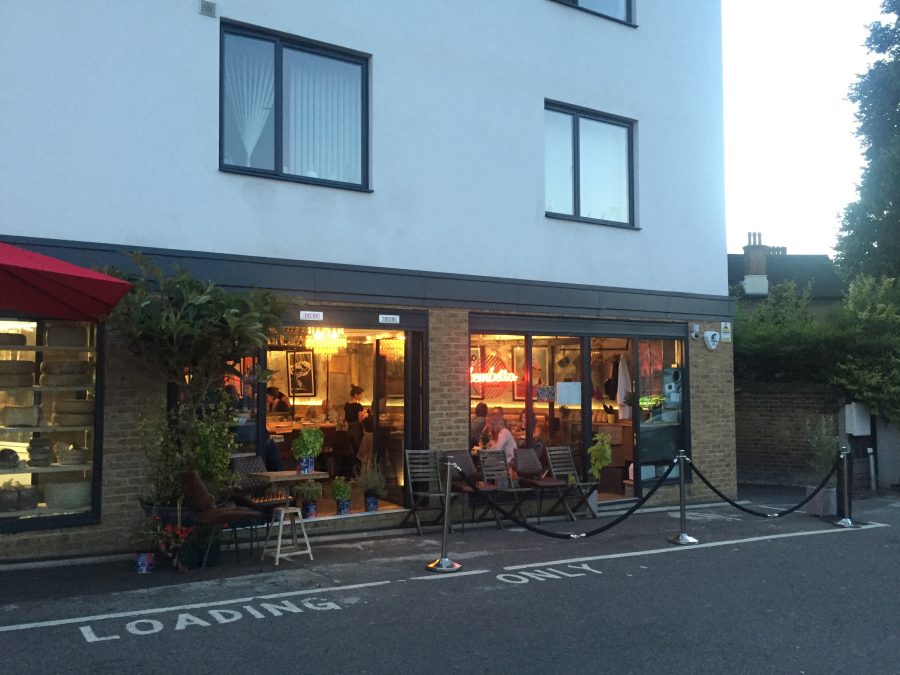 The dining room was fairly small with tables down one side and a bar with open kitchen down another which regularly saw huge flames add a touch of drama. We sat next to two local glamour pusses who spent the whole night talking to us which was all rather charming – there was a friendly, local vibe. 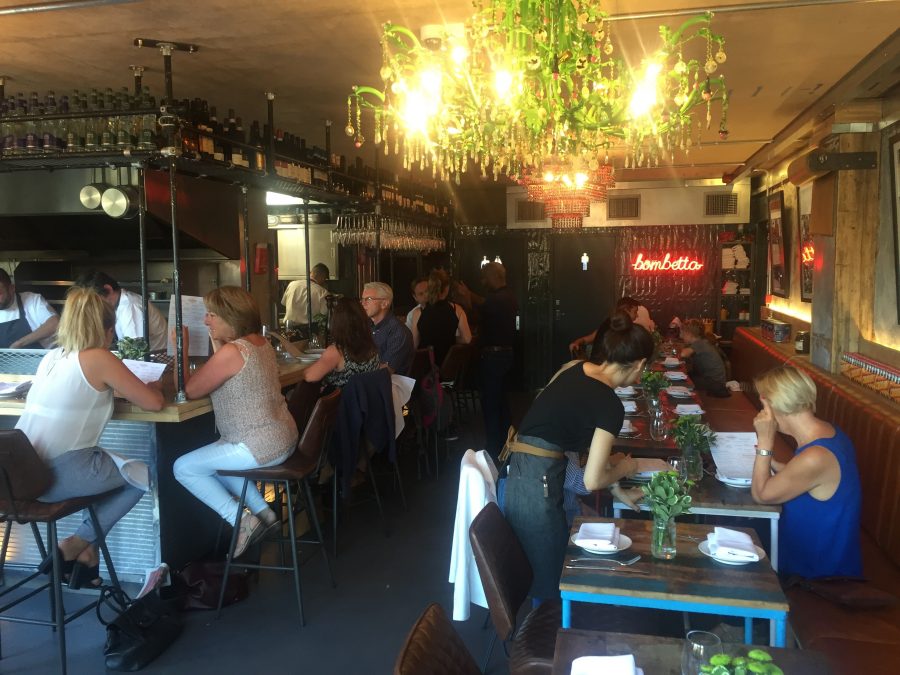 We started with some small plates which were a real taste of summer. Burratina with heritage and Sicilian tomatoes (£7) was always going to make me happy; a simple plate of quality ingredients. Grilled watermelon (£4) worked really well but could have done with a bit of sharp cheese – only because I had it recently at Casita Andina in Soho and it was magical. 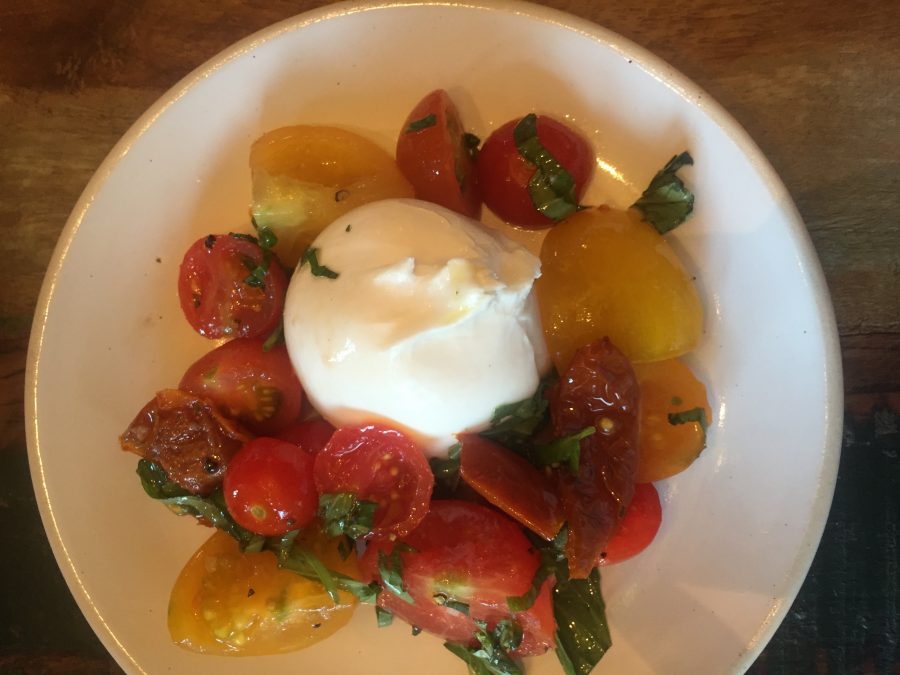 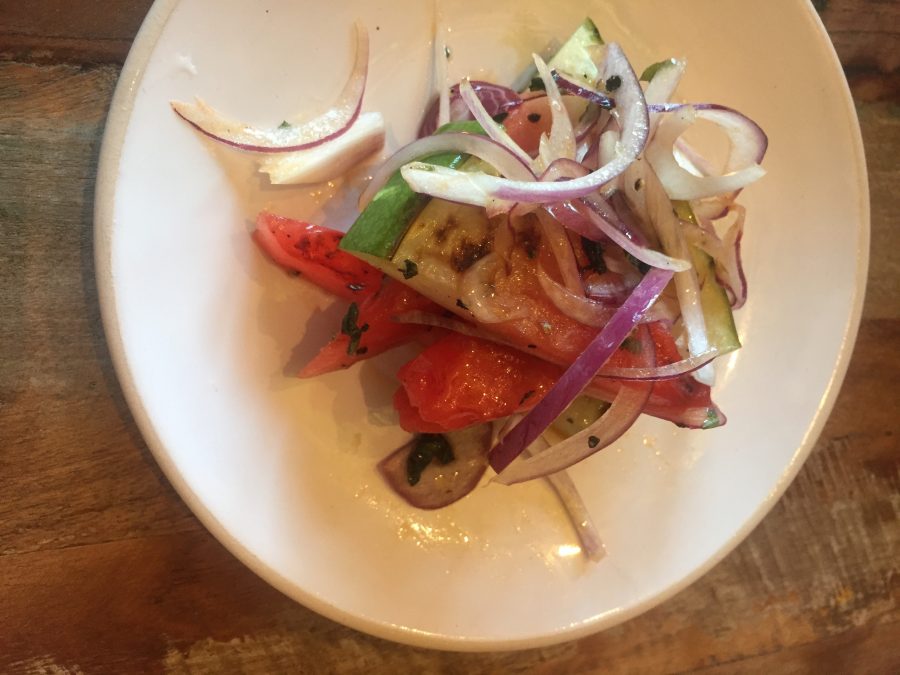 Next was the bombetta and some other grilled bits all served on a platter with bread and salad. It felt like an exotic Blacklock – and we all know what I think about Blacklock. We went for the pork wrapped in San Daniele stuffed with truffled pecorino and porcini (£15) which were exceptionally good. If you like meat and cheese then this is likely to be your new favourite snack. 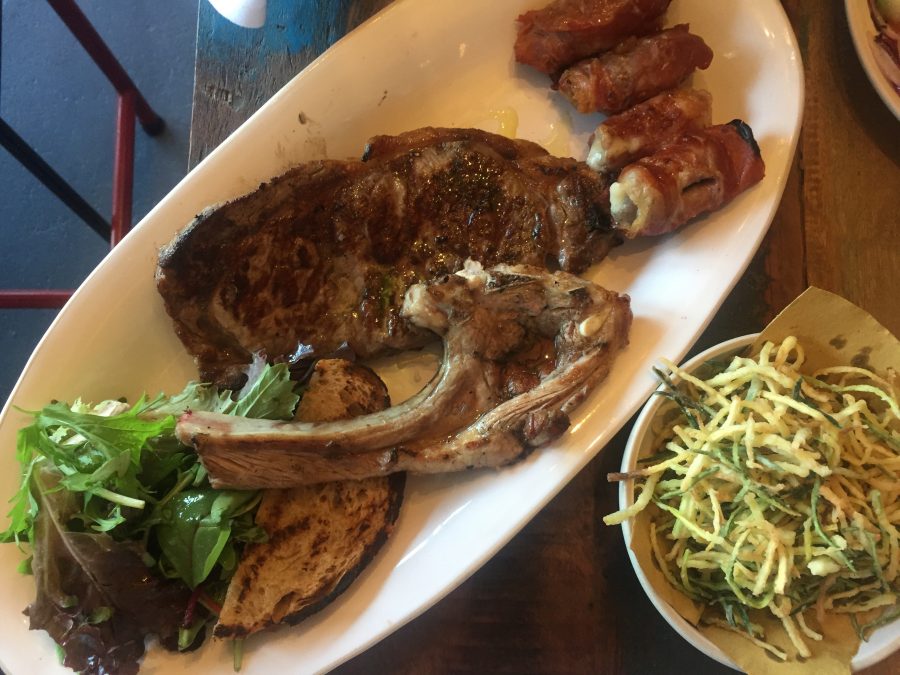 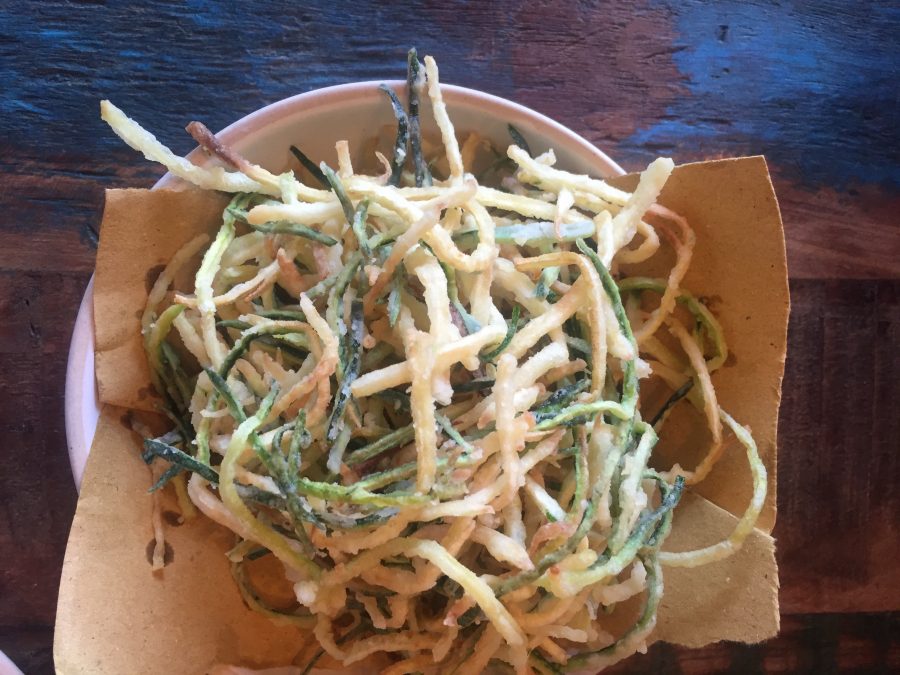 We also went for a sirloin steak (£18) and a giant lamb chop (£5) – both of which were tender and juicy. I felt quite comfortable picking it all up with my fingers which is right up my street. Oh, and if you don’t order a side of courgette fries (£4) then you’re no friend of mine. 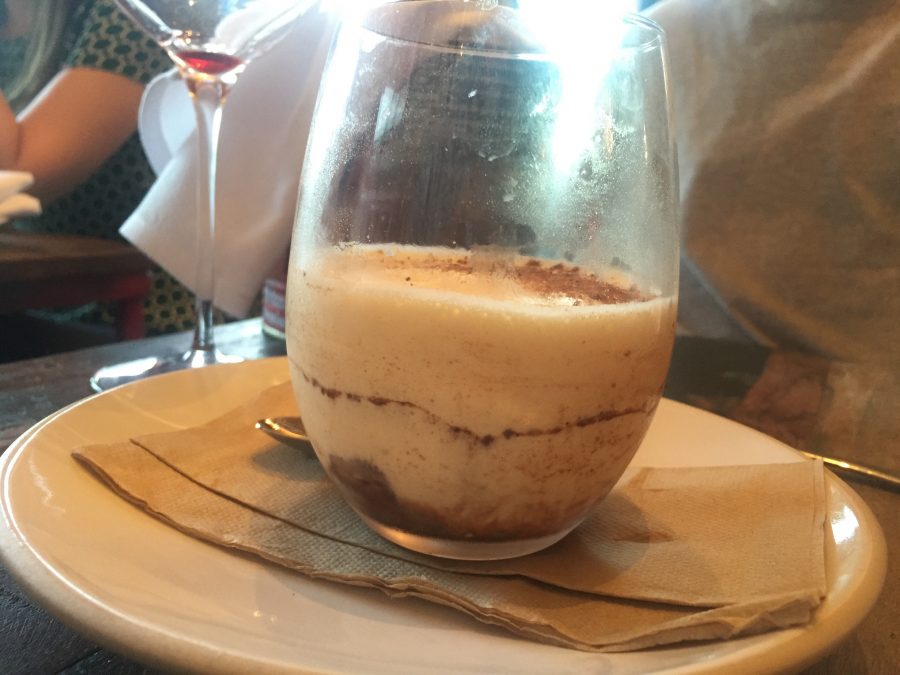 For pud, the best tiramisu I’m yet to find ensured my sweet tooth was satisfied yet it was light as anything. I sincerely hope there’s an Italian Grandmother in that kitchen.

With a gazzilion openings happening in central London every day, it makes sense that we’re starting to see more restaurants grab the E11 postcodes. Hell, The Woodford has opened just down the road and that’s supposed to be amazing too. You lucky people.

Bombettalondon.com
We dined as guests of the restaurant.