It’s been a busy time for Adam Handling since he first appeared on our screens in MasterChef The Professionals. He opened Adam Handling at The Caxton then left to open his first standalone restaurant The Frog. He also featured in last week’s Great British Menu on BBC2 AND was forced to publicly apologise for suggesting one negative TripAdvisor reviewer should ‘stick to McDonalds‘. So it’s been a colourful start to his career. 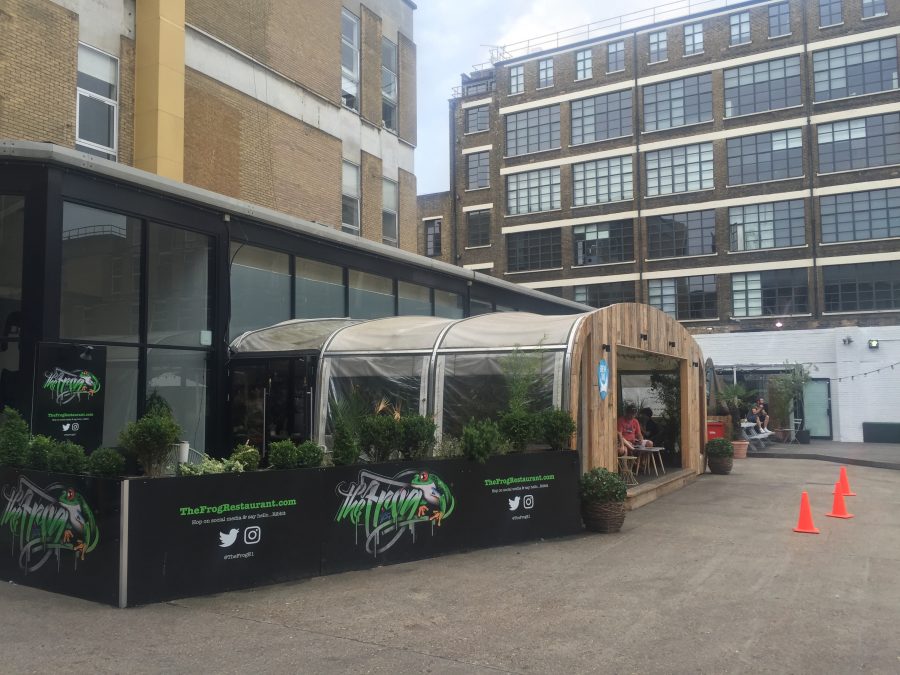 There’s no denying his food is top notch though. Snacks like ‘pork and lovage’ (£5), which were rectangular nuggets of soft, fatty pig head dotted with lovage mayo, and cheese donuts shrouded with Summer truffle (£5), prove it. Hell, even the house baked bread (£4) comes with chicken butter. I just wish they’d get rid of the thumping Ibiza pill-head music. 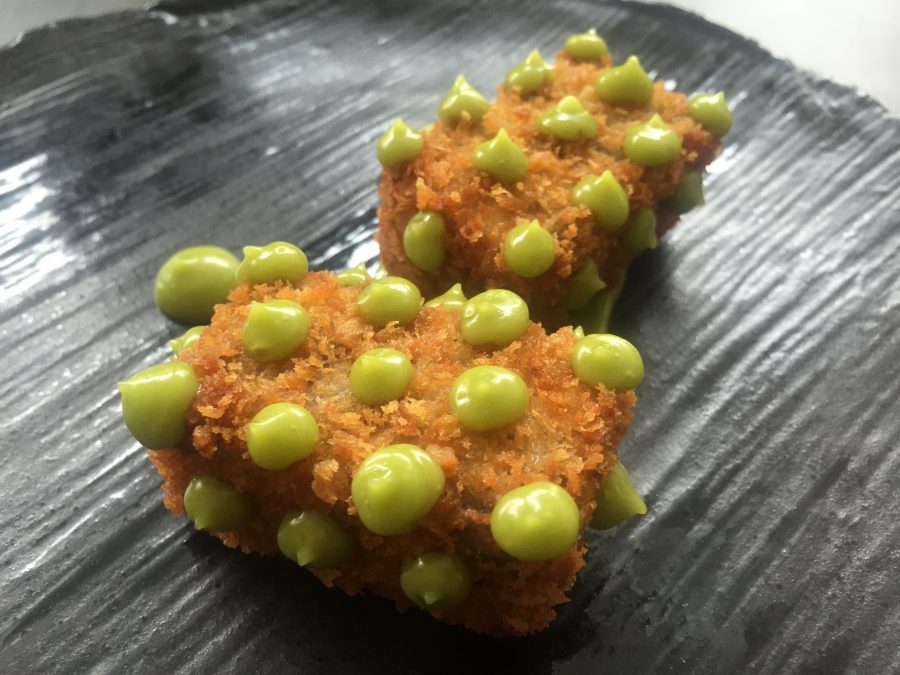 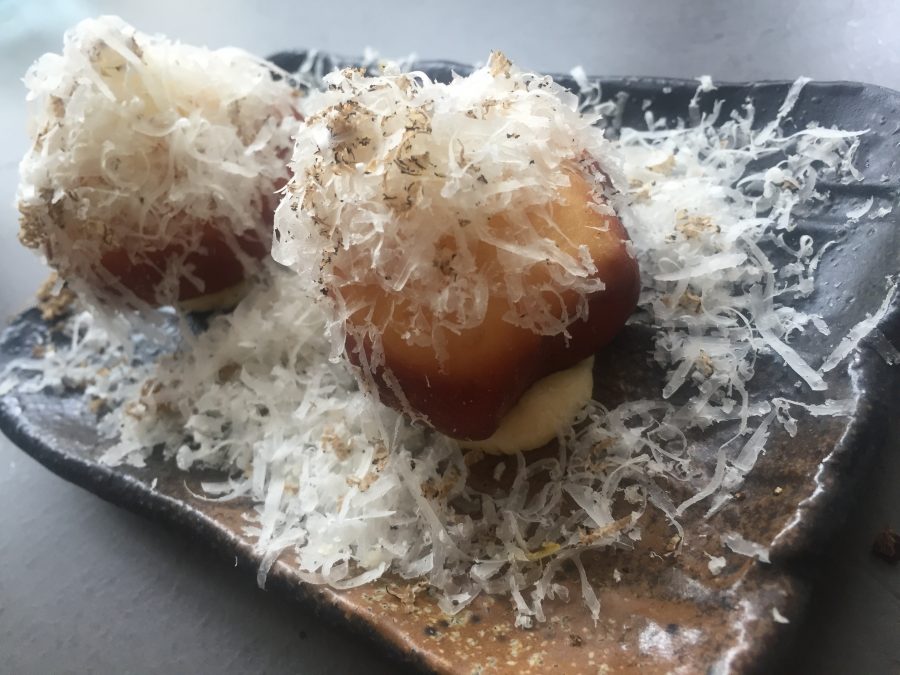 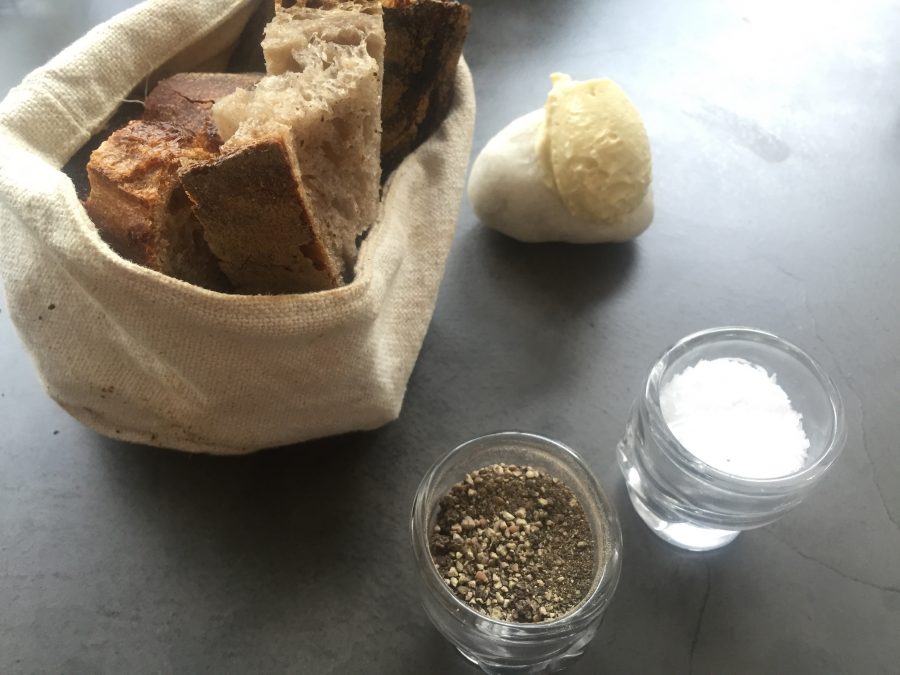 Mac and Cheese ‘The Frog Way’ (£16) was marvellous. Each piece of macaroni was standing upright below a deluge of cheesy foam; bold in flavour but timid in texture. 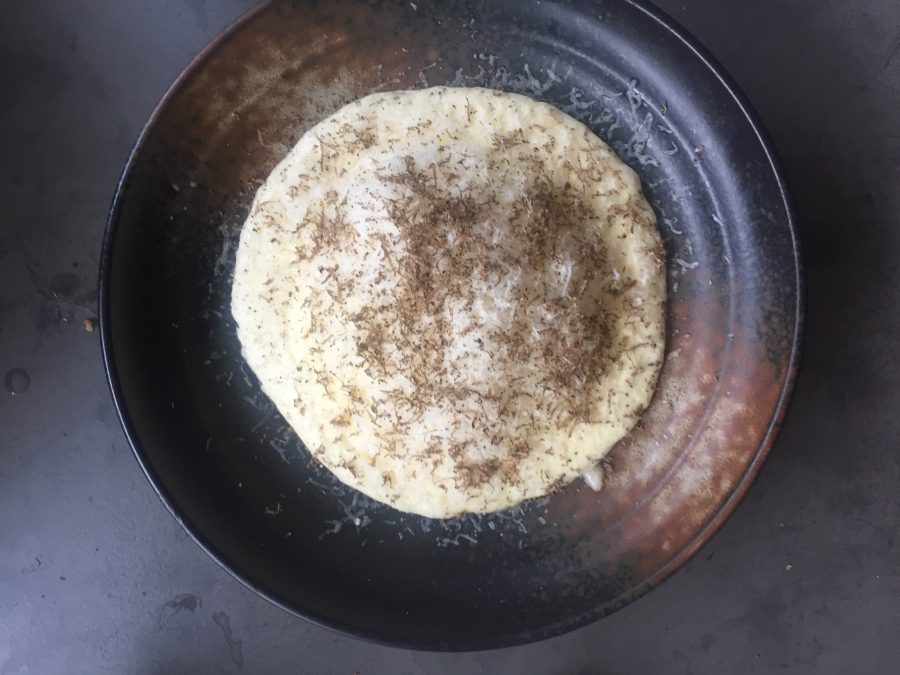 A less successful ‘beetroot, beetroot and more beetroot’ (£4) was a bit sharp and sticky for me. I wasn’t overly keen on the BBQ veal tartare (£9) either – there was so many additional flavours going on it drowned out any detection of meat. 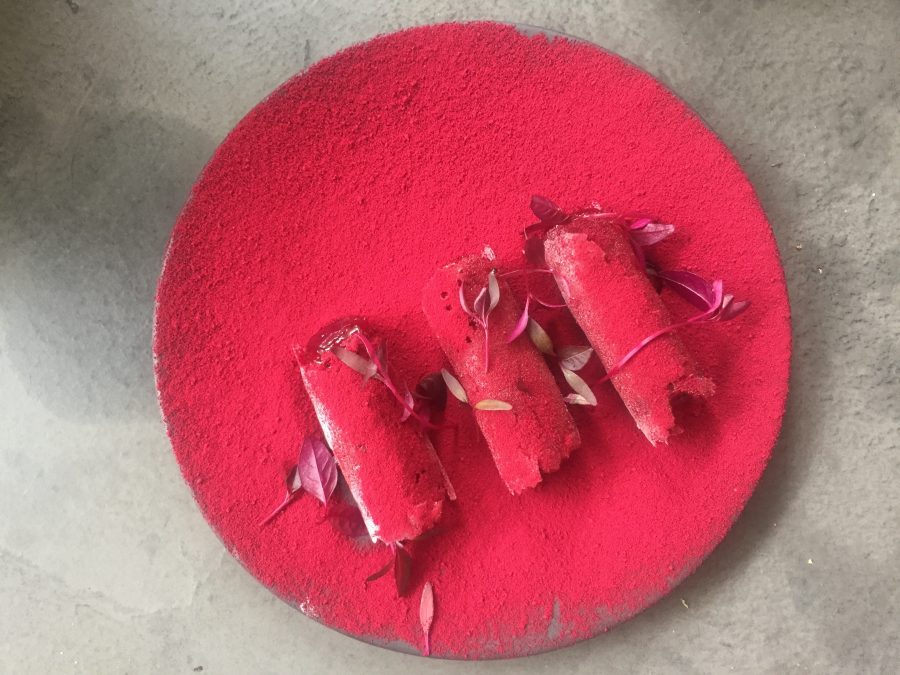 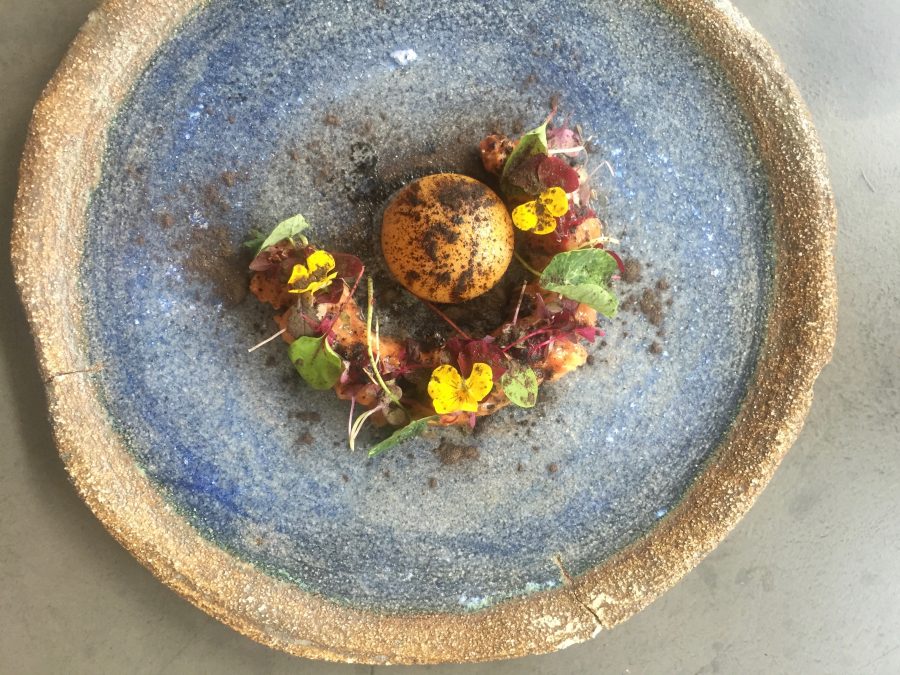 Lamb rump with black garlic and sour cream (£16) came with little chunks of crunchy potato skins – and I love me some potato skins. The meat was tender with crisp strips of fat. The whole thing looked pretty as a picture – definitely one of the more inventive dishes I’ve seen of late. 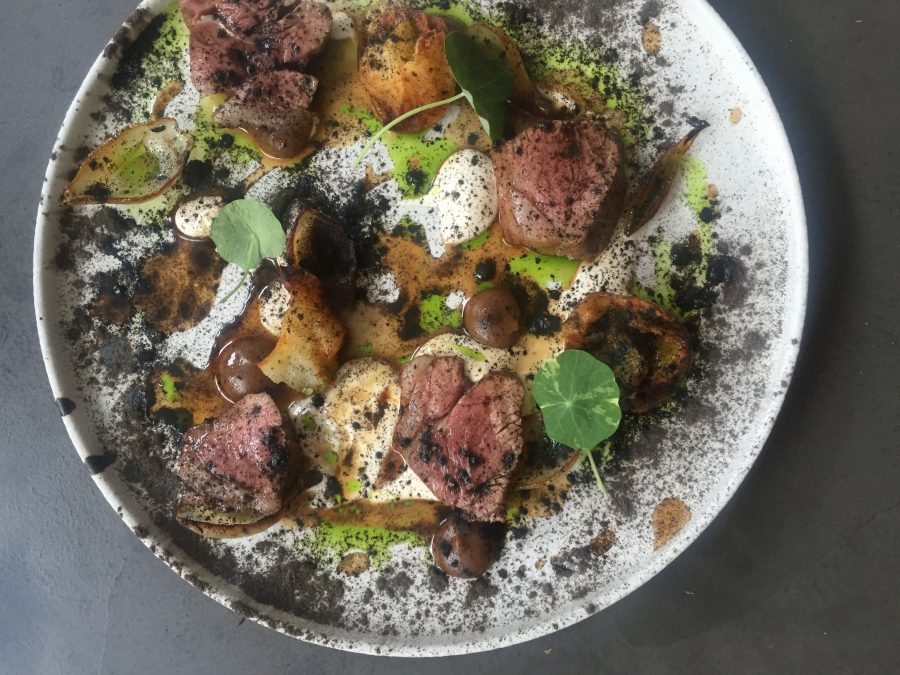 For dessert, we avoided the option to ‘Buy The Chefs a Beer’ (£5) and went for the burnt honey, malted ice cream and lemon (£7) which was a lovely and light way to finish although the presentation could do with being brought up to the standard of the other dishes. 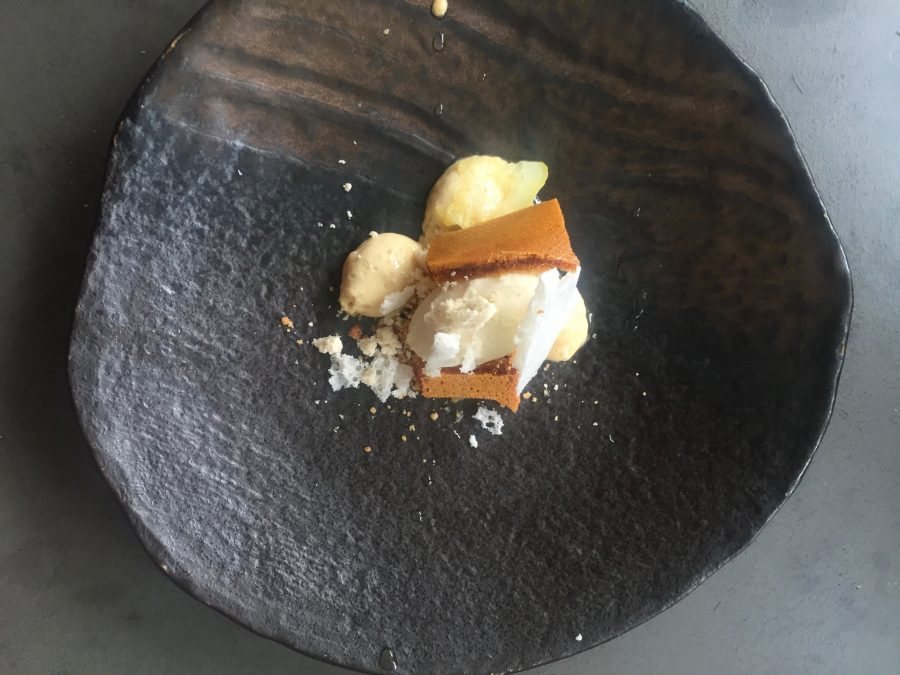 The food, on the whole, was pretty special at The Frog. We just felt the service let the whole thing down; there was a lack of charm and warmth which would have matched the food rather well. With cooking that inventive I don’t doubt this is one restaurant worth watching once a few creases are ironed out.