I fell in love with Chick ‘n’ Sours after visiting their original shop on the Kingsland Road; their fried chicken was among some of the best I’ve tasted and the owners, Carl and David, are bloody nice blokes.

Opening a second restaurant, this time in central London, just by Seven Dials, seemed a logical move for the boys. They’ve perfected their craft and now they’re ready to feed it to the masses. 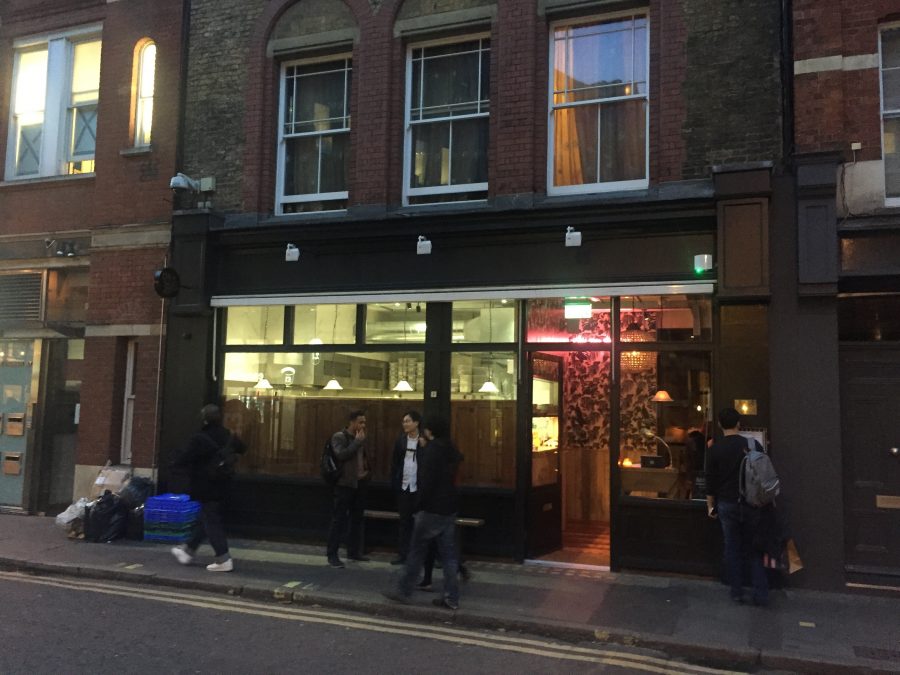 The basement dining room is pretty cool; we were seated at a tightly packed table for two opposite a wall covered in old fashioned metal printing stamps, which makes for an interesting touch. 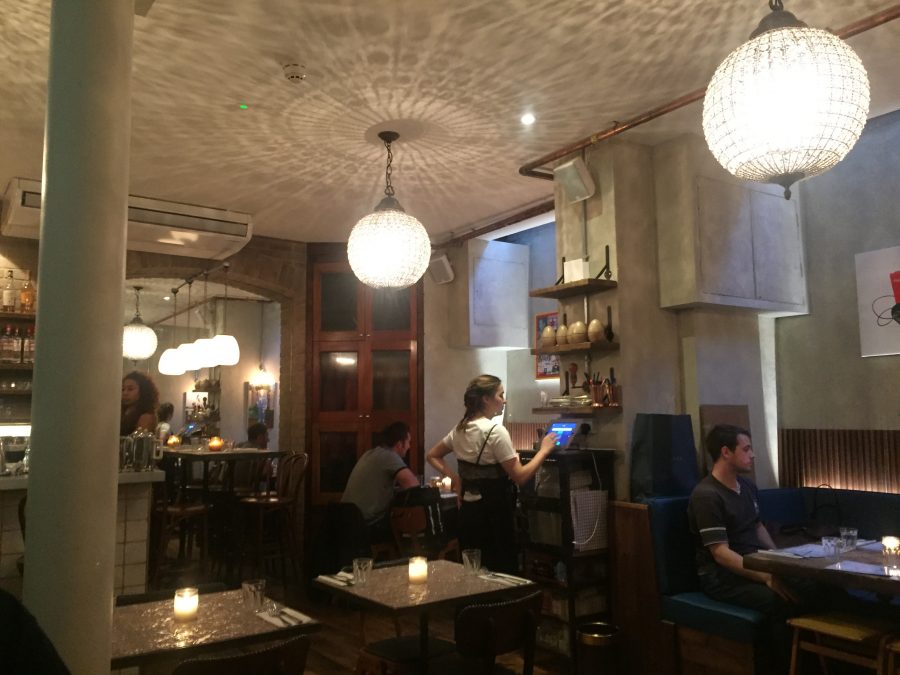 We started with Mexi-Nese nachos (£5) which were topped with a chicken and bacon concoction with an identical texture and flavour to that of beef mince. Most unusual but most moreish at the same time. 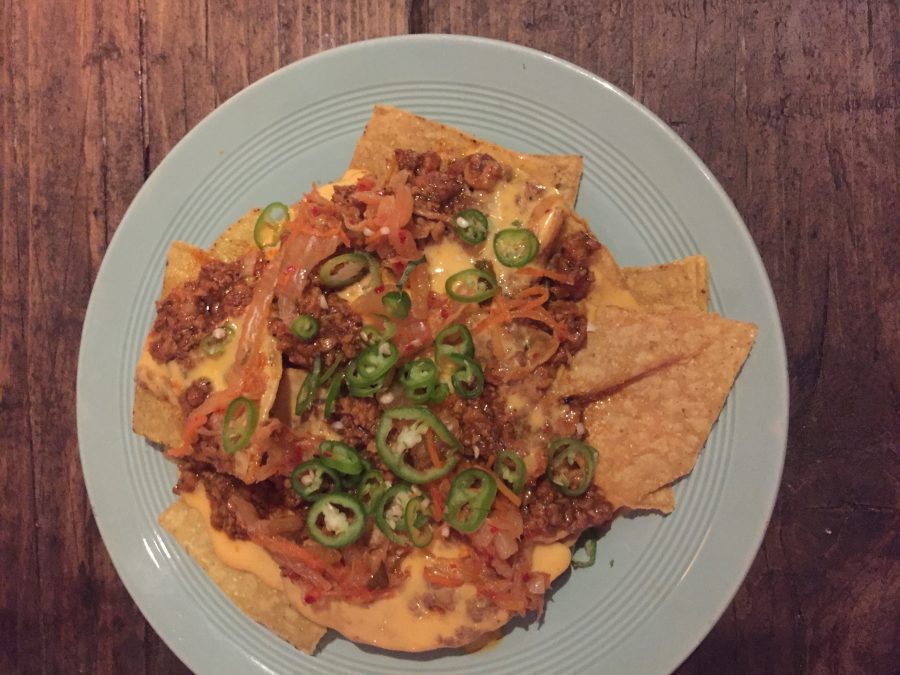 Wings are not to be missed here so we went for 6 smothered in ‘sticky’ sauce (£6). The brown sauce hugged the giant wings (you’ll be grateful for the Huggies wet wipes) meaning every mouthful was a flavour bomb. 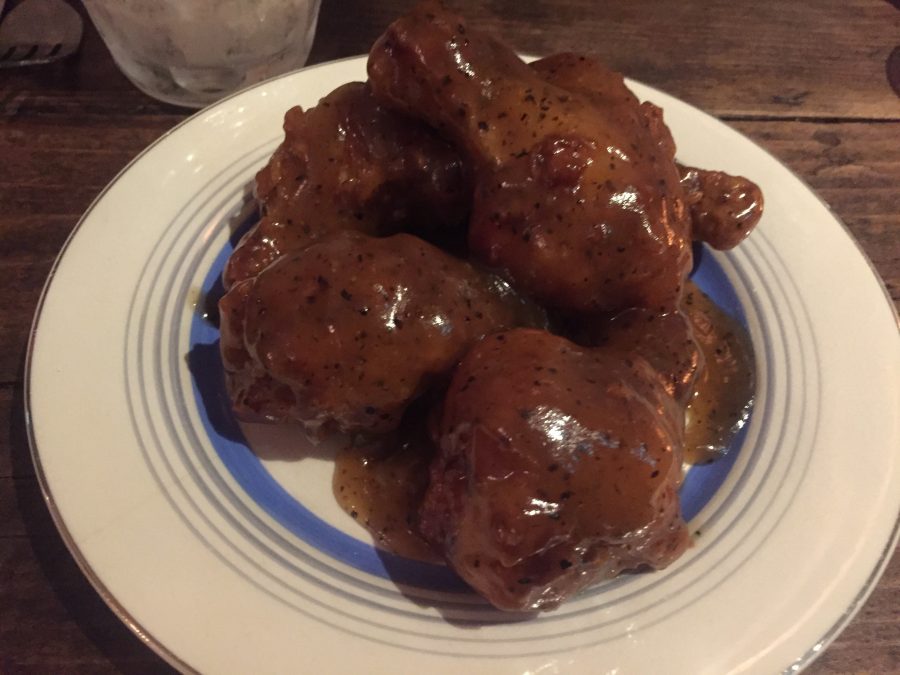 The Colonel (£10), a huge fried chicken thigh burger topped with cheese, lettuce and sour cream, is a new addition to the CnS menu. The chicken is fried using a pressure frier, meaning the bird is cooked from the inside out, making sure it’s never pappy or stringy. 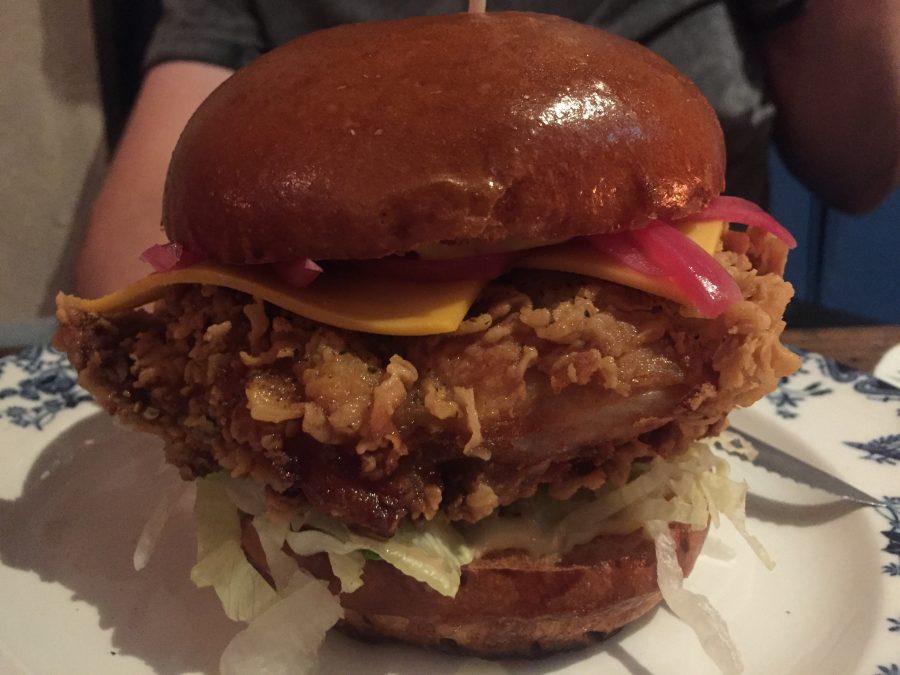 Our favourite choice was the chicken tenders covered in xian xian spice (£9). It’s with the straightforward pieces of fried chicken that you can really tell the quality of both the chick and its cooking. 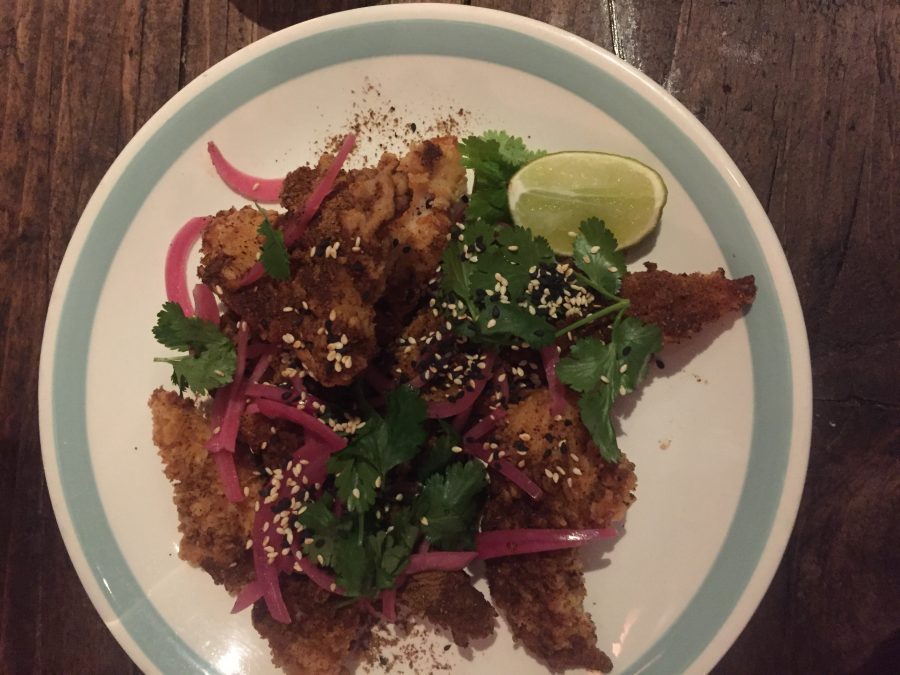 With so much fried food you’ll be grateful for something to cut through it all. Hot and sour pineapple (£4.50) is an adventurous option and so are the Hunan style cucumbers (£4); both of which are totally refreshing. 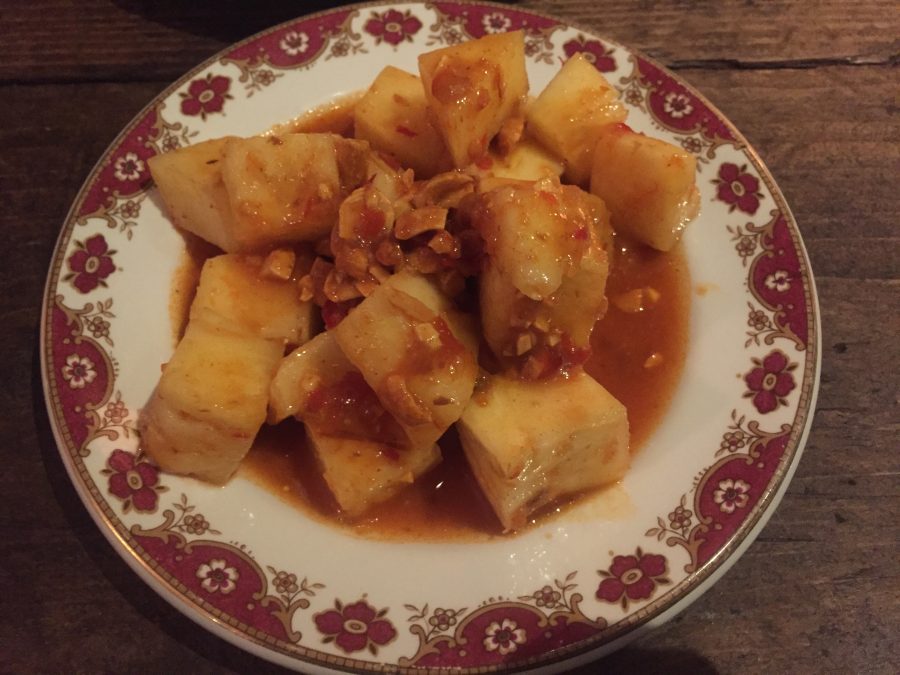 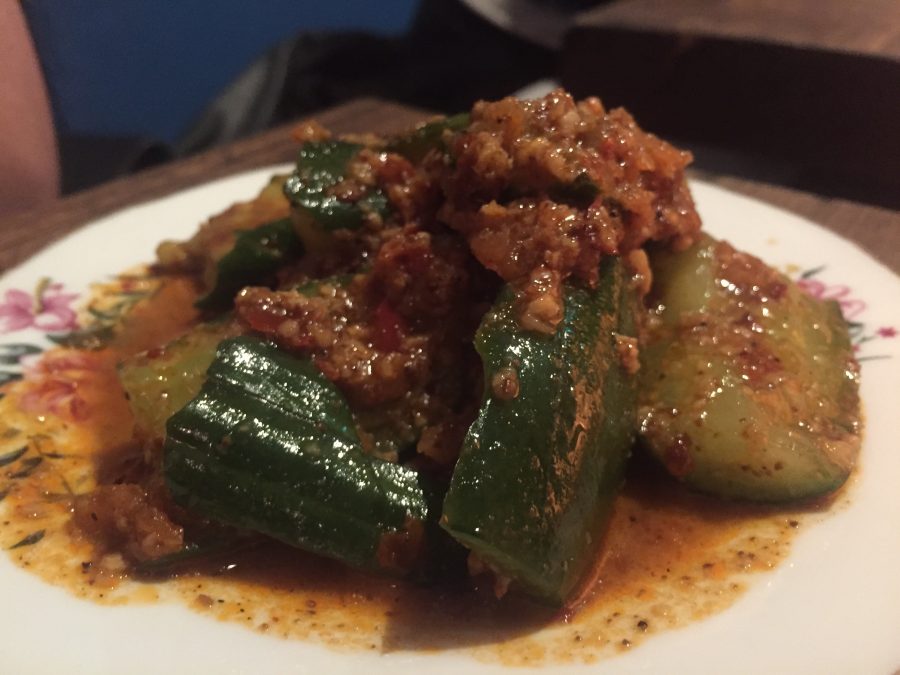 For dessert, there’s just one option; salted chocolate soft serve topped with crunchy white chocolate bits which was just the ticket after that mountain of food. 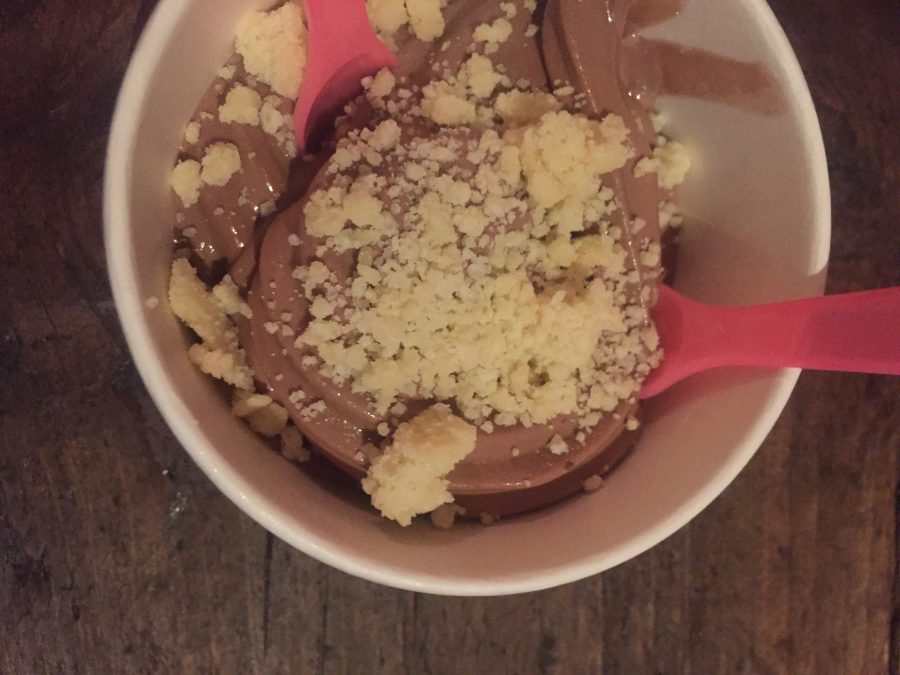 Chick ‘n’ Sours have managed to bring the same fun vibes to Seven Dials (helped by a playlist that makes you want to stand on your chair and do the Macarena) and I don’t doubt it’ll be a huge success. Service is super friendly too which sweetens the deal no end.

Chicknsours.co.uk
We dined as guests of the restaurant.