An evening on The Pullman, the sister train to the Orient Express, isn’t cheap; £500 a head gets you dinner and all the booze you could wish for. After a Champagne and canapé reception the train departs from Victoria and loops through the Surrey countryside before bringing you back again all in the same evening. But it doesn’t matter that you don’t really go anywhere as it’s so magical on board. 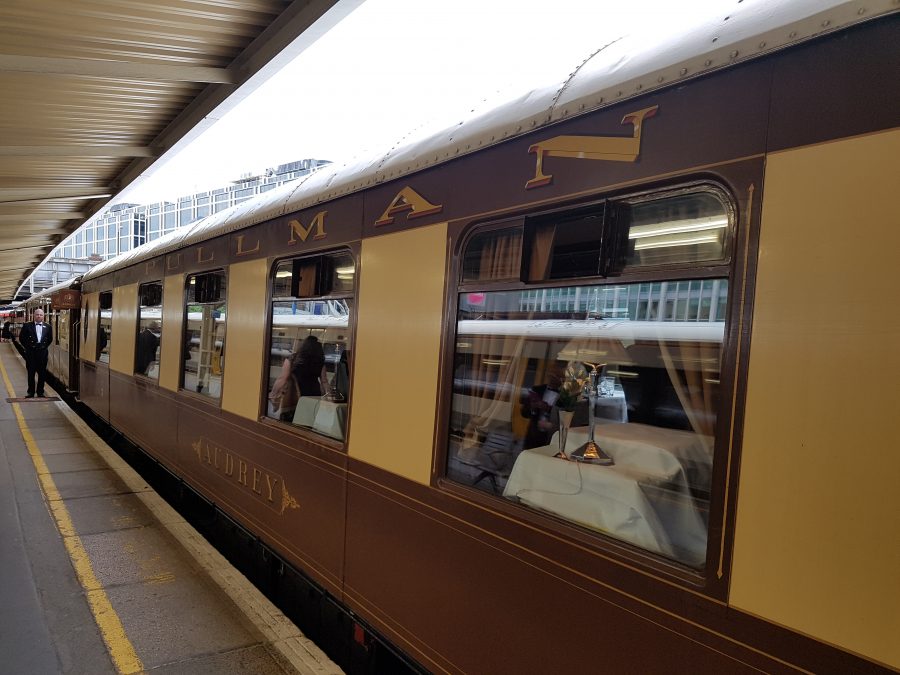 Each carriage is different. Ours was Minerva which was used for state visits and for the royals in the early 50’s. Other carriages (which we could freely wander into) included Perseus, last used publicly as part of Winston Churchill’s funeral train, and Vera, which was directly hit in an air raid at Victoria Station in 1940. The standard of them now is quite spectacular. 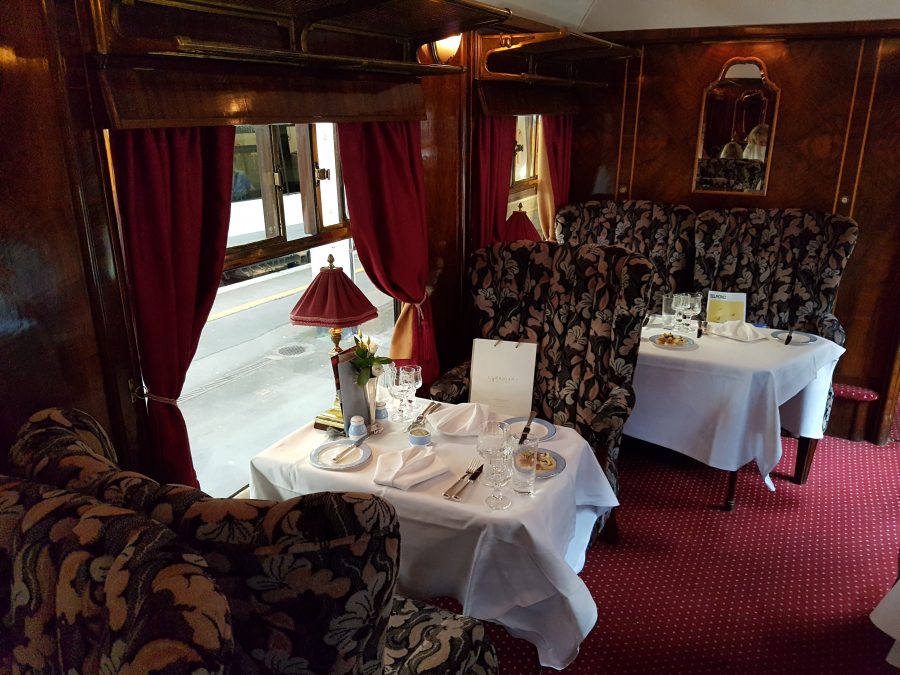 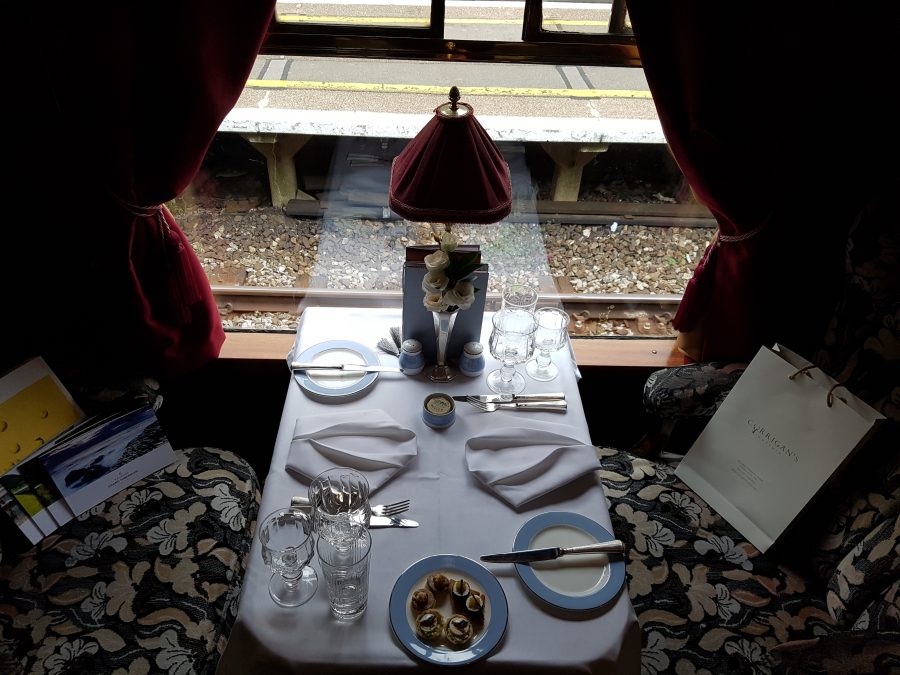 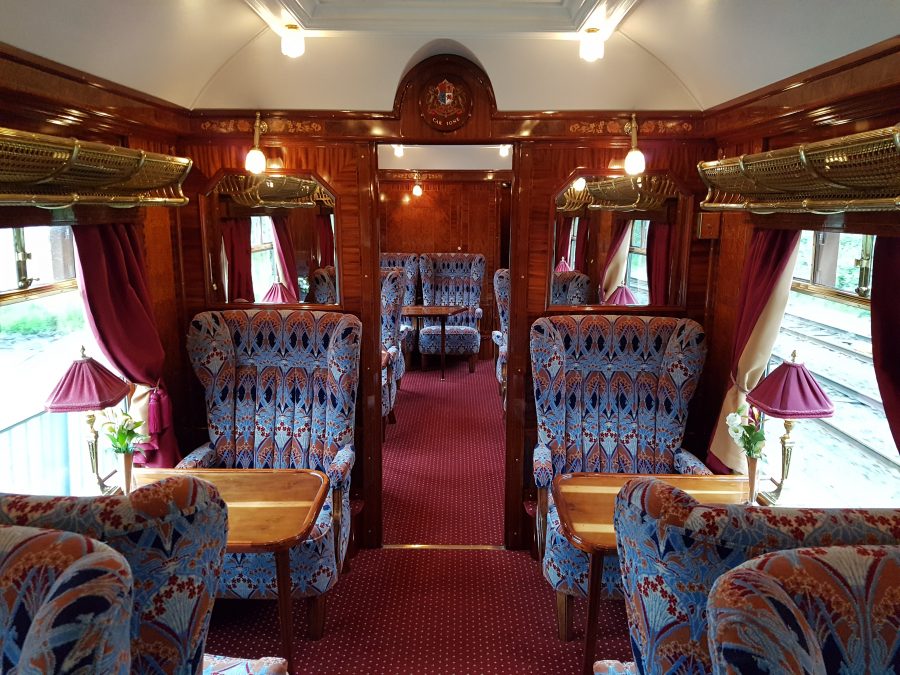 Cooking dinner for the evening was Richard Corrigan (of Bentley’s and Corrigan’s Mayfair fame) as part of a special series of dinners hosted by well known chefs. We started with a beef tea which was a real treat; the sort of salty, rich thing you’d drink if you were feeling under the weather. 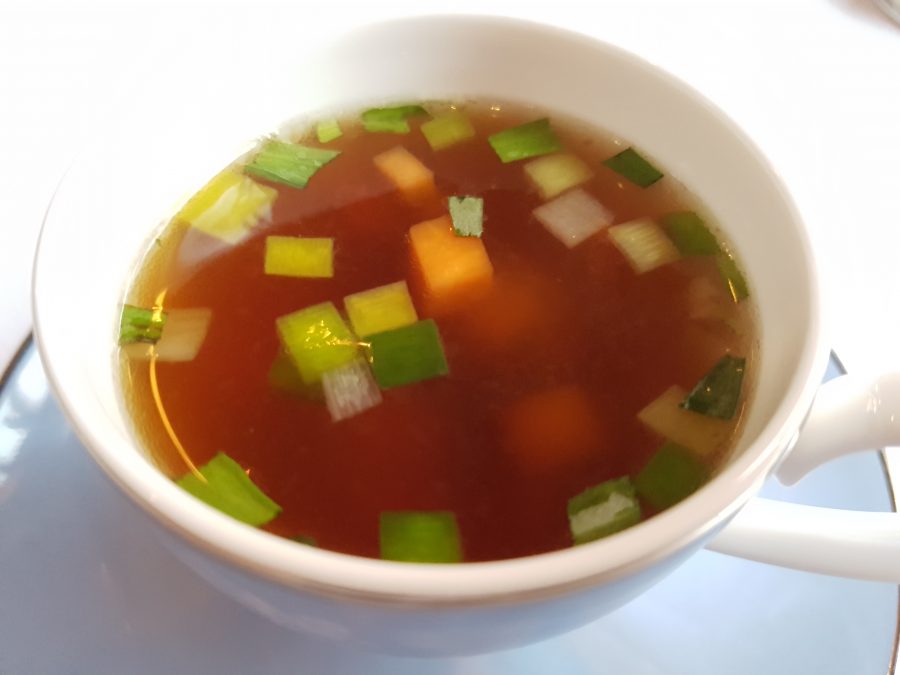 A flamboyant looking seafood platter was next where a thick chunk of smoked eel was the star. Dover sole wrapped around some bouncy lobster mousse was a particularly indulgent dish. The sole was soft and flakey yet held its own against the seafood thwack from the lobster. 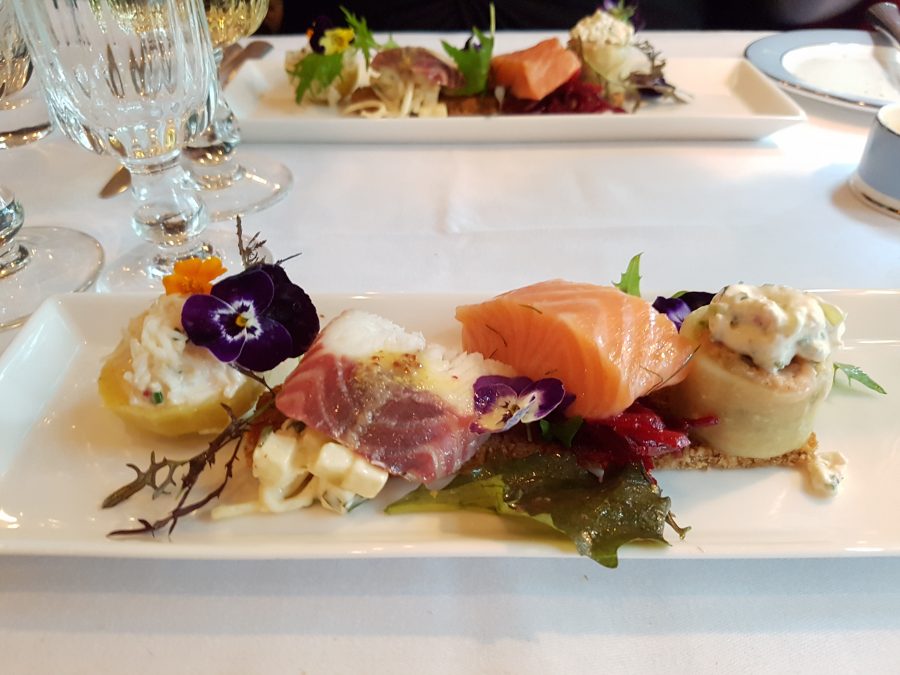 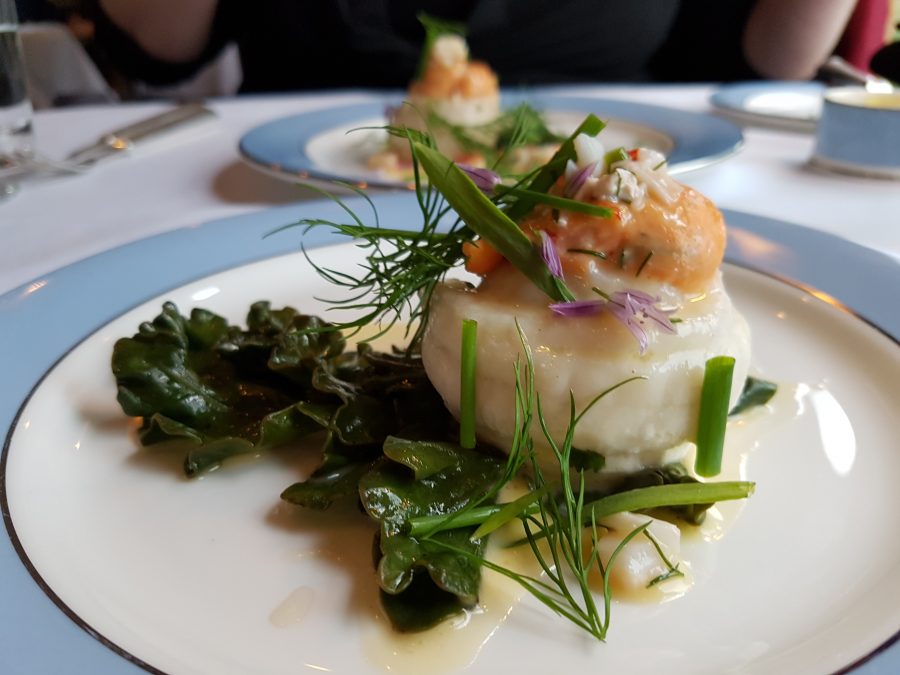 Welsh saddle of lamb with sweetbreads helped soak up the never ending amount of wine (highlights being a Domain Hamelin Chablis and a Balfour Leslie’s reserve sparkling wine). To serve food to that quality in such a cramped kitchen where you’re forever being thrown about is super impressive. 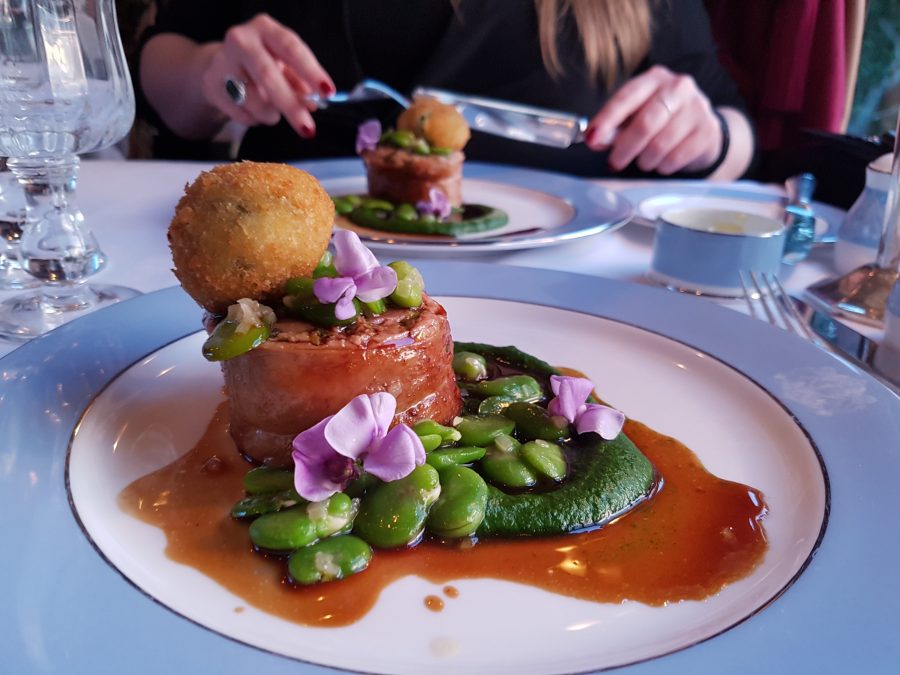 Dessert was a trifle, a raspberry, white peach and black elderflower trifle to be exact. As you can probably tell by the quality of the photo, the wine really kicked in at this point. Either way, I wolfed the lot. 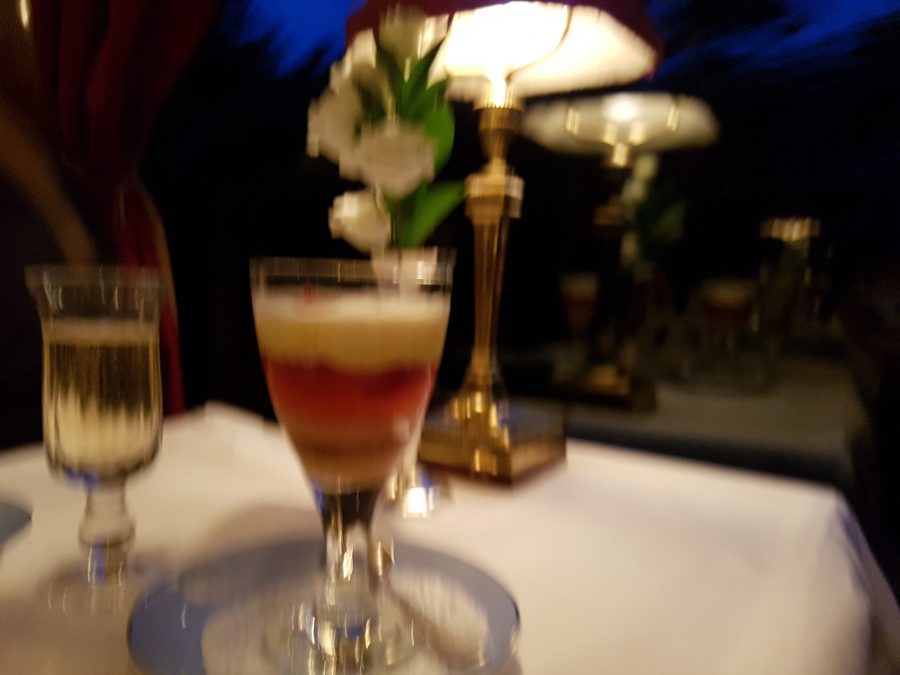 Our evening on board the Pullman was special for so many reasons – it’s one of those experiences I would insist people try once in their lives. The service is a particular highlight, as most of the waiting staff are down to earth cockneys who have been doing the job for years; without an ounce of snobbery between them.

If you’ve got a bit of dollar to burn, and you love some pomp and glamour, I can think of no better way to treat yourself.

Belmond.com
We dined as guests of The Pullman