The Michelin Guide has received a bit of stick of late; their Twitter account is cringey to say the least and their recent award ceremony wasn’t much better. But I will say this for them: they rarely let me down. Whether it’s Michelin stars or Bib Gourmands, it’s a pretty solid list.

Which brings me to Ellory in Hackney, which was recently awarded a coveted star. It’s very much in the way of ‘modern Michelin’; relaxed atmosphere, sharing plates and casual service. There was a neighbourhood gem feel about the place. 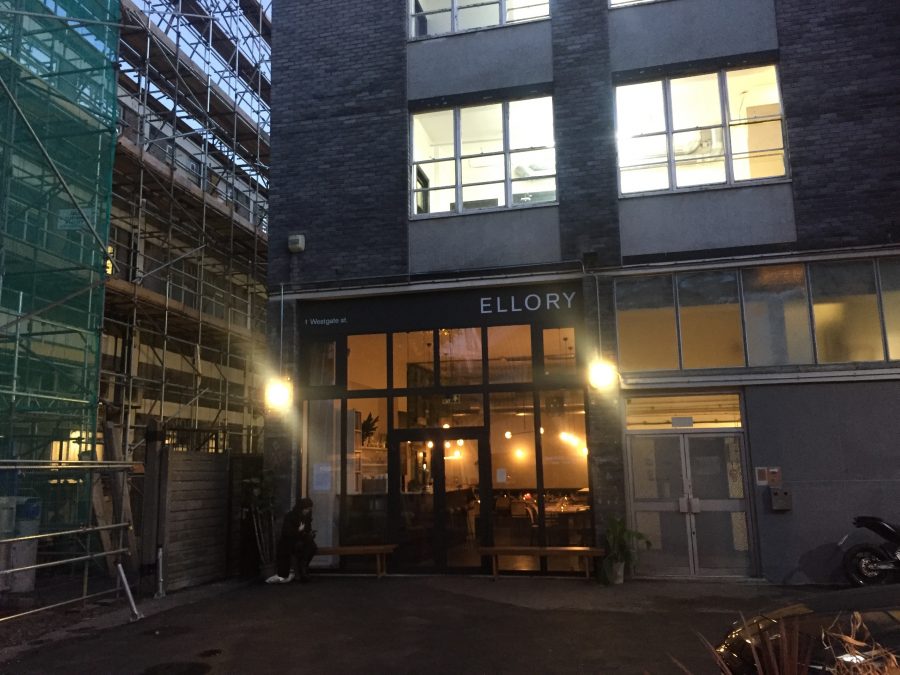 We start with some snacks; bread (£2) which, I think, should be complimentary, some slices of cold chorizo (£6) and whipped cod’s roe with crisps (£5). All are are inhaled at a rate of knots. 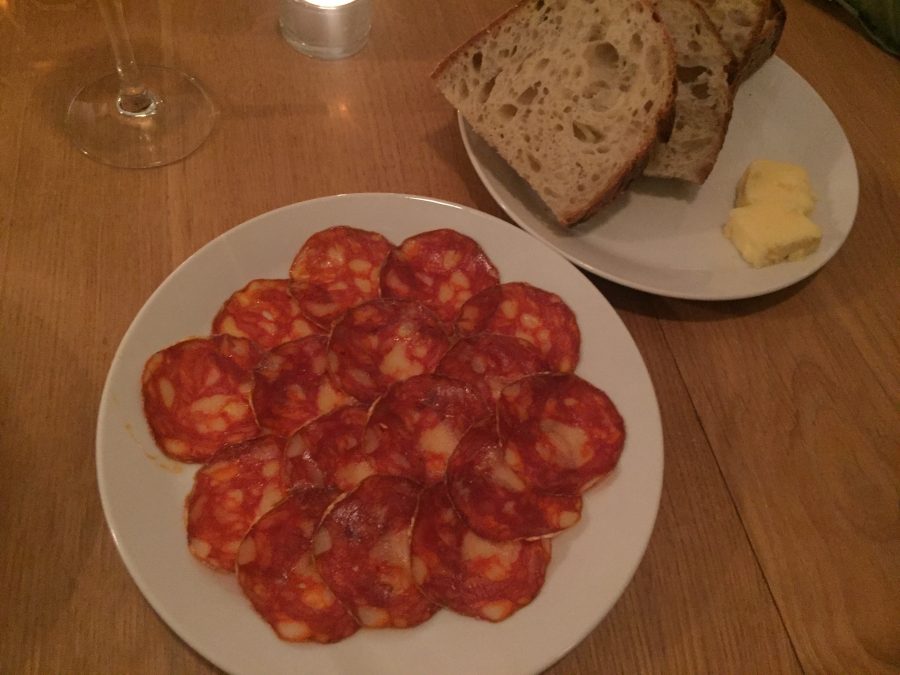 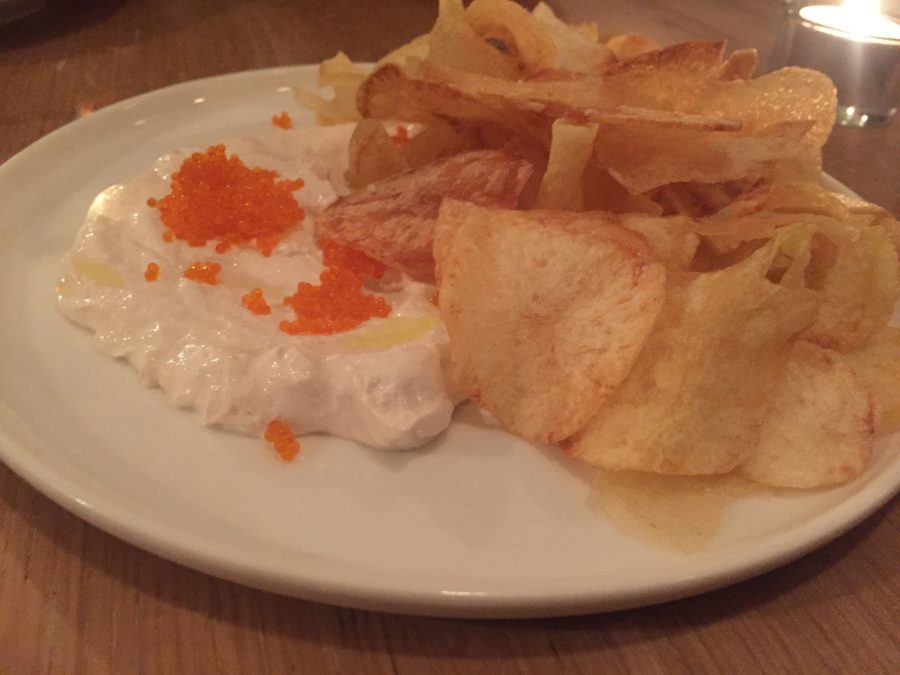 Roasted carrots, Ossau Iraty (a type of cheese) and smoked almonds (£9) is a marvellous thing. The carrots are charred and crispy and chewy – I’ve never had carrots quite like it. Purple sprouting broccoli (£7) has also undergone a similar treatment. This is way more than just veg. 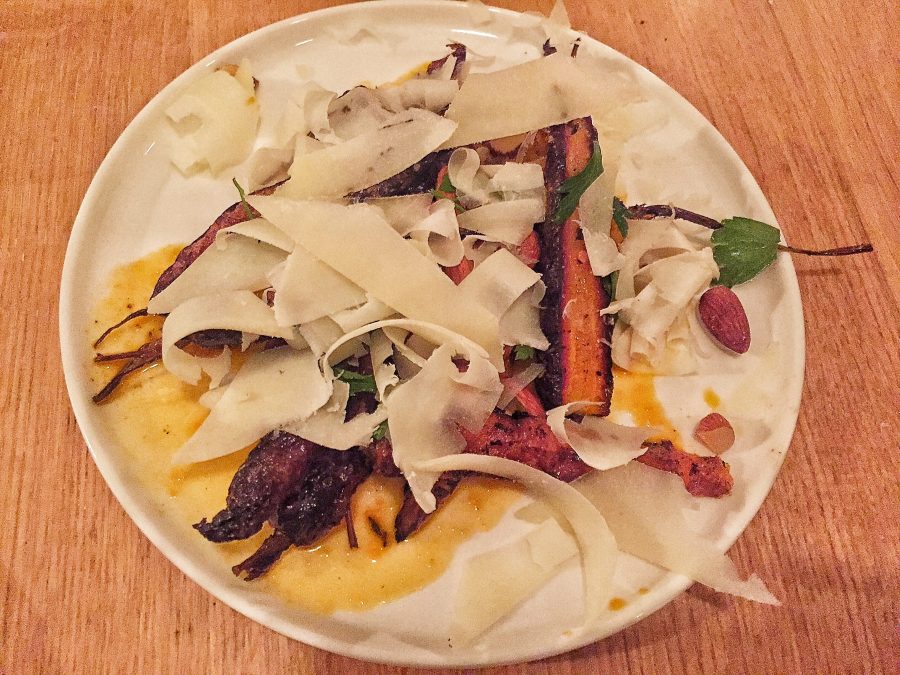 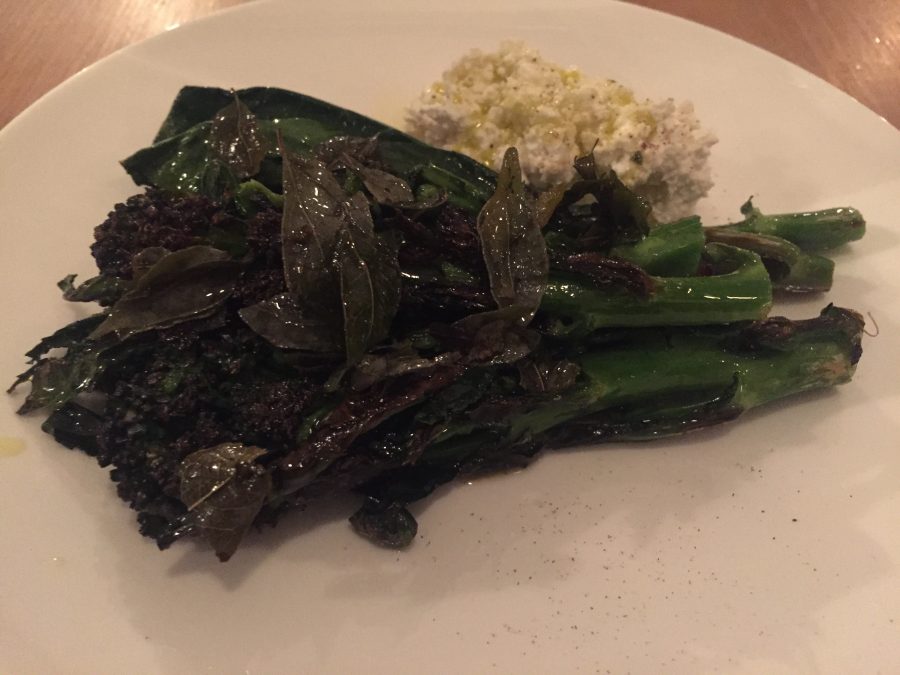 Chestnut mushrooms, giroles, parmesan and egg yolk (£13) gets us ordering another slice of bread to soak up the sauce. Whack a slice of toast under all that and you’ve got yourself the perfect brunch dish. 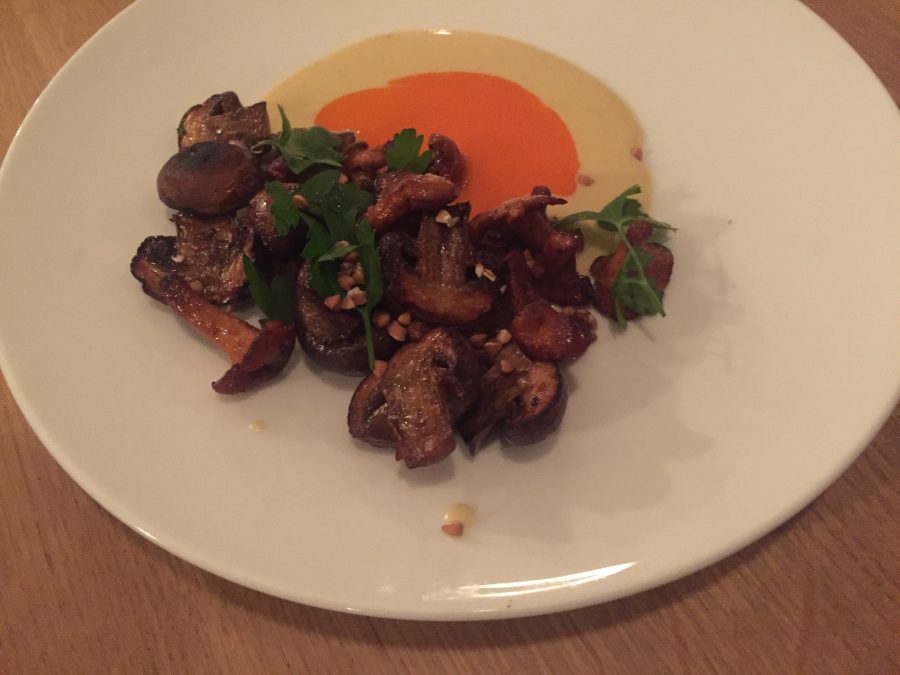 Some waxy Pink Fur potatoes (£8) come with a pungent shaving of salted, cured fish roe called bottarga. It’s made less eye-widening with some creme fraiche and dill to lighten it up. Some really interesting flavours going on there. 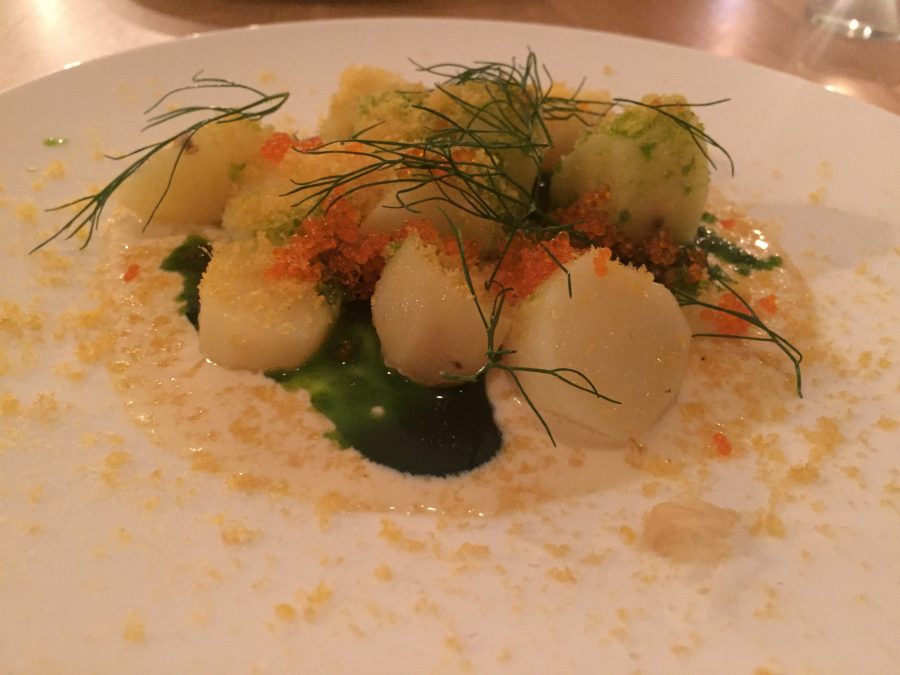 John Dory, spinach and leek (£25) is a dish we like less because it lacks seasoning. It’s delicate and subtle which is unlike the food that come before it. 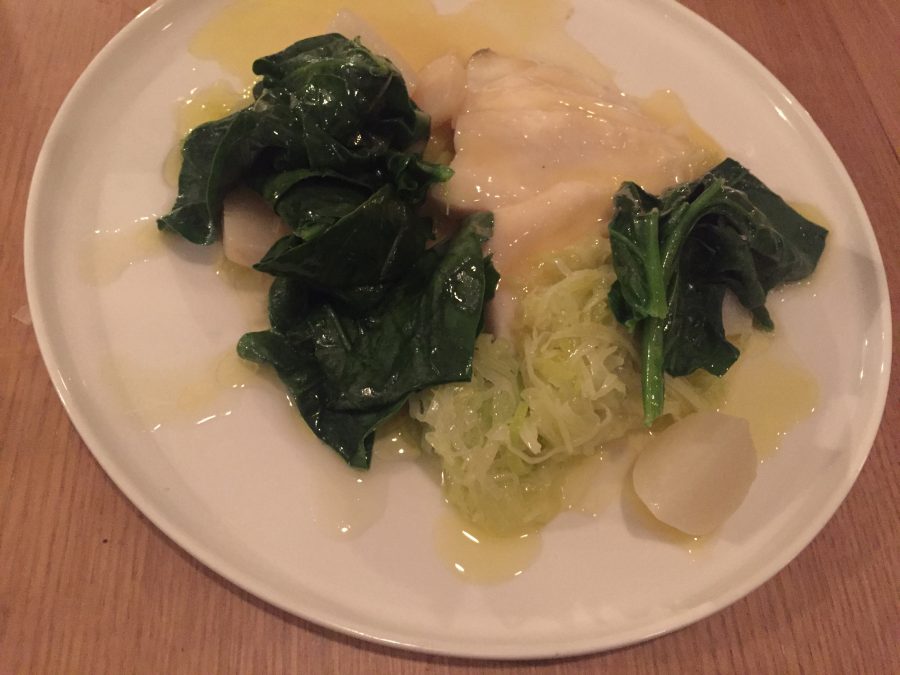 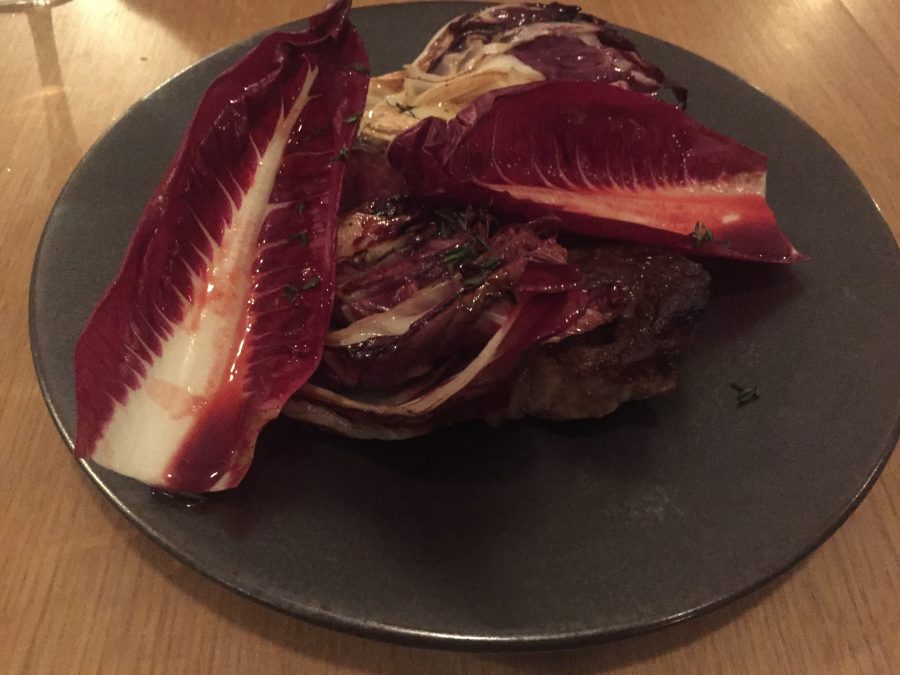 For pud, the three of us share a chocolate mousse (£6.50) which comes with hazelnuts and a caramel sauce. It’s so good (light as anything) that we consider ordering another. And then another. 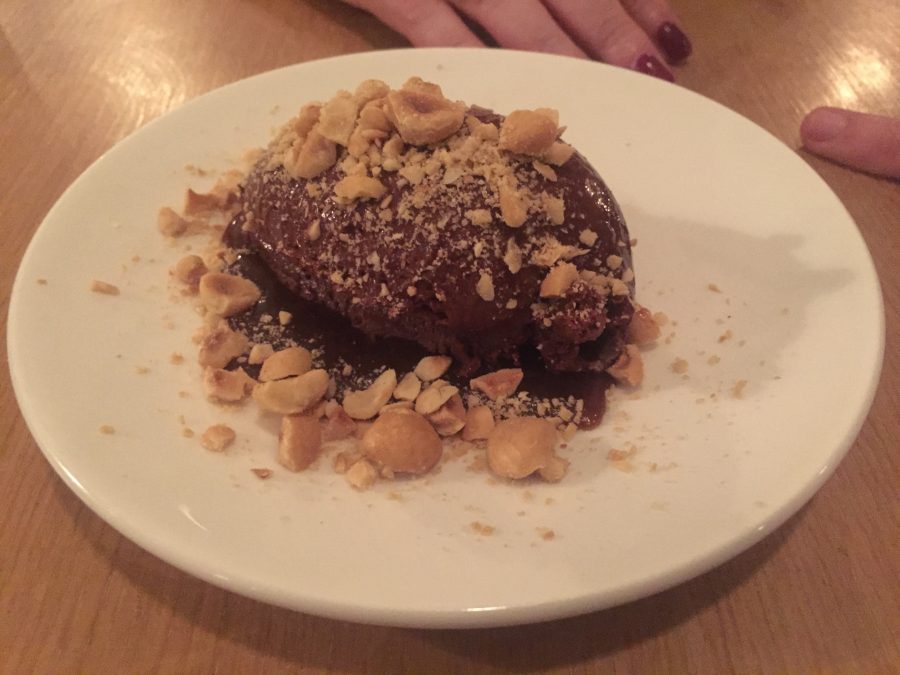 So to summarise: Michelin, you might be cringey as but once again you didn’t let me down. Without you, I may well have never made the trek to a sleepy road in Hackney on a chilly Thursday night and that would have been a crying shame.