London is going taco mad at the minute, which is no bad thing. I visited EL Pastor (from the Hart Brothers, who own Quo Vadis in Soho and Barrafina, and Crispin Somerville) the day after Breddos in Clerkenwell and I have to say I fell in love with both. 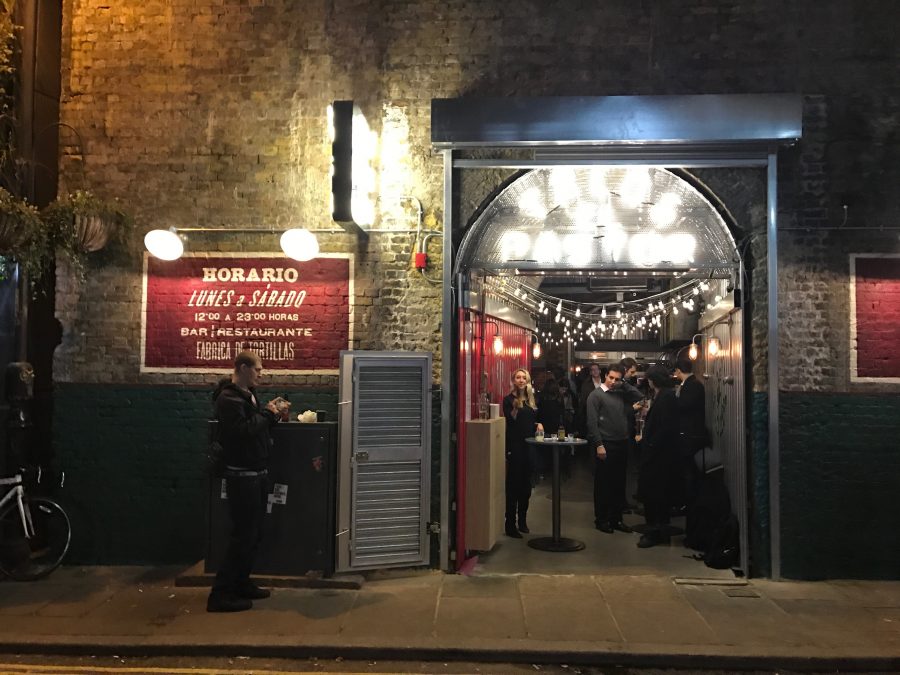 El Pastor sits in a railway arch in the heart of Borough Market. The front half is small and narrow with an open bar and vibes galore. The bus stop style seats to perch on aren’t the most comfortable though. Out the back it’s more of a conventional dining room and you can see the kitchen too which adds fun. 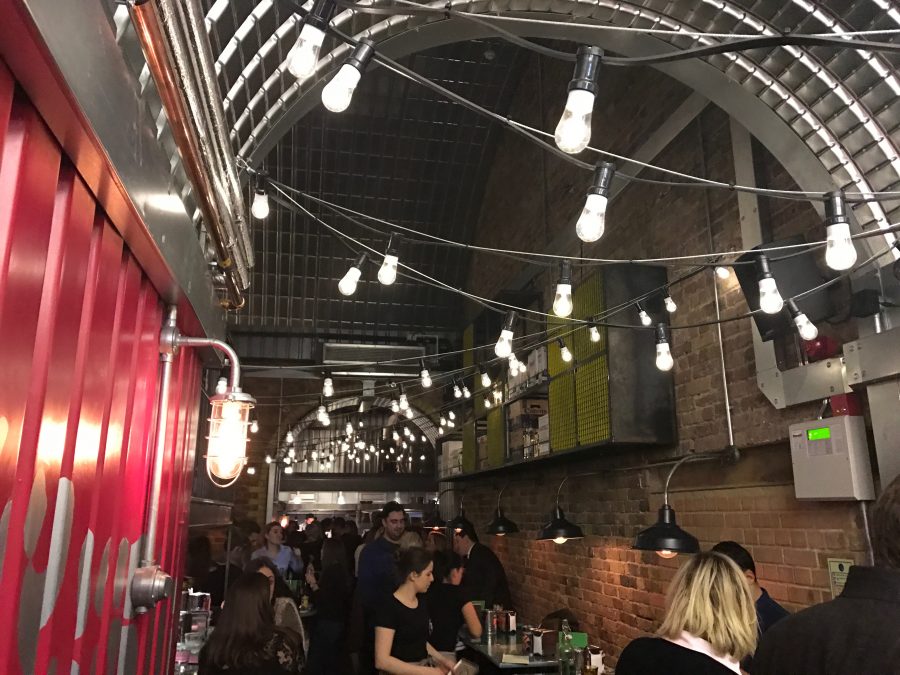 We start with El Pastor guacamole (£6.50), a decent example, which comes with puffy pork crackling. It’s recommended we try “UNO, DOS, TRES”; a shot of Mescal, a shot of green spicy juice and a bottle of beer (£8) which certainly blows away the cobwebs. 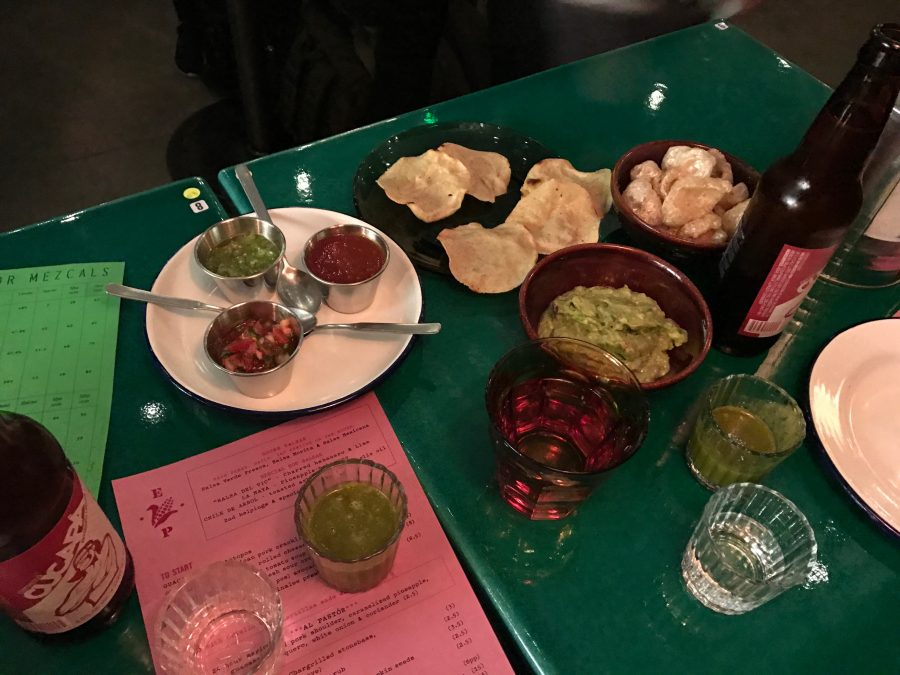 Next up is a cheese quesadilla (£4.50) which is the most simple but wonderful thing. It’s so gooey and crispy we order another one straight away – always a good sign. 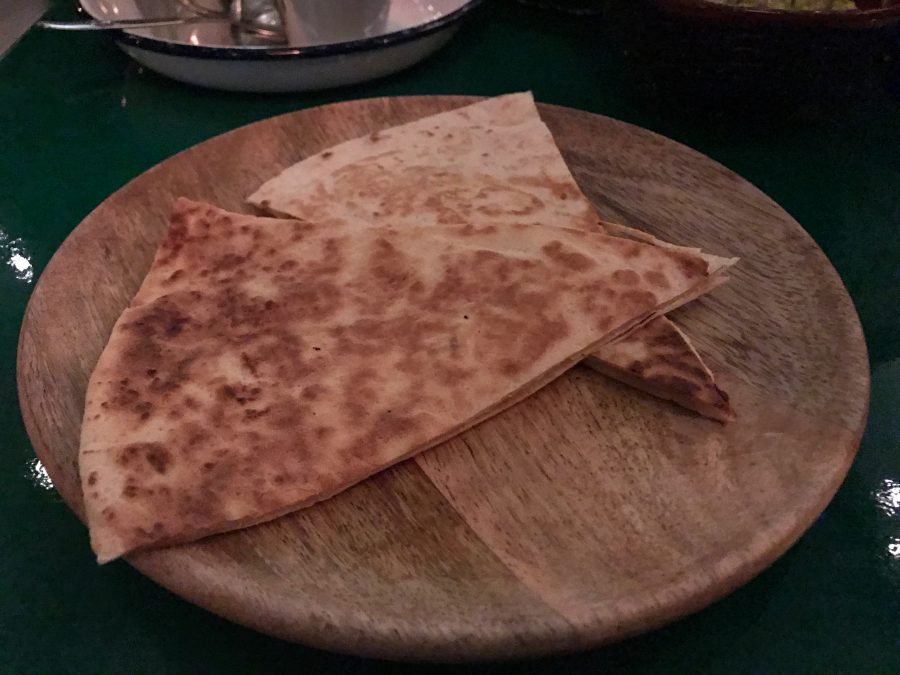 The tacos are made in-house-daily and you can really tell the difference from bought in alternatives. We go for prawn (£3.50), chicken in a chipotle-cumin adobo rub (£2.50), chorizo and potato (£2.50) and the Al Pastór (£2.50). All are great in a no nonsense kind of way. The latter is a marinated pork shoulder and it’s topped with caramelised pineapple – truly marvellous. 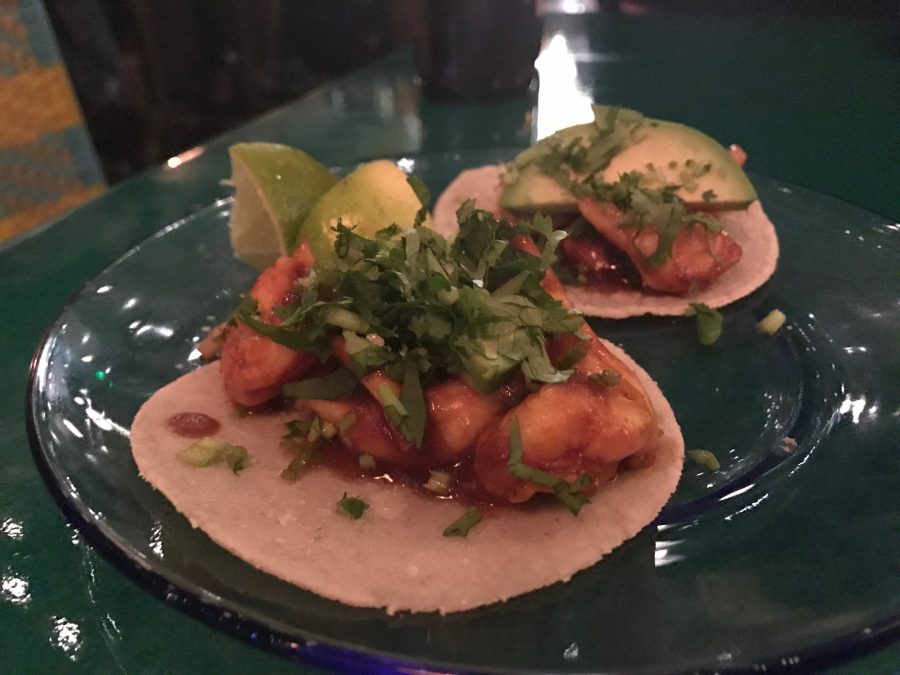 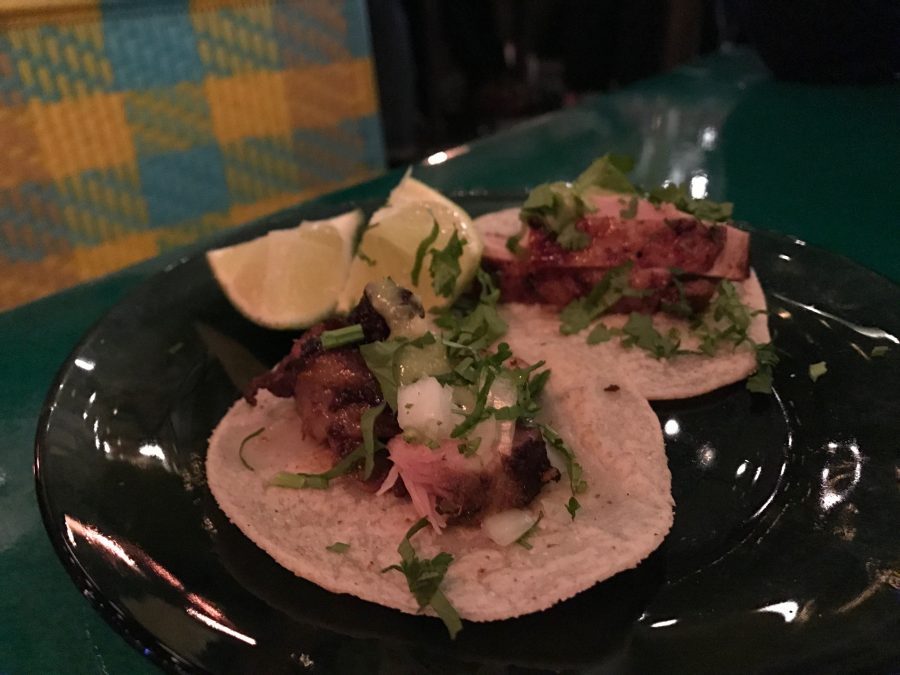 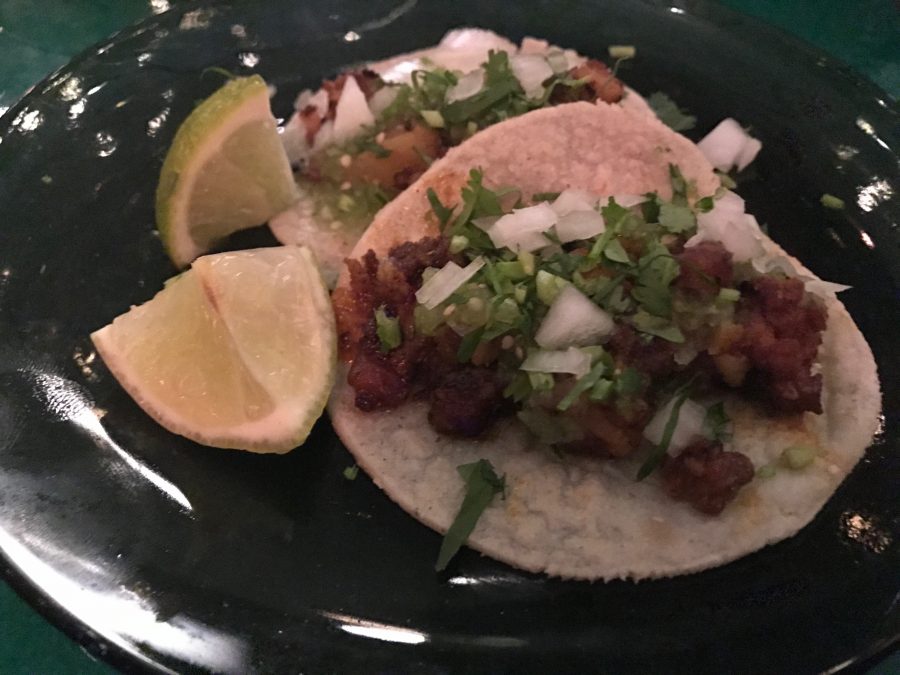 A giant beef short rib (£15) comes off the bone with a fork; the soft and fatty meat being the perfect filling for the tacos. It’s a DIY jobby which is a nice touch. 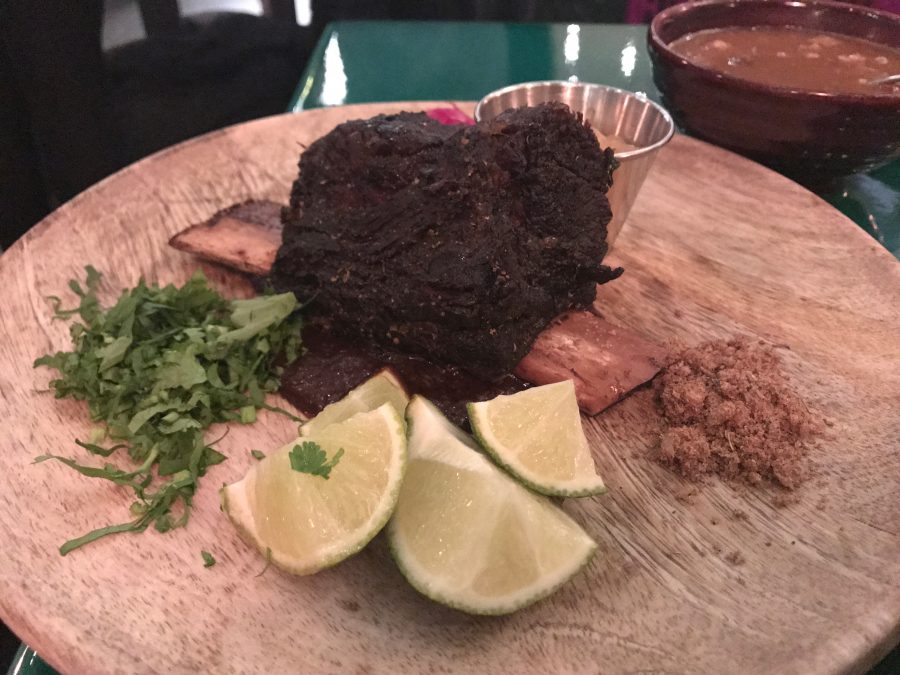 I’m less keen on prijoles charros (£6) not because they’re bad but because I’m not much of a fan of beans – and this is basically a bowl of the stuff in a thick sauce. The chunks of chorizo and pancetta help soothe the pain. 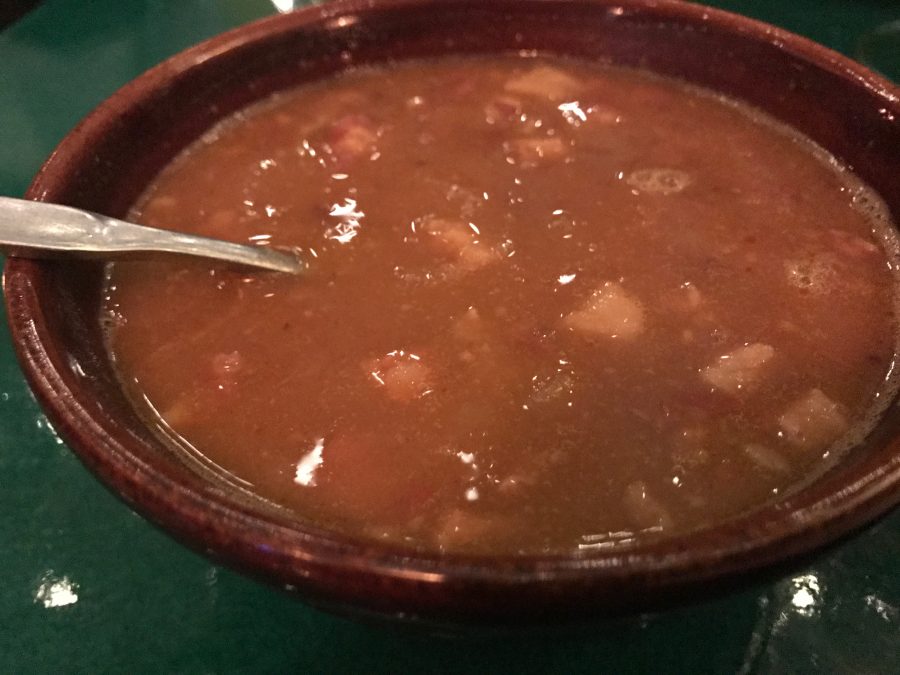 For pud, we share chunks of ‘Bounty’ (£5) which are a homage to the chocolate bar. Gooey, chewy, chocolate covered coconut squares. If you love a Bounty, you’ll love this pimped up version. 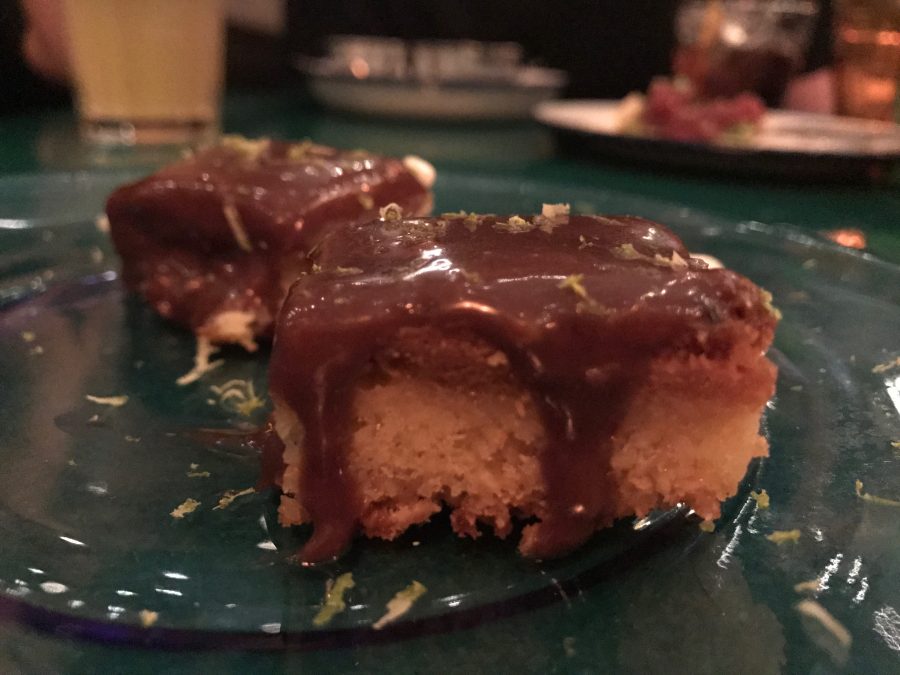 Much like Breddos, our evening at El Pastor was super fun. The food (along with the numerous Mescals consumed) was vibrant and exciting, service relaxed and friendly and the vibes raucous. It’s the sort of place that makes you want to go out dancing in Soho afterwards, which is my favourite kind of restaurant.

Tacoselpastor.co.uk
We dined as guests of the restaurant