Many a trend have swept across restaurants in London over the years but one which seems 100% here to stay is the delightful burger – and probably my favourite thing to eat. Here are my top 7:

1. Ari Gold, £8, Patty&Bun
Pattyandbun.co.uk
It’s so messy and drippy you’ll use about 300 napkins but that’s how I love my burgers. I think it’s the smoky P&B mayo with the pickled onions that does it for me. And who doesn’t love a brioche bun? 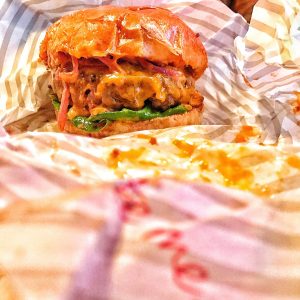 2. Dead Hippie, £8.75, MEATmarket
Themeatmarket.co.uk
Few things make me happier than finding myself with 20 minutes to spare in Covent Garden for a quick Dead Hippie at MEATmarket. It’s been one of my favourites since the beginning. Two patties (fried in French’s mustard) and a sauce that they’ve even trademarked. It’s the ultimate. 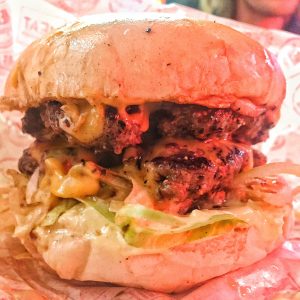 3. Cheeseburger, £6, Bleecker Burger
Bleeckerburger.co.uk
Two things about this one: the sesame seed bun and the almost raw texture of the burger. I just wish they had a proper restaurant with proper seats. But sod it, I’d sit on the floor in the snow to eat one of these. 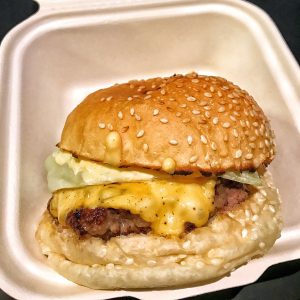 4. Double cheeseburger, £10, Burger & Beyond
Burgerandbeyond.co.uk
Currently available at Camden Market and at Dirty Harry’s in Soho where they’re doing a collaboration with Other Side Fried. The patties here are 45 day aged beef that have shed loads of flavour. Four slices of gooey American cheese hold everything together perfectly. 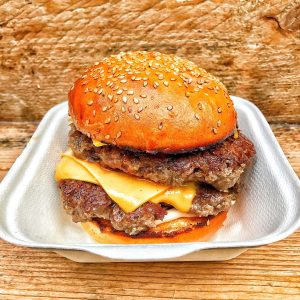 5. Shackburger, £5.50, Shake Shack
Shakeshack.co.uk
This American import surprised everyone by using 100% Angus British beef for their burgers over here. The crust on the meat separates these patties from everyone else – it gives so much flavour. The soft squidgy bun soaks up all the meat juices too. 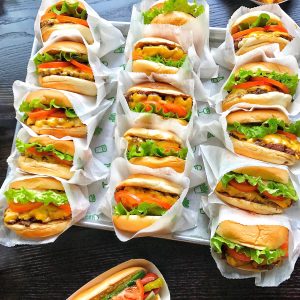 6. Big Mac, £2.99, McDonald’s
Mcdonalds.co.uk
It was Guardian critic, Marina O’Loughlin, who recently tweeted saying how bad Maccy D’s burgers are, and I can’t say I disagree with her too much. BUT, the Big Mac has a certain flavour combo that I always enjoy and it reminds me of my childhood. Sorry guys. 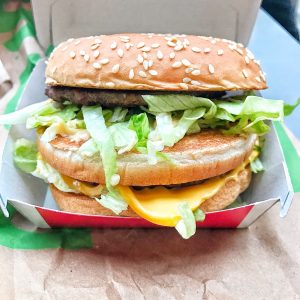 7. Honest, £10.75, Honest Burger
Honestburgers.co.uk
The mix of red onion relish, smoked bacon and mature cheddar really is a winning combo. Best thing about this one though is the rosemary fries included in the price. 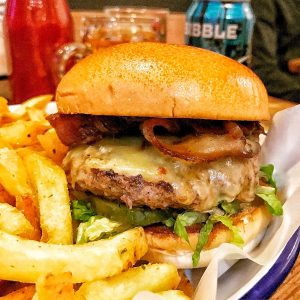