I first heard of chef Dan Barber on the Netflix series Chef’s Table. That programme sparked my visit to his restaurant in upstate New York set within a farm where they grow all their own food for their lengthy tasting menus. Hands down it was the best meal of my life. 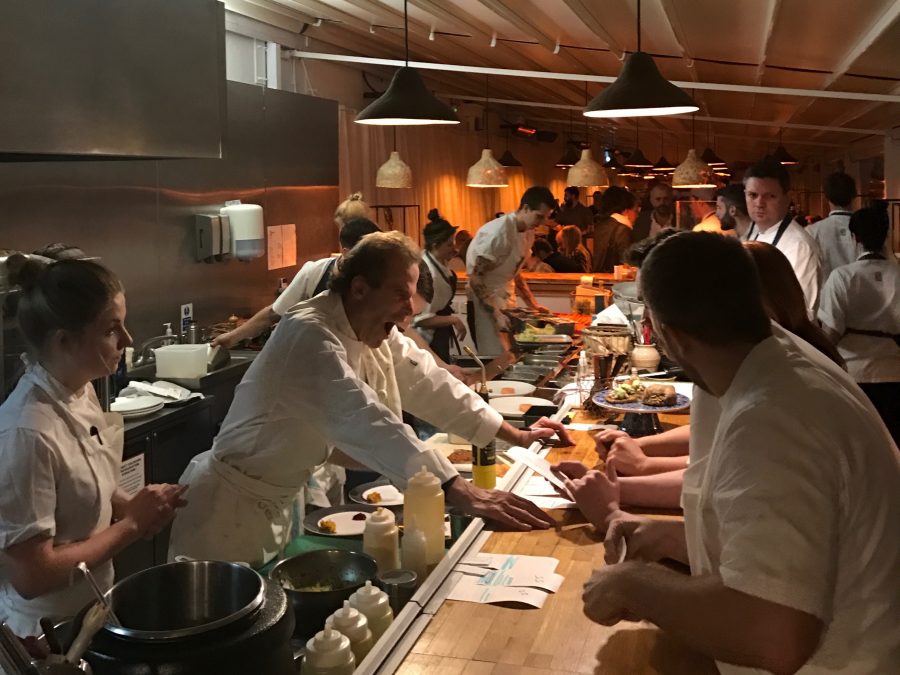 WastED, his first venture in the UK, is a pop up project on the roof of Selfridges which uses food which otherwise goes unused in the food chain. If there are some kale leaves left on the stalk after being picked, he’ll serve them. The milk that baristas so often throw away, he’ll use it. Even the fruit and veg scraps for cold pressed juices are mulched down and turned into a bloomin’ good burger. The whole idea really does make you think. 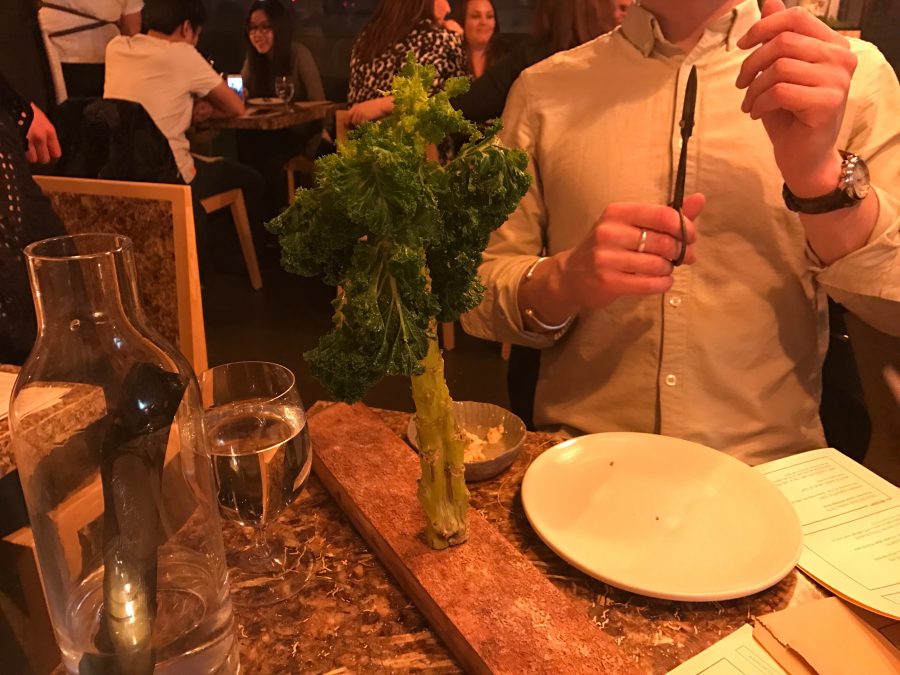 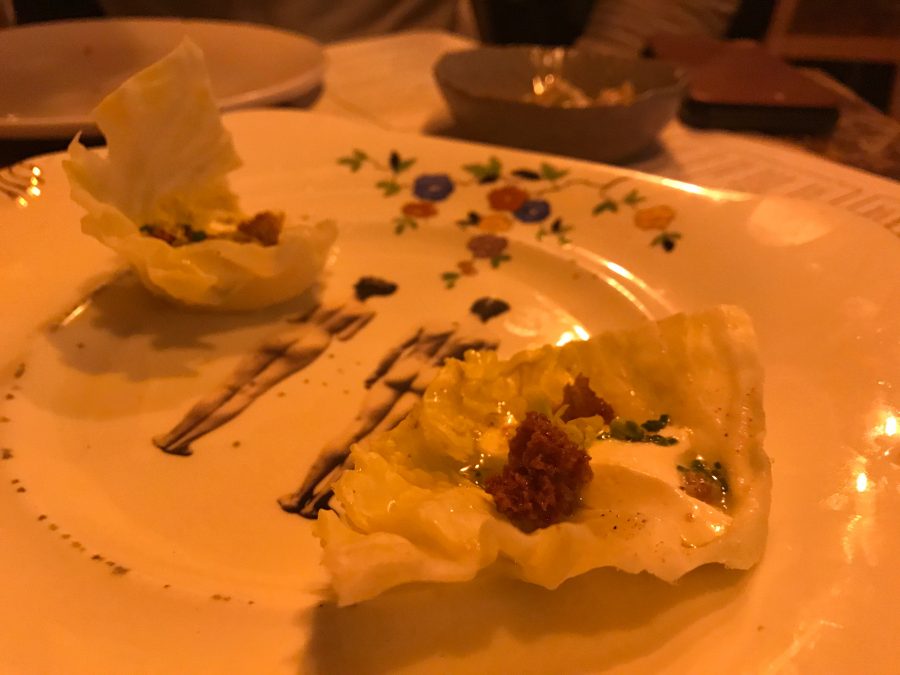 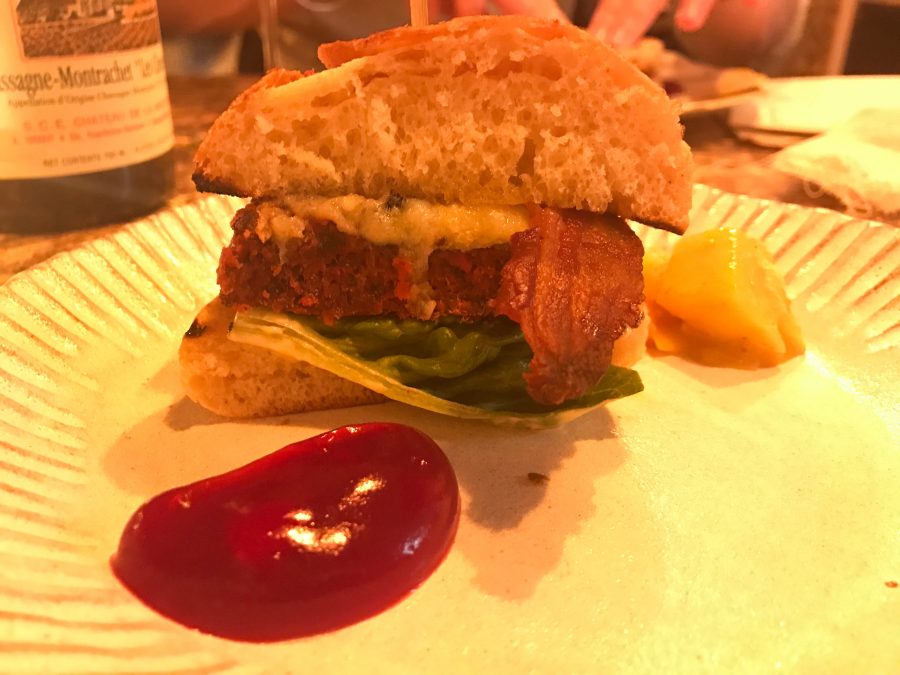 It’s an a la carte menu and all dishes are £15, be it whether you order a whole cod’s head (the cheeks and flesh around the eye socket are delish) or a more modest salt beef ends wrapped in blood and brain crepes. We’re given something called a ‘chef’s menu’ for £50 which features most of the dishes. 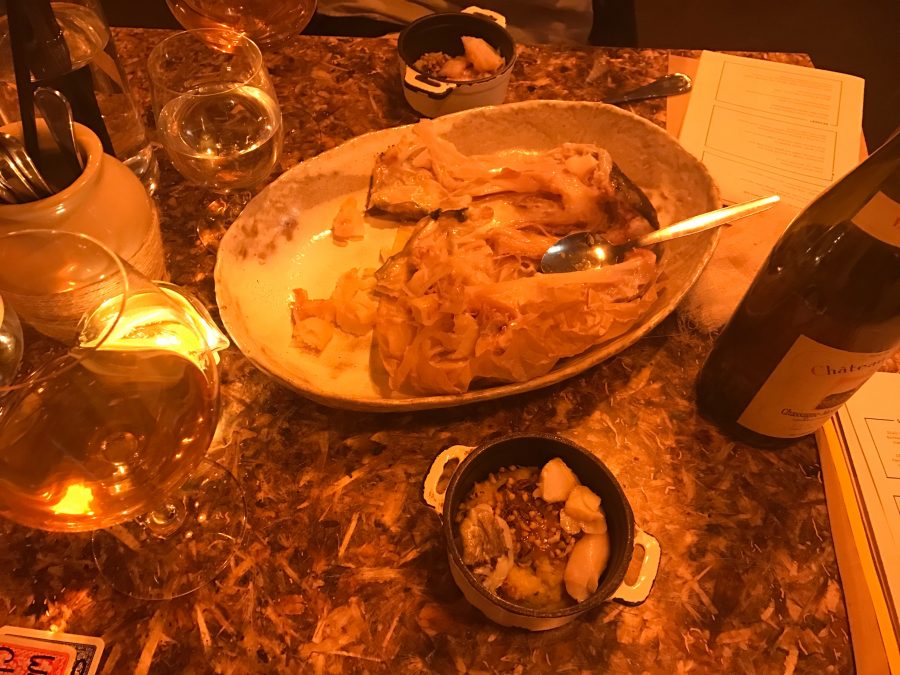 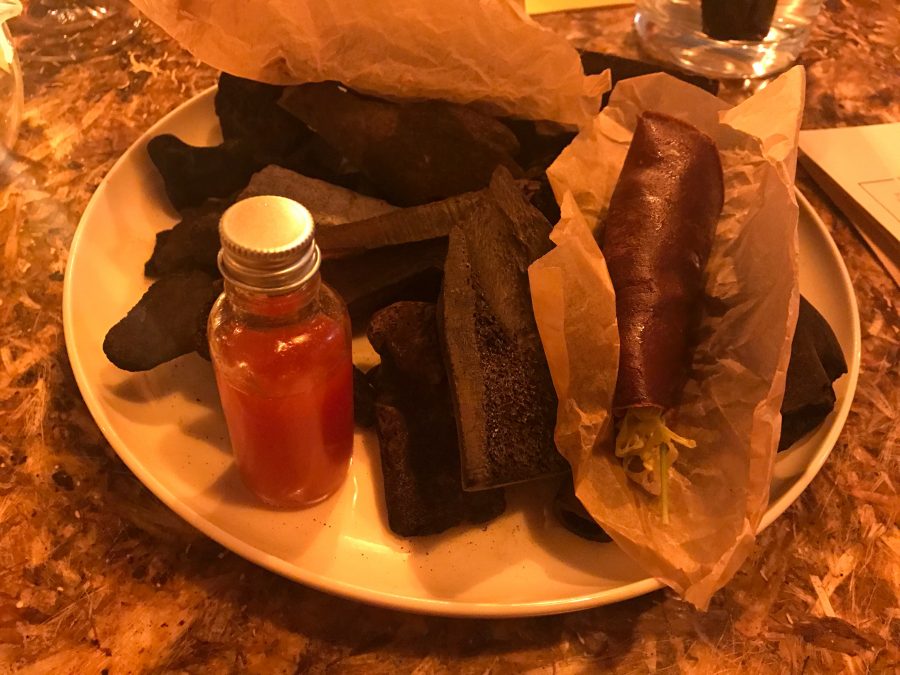 Each night a different chef works alongside Dan and his brigade, made up of chaps and chapesses from restaurants all over London. It’s Raymond Blanc on our visit which is rather exciting. His dish; salmon belly tartare with cauliflower core couscous and cucumber ends is Michelin star-worthy. 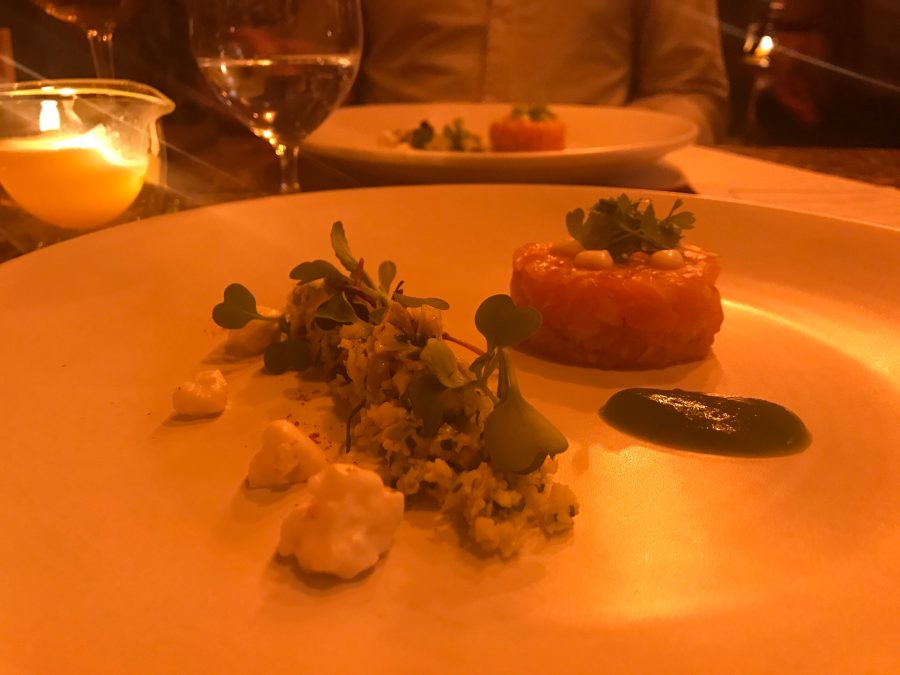 Another highlight is ‘rescued veal nuggets’. When it comes to veal, baby male cows are killed because they require too much milk and attention, leaving just the girls for meat. Dan worked closely with a farmer who kept a few of these baby boys going long enough so he could use them himself and the result is something quite special. The meat is bright pink and the flavour super strong. 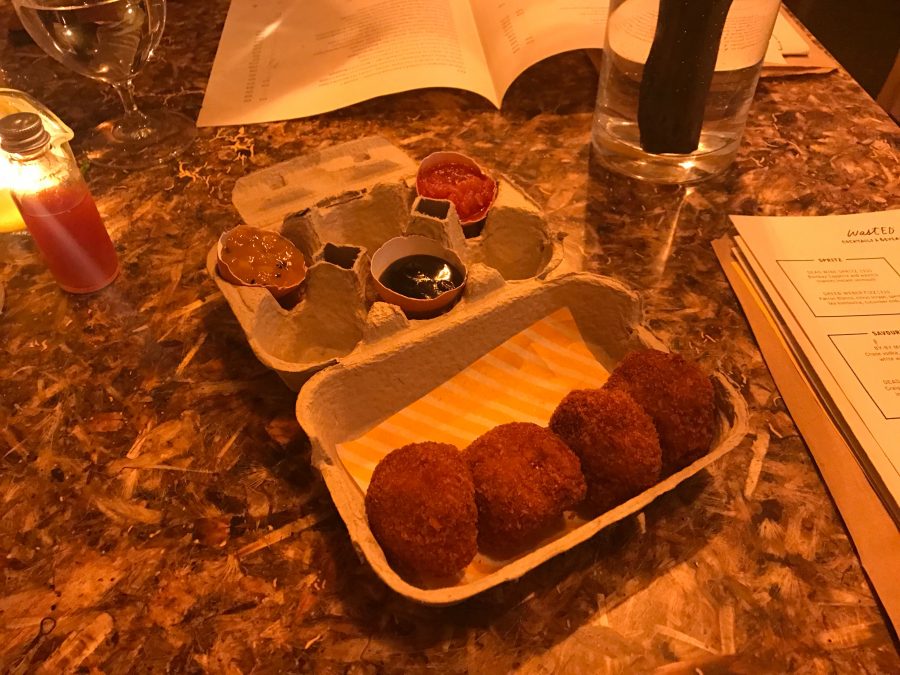 Wasted rarebit is a gloriously cheesy thing – I only wish I was hungover to truly appreciate its restorative properties. And of course it’s using stale bread, cheese trimmings and off-grade apple chutney. 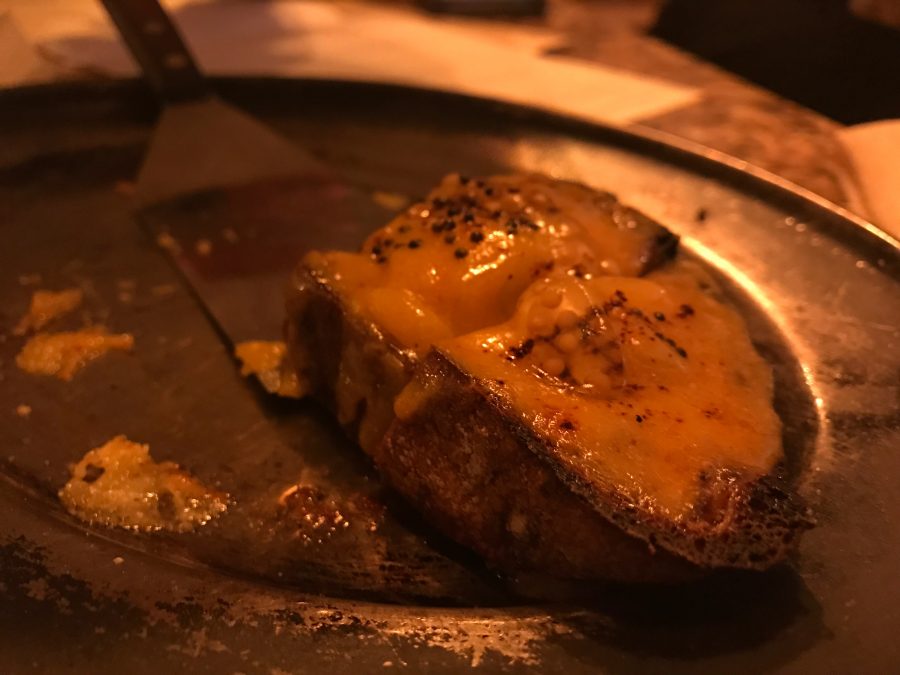 Dessert is a platter of many wonderful things. Waffle scrap treacle tart is rich and sticky and tooth-looseningly goooooood. The failed popcorn ice cream is also a winner. A Coke float of sorts, using cocoa pod husk and whey soda, is neither sweet nor savoury – never had anything like it – but strangely addictive. 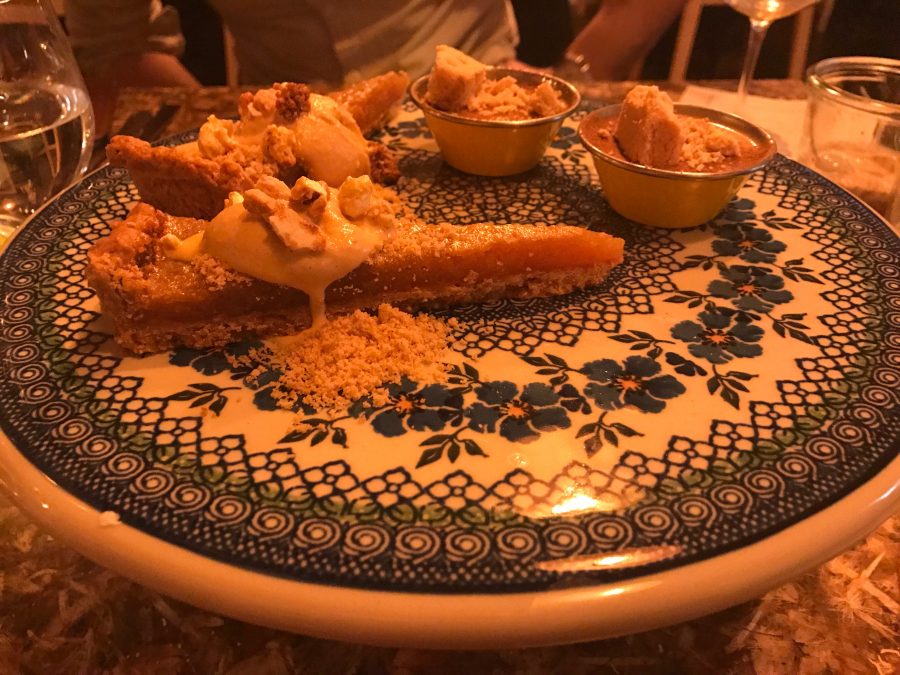 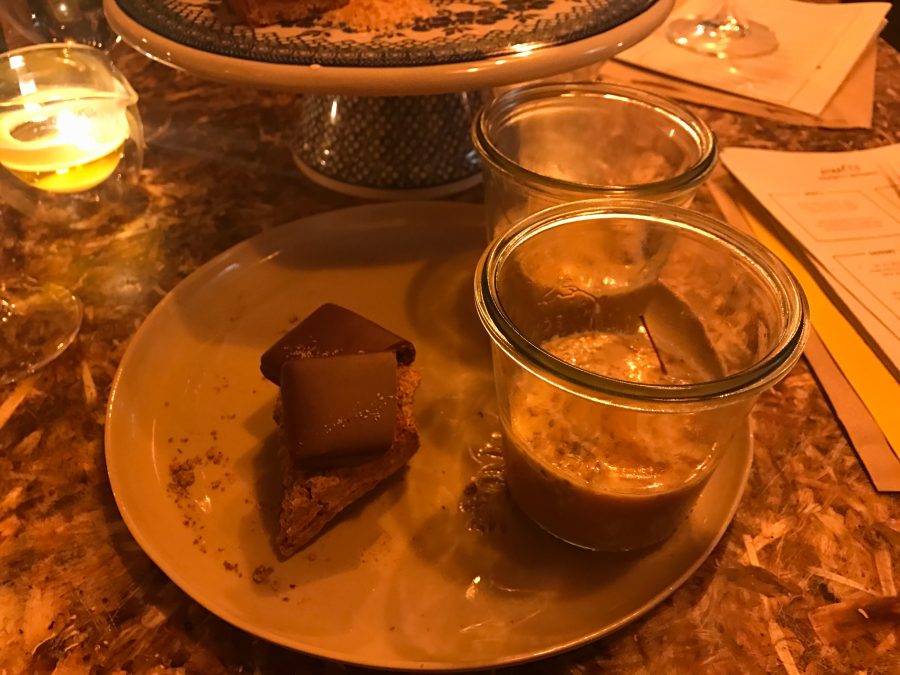 So that was that, a truly humbling experience. And yes, it might have cost us a pretty penny, but all the work involved to orchestrate such an operation actually made it brilliant value for money. Dan Barber is a magician in the kitchen (says a true fan girl) and every trick leaves me mesmerised.