I’ve been a fan of Blacklock in Soho ever since they flung open their doors back in 2015. If my dream restaurant were to open, it would serve giant platters of lamb chops alongside Â£5 Old Fashioneds – and that’s exactly what they did.

Owner Gordon Ker has since opened a second one, this time right next to the Walkie Talkie in the City. Inside it has the same basement vibe; exposed brick, concrete floor, an 80’s soundtrack and dainty cocktail trolley. 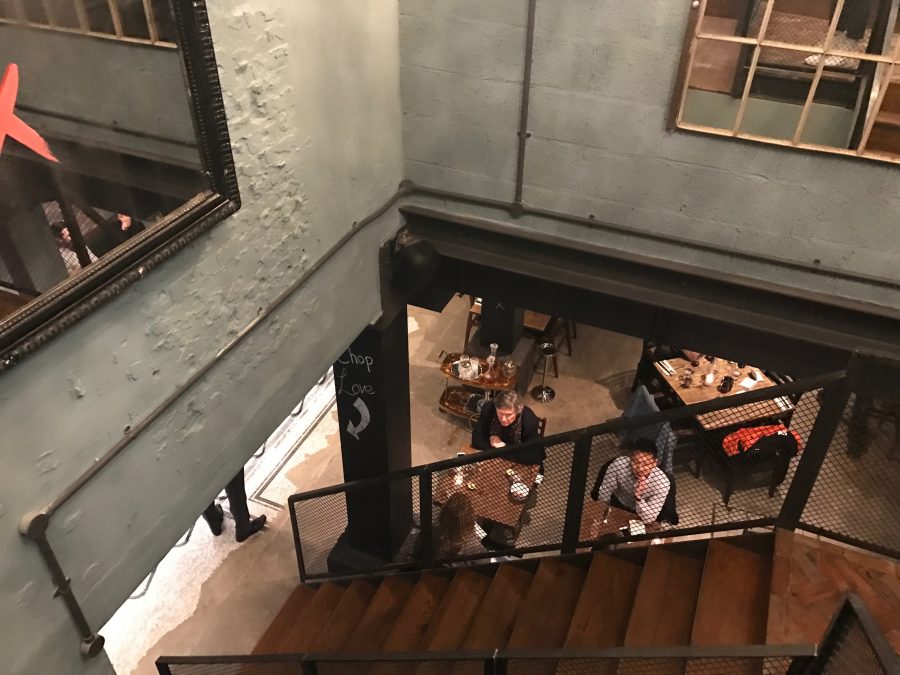 The menu is much the same but with the addition of three starters (Â£5 each). A plump lil’ scallop is drenched in a molten-fatty-black-pudding-butter concoction which is just wonderful. Lamb belly ribs, all gelatinous, come with a slaw which cuts through it all. And pig’s head toast comes with a silver jug of gravy and a generous sprinkle of sliced chillies. It has touch of the SMOKESTAK about it. Lush. 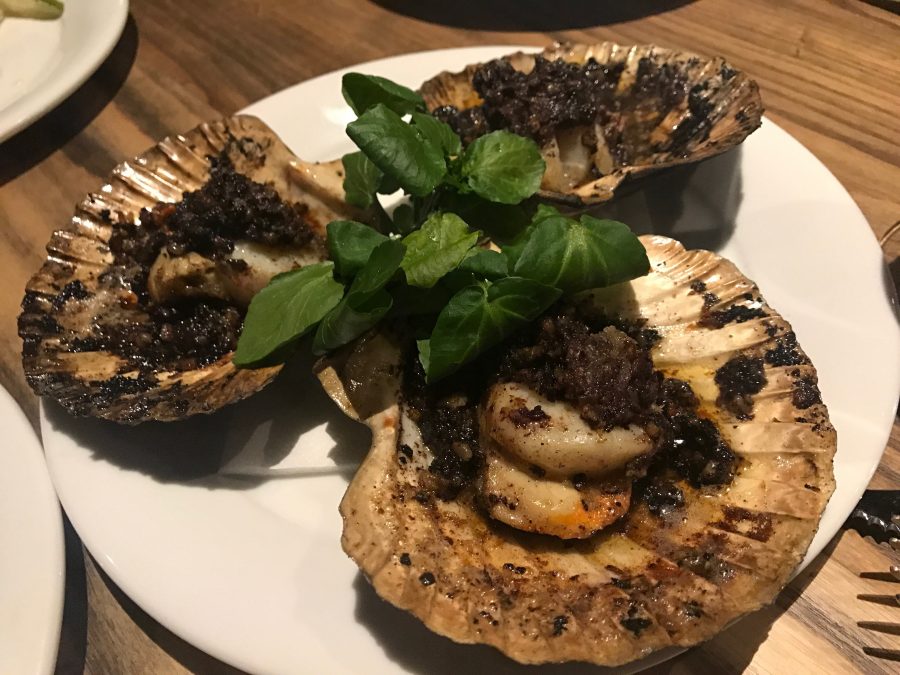 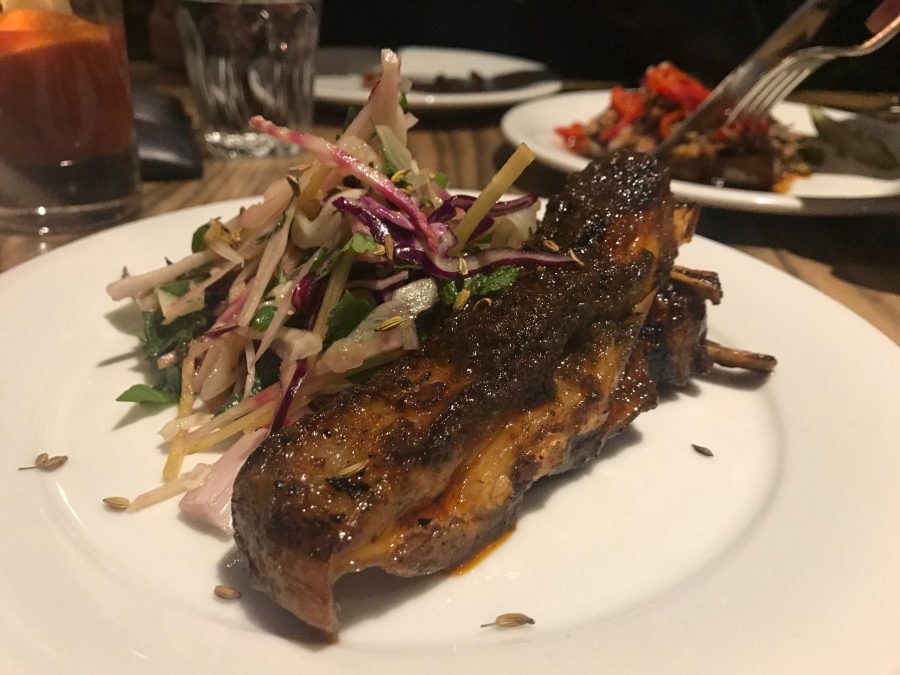 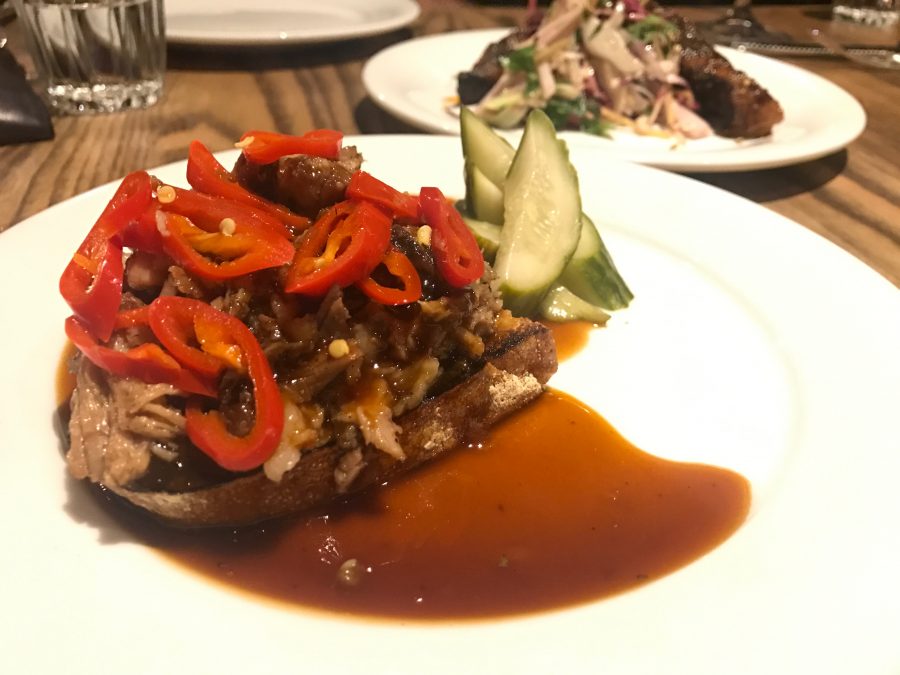 We go for all in (Â£20 per person) which starts with some pre chop bites, essentially crackers topped with nice bits. Cheese and pickle, chicken and horseradish and egg and anchovy; such simple morsels but the sort that make your eyes light up. 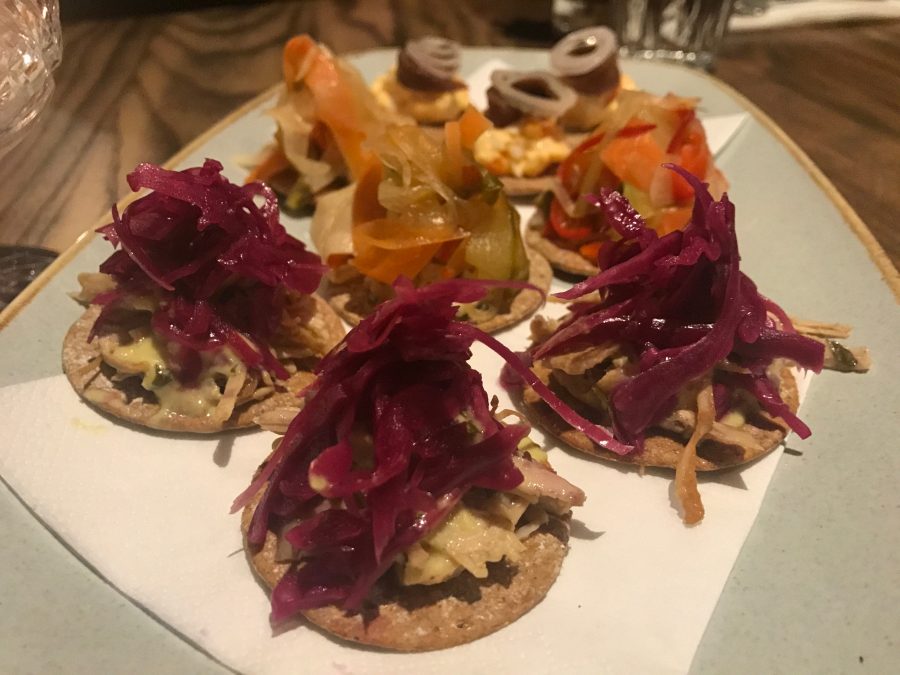 Chops come next; we get beef, lamb and pork. The meat is from Philip Warren Butchers in Cornwall and it’s just perfect. The fat is crisp, the meat has the right amount of smoky char yet it’s pink as anything when you bite into it. It’s all aggressively salty too. 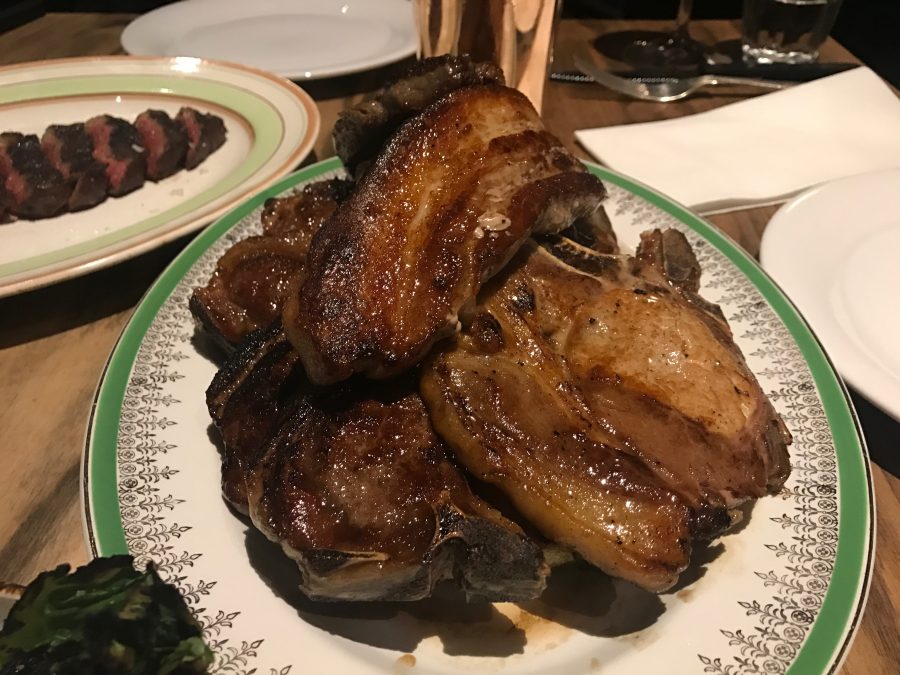 A side per person is included. We go for a bowl of super tangy kale and parmesan which is the perfection antidote to the richness of all that fat. Beef dripping chips are the best I’ve had in London, hands down. You’ll want the chilli hollandaise (Â£1) for dunking FYI. Barbecued baby gems are also the nuts. 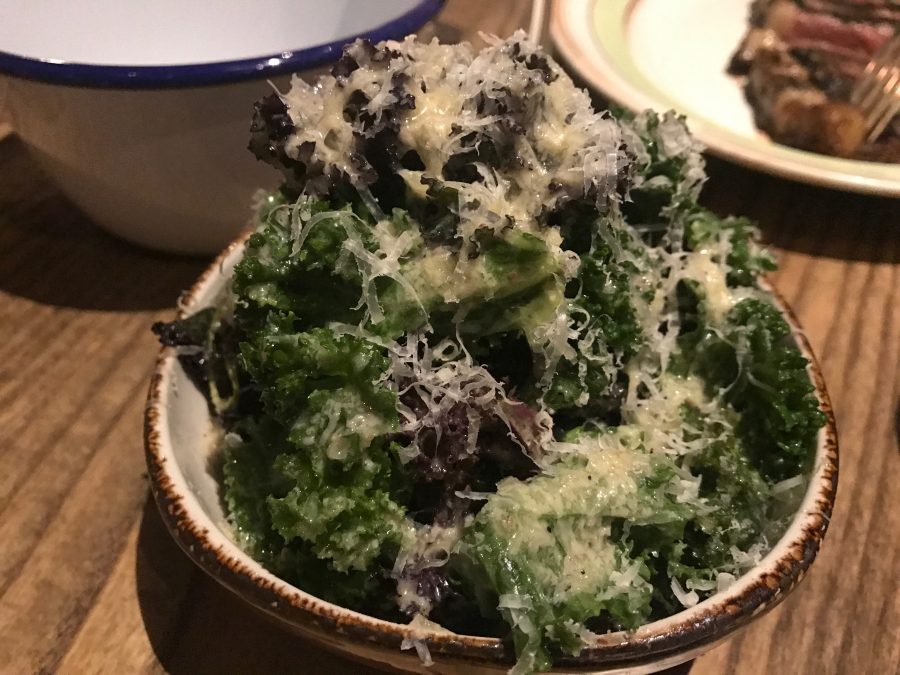 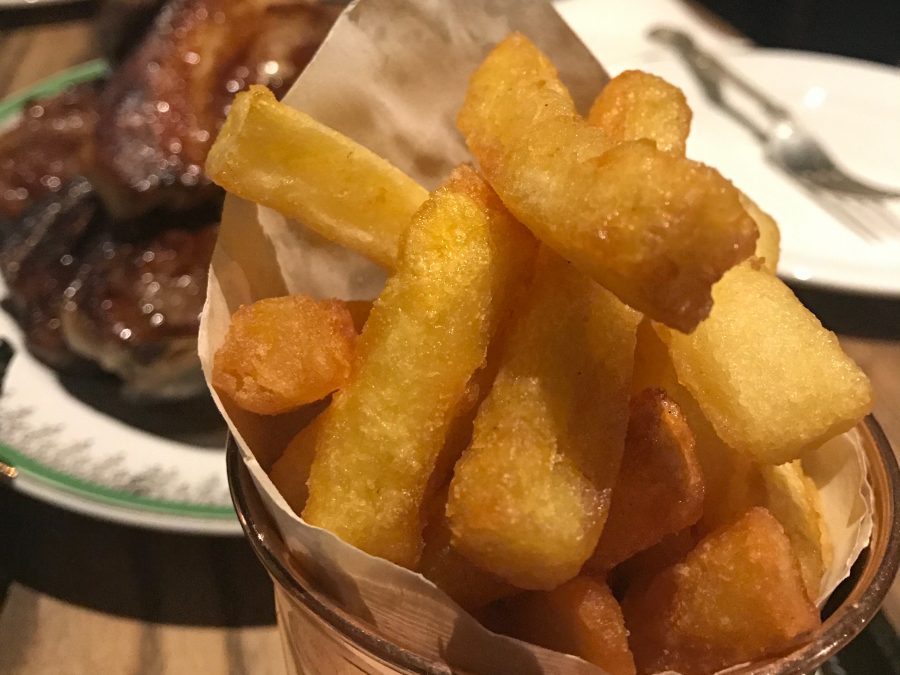 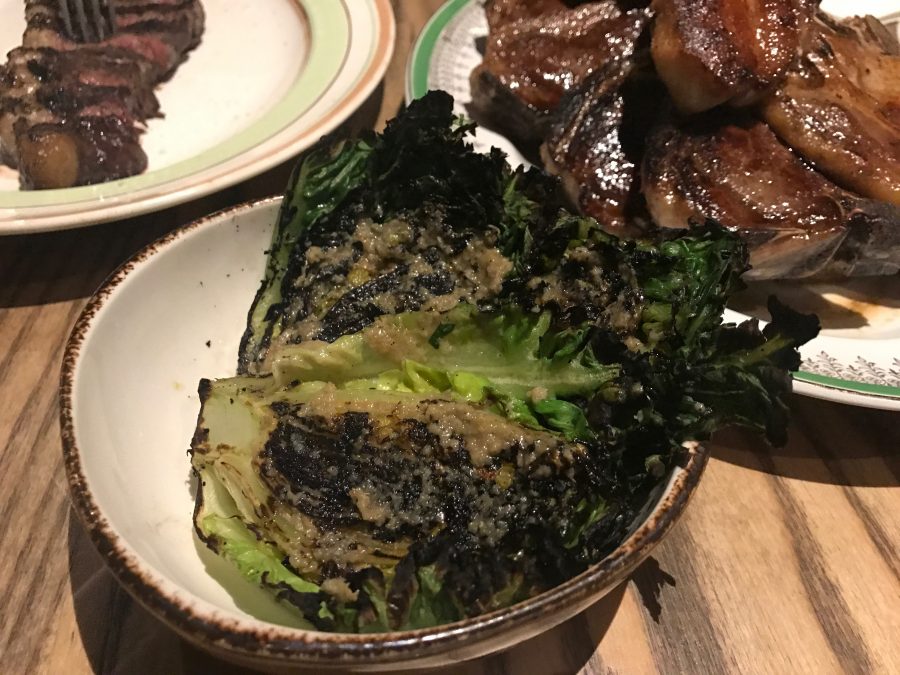 We also order the rump cap (Â£15) which is a long strip of thickly sliced beef served bright pink with a blackened crust. The layer of fat running across the top is both crisp and soft with flavour galore. 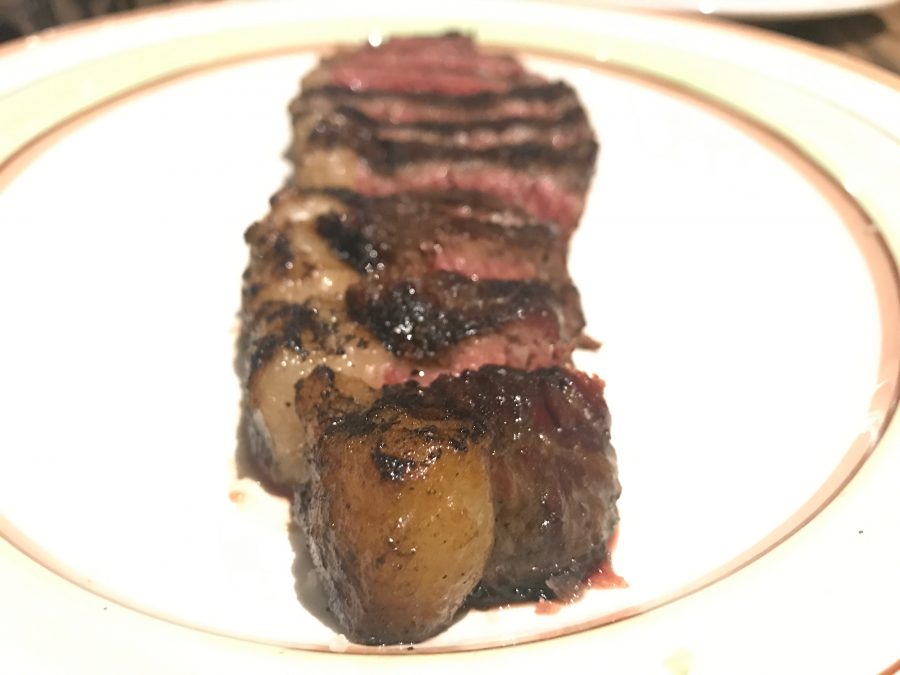 For dessert we order both the white chocolate cheesecake (Â£5), which is gargantuan in portion size yet light as anything, and the bread and butter pudding (Â£5) which has a noticeable glug of bourbon in it for extra comfort factor. 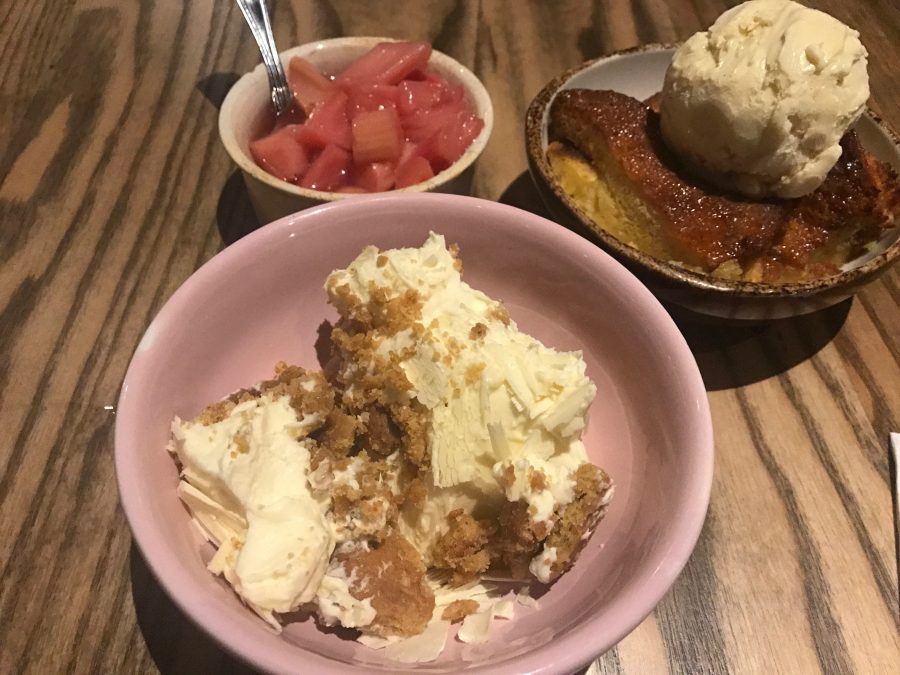 I was always going to like the new Blacklock, it’s just my kind of restaurant; it’s a meat lover’s dream and a vegetarian’s nightmare. But the best bit? This one takes reservations. Enjoy.

Theblacklock.com
We dined as guests of the restaurant