This is the second restaurant from the chaps behind Casse-Croûte on Bermondsey Street. It’s not far away from it either, just through the park opposite, right next to the tennis courts.

It sits in an old shed; a dark and creepy part of the park no one savoury would ever hang about in. But what a transformation. They’ve kept the original wooden beams and structure and added running water, heating and a kitchen; the result being one sexy looking restaurant. We’re seated up at the bar overlooking the rotisserie chickens. 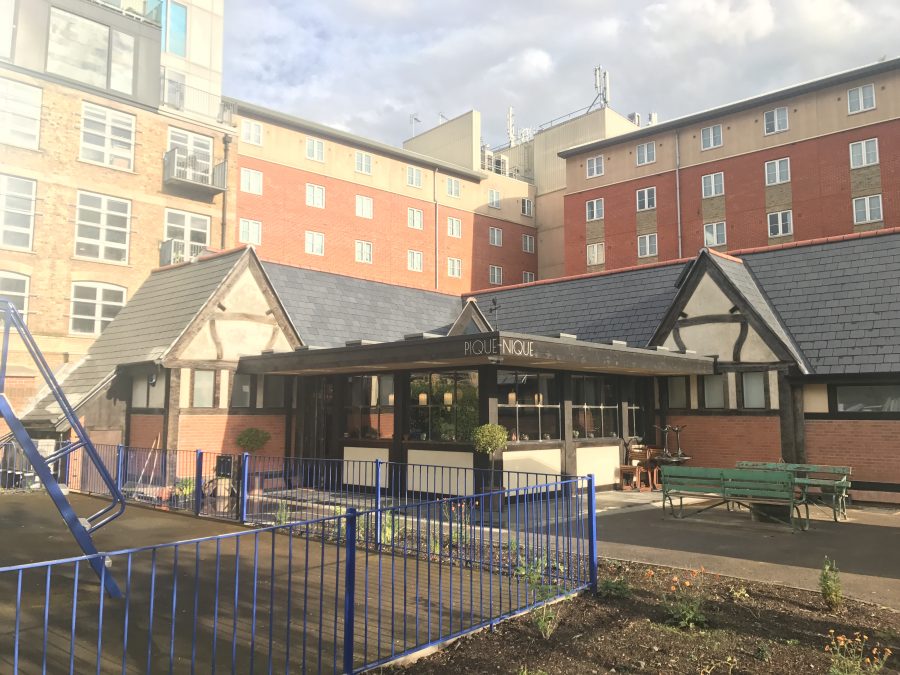 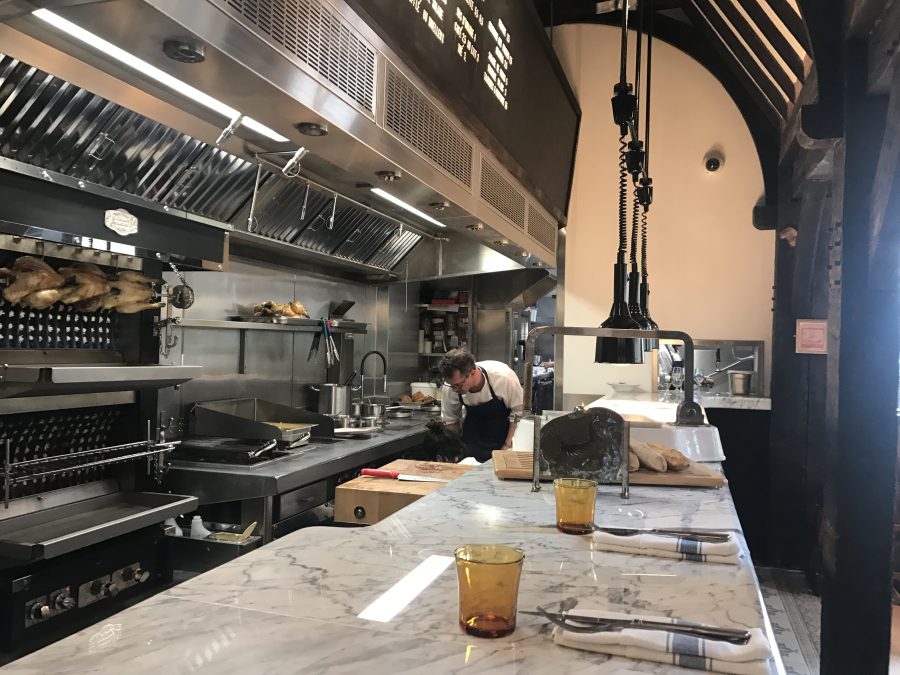 There’s a small a la carte menu, think steak frites and vol au vents. Instead, we go for the blackboard-written poule de bresse tasting menu (£38 per person) – that’s a type of chicken from France Mum.

We’re brought a tray of warm baguettes – told to take as many as we like – and some pate de foie. It’s decent bread and the pate is rich and gamey – it makes a nice change from bread and butter. A chicken croquette soon follows which has the soft and crunchy textures you long for with something deep fried. 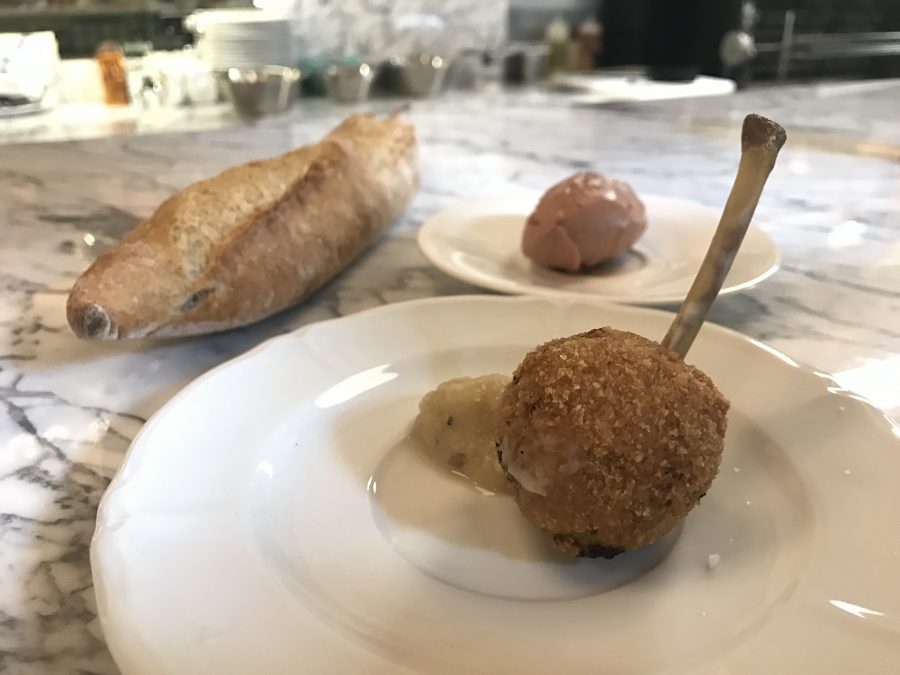 Next is a bowl of consommé – soothing and comforting. I’d like the flu so I could drink that and feel better again. The bowl is topped with a skewer of the chicken’s less lauded bits; the heart, gizzards, sweetbread and the little crest from its head. The idea being none of the bird goes to waste which is quite right. They’ve a chewy but not unpleasant texture. 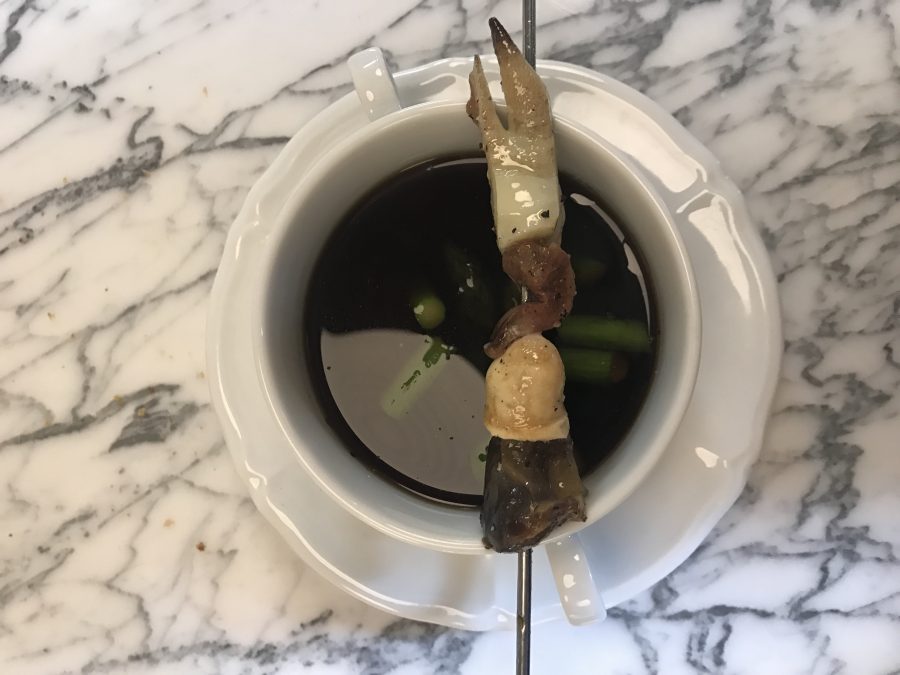 Next is the breast with mashed potato and morel sauce. Such a simple plate of food but one I would gladly eat ten times over. The mash is ludicrously creamy and the chicken has a flavour unlike that of your standard chick – you can tell it’s had a good life. 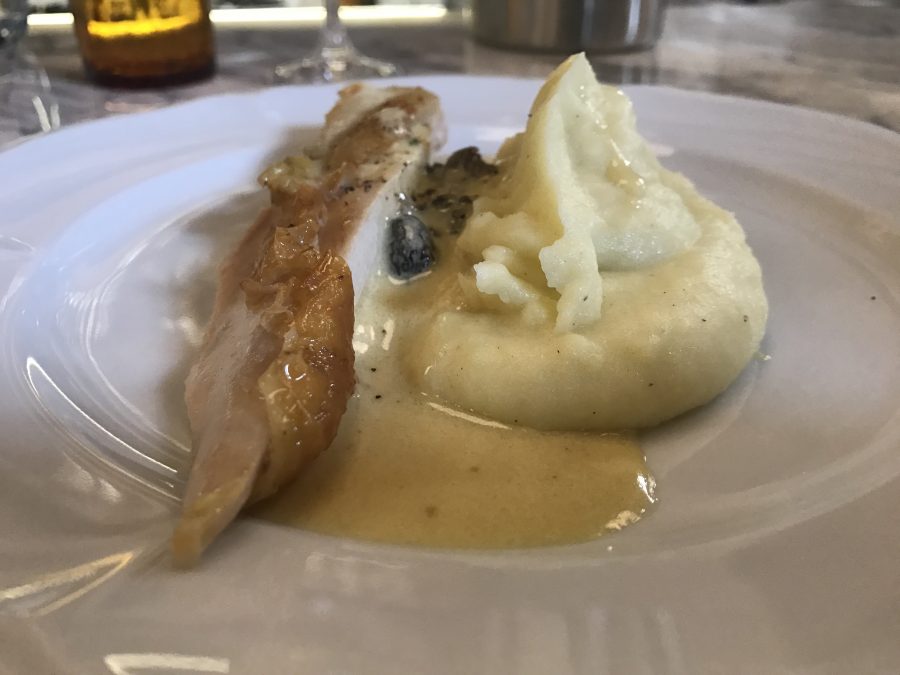 Final savoury course is the leg meat, deboned, with salad. Although I could have done with a punchier dressing to cut through the richness, the chicken leg, and puddle of gravy, had so much flavour it didn’t matter. The skin was crisp and all salty too – just how I like it. 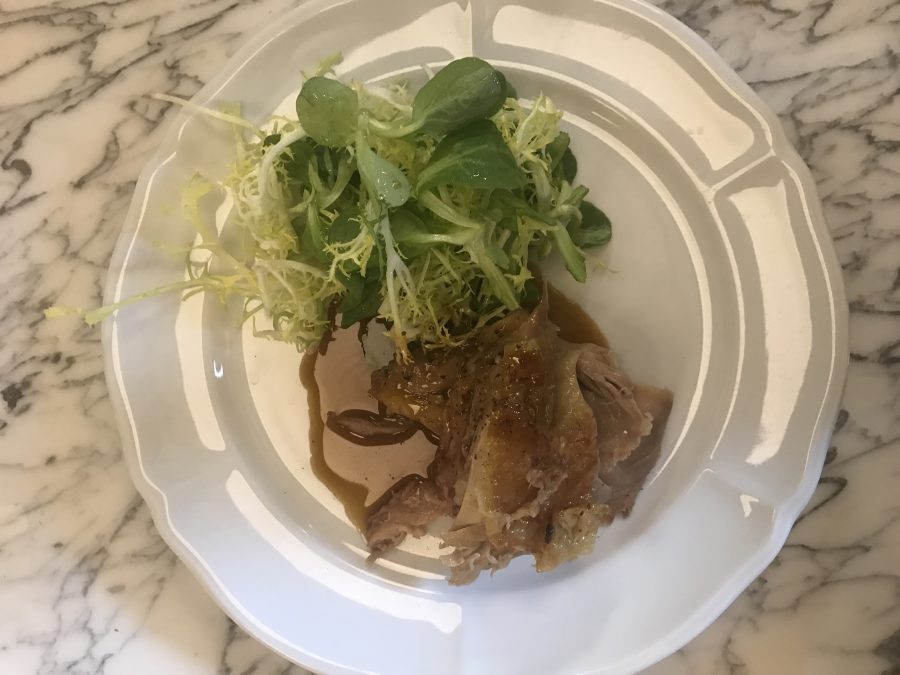 For dessert there are two options: blueberry soufflé or moelleux – we share both. A soufflé is something I always associate with Michelin-starred restaurants so it’s nice to see it here – and done beautifully too. It’s light and fluffy and tastes of actual blueberry which can’t be easy with something so delicate. The moelleux is a chocolate fondant with gloriously runny innards. Lick-your-plate-clean-worthy. 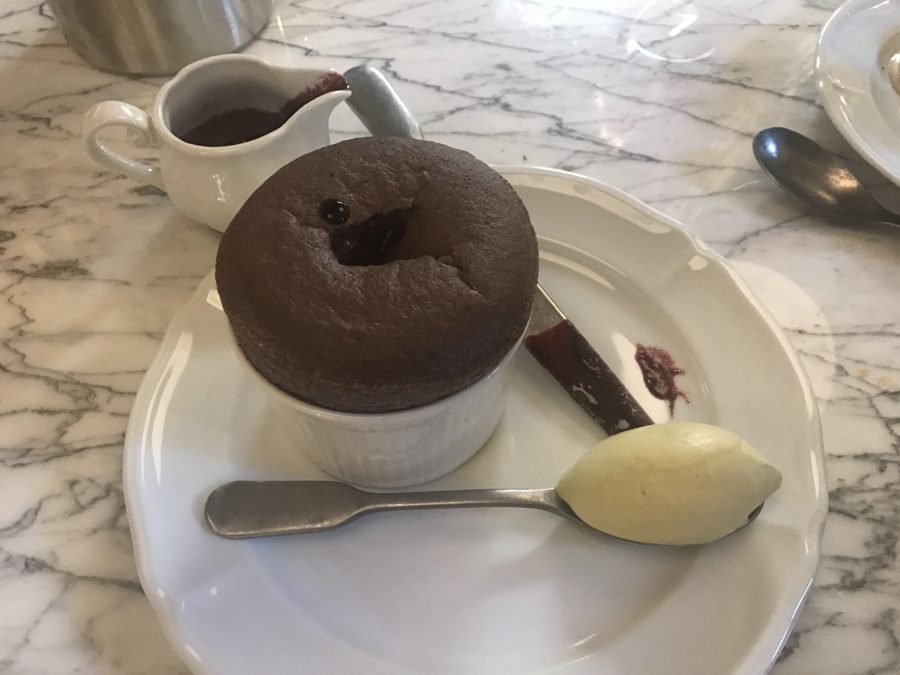 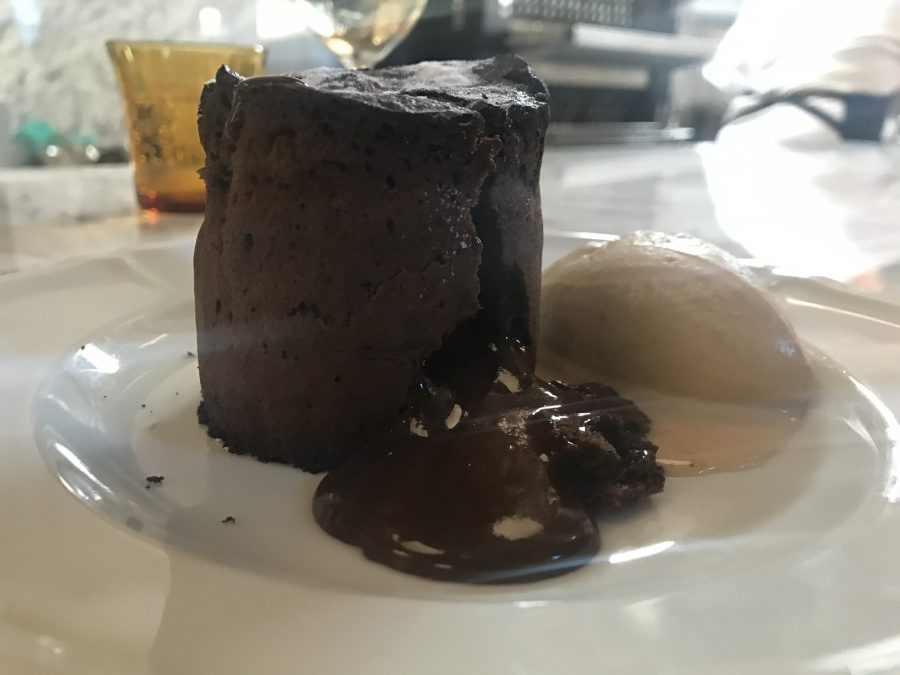 Sitting up at the bar, drinking Vermouth, watching the chef de-bone whole birds, eating food that tastes great and being served by people who seem to care about what they’re doing is exactly why I love going to restaurants. And it’s only day three of opening. Hats off to Pique-Nique – easily the best new opening I’ve been to in yonks.