I’m fan of the The Ned, it’s no lie (the Ned being the whopping great big gigantic huge hotel from Soho House in the City). Just like other big and brash ventures in London right now like Sexy Fish, Park Chinois and Isabel, they really get me going.

Arriving at The Ned’s foyer, which gives you 8 options of where to eat your dinner, what strikes us is how busy the place is. People continuously stream in the entire evening. 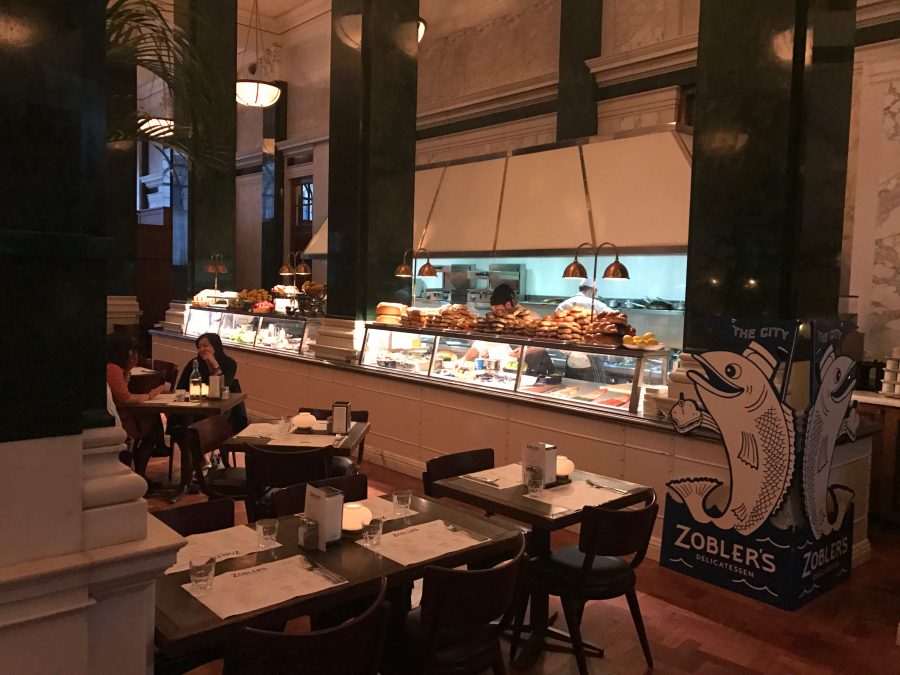 “It’s like the Selfridges food hall” says my pal, and he ain’t half wrong. But it’s so glamorous with it. There’s live music down the other end of the hall which echoes through in a soothing way. We sit at stools at the long marble counter, people watching – it’s perfect. 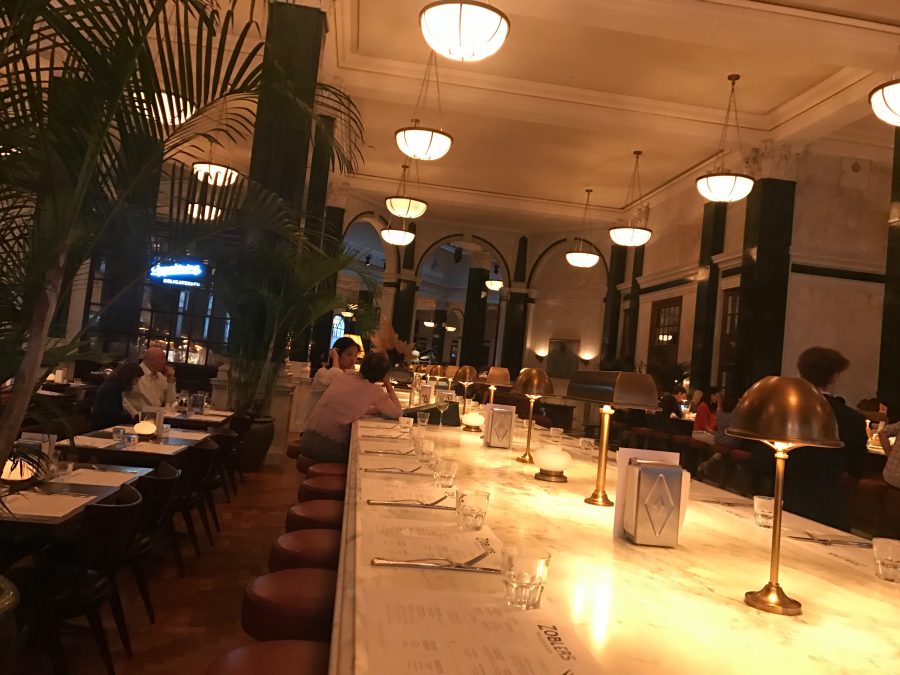 It’s a Jewish deli order at the counter jobby and the menu prices reflect that. We start with a smoked salmon solider (£5) which is a gorgeous concoction of crisp, fried bread, house smoked salmon, a punchy Dijonnaise and trout roe. Chicken liver toast (£4) comes with onions and chopped egg – it’s a touch small but at four quid you can order another one. 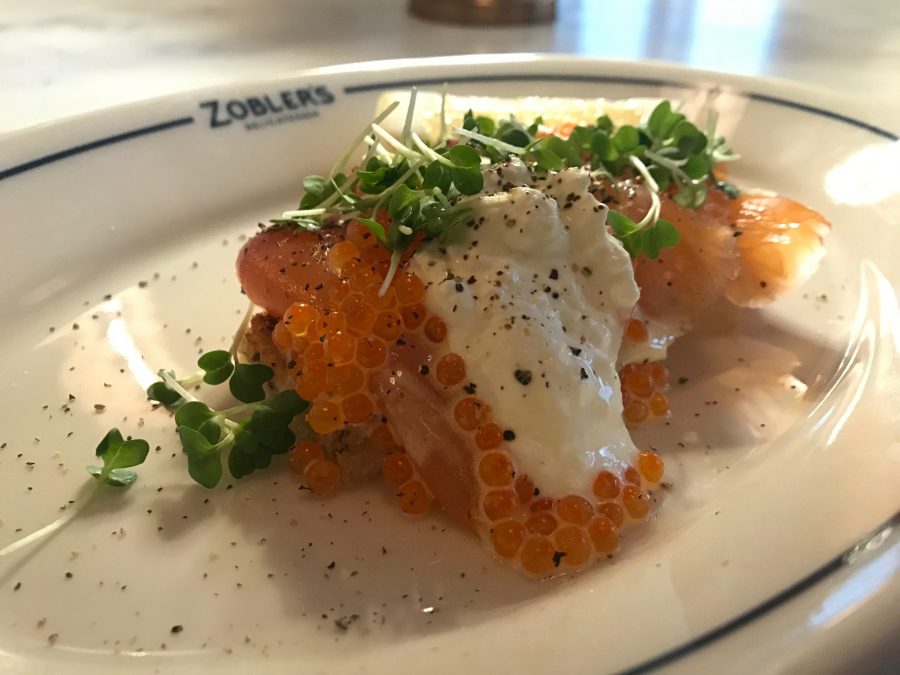 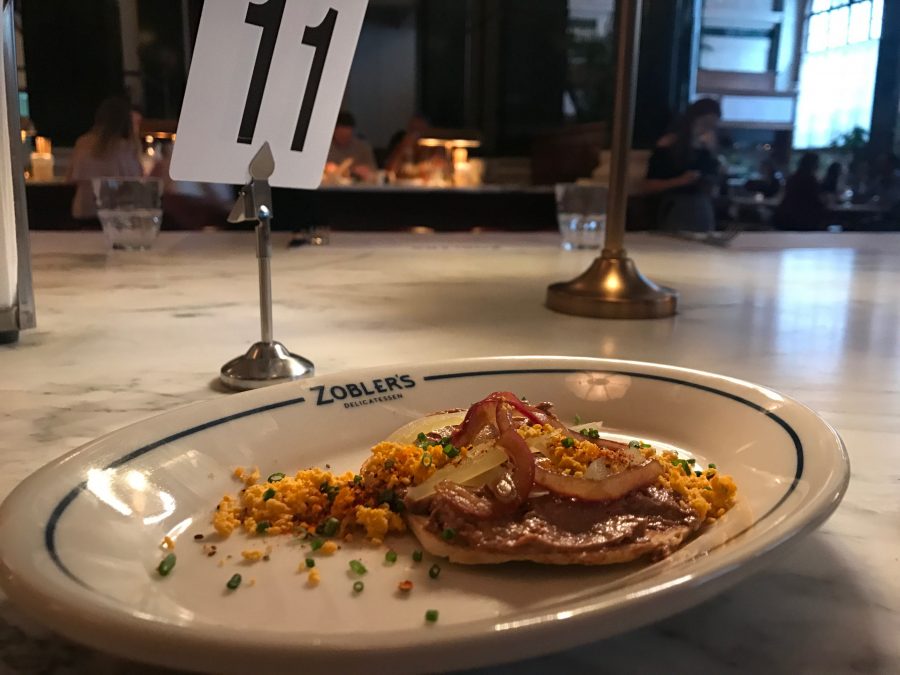 Matzo ball soup (£3) is so comforting I almost wish for an illness for it to cure. The light broth tastes every bit of chicken and the slices of celery and carrot and stodgy dumplings add texture. 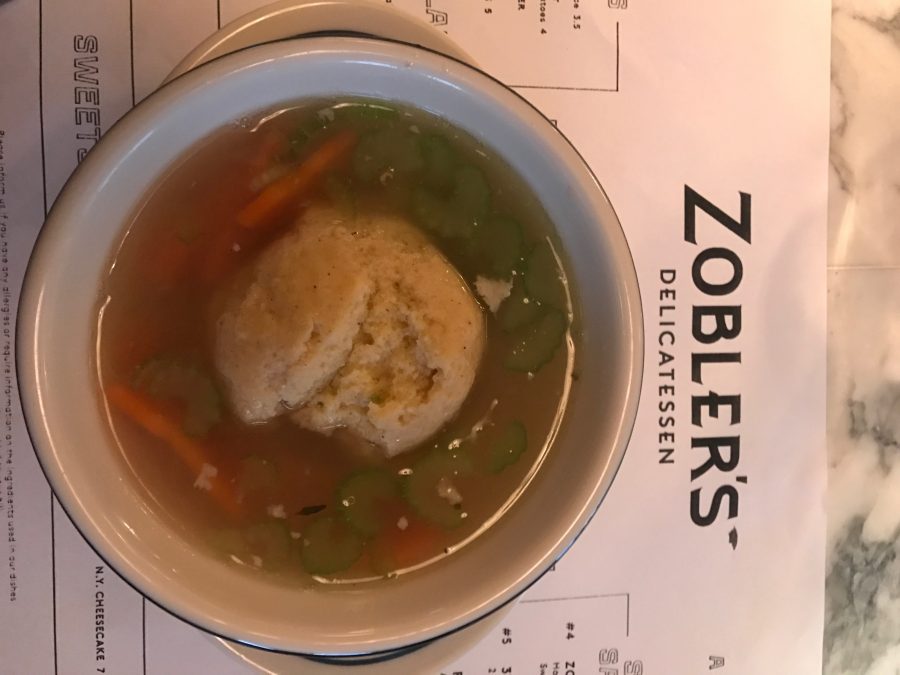 ‘The Beefeater Strikes Back’ (£12) is just the most perfect blend of flavours and textures. Crispy latkes – so crisp they’re chewy and oily and totally moreish – come topped with corned beef, caramelised onion, roast tomatoes and cheddar. To top it off; gravy. It’s my dream junk food. 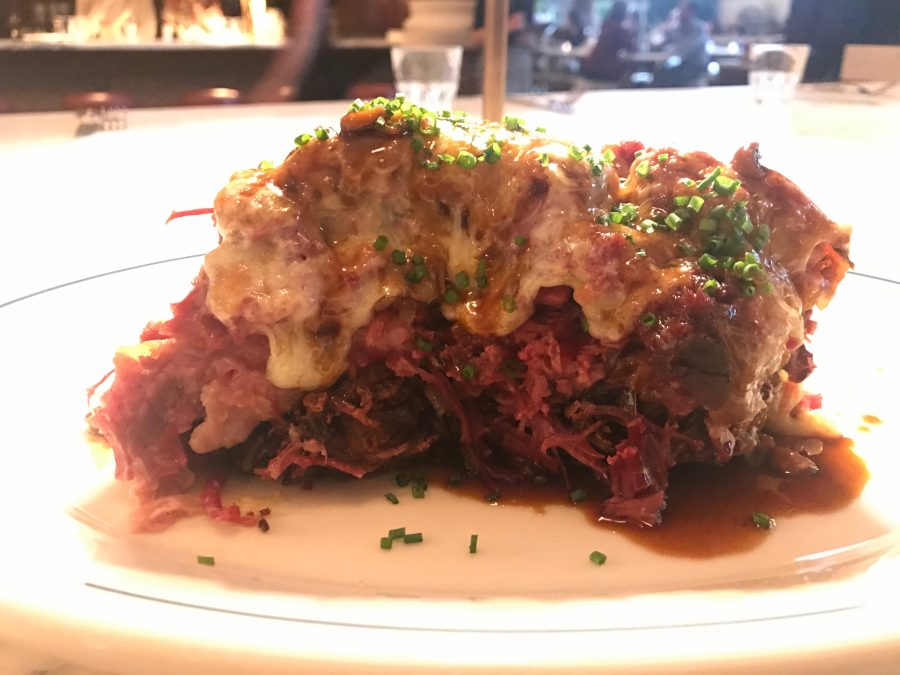 The Zobler’s Reuben (£8) features more of that corned beef (all done in-house) which has the perfect balance between soft meat and even softer fat. It’s also a manageable size – some of these sandwiches get so ludicrously big you can’t actually eat them like a sandwich. 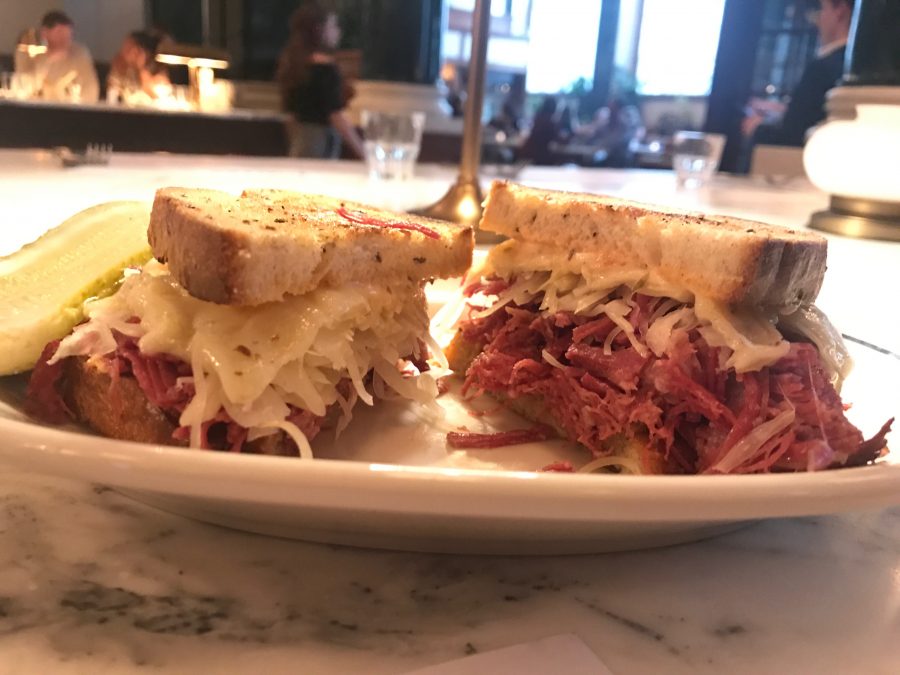 We also go for the Roumanian steak (£16) which sees thick chunks of skirt steak atop sour cream. The nature of the cut means it’s more chewy than your usual steak but the flavour, added to by the paprikash and shishito peppers, is divine. 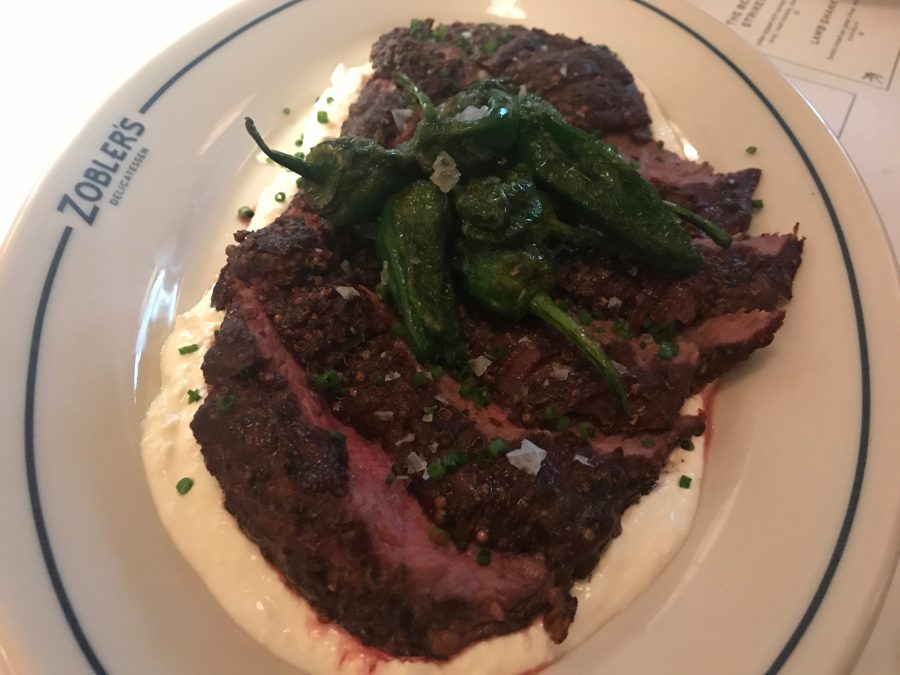 We finish with cheesecake (£7), which although light, and mahoosive in portion, is a bit meek and mild flavour-wise for me. I’d like it a bit creamier to offset the accompanying sharp cherries. 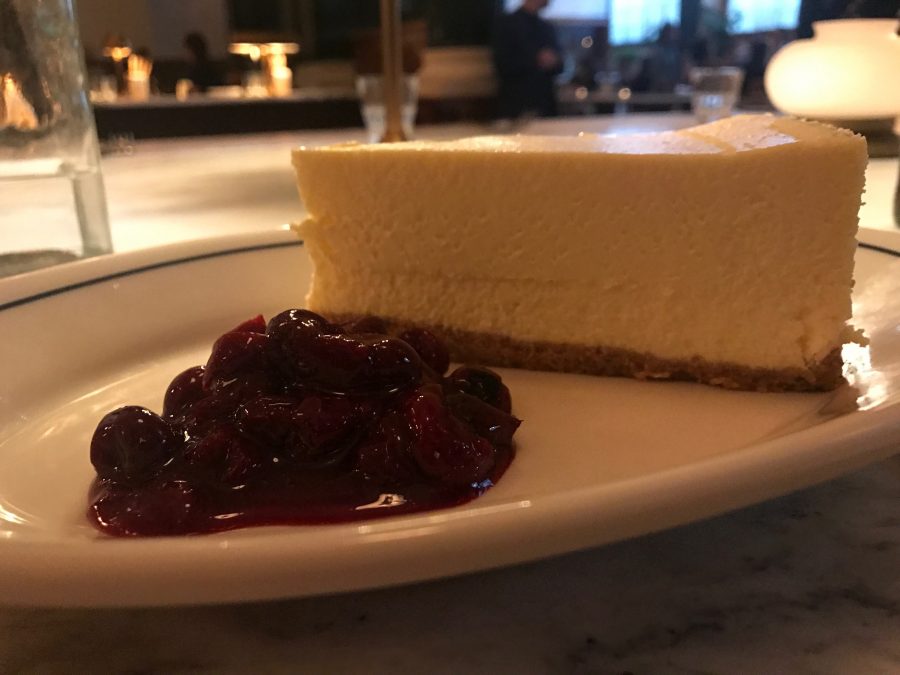 With Zobler’s being the cheaper offering at The Ned, I’d choose it if you’re wanting to visit on a budget. If you’re listening to live music, celeb spotting and eating chicken soup for £3, then life’s pretty good.

Thened.com
We dined as guests of the restaurant.