Before its guise as The Roof Deck, this space was home to a pop up by American chef Dan Barber who cooked a menu using food that would have otherwise gone in the bin somewhere along the food chain. It was an inventive and very clever concept and you can read more about that here.

The space, now run by restaurateur Des McDonald, on the roof of Selfridges has been transformed into a Californian inspired restaurant called The Roof Deck.

The dining room is long and narrow with an open kitchen at one end and a bar at the other. If you’re lucky enough for sun the ceiling and walls are retractable making it quit the sun trap. It’s cold and blowy on our visit though which is typical.

Not feeling overly hungry we share a starter of steamed asparagus with spiced brown shrimp and samphire (£13.50). There’s plenty to fill the two of us, the spears are chunky, well-trimmed and only lightly steamed so they retain texture. There’s a potted-shrimp-like flavour to the sauce which is just heavenly. 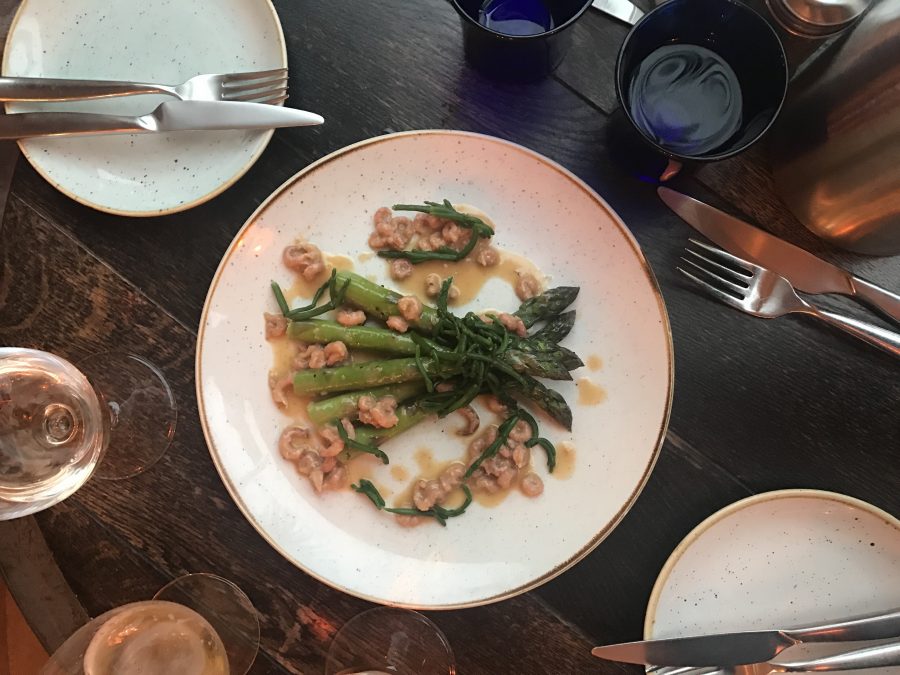 For main, prawns a la plancha (£18) are also generous in quantity. They could be less cooked for me – the juices from the head have gone dry which seems a waste of so much flavour. The accompanying blistered corn and pomegranate are both a sweet and refreshing addition. 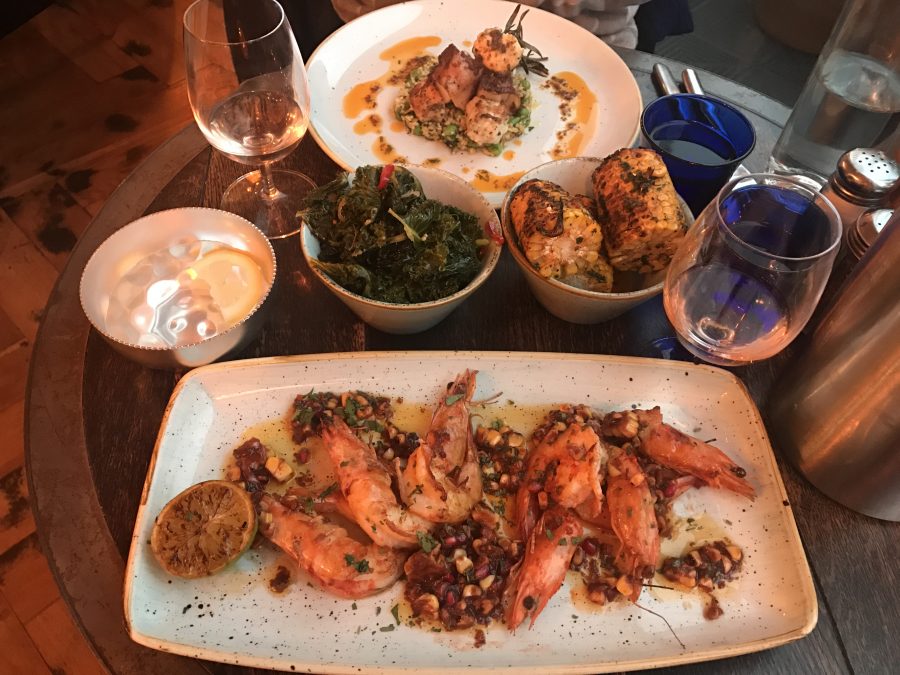 Charred monkfish (£27) is a real treat as it comes with scallops and bacon. Indulgence indeed. Here the fish is cooked perfectly with enough meaty bounce while the habanero dressing provides an added kick.

Feeling healthy we go for sides of pickled kale (£4) which is not for the faint hearted, it delivers quite a pickly pong, and corn on the cob (£5) slathered in paprika butter, which is lush.

Now, I know what you’re thinking: “avocado and pistachio ice cream sandwich (£7.75) is a ludicrous dessert”. Well it does sound a bit mental but it really works. The avocado is subtle but present and adds to the creaminess. The sandwich part is basically a macaroon, all chewy and gooey, which is a winner for me. 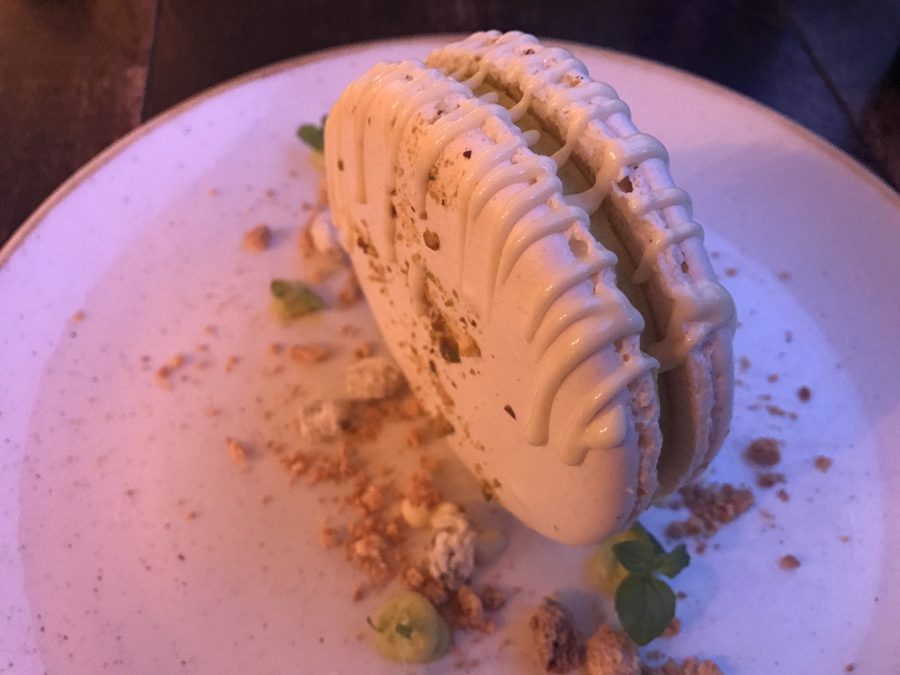 Service is really enthusiastic and matches the atmosphere – chilled. I imagine with the roof down it’s an exciting place to be. But for now, as the rain sets in, head to the roof for a taste of the summer we just had.

Selfridges.com
We dined as guests of the restaurant