I’m a fan of pie and mash it has to be said. I’ve had my fair share of them too, from Castle’s in Camden to F Cooke on Broadway Market to Goddards at Greenwich. The best in town? It has to be M. Manze on Tower Bridge Road, SE1. 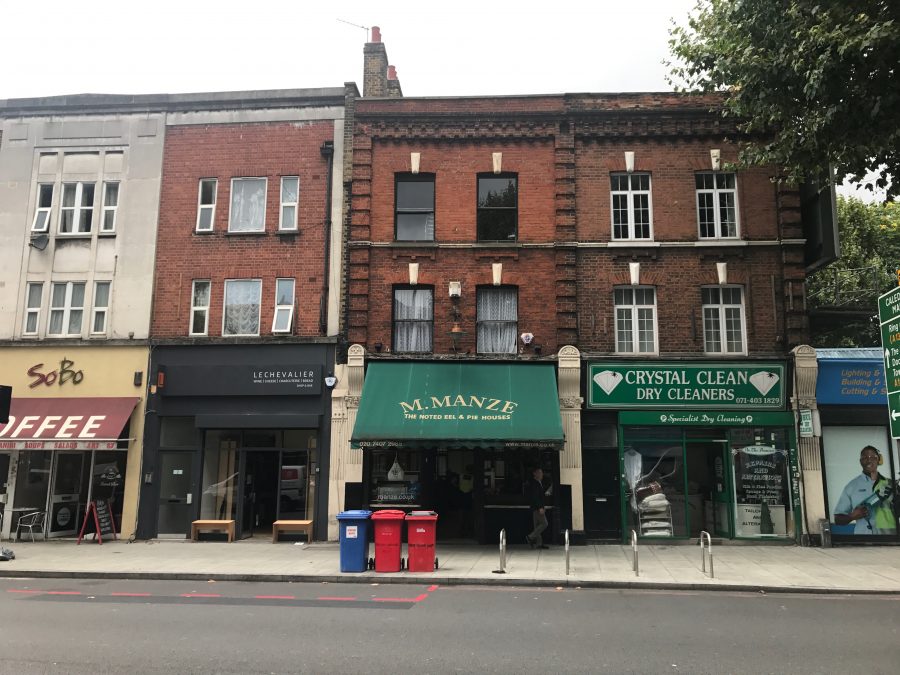 It’s old school through and through. The all-girl brigade spend as much time smoking two doors down as they do serving pies. It’s all ‘babe’ this and ‘hun’ that. I sit on the wooden bench, at the marble table, watching builders shamelessly flirt with them. It’s the best people watching I’ve done in yonks. 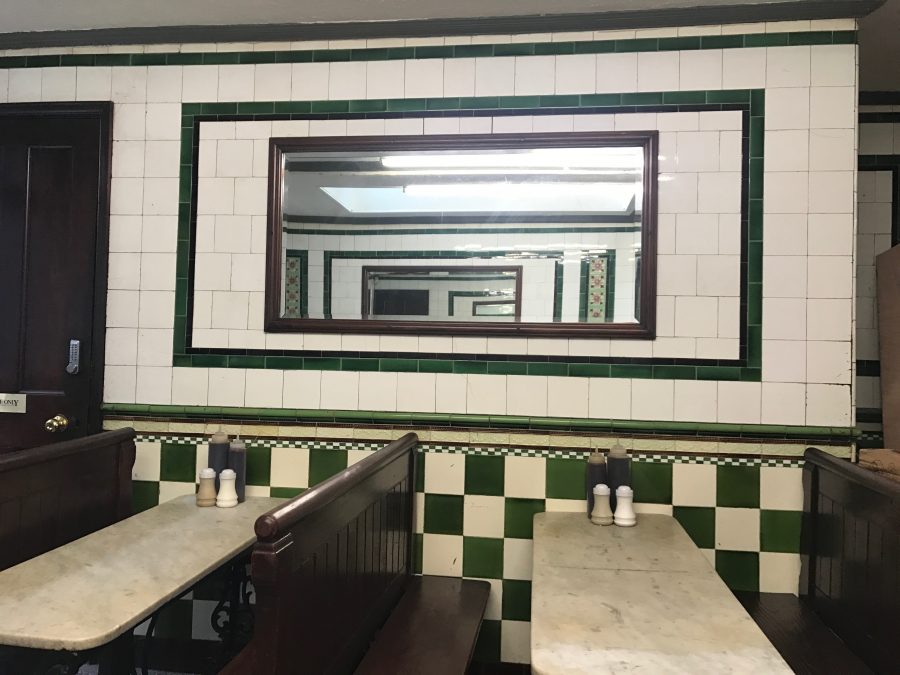 My order, which never deviates, is a ‘double, single’ (£5.50), a plate of 1 portion of mash and two pies all drenched in liquor. The mash is clumpy sure, but it’s certainly not lumpy which you find in other pie and mash shops. 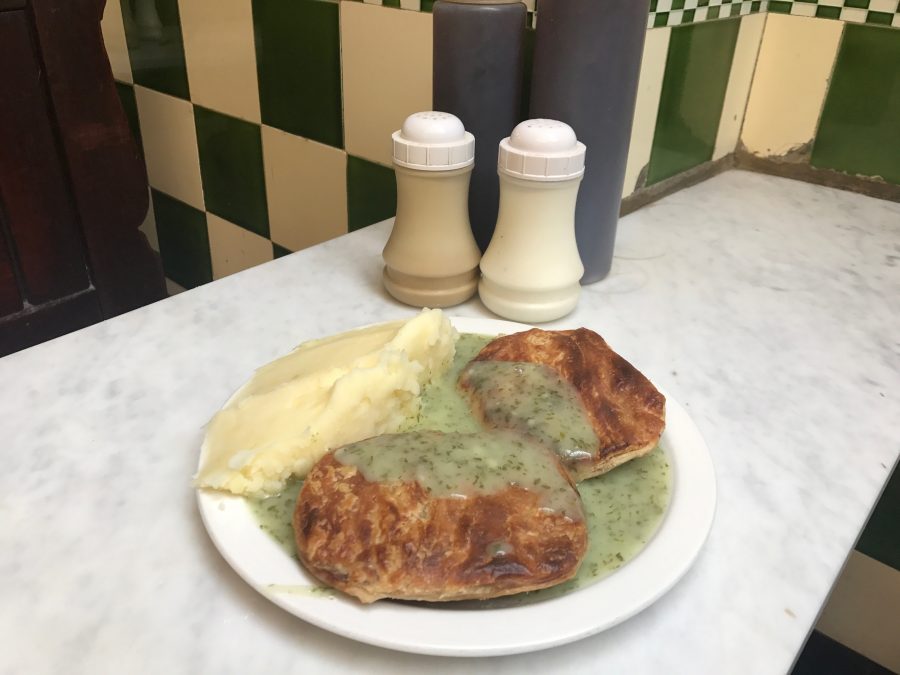 The vibrantly green sauce is plentiful and looks particularly pretty against the backdrop of the battered green tiles. The colour comes from parsley, the sauce apparently used to be made using the leftover eel cooking liquor, although that’s not the case anymore.

What makes the pies particular moreish here is their crisp pastry lid. They’re paratha-esque with a just enough grease to cut through any hangover known to man. Inside is rich beef mince in a light gravy. Throw on some salt and a good glug of chilli vinegar and it’s a good’en.

I always dream of finishing with a jam roly poly and custard but I’m always too full. Maybe next time. I just hope with rising rents and rates and gentrification, we don’t lose this little beauty, as London would be worse off without it.