Homeslice is the third restaurant to open in the new Bloomberg building just round the corner from The Ned. It’s making the area quite a foodie spot with Caravan and Vinoteca already open while Bleecker, Koya Bar, an Indian pub concept from JKS Restaurants and a rumoured A. Wong are soon to follow. 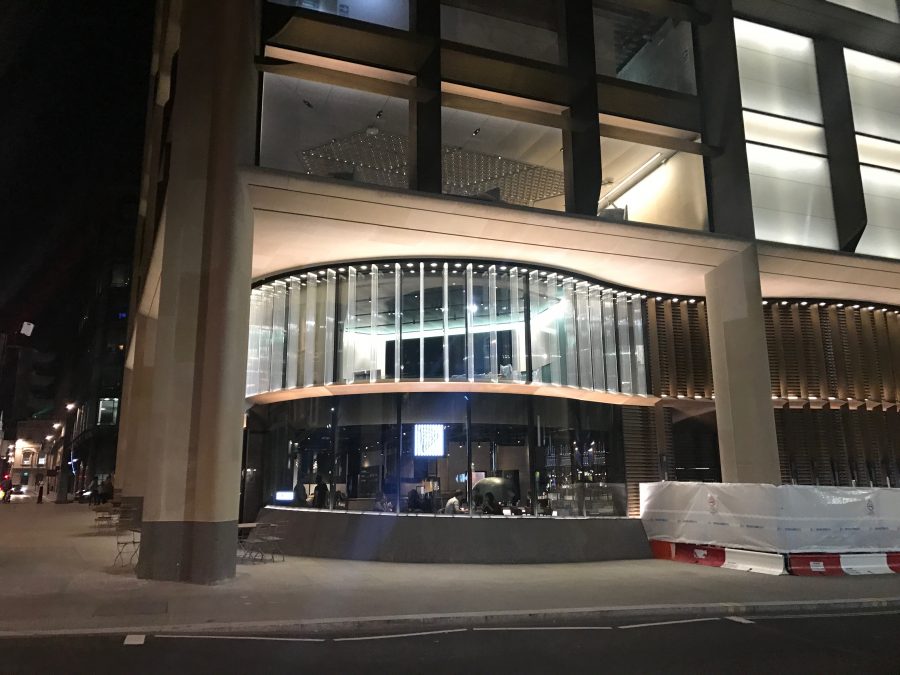 For those unfamiliar, Homeslice is a pizza restaurant by Mark Wogan, son of the wonderful Terry Wogan. This is its fourth outpost, their fifth to be at White City in the new year. They serve pizza by the slice or 20 inch whole ones and they’re bloomin’ lovely.

The space here is fairly basic. There’s an industrial feel with an exposed ceiling and an open kitchen with a whopping pizza oven taking centre stage. There are no starters, no desserts, just pizza. 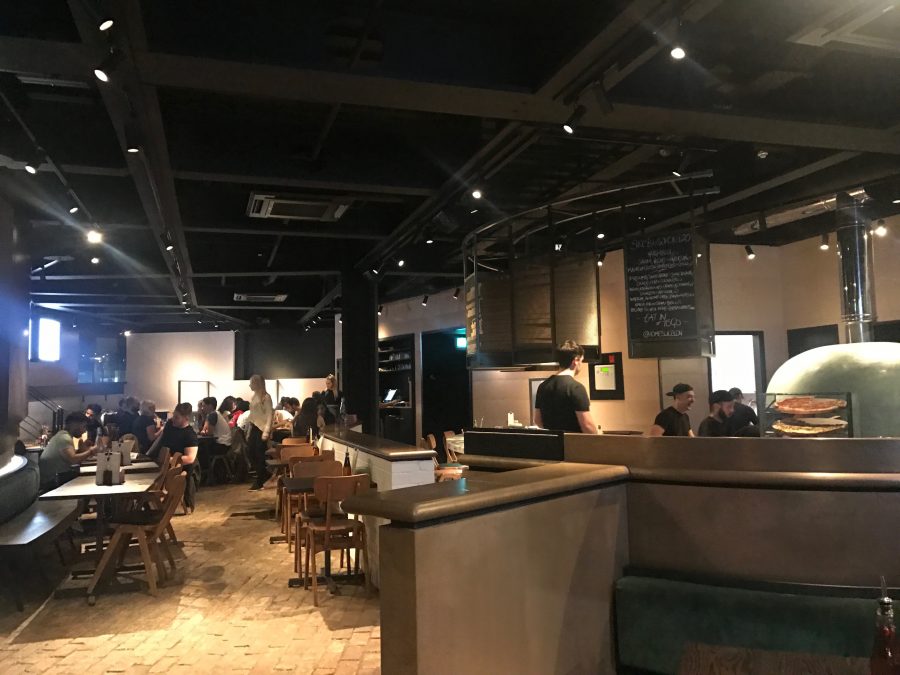 We go for 20 inches (Â£20). Half BBQ beef brisket with pickled carrot and celery, half kimchi with porcini cream and basil. The latter is their first vegan offering and the lack of meat is most pleasurable. The kimchi is both tangy and mildly spicy while the mushroom cream adds some richness. You might wonder how vegan it all is – kimchi made with salted fish and porcini cream made with, well cream – but I’m assured it 100% is. A cheese-less pizza strangely works. 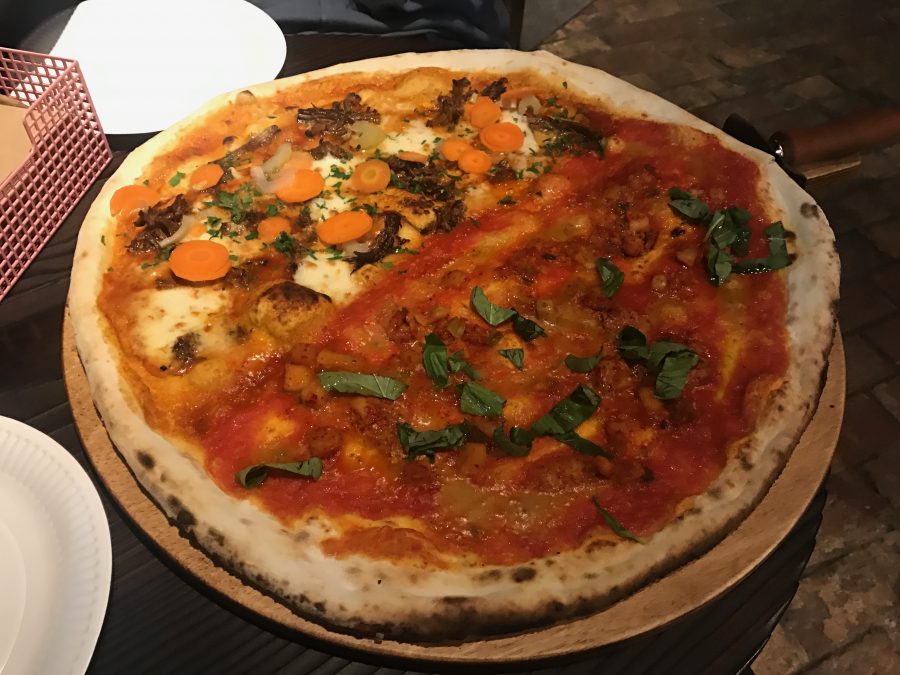 The other half is a carnivore’s dream. Shredded beef brisket is soft and fatty, coated in a rich sticky sauce. Thin discs of carrot offer both texture and freshness to cut through all the fat. The crusts are light and fluffy – douse them in the fiery chill oil (which causes an instant sweat-on) and you’ll be happy. The giant pizza is quite a spectacle too, barely fitting on the tiny table.

We wash it all down with a Basil and White Port Sour, which is a decent cocktail if ever there was one, and go on our merry way. It would be hard to dislike anything about Homeslice really – if you like pizza served with a friendly smile you’re in for a treat.

Homeslicepizza.co.uk
We dined as guests of the restaurant