Ynyshir (pronounced ‘Un-Is-Hear’) is a restaurant with rooms in Ynyshir, Wales from couple Gareth Ward and Amelia Dora who took the reigns after the original owner died back in 2016. It holds a Michelin star – although after dinner I’m surprised it doesn’t have two. 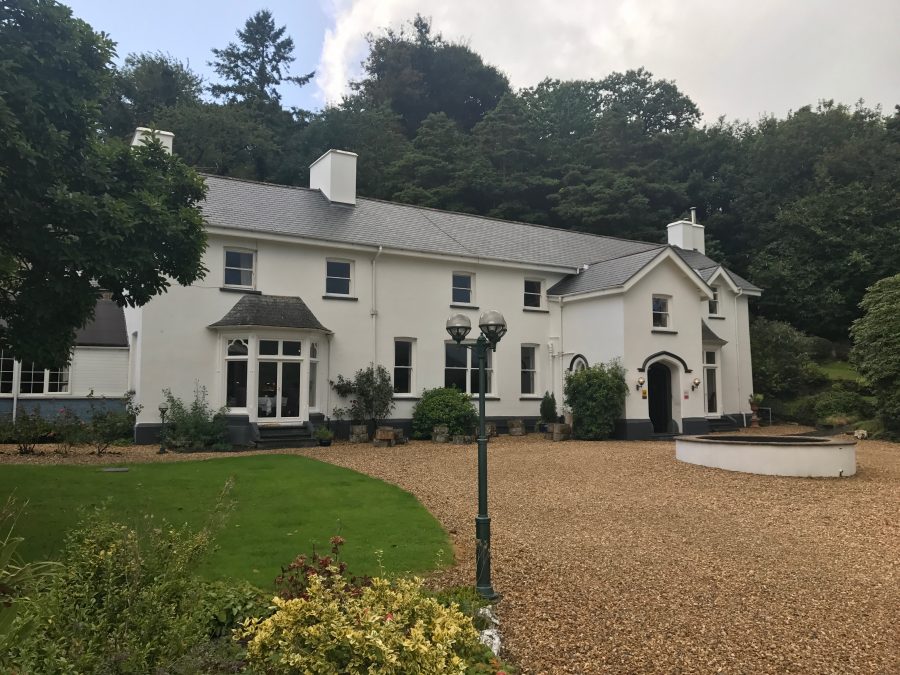 The bedrooms in the main house have upgrades and modernisation in the planning – although we find our room, Renoir, with its antique furniture, blue carpet atop creaky floorboards and views overlooking the stunning grounds, utterly charming. Sticky palmier biscuits are left on the tea tray which is a most welcome treat indeed. 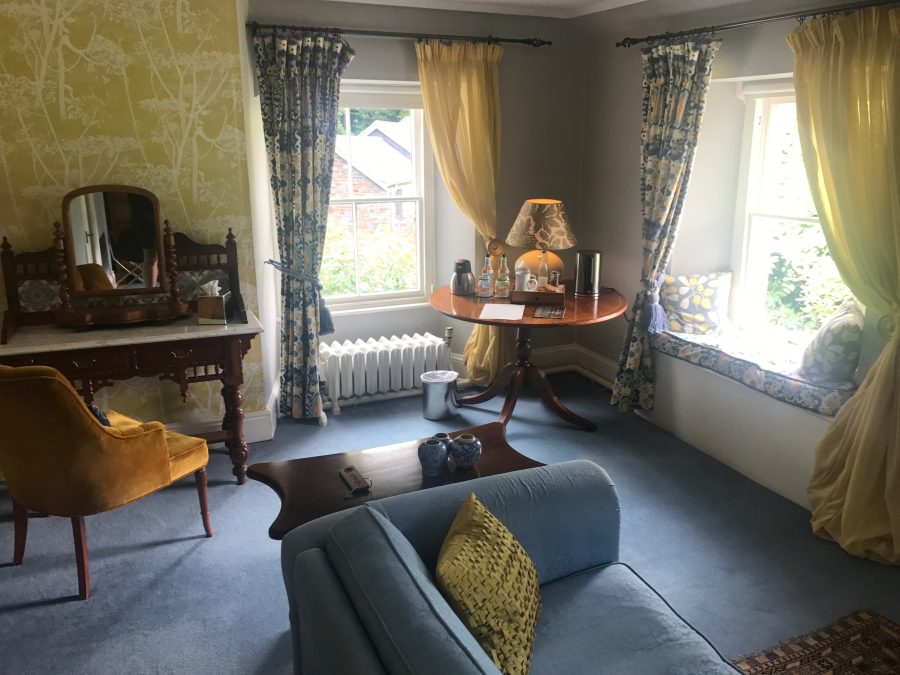 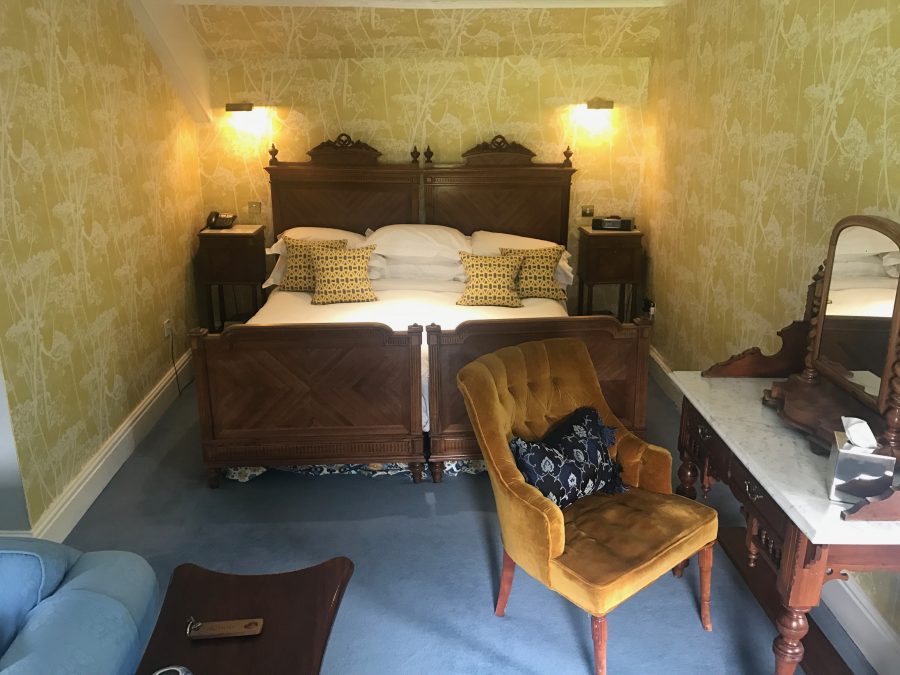 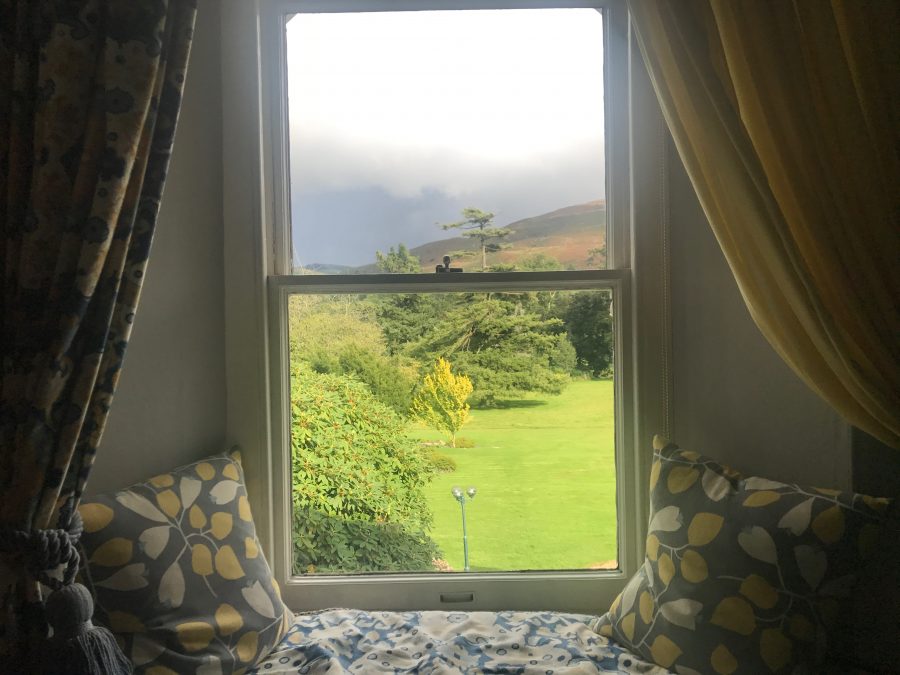 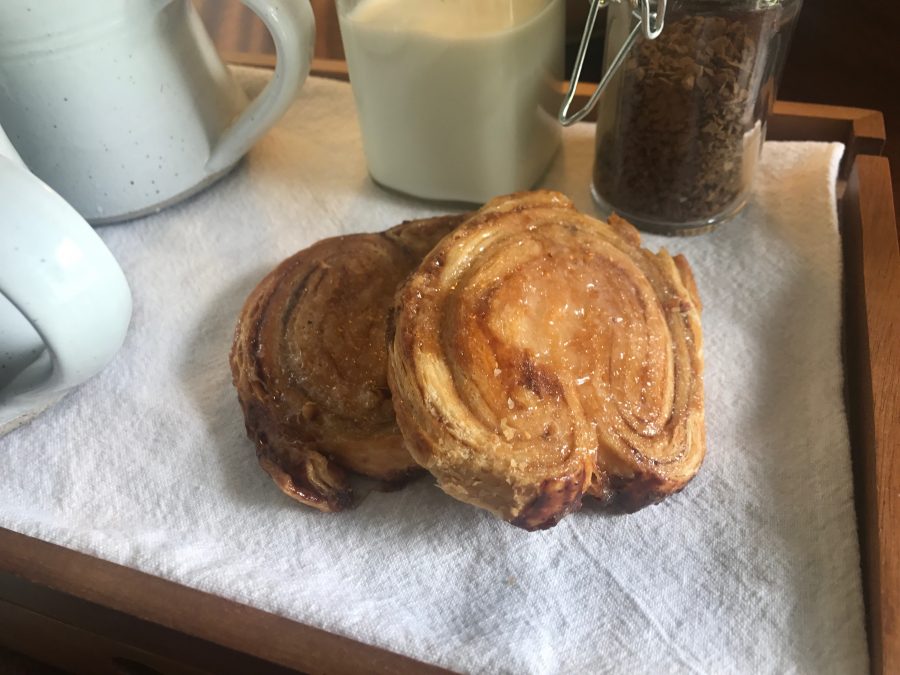 We take the receptionist’s advice on where to walk and “just wander”. What a wander it is. A short 15 minute stroll gets us to an RSPB wildlife reserve. Lakes, forest, swamps, streams, rolling countryside – a reminder just how beautiful Wales really is. 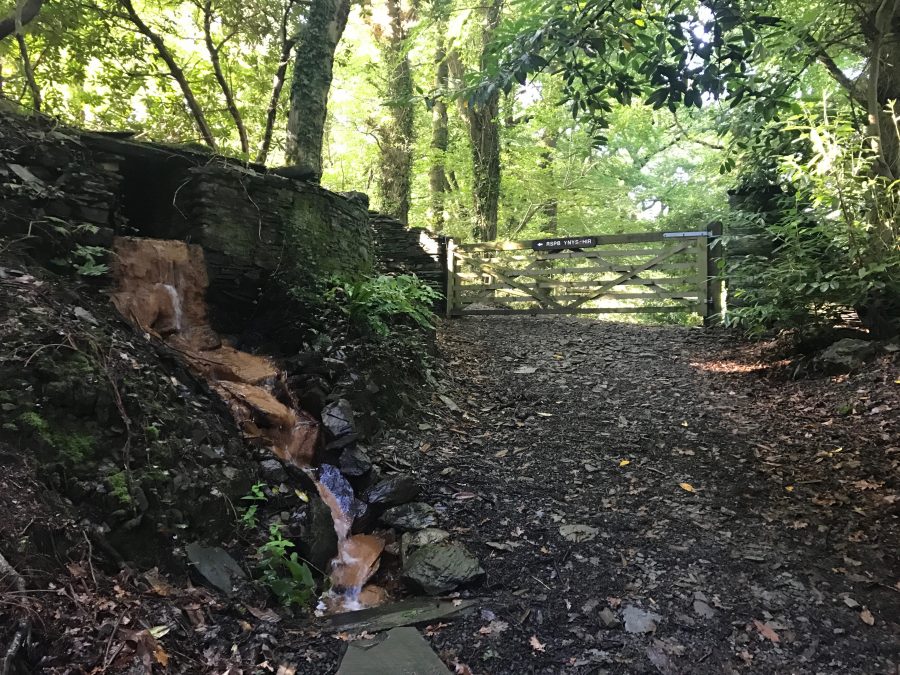 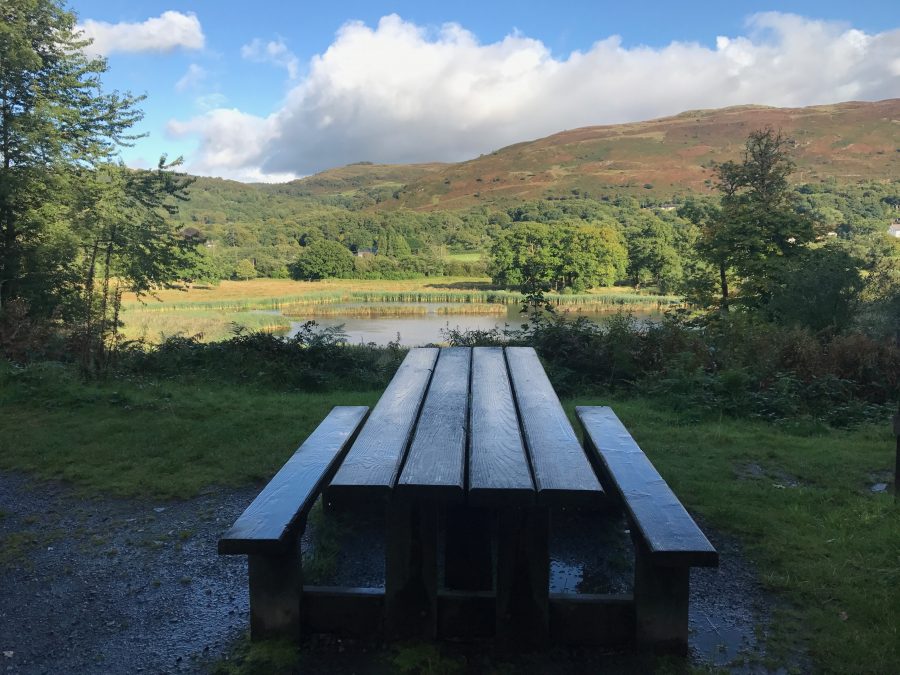 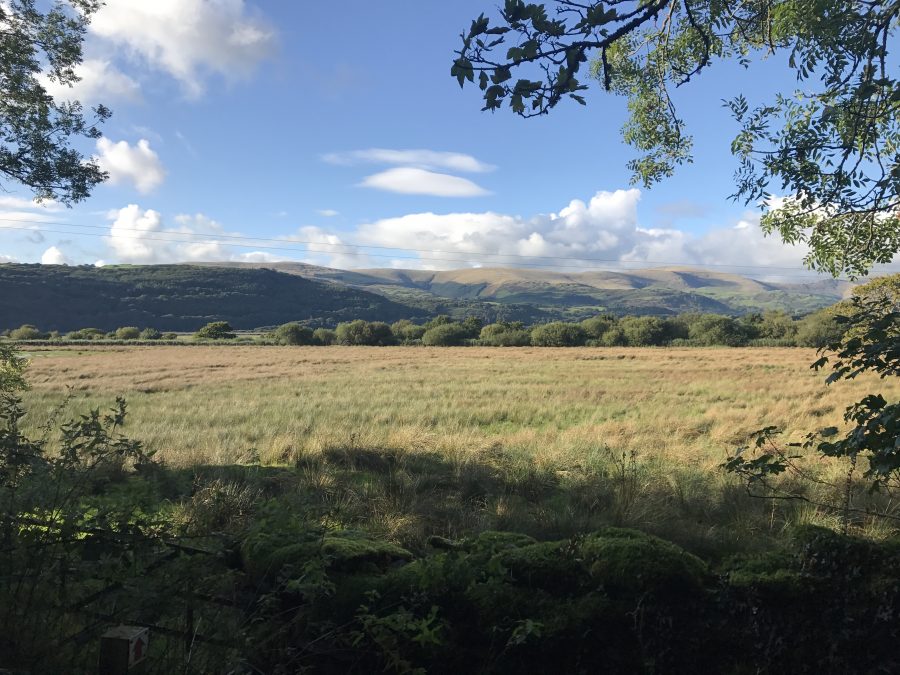 The dining room is only small with a fairly hushed atmosphere but the open kitchen and music playing from an old record player sets the right tone. There are white tablecloths but it doesn’t feel stuffy. 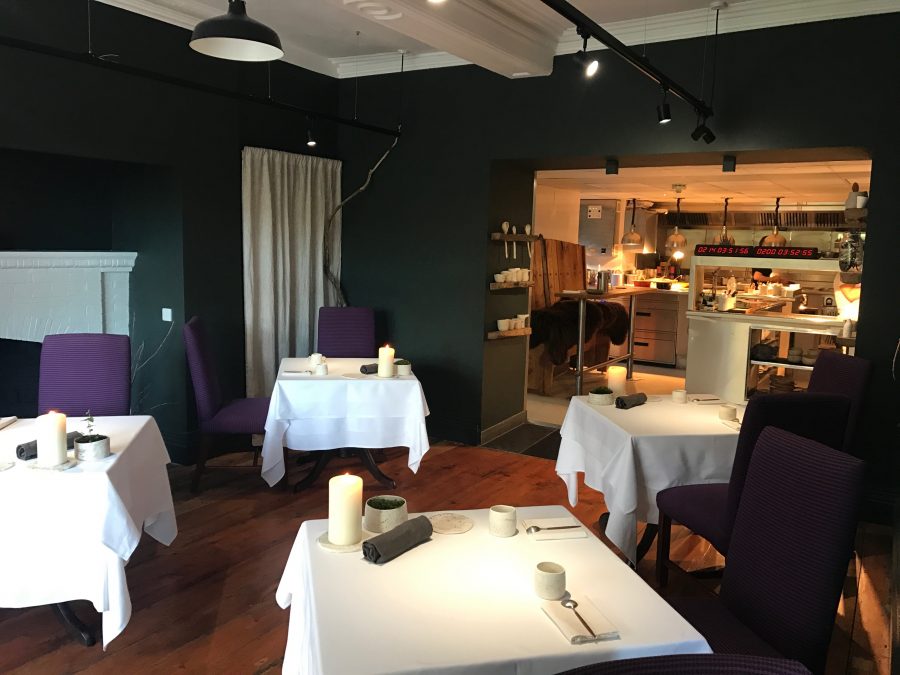 There’s the option of two tasting menus priced at £110 per person for 17 courses – both read particularly well. Dishes are served in a similar fashion; by the chefs who then spoon a small amount of sauce over one or two mouthfuls of glorious food. Although formulaic, the repetition doesn’t get boring.

A ‘Not French Onion Soup’ kicks things off, which has all the comfort factor and flavour of a steaming hot bowl of the stuff but in a clear broth with a vibrantly green onion oil. 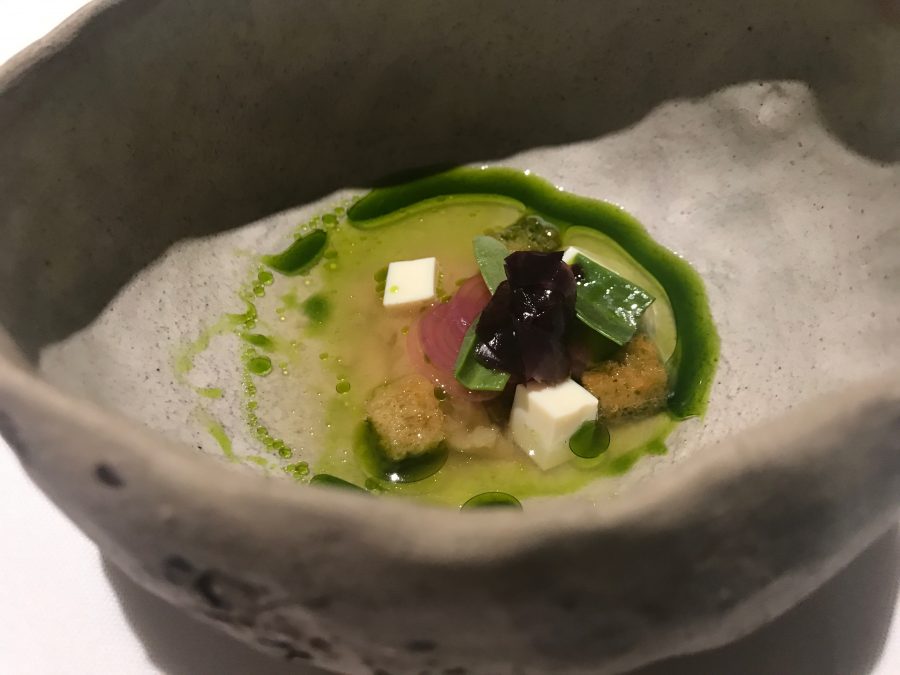 A wedge of Aylesbury duck comes from a coastal town in South West Wales called Fishguard. It’s a prime example of Gareth’s dedication to sourcing the best possible produce from the surrounding area. We eat it with tweezers which is fun. 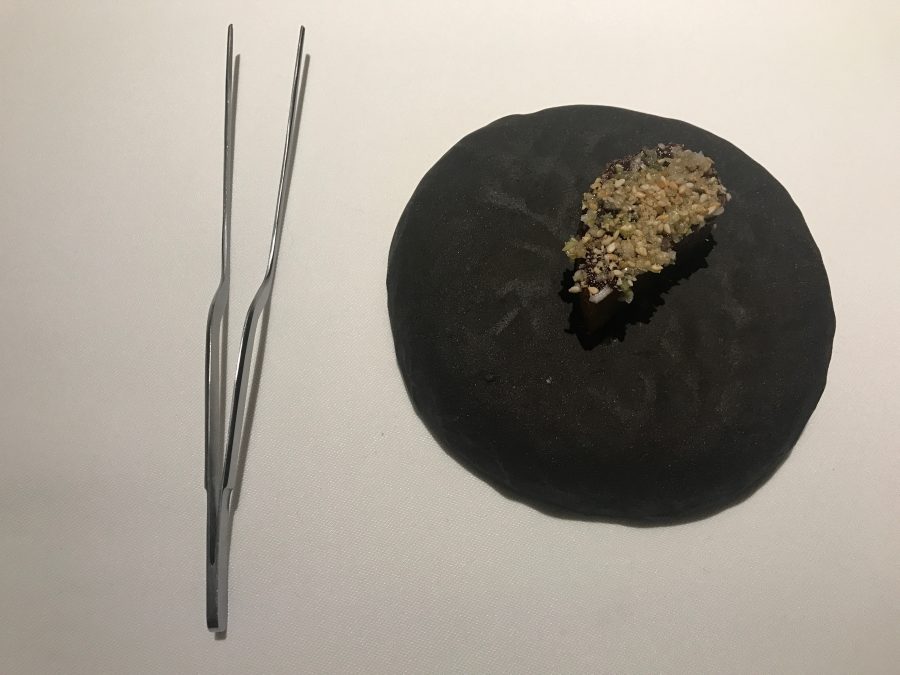 Some pairings are simple: mackerel with tart blackberry, crab with sweetcorn, pork belly with cherries saved from last year. Others dishes concentrate on one flavour; a bowl of Isle of White tomatoes is like a tomatoey hug. It reminds me of the tomatoes on toast my Mum would always make me as child. 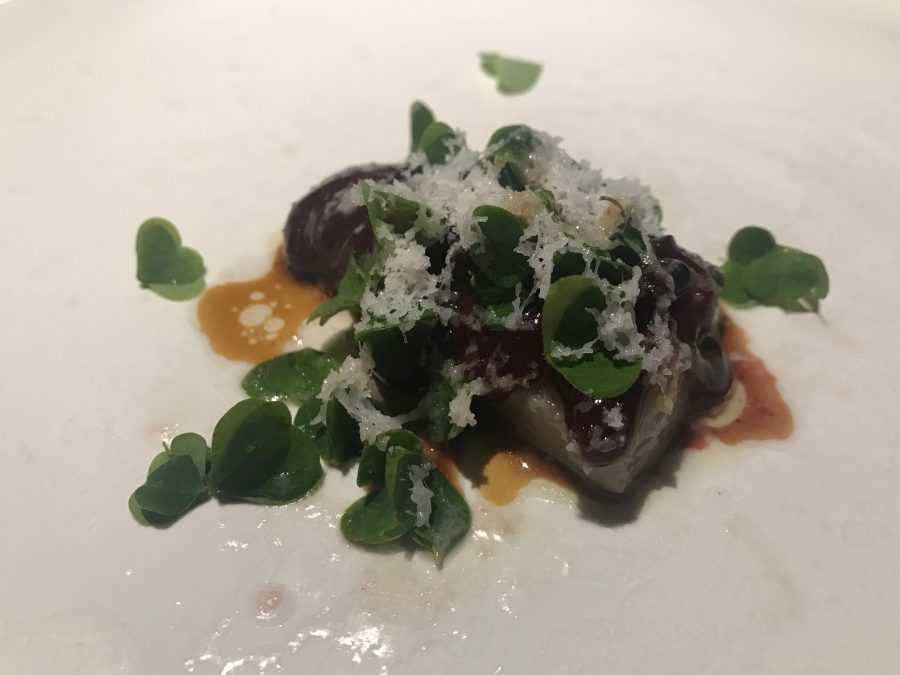 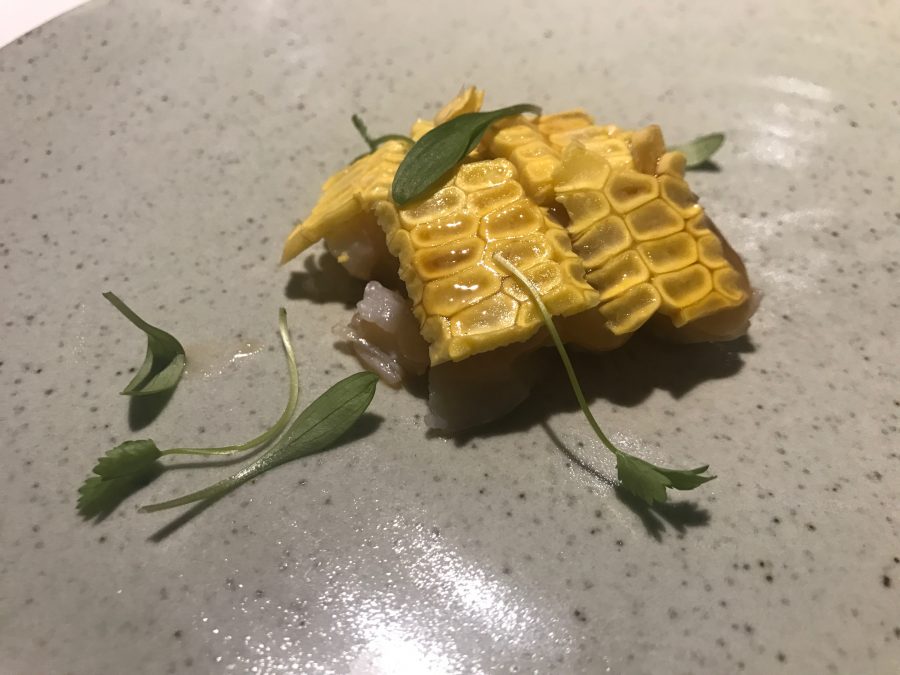 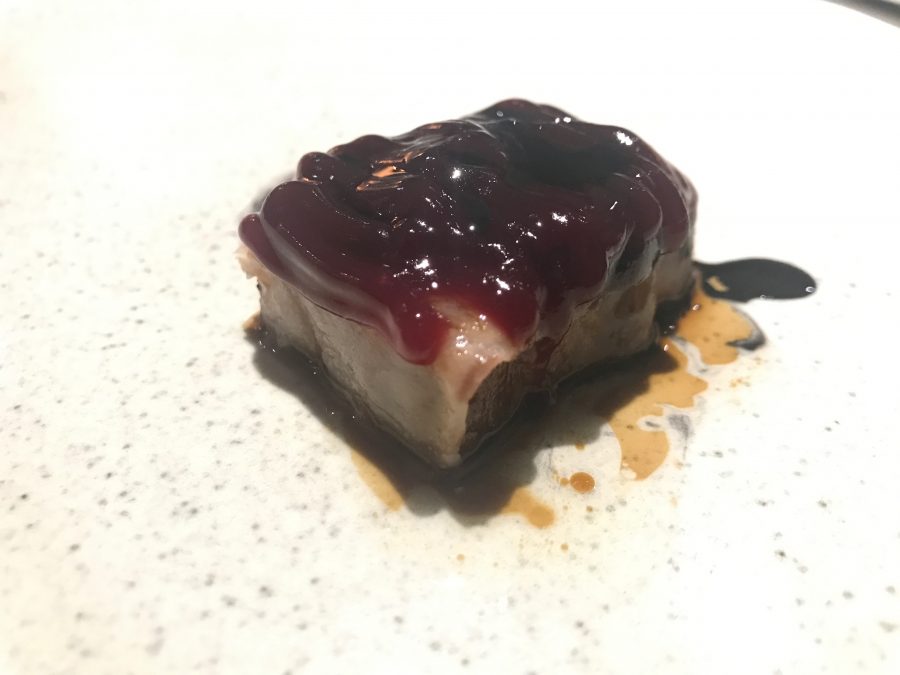 Meat is a speciality. Welsh lamb comes in two parts: a soft and fatty rib and then a slice of the meat topped with mint jelly. Both are astonishingly good. Salt wagyu rib, with crisp cabbage and crisp shiitake mushrooms, has a fat content so high it’s a thing of wonder. 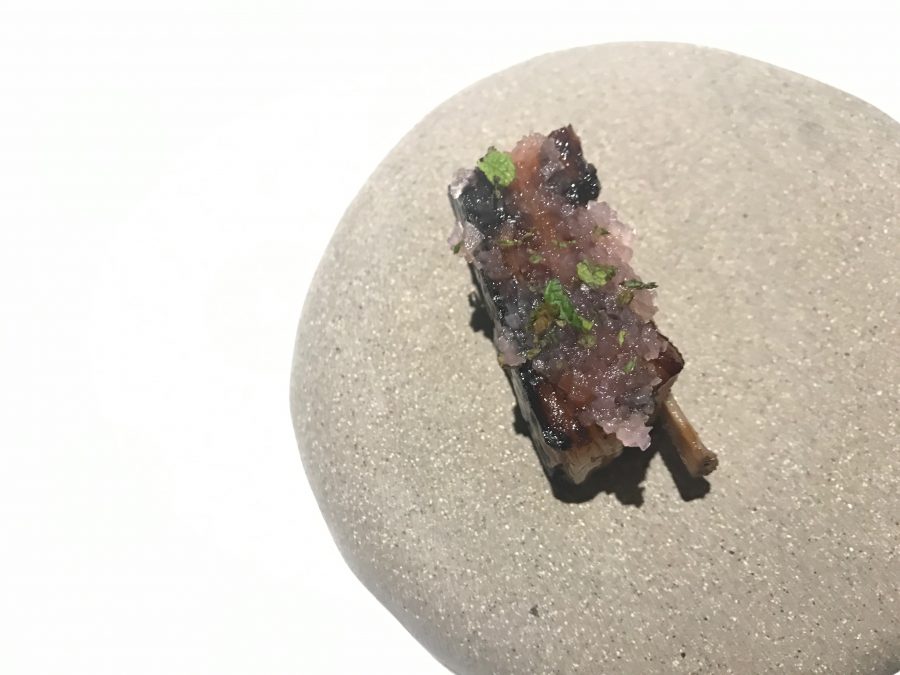 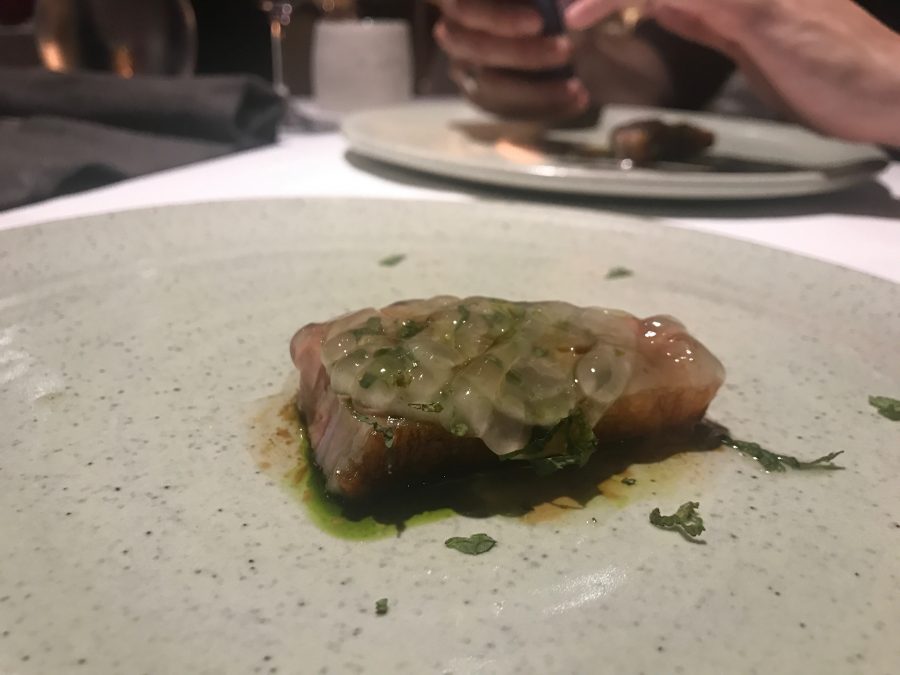 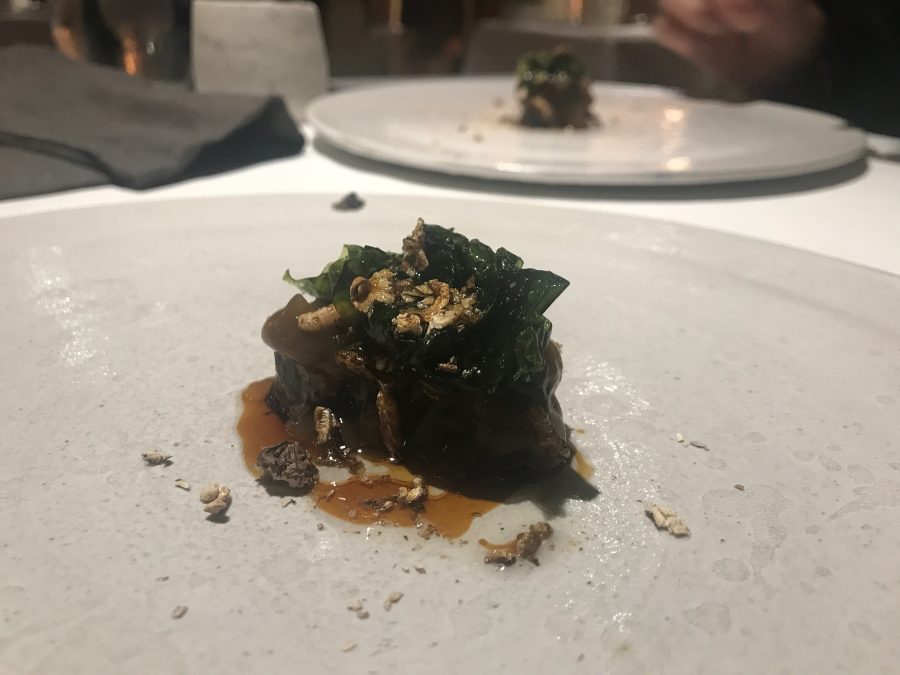 Bread is decent but the crust has been purposefully blowtorched and I find the bitter qualities a little overbearing. The two butters: cultured and Welsh wagyu dripping, with its fudge like qualities, are fab though. 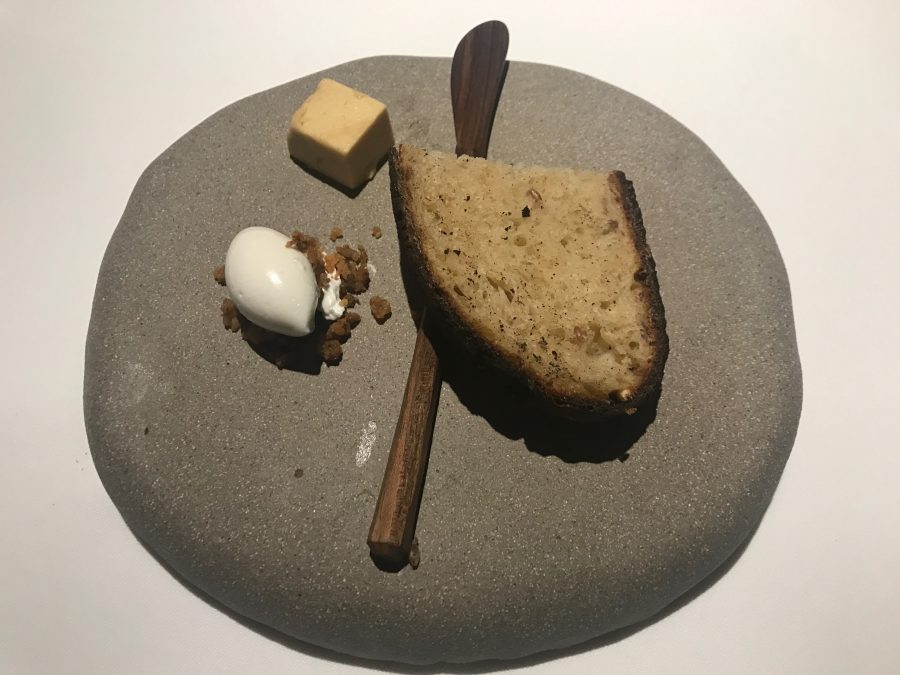 Finished at the table with a grating of cheese and cured egg yolk, the Caesar salad is a zingy mouthful which acts as a palate cleanser. Chicken curry is introduced with pride by the next chef as the sauce is a labour of love – the process can take a long as 72 hours. It comes with a lime beer concoction as beer and curry should never be apart. 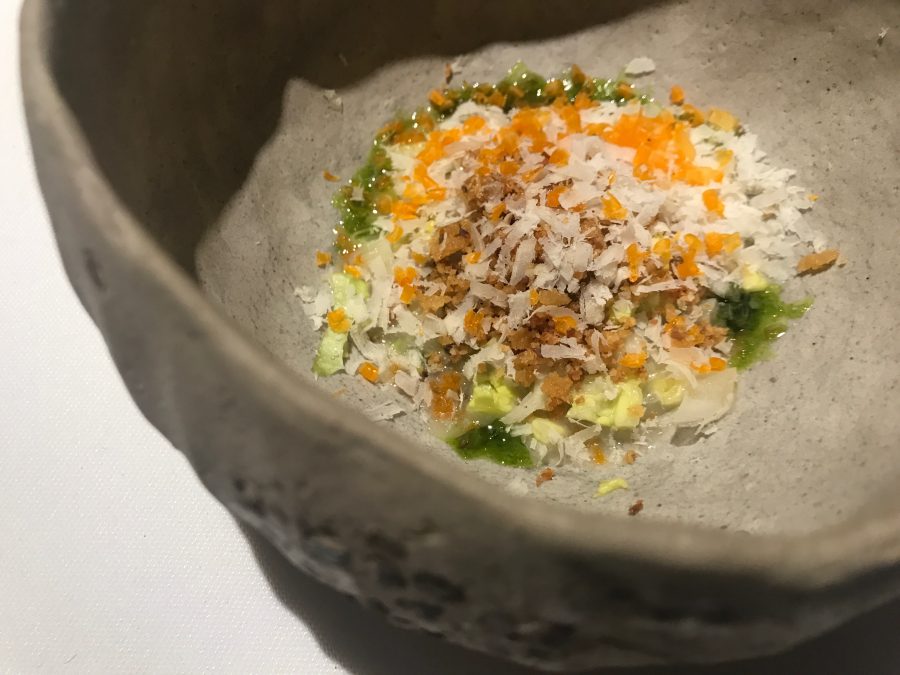 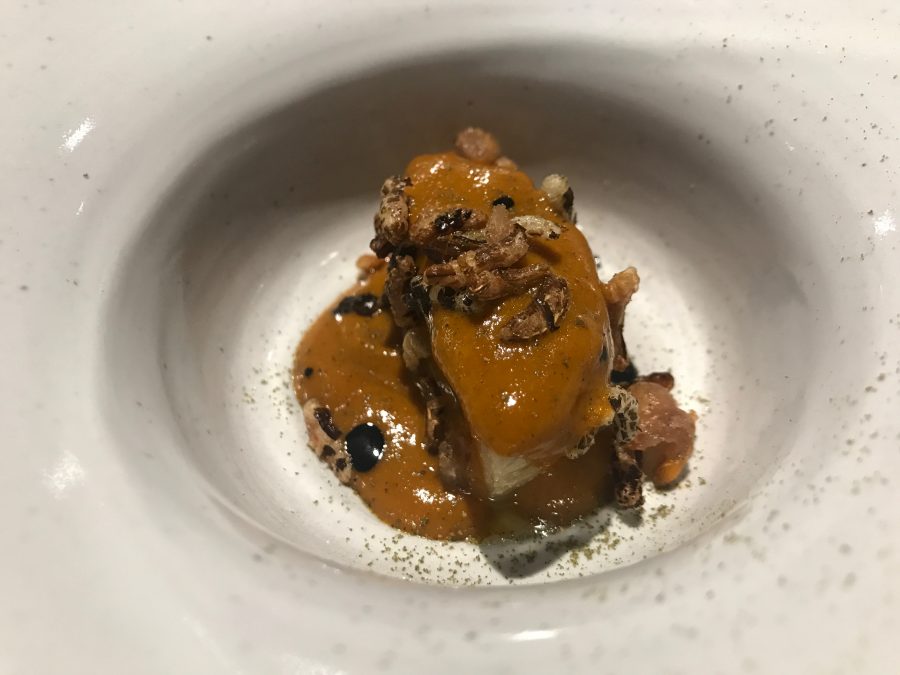 Desserts follow suit as little mouthfuls of heaven. ‘Fruit and nut’, a dollop of raspberry jam on bread, their version of a sticky toffee pudding (a stickier one I’m yet to find), a cacophony of strawberries and a deconstructed tiramisu made using liquid nitrogen. Put a fork in me I am done. 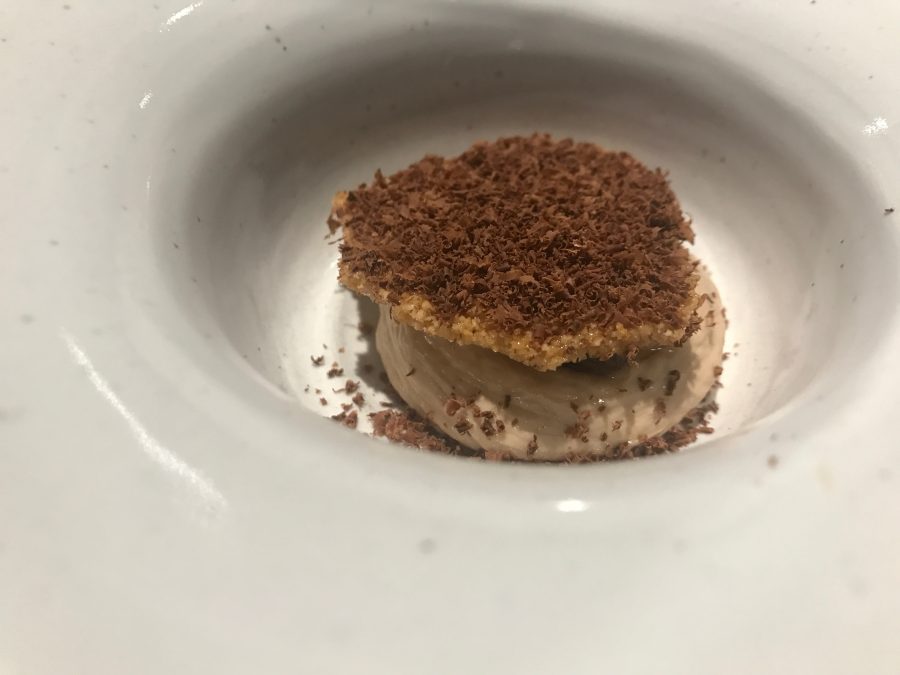 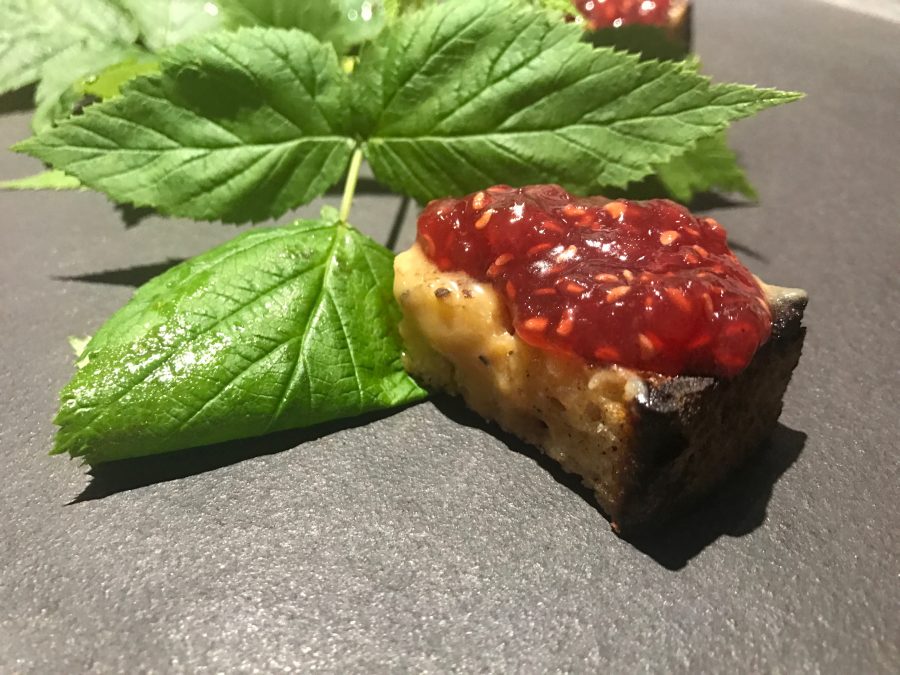 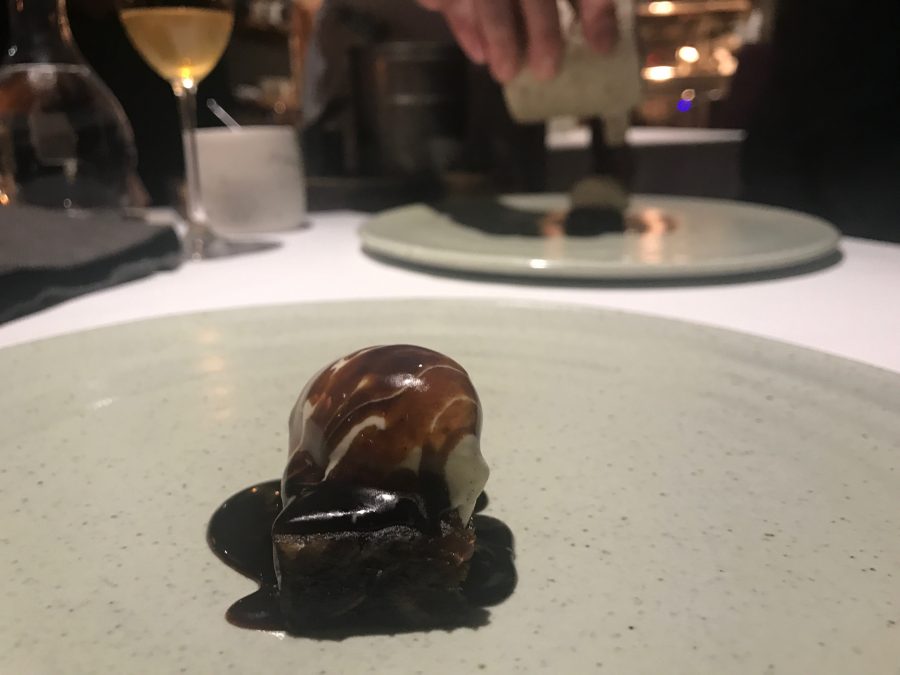 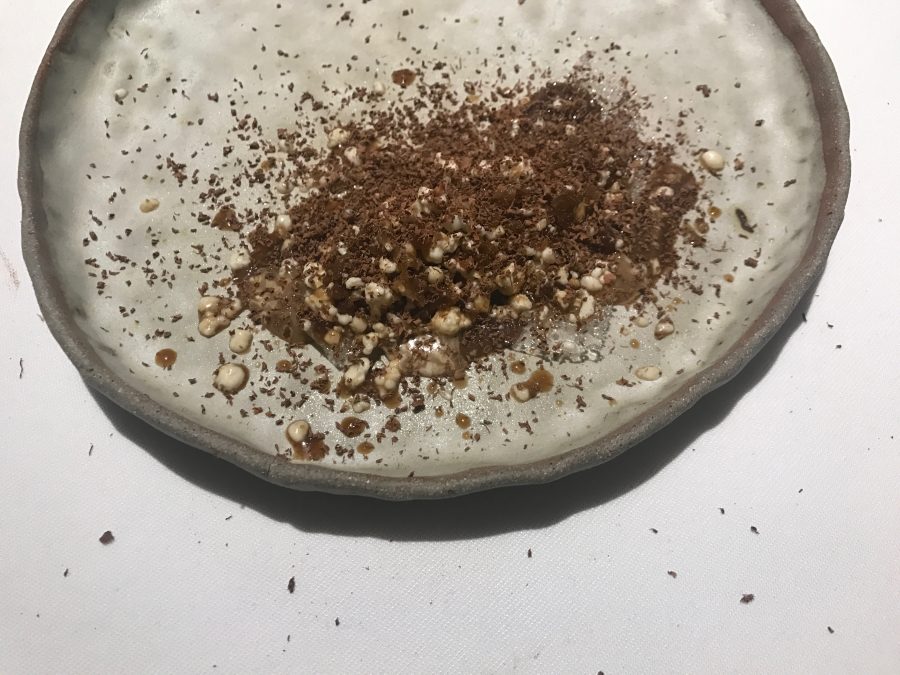 The impressive cooking doesn’t end there. Breakfast, included in the rate, is served at 9am. Coffee comes with more of those palmier biscuits from the day before. There’s a plate of home smoked salmon at the oily end of the spectrum which I love. 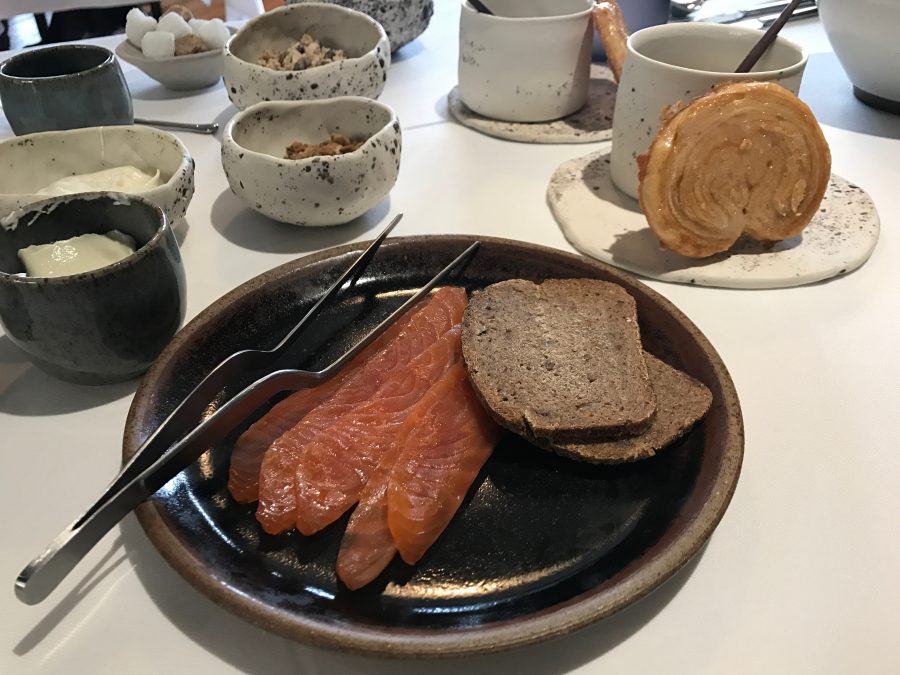 Squares of sourdough crumpets with wagyu fat butter would make this one of the finest breakfasts I’ve ever had. But then scrambled eggs, bacon and a square of sausage arrive which takes this into the next stratosphere. The crisp fat on both the bacon and sausage along with the creamy bright orange eggs is perfection. No-choice breakfasts done well, like at Moor Hall, get the thumbs up from me. 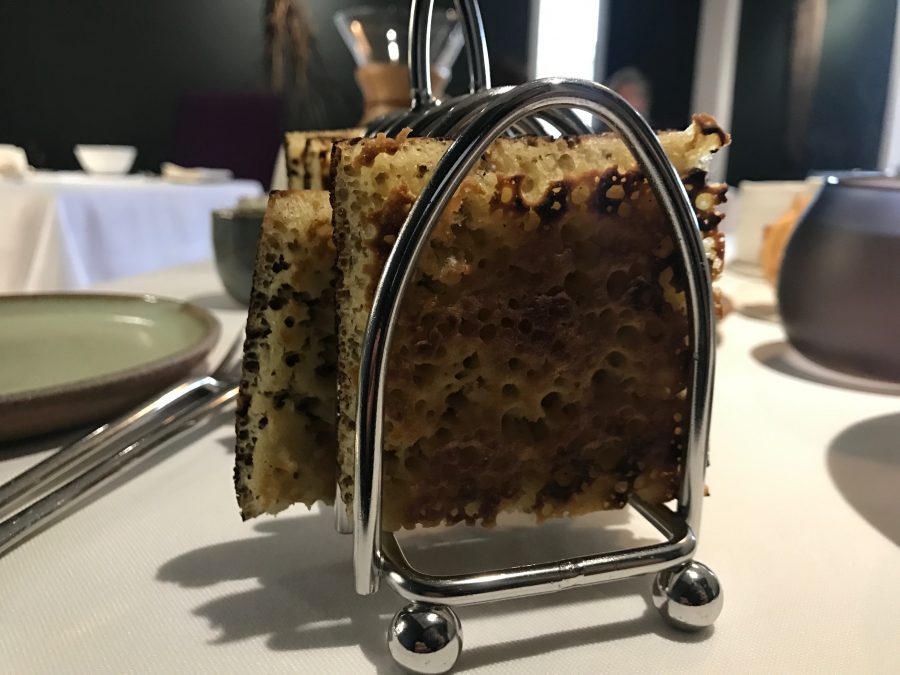 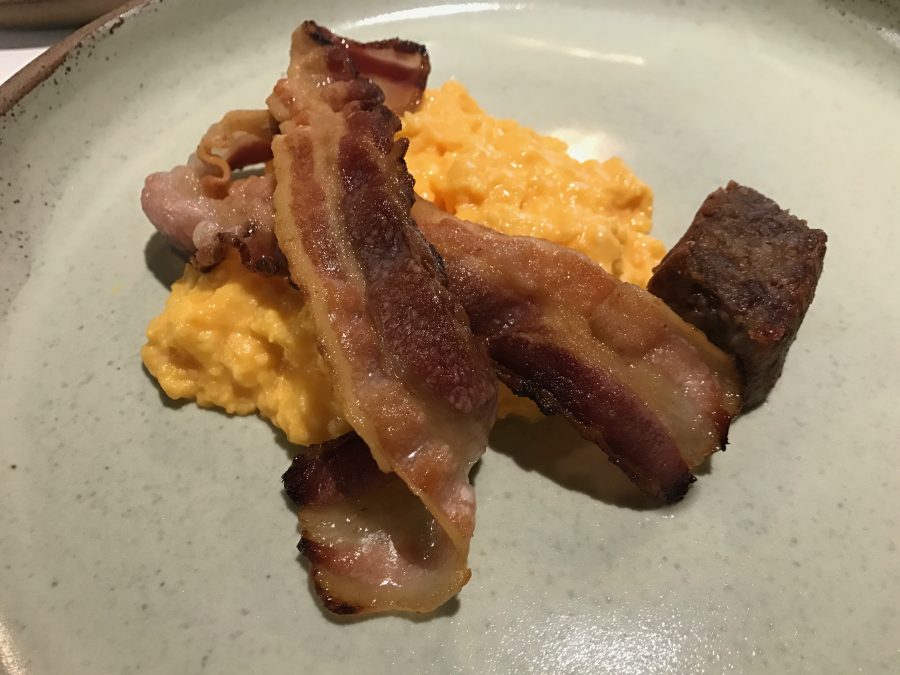 As far as gastronomy goes, the kitchen at Ynyshir is producing some of the most exciting but more importantly delicious food I’ve come across. On his cooking ethos, chef Gareth cites “Ingredient led, flavour driven, fat fuelled, meat obsessed”. Sounds good to me.

Ynyshir.co.uk
We dined and stayed as guests of Ynyshir