Old Spitalfields Market has had a wee makeover (that’s the side with Taberna do Mercado and Bleecker) adding a load of new permanent food and drink stalls which is pretty exciting. If you’ve been to Barcelona it feels very La Boqueria. 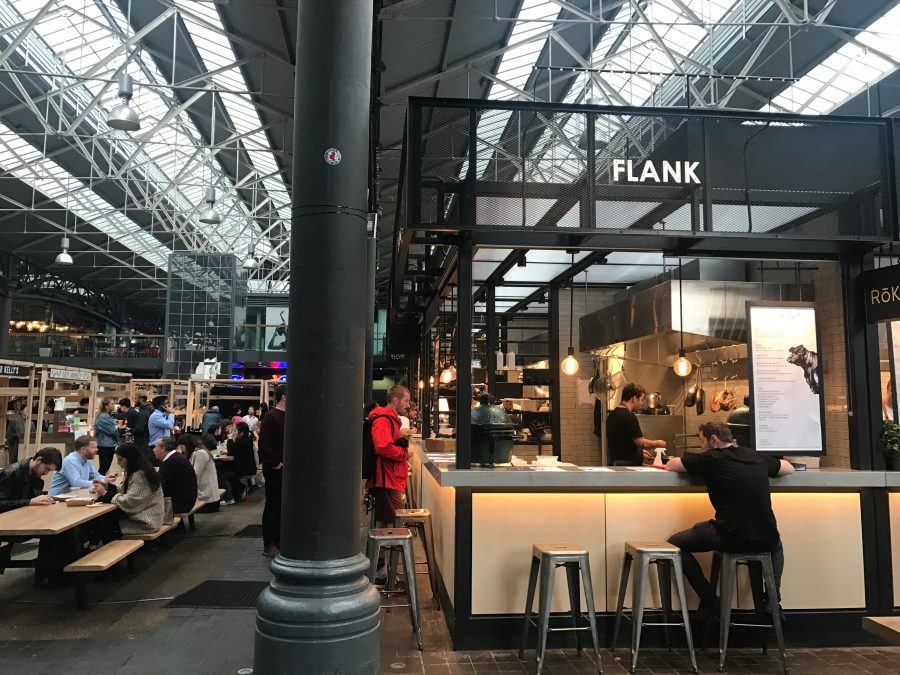 Breddos, Rök, Dumpling Shack, are a few of the familiar names you’ll see alongside newbies like Thousand Knives, Sood Family and Flank; this being its first London outpost after some successful pop ups in Brighton.

They specialise in meat; you can grab something in a bun to takeaway or choose to sit at the counter which is more of a restaurant experience – wine and proper plates, wahey!

We start with bread topped with plenty of salty bone marrow (£5). If you’re a fan of animal fat you’ll fall in love with Flank, and I do. Rump cap (£11) has the most outrageous fat to meat ratio I’ve ever seen. Just look at it. It’s like beef crackling. Dreamy stuff. 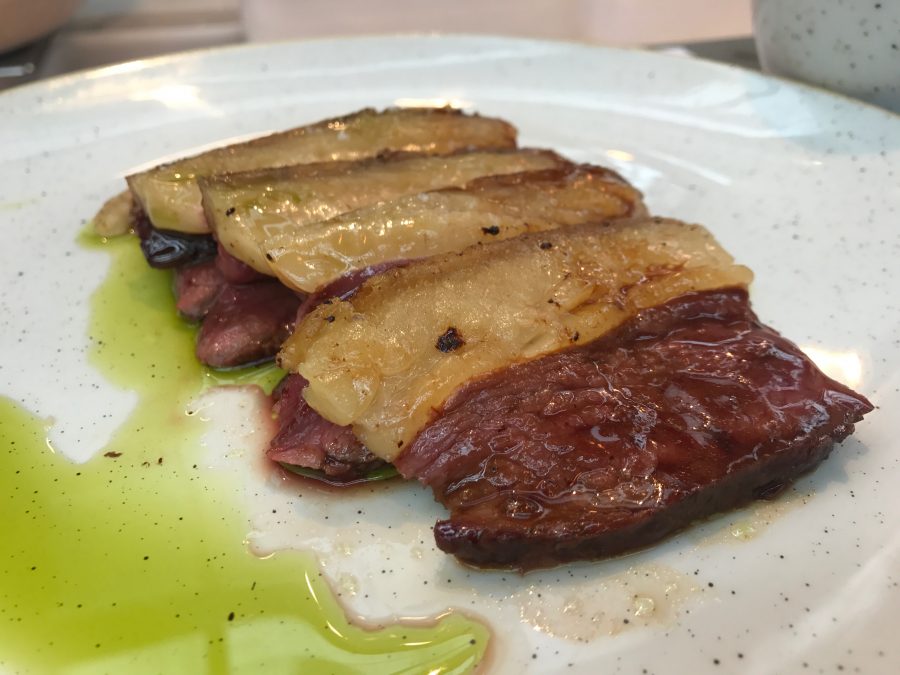 A whole aged duck can be seen hanging above the grill with its seductive scored skin. The breast is carved out, thinly sliced and served above charred cabbage (£9). “Pan stock” accompanies which is a tangy gravy to compensate the richness of the meat. 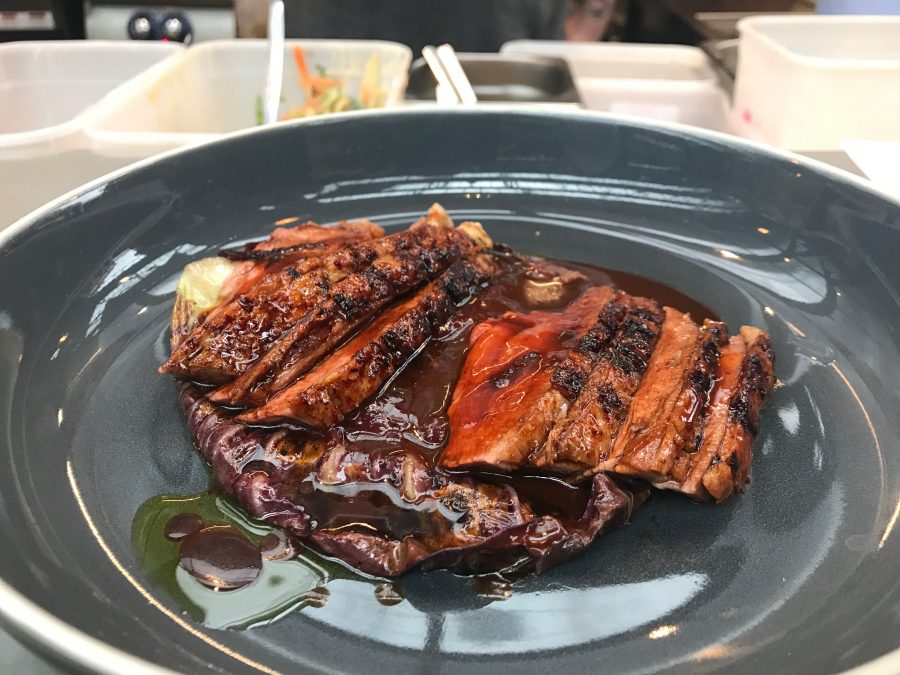 An ideal brunch dish is ham hock with leeks, brown butter and a poached egg (£6). Once burst the egg creates a yolk waterfall which is enough to make the average Instagrammer pretty excited. Most importantly however it’s a tasty plate of food. 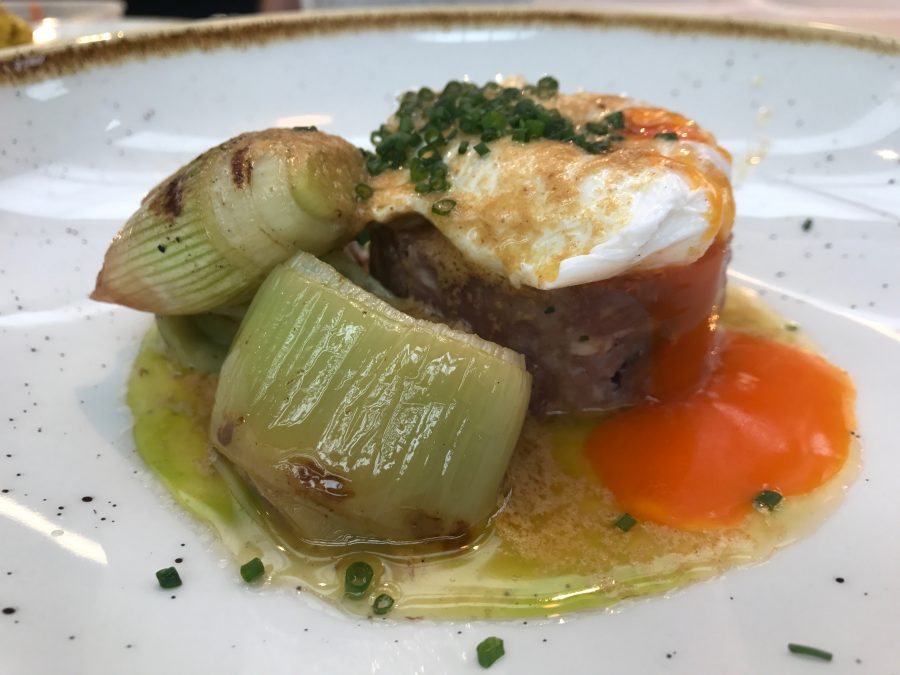 Sides are as strong as the meat. Mashed potato (£4) comes drenched in more of that pan stock, gnocchi (£4) is a moreish bowl of mini roast potatoes and a plate of onions and cabbage (£3) has plenty of smoke from the grill. 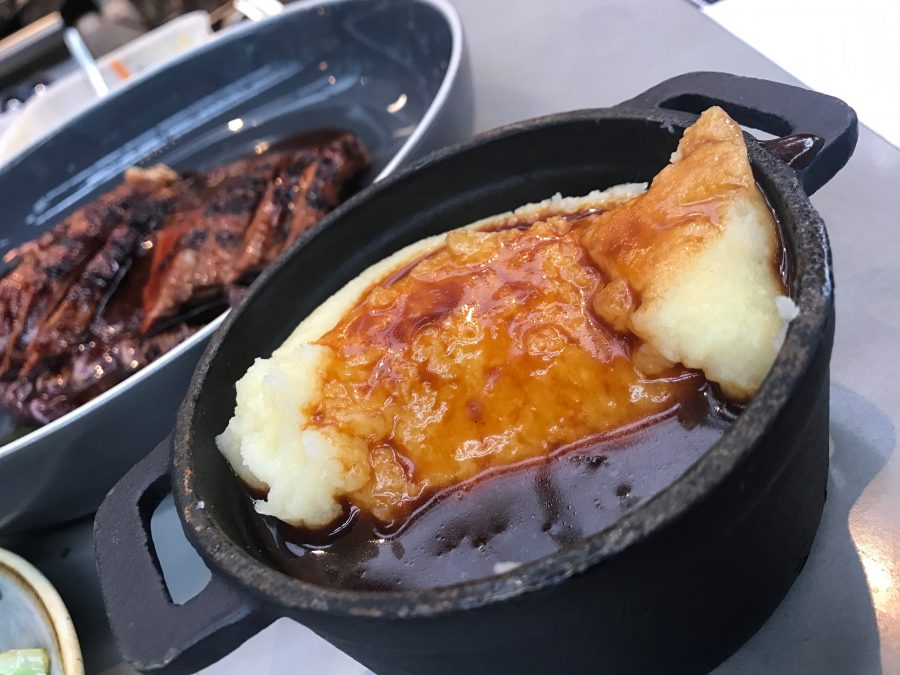 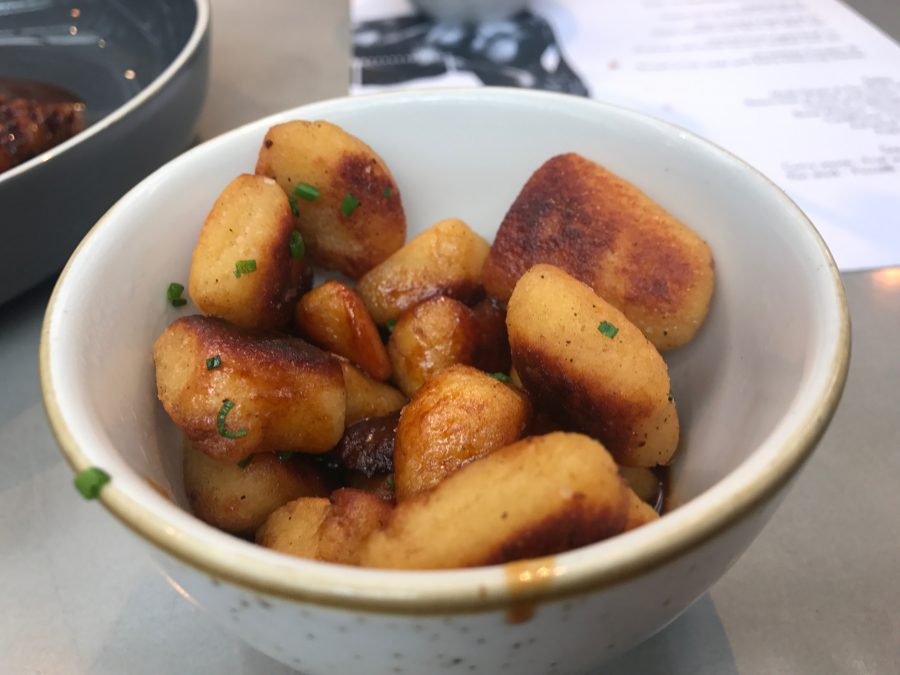 For pud, Pip’s chocolate bar (£5) is named after owner Tom’s 8 year old daughter who is confidently helping out in the kitchen – a Mary Berry in the making no doubt. Chocolate, caramel, Cornflakes – what’s not to like. 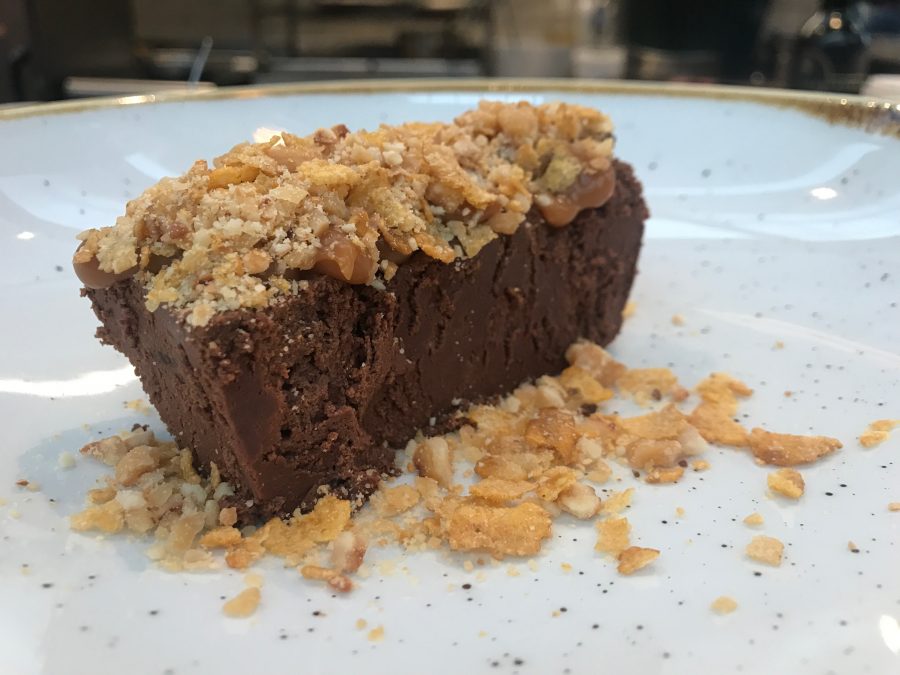 I’ll definitely be back to this part of Old Spitalfields Market now there are plenty of places to eat. But if it’s meat I’m after, as it so often is, I’ll be heading for that beef and duck at Flank.

Oldspitalfieldsmarket.com
We dined as guests of the restaurant