The name Frenchie comes from the nickname given to French chef and owner Gregory Marchand when he used to work as head chef at Jamie Oliver’s Fifteen. Marchand has had success in Paris with a Michelin-starred restaurant along with a fast food concept. His outpost in Covent Garden is his first flurry into the UK. 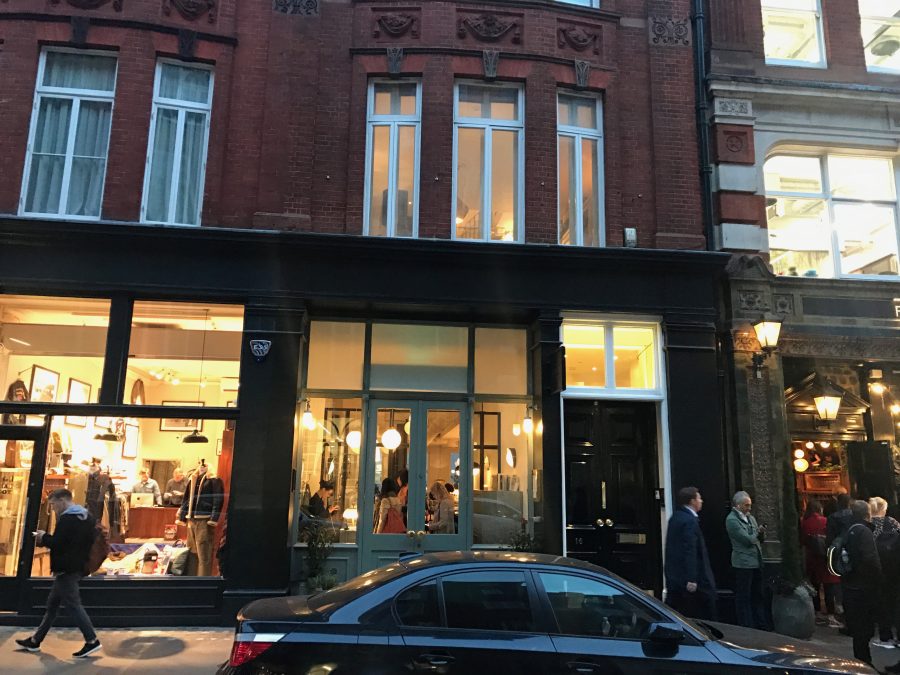 The long and narrow dining room is a gorgeous space with tightly packed tables next to a bar with counter seats. It feels Hygge galore; potted plants hang from the ceiling against walls of pale grey and touches of exposed brick. 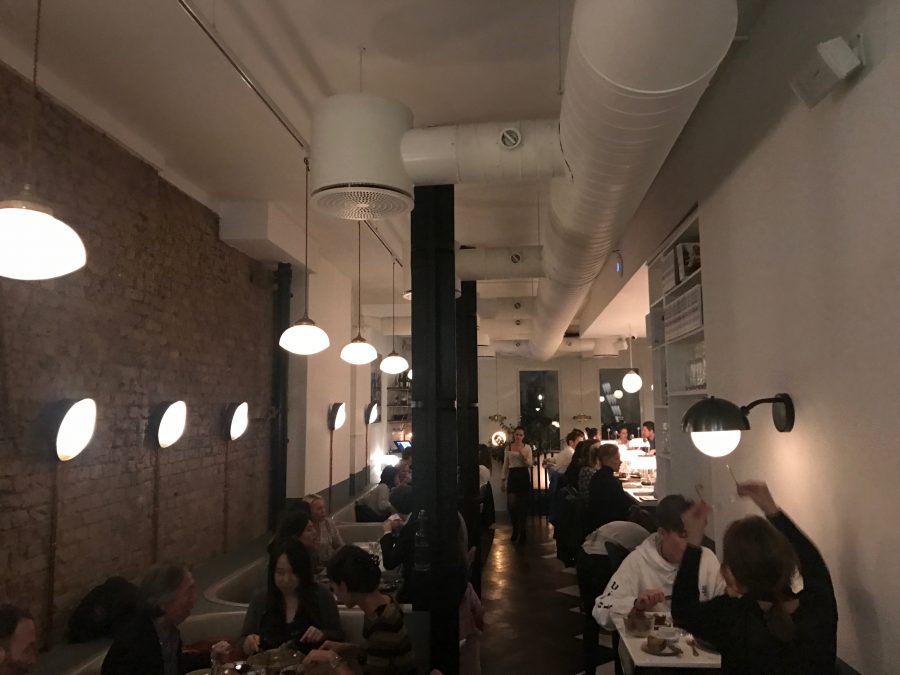 We opt for the tasting menu priced at £55 per person for 5 courses which starts with a sharp apple gel atop a perfectly cylindrical disc of pork crackling. I’m yet to meet crackling I don’t adore. 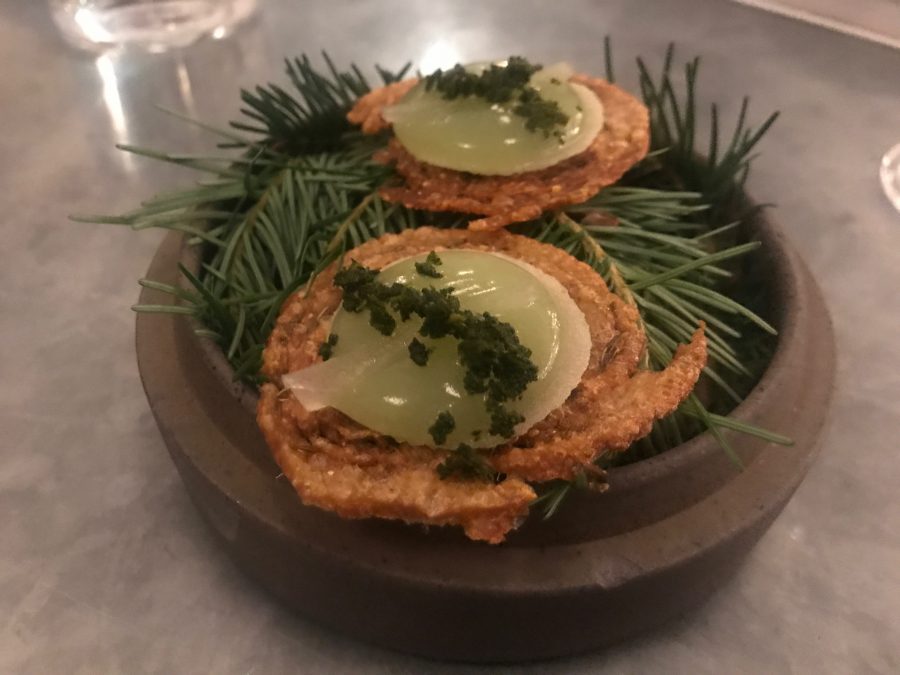 Marchand splits his time between London and Paris and although he’s not in during our visit, the food is top notch. Duck foie gras is as silky and smooth as you’d hope and it’s served as a slice of cheesecake which is fun. The kitchen are certainly generous with the shaved black truffle. 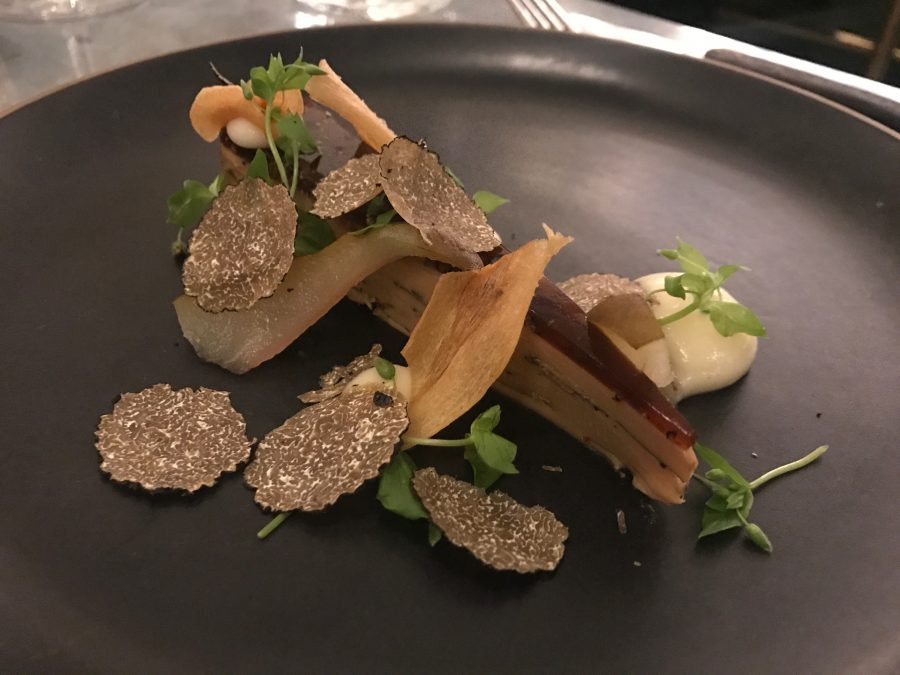 Arctic char, a white fish I’ve only eaten before in Iceland (the country not the supermarket), is a glorious piece of fish. A herby lovage purée is well balanced with the seafood and basil leaves while an oily merguez sausage is a glorious addition. Very clever cooking. 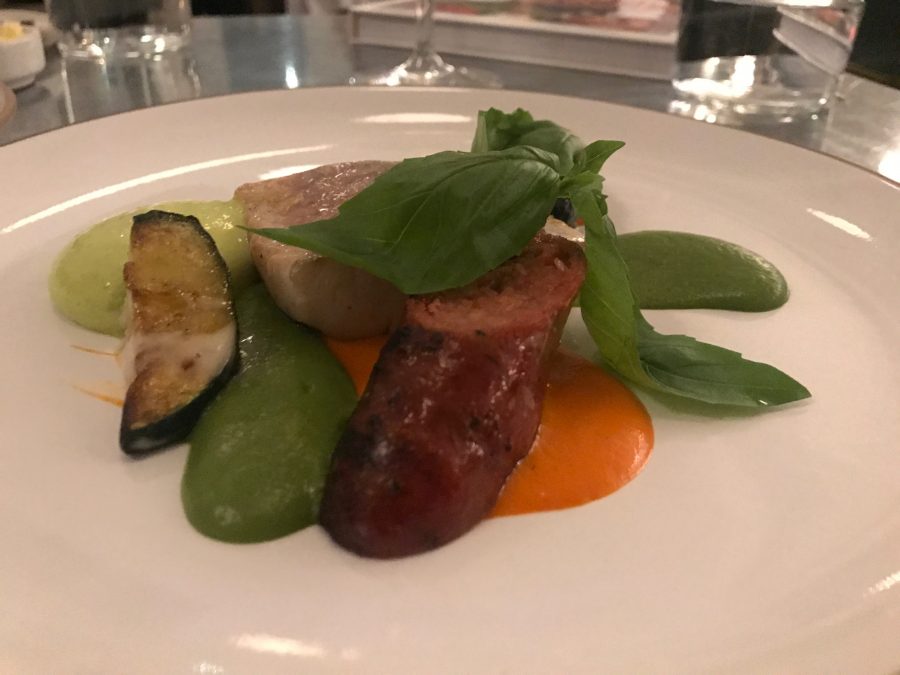 Chicken from Culoiseau Farm in France warrants the “how the hell do they cook it so perfectly?” from my friend. Wizardry no doubt. There’s crisp skin, all salty and buttery, with bright white flesh which isn’t flabby like is often the case. 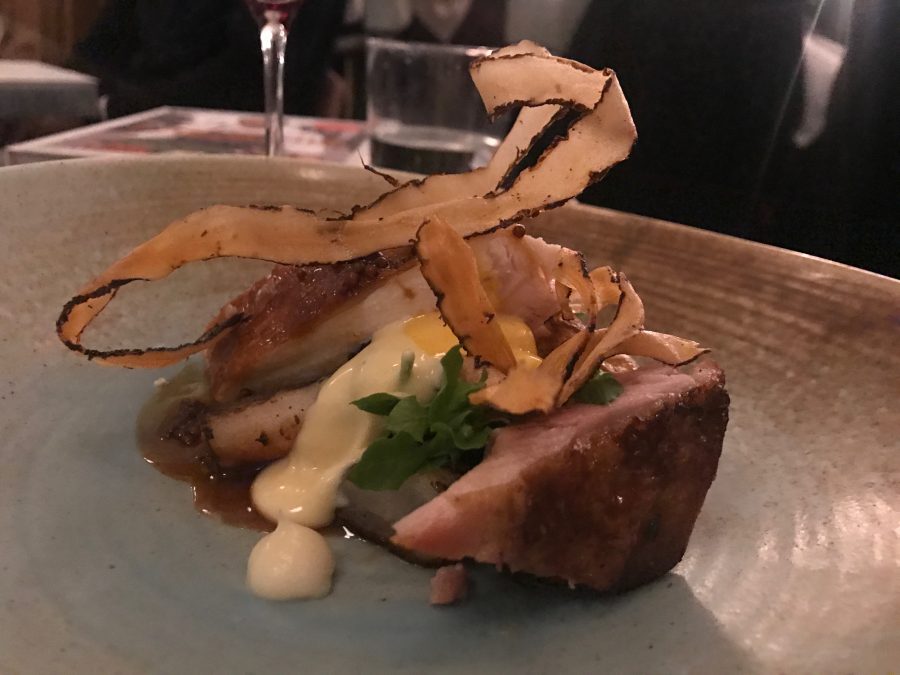 A special mention goes to the bread. They don’t make it themselves but instead get their sourdough from Mikael Jonsson’s Hedone in Chiswick. If you’ve had his bread you’ll know why this is a very good thing indeed. 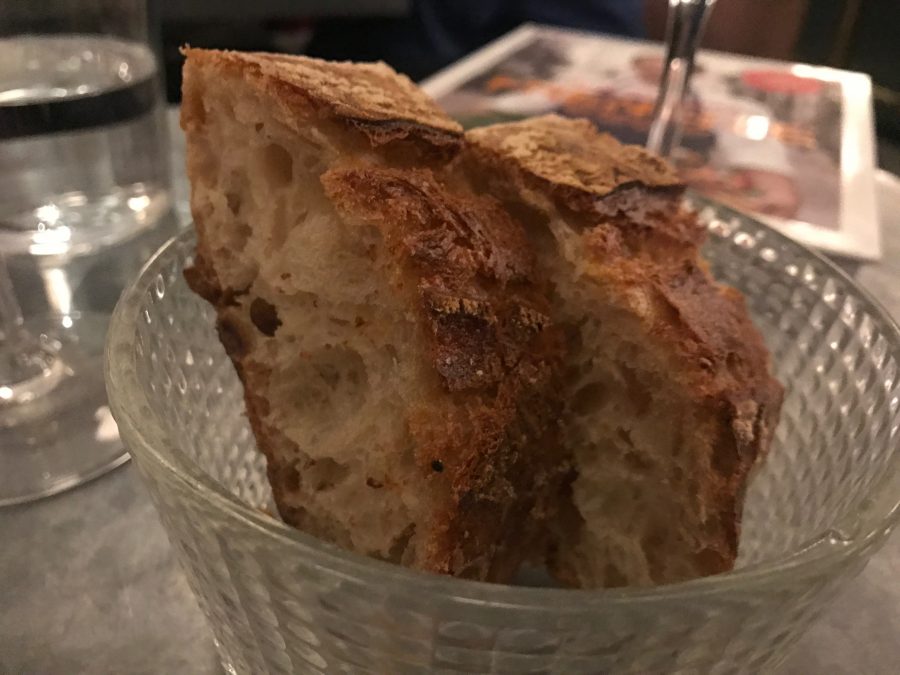 Leading into pud is a plate of black figs, white balsamic caramel, honey yoghurt ice cream and meringues which is a fruity little number. The real star however is a chocolate mousse, or cremaux if you’d prefer, with both coconut shavings and sorbet. It’s topped with lime zest which brings the whole thing alive and cuts through the sweetness brilliantly. 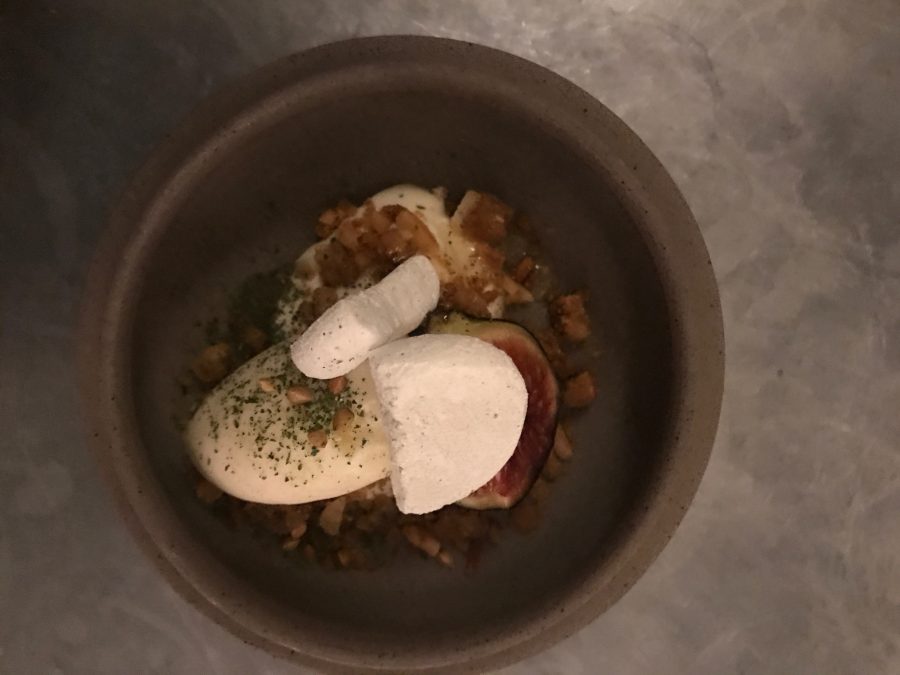 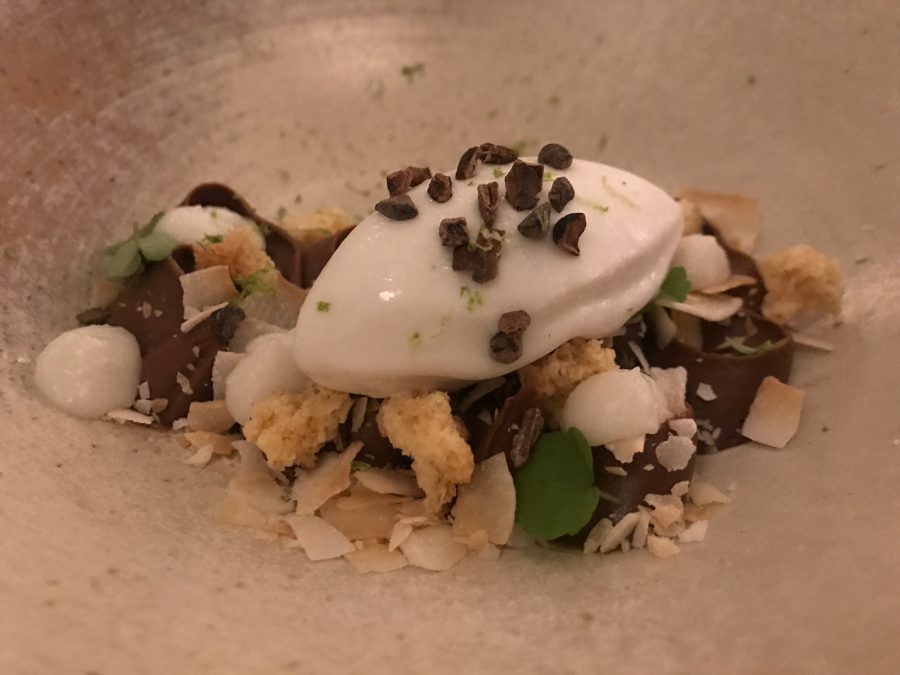 The tasting menu at Frenchie is perfectly formed – definitely the best way to get the full experience. For cooking of that level I’m really shocked it doesn’t have a Michelin star. There’s always next year…

Frenchiecoventgarden.com
We dined as guests of the restaurant