The Coal Shed, not to be confused with the Coal Rooms in Peckham or the Coal Hole on the Strand, is a new meat and fish focussed restaurant in that swanky new development by Tower Bridge.

There’s an Ivy cafe, a load more restaurants about to open and The Bridge Theatre from two chaps who used to work at the National Theatre. 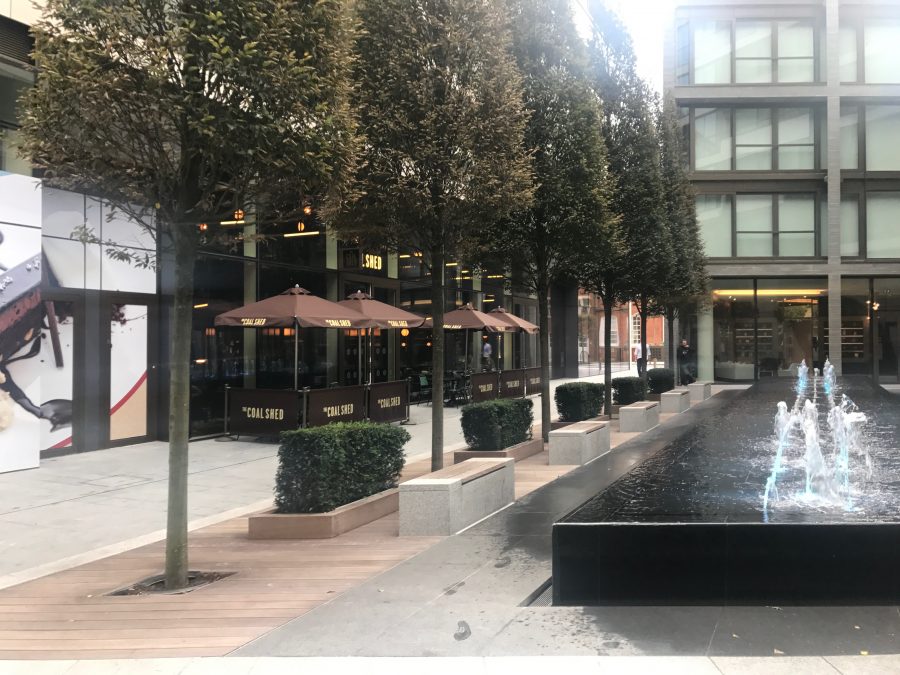 Inside, it’s all dark wood and leather. It feels like a steakhouse in the Hawksmoor kind of way. The semi open kitchen means you see some drama but you don’t feel like one of the chefs.

We start with crispy beef tendons (£3) which are puffed up beef crackling. They’re sticky and cling to my teeth which elongates the beefy flavour. If you haven’t guessed by now I’m an animal fat lover. 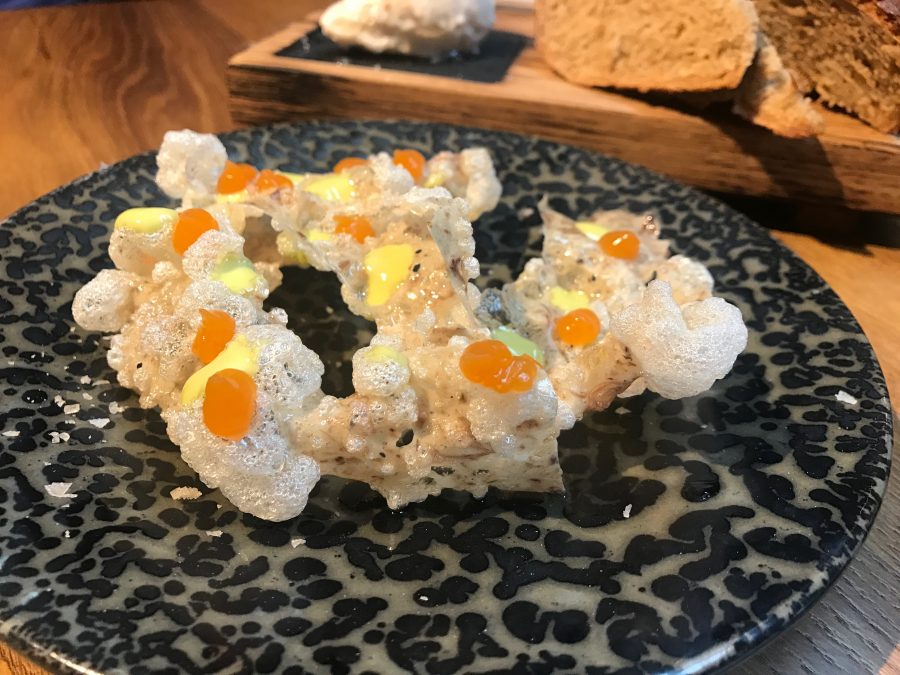 BBQ octopus (£11) is a pretty lil’ thing. There’s something so moreish about the crispy bits of the octopus which have been aggressively grilled. XO sauce (a spicy Cantonese sauce made from dried fish, chili, onions and garlic) is a fiery accompaniment. 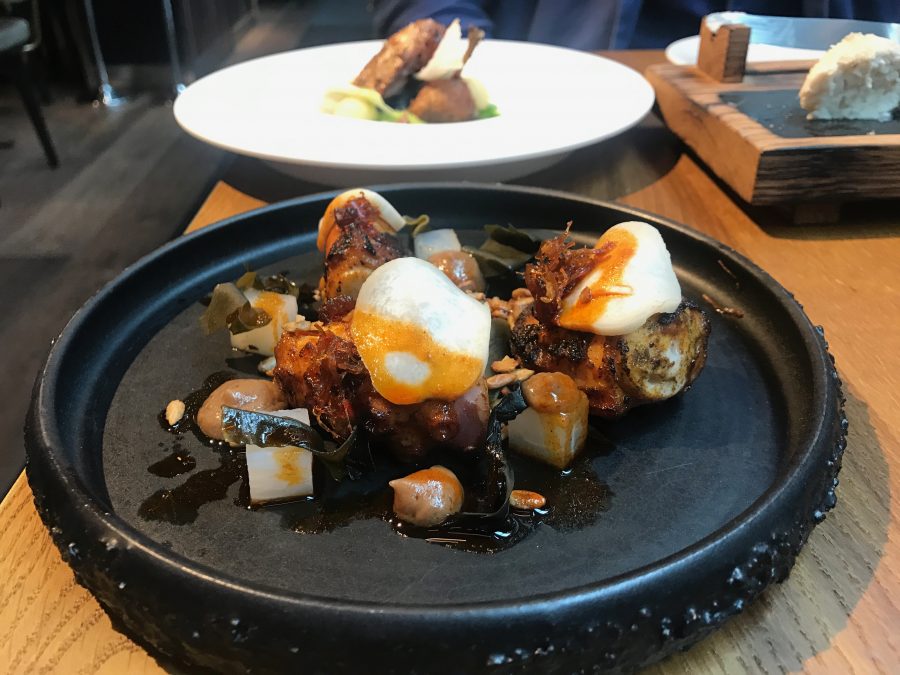 A plate of jerk salmon, corn, pineapple and yoghurt (£8) is a most intriguing blend of flavours. I’ve never had a combo like it but the sweetness of the corn and pineapple, fattiness of the fish and its eye watering jerk spicing is inspired. 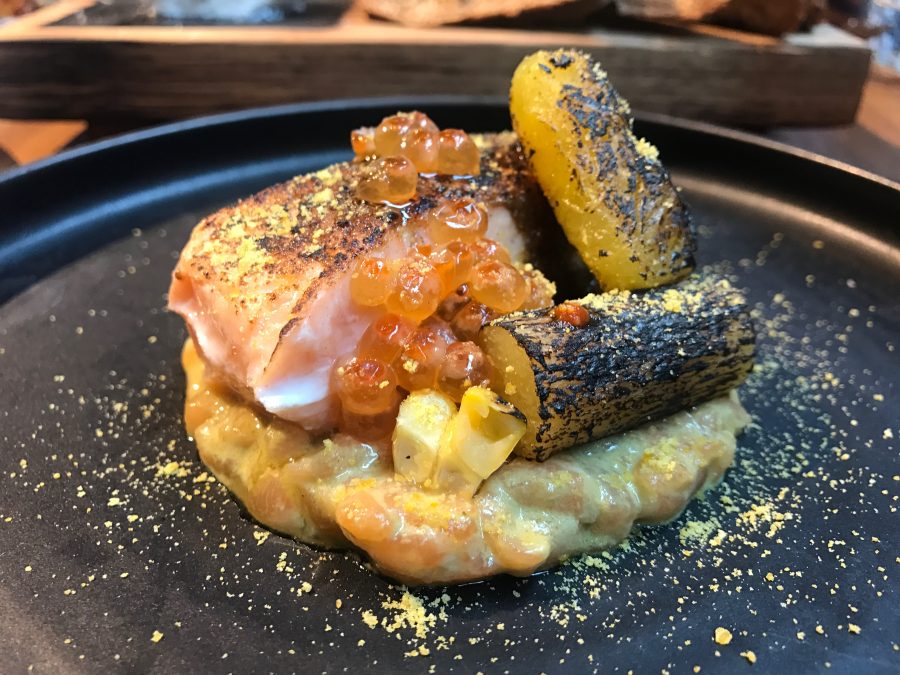 Norfolk quail (£11) sits in a puddle of herbaceous luminous green oil. The meat is soft and delicate. A reminder of the kitchen’s skill on the grill. 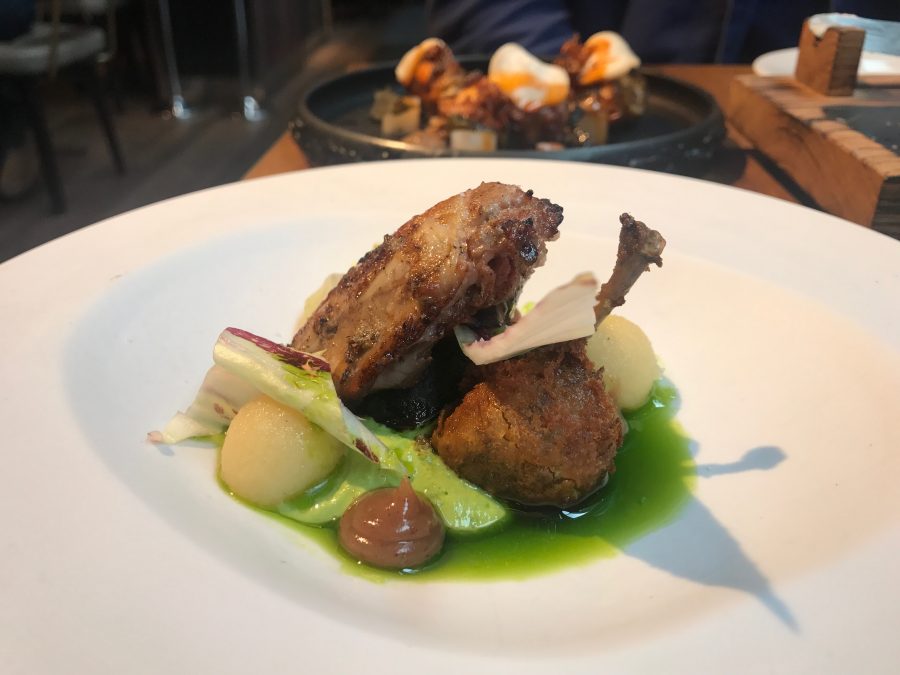 ‘Fire roasted shellfish’ (£25) is cracking value for £25. There are prawns, langoustines, scallops, battered cod and mussels galore. The cooking of it all is exquisite. 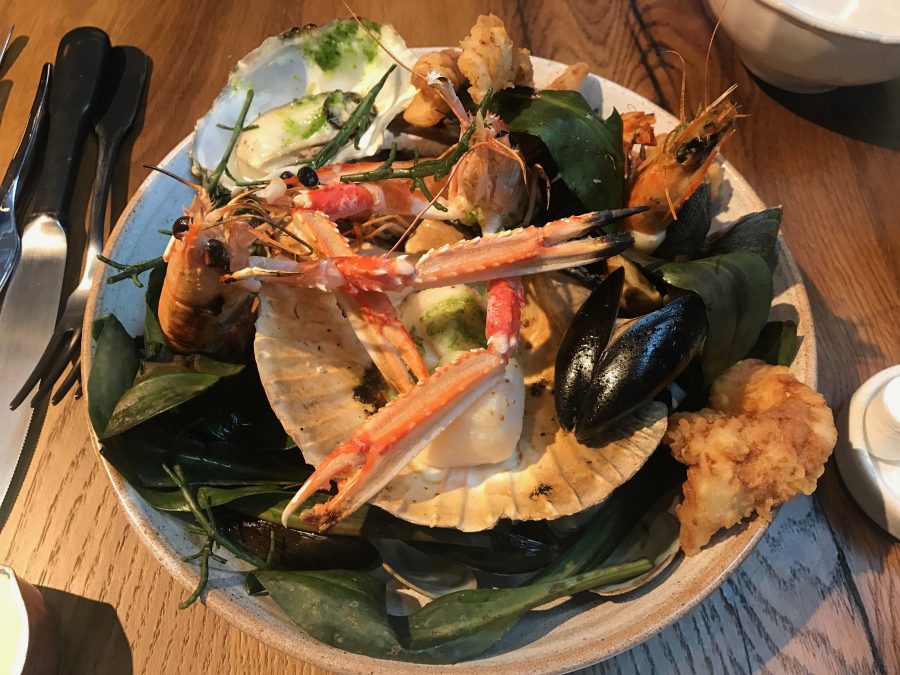 I get more of those lovely prawns atop my 300g rib eye (£33). The grill has provided a glorious crust on the beef giving way to soft, lusciously pink meat. The only thing missing from the menu is the provenance. The quality is top notch but I’d love to read where it’s all from. 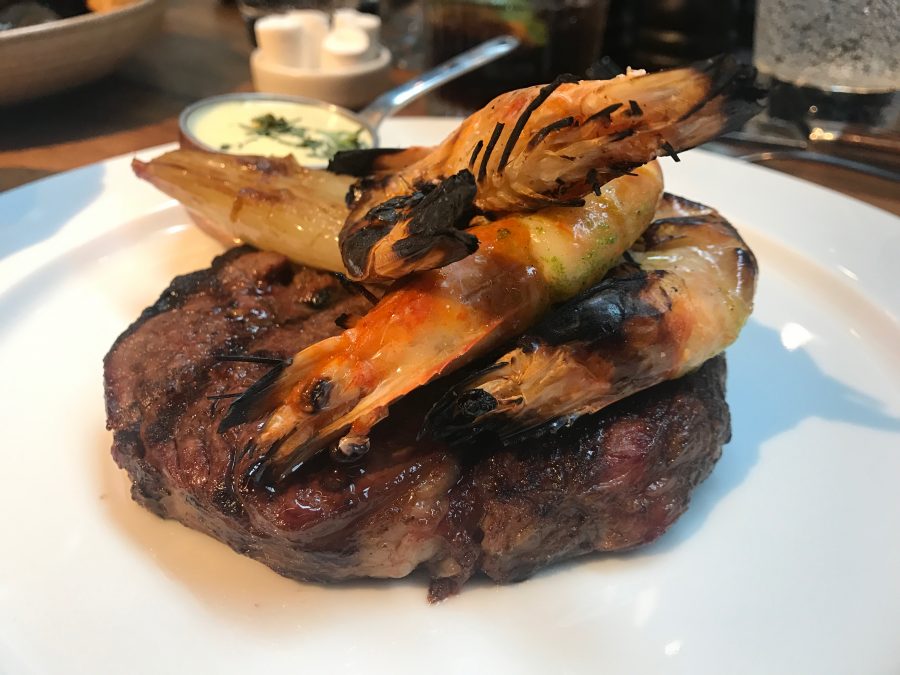 A special shout out goes to the pickled onion rings (£4). They’re crisp, sweet, sour. I inhale them in seconds. Not sure they need the congealed ‘hot cheese foam’ though. 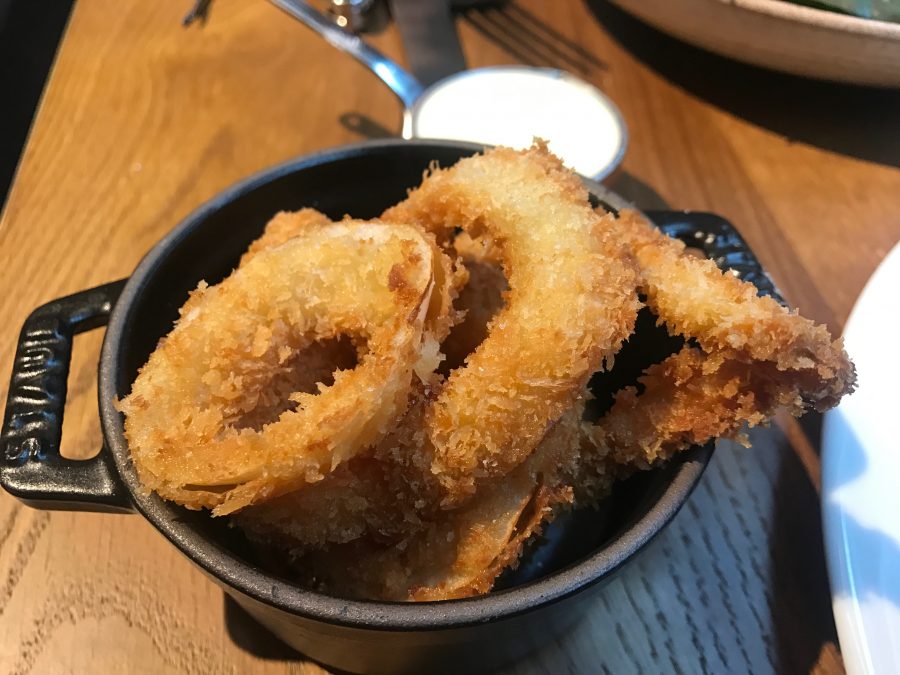 For dessert we get a collection of small sweet treats which are a couple of quid each. Doughnuts, fudge, a ball of chocolate which looks like a pebble, a square of toasted marshmallow, a macaron and a little salted caramel 99 cone. It’s worthy of the impeding diabetes. 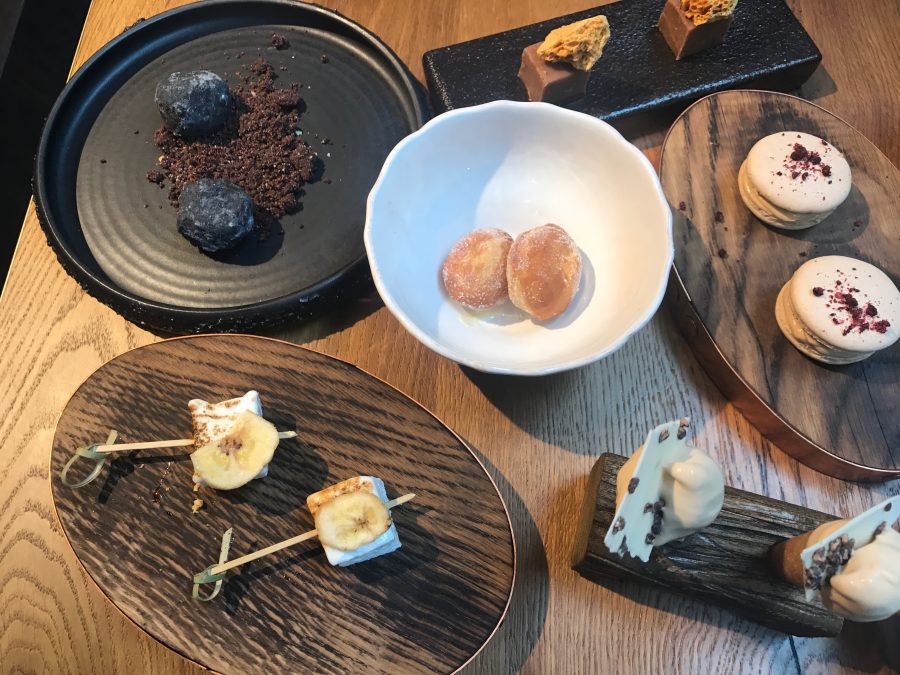 I haven’t been to their sister restaurant of the same name in Brighton but after this rather enjoyable lunch I’d add it to my list. Looks like London has itself another cracking steakhouse.

Coalshedrestaurant.co.uk
We dined as guests of the restaurant