Kingly Street in Central London (just behind Carnaby Street) is doing rather well in the food department as of late. There’s a new Bread Ahead cafe just opened, Breddos Tacos, which is brilliant, and now CLAW. 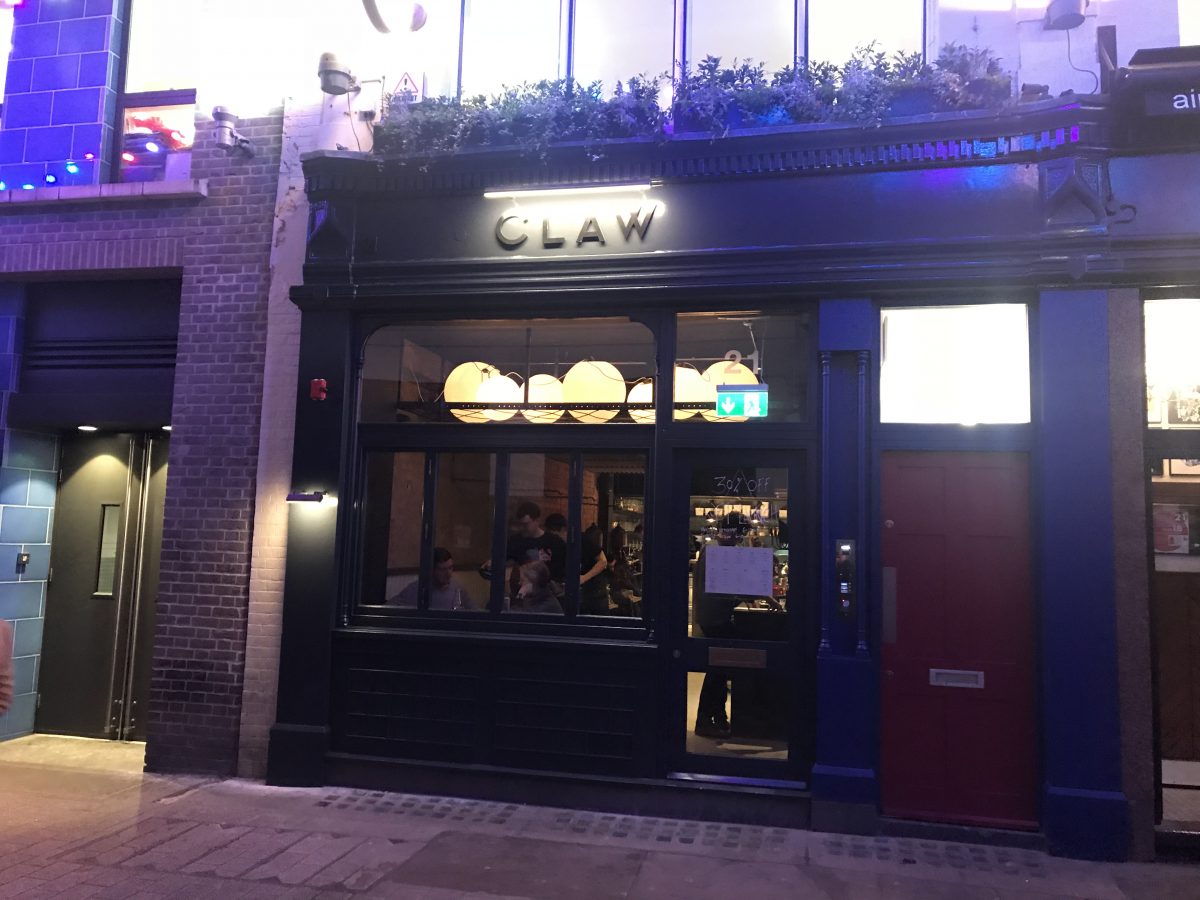 Owned by Fabian Clark with what originally started out as a street food business serving all things crab, its nice to see he’s now got a proper, and rather attractive, restaurant. Head chef Josh Levy has kept the menu seafood-focussed but there are meat and veggie options too.

We start with crabs claws (£13) drenched in garlic and lime butter. They smell amazing. I pick at them for what feels like hours extracting the sweet flesh from every nook and cranny. It’s a lovely thing to eat. 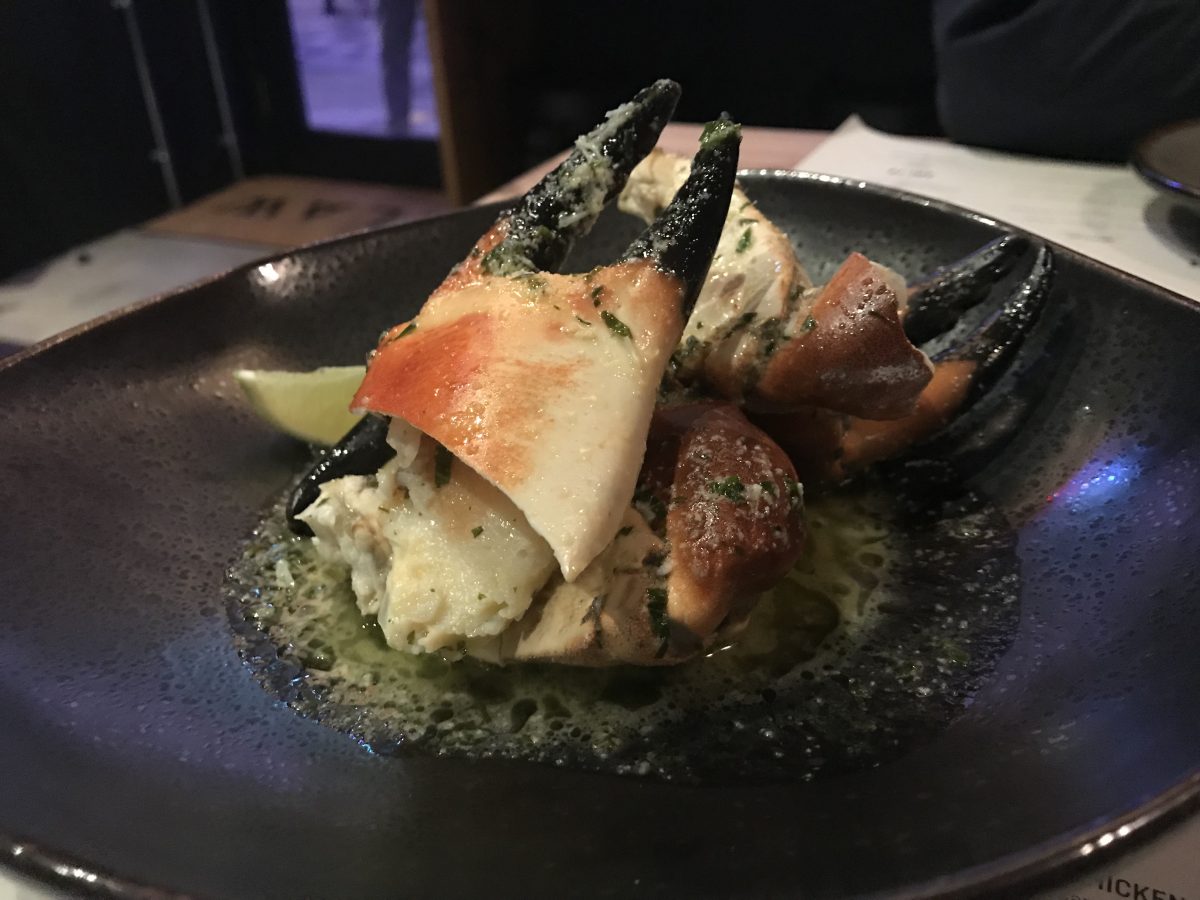 Grilled Colchester oysters (£3.50 each) remind me of the ones Decateur used to grill at Druid Street Market. These are just as good – served with a cultured chilli butter and chunks of bread for dunking in. 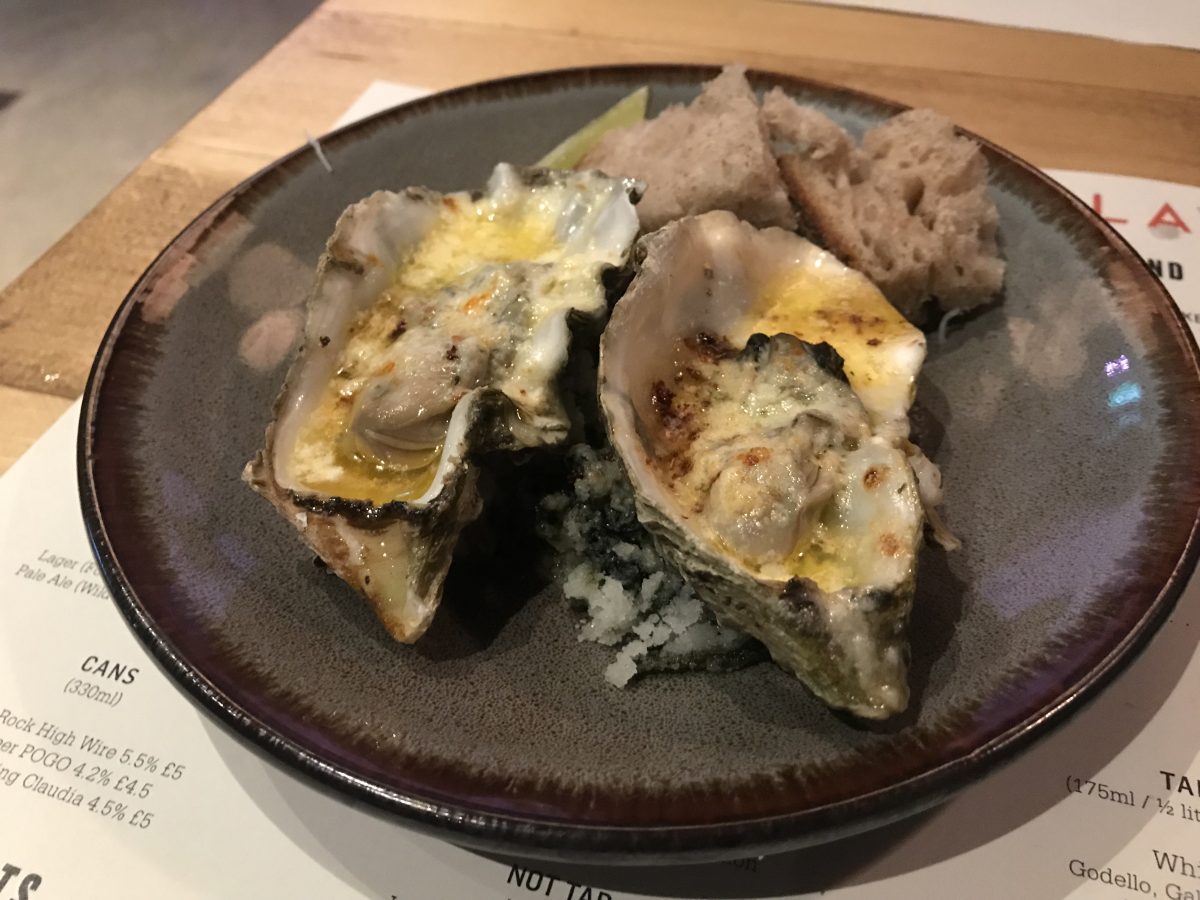 Crab beignets (£9) could be a little smaller and more dainty but they’re big on flavour. It’s the accompanying mayo, rich with brown crab, that I particularly love. 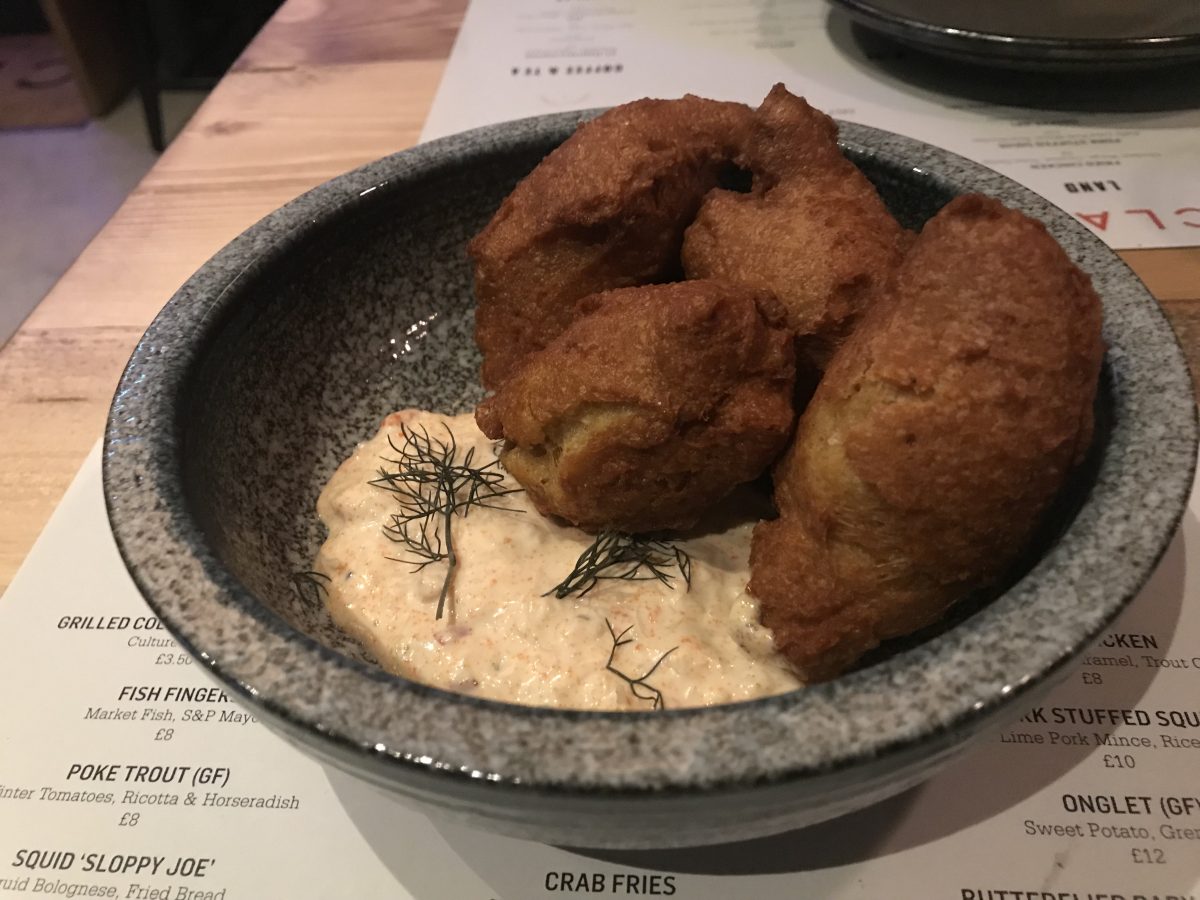 Fish fingers (£8) come in a light and grease free batter. The fish is soft and delicate – the real flavour comes from the coating and the S&P mayo. 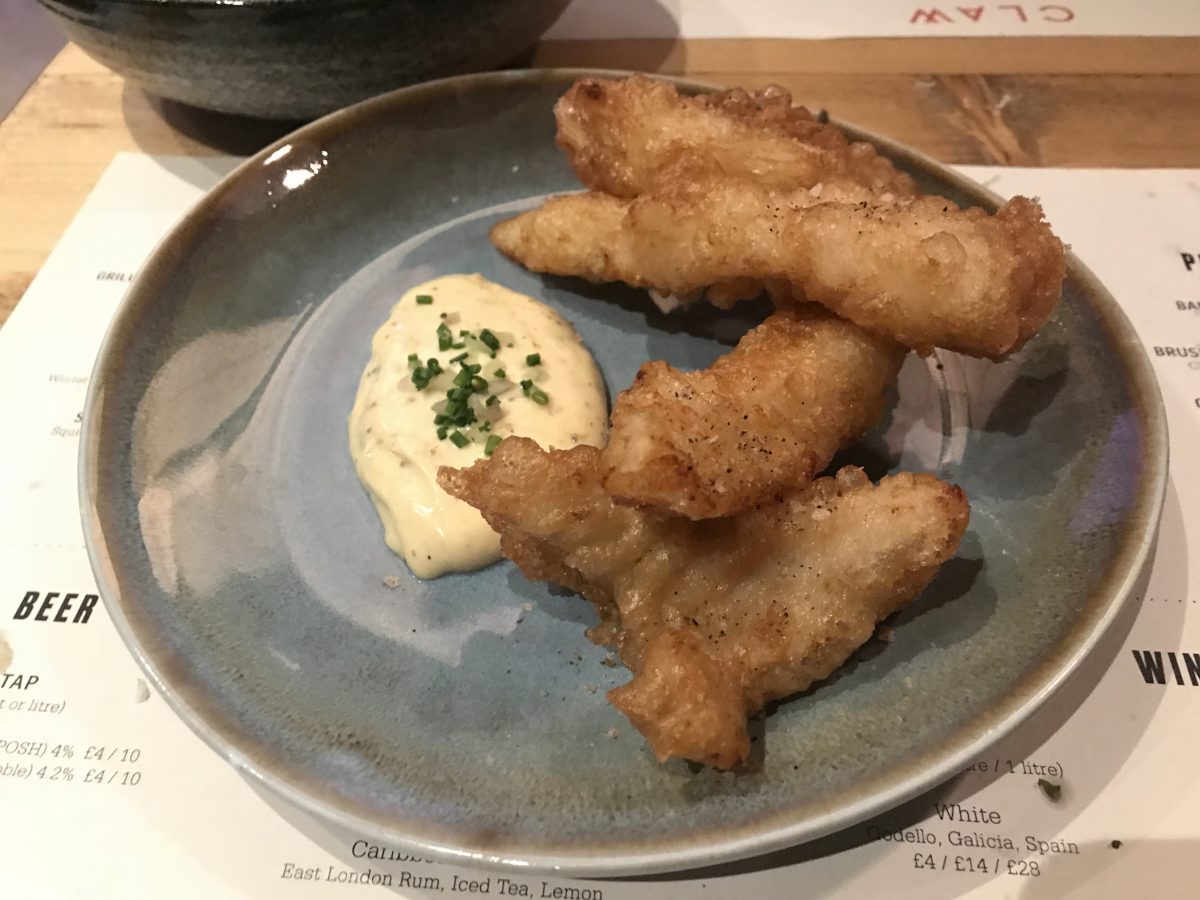 A bowl of shredded Brussel sprouts (£7) is surprisingly pleasing and not at all ‘farty’. They’re lightly fried to soften them but they retain a refreshing crunch which is so moreish. 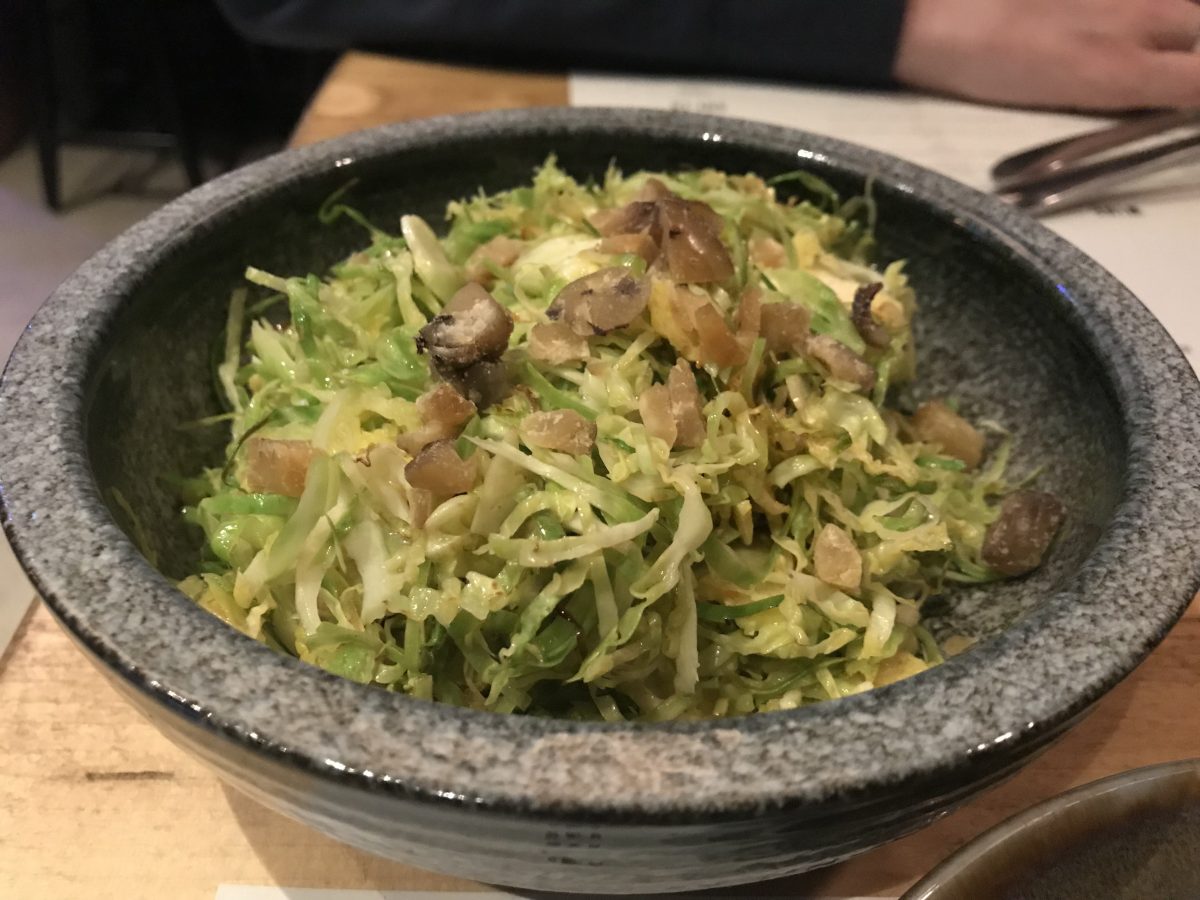 For dessert, toasted milk parfait come with a sour toffee sauce (£6) which is most unusual but ruddy delicious. Tangy toffee sauce is my new favourite thing FYI. It’s makes for a light and refreshing end. 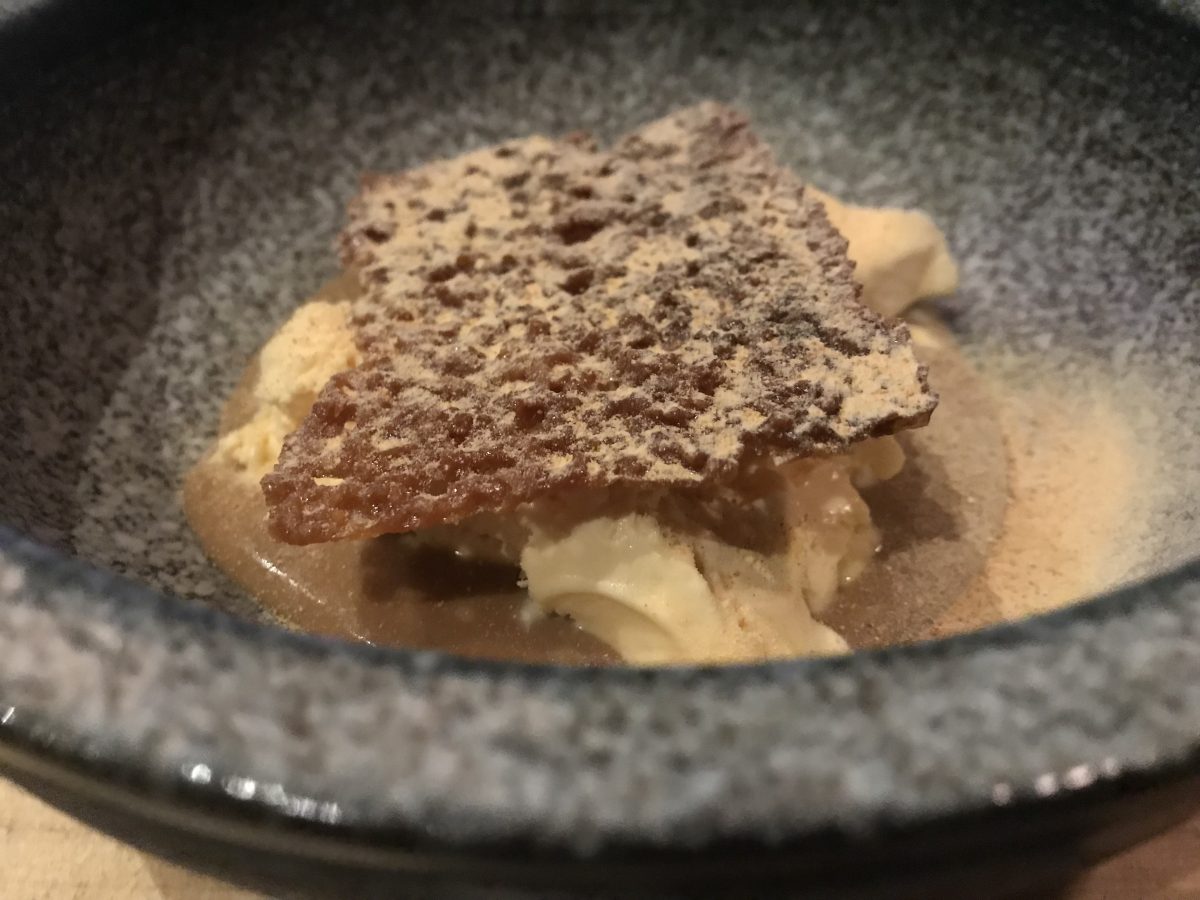 CLAW is a great addition to the area if you’re after a bit of fast, fun seafood. It’s a cute space too which hasn’t been cobbled together with cardboard and MDF which is often the case these days. And those claws are just marvellous.

Claw.co.uk
We dined as guests of the restaurant