It’s a strange stretch of land is Southwark Bridge Road, SE1. Most of you will have never been there. I’ve only gone down there to get to somewhere else. (Mercato Metropolitano is nearby). There’s a Co-Op. Not much else.

But now an Argentinian Parrilla has opened, called Chimis, and it’s rather good. 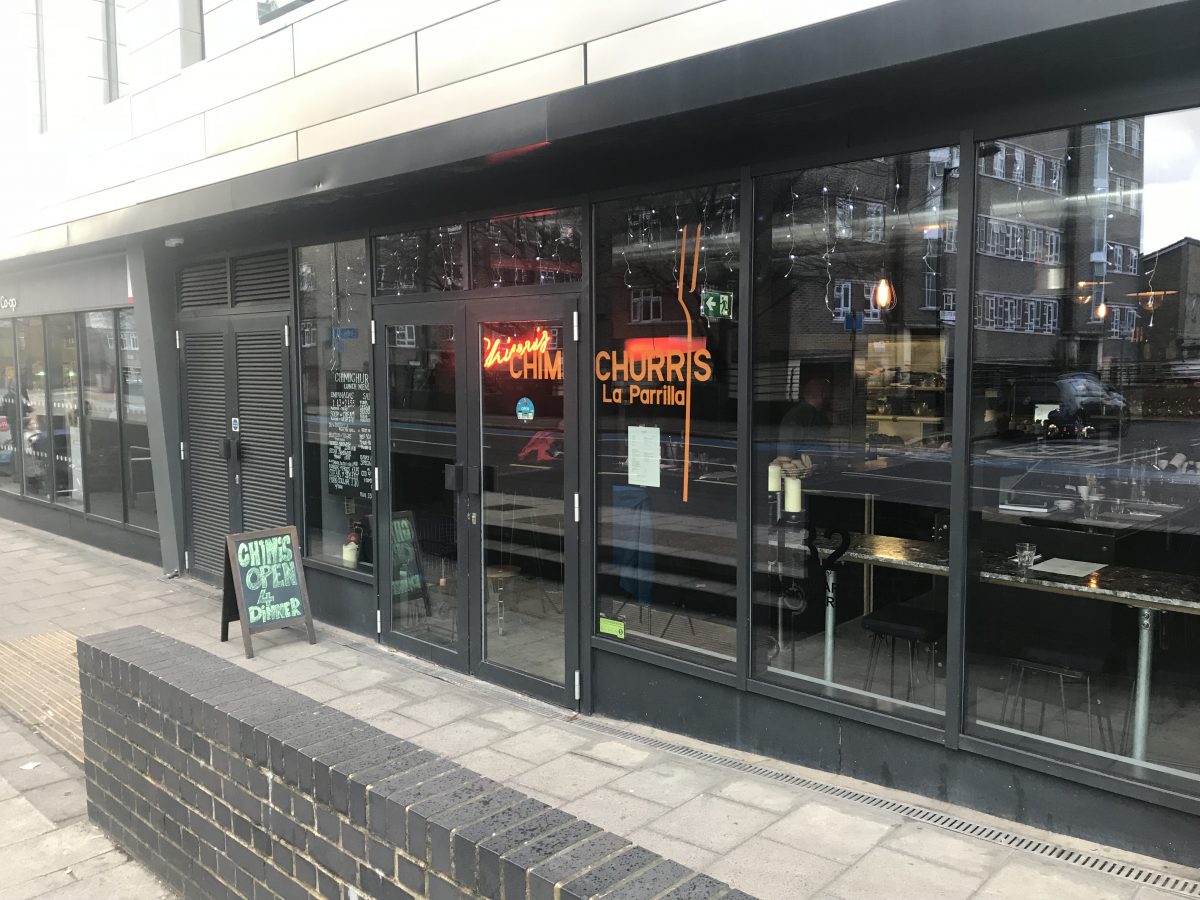 It’s owned by two chaps, Federico Fugazza and Nicolas Modad, who became friends while working in Borough Market. They used to hang at a Chilean restaurant on Southwark Bridge Road called El Vergel and when they saw the the site go on the market they went for it. Cute story.

The small dining room is a touch nondescript. Concrete floor, black walls, wooden tables, that kind of thing. The food is where the real excitement takes place. 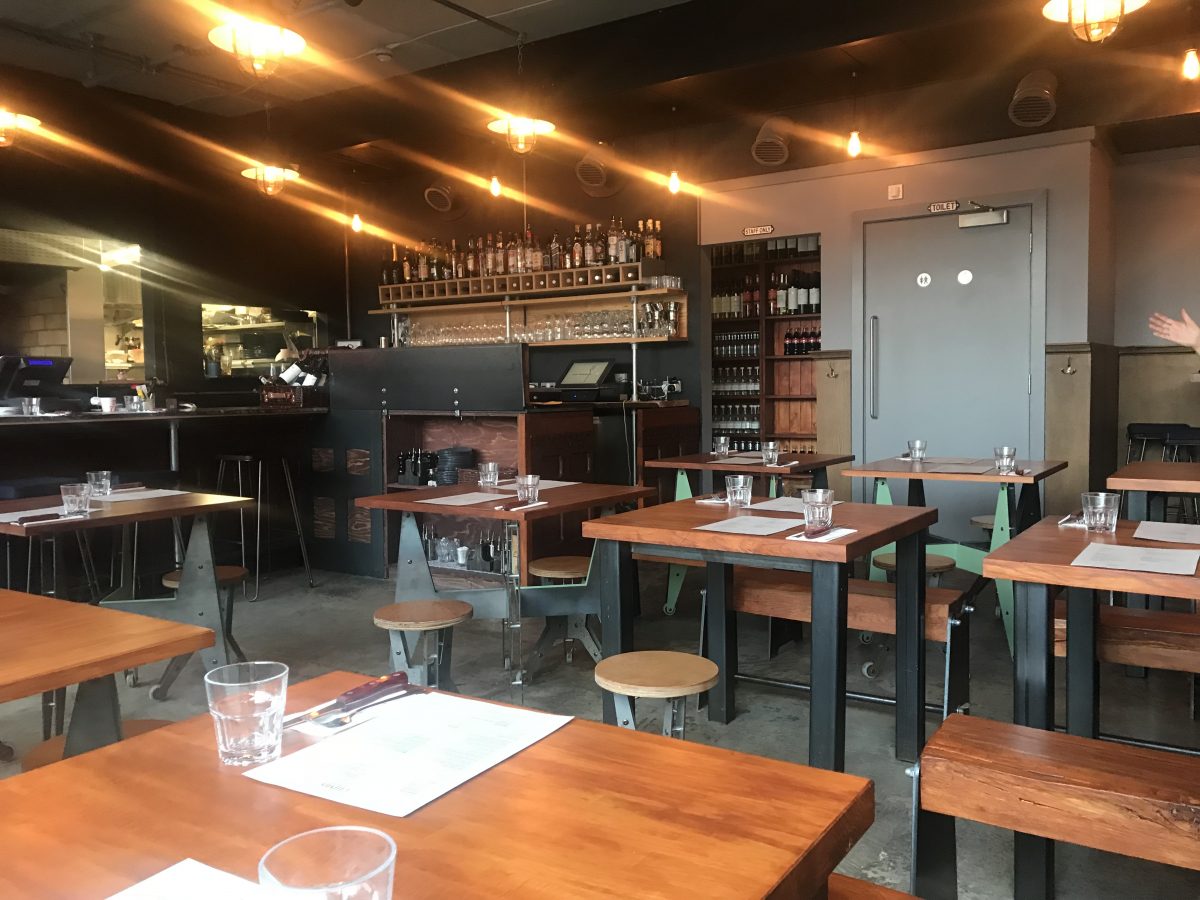 We start with empanada (£6.50) which aren’t the doughey, stodgy and lesser-known-but-more-exotic-cousin-to-a-Cornish-pastie I once thought they were. Here they’re light and crumbly with fillings of spinach and soft chicken. They’re served with delightful homemade mild and spicy chimichurri. 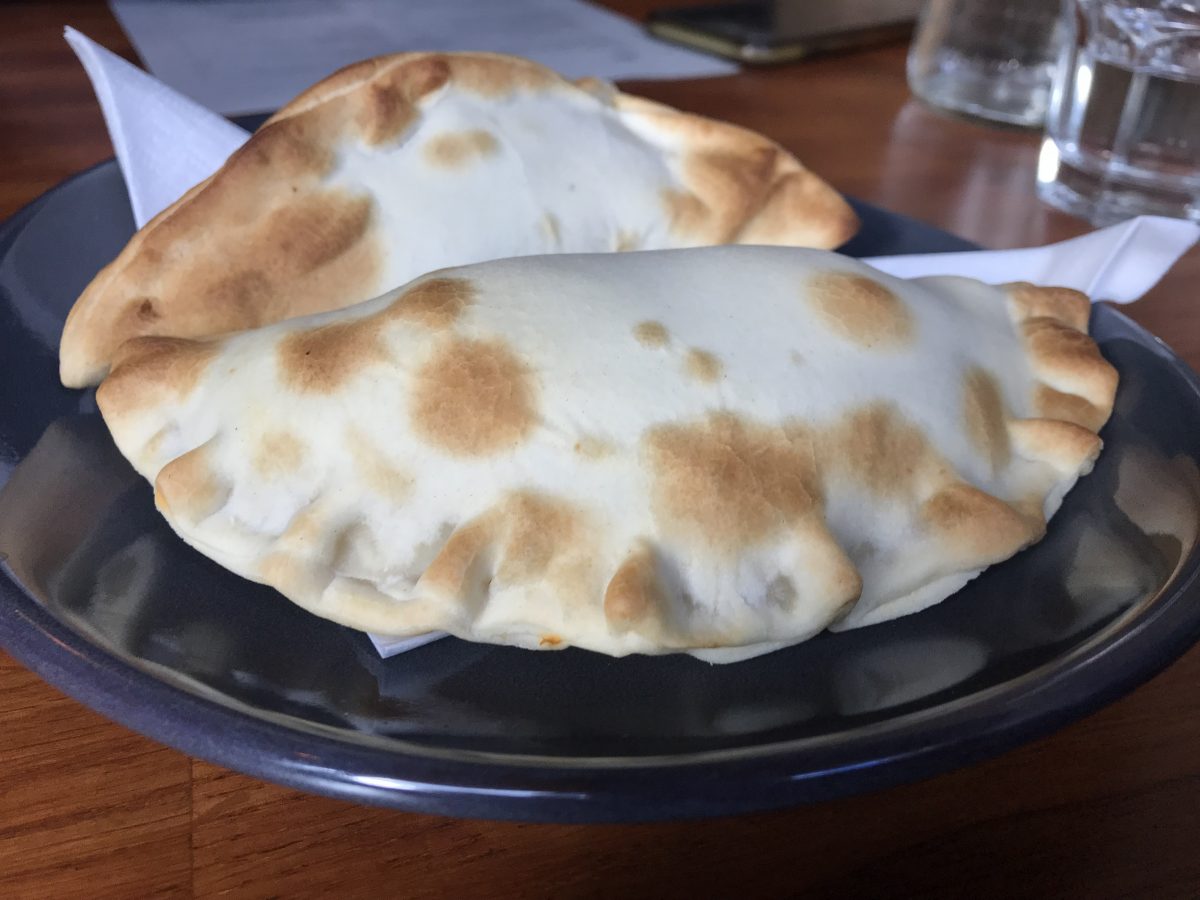 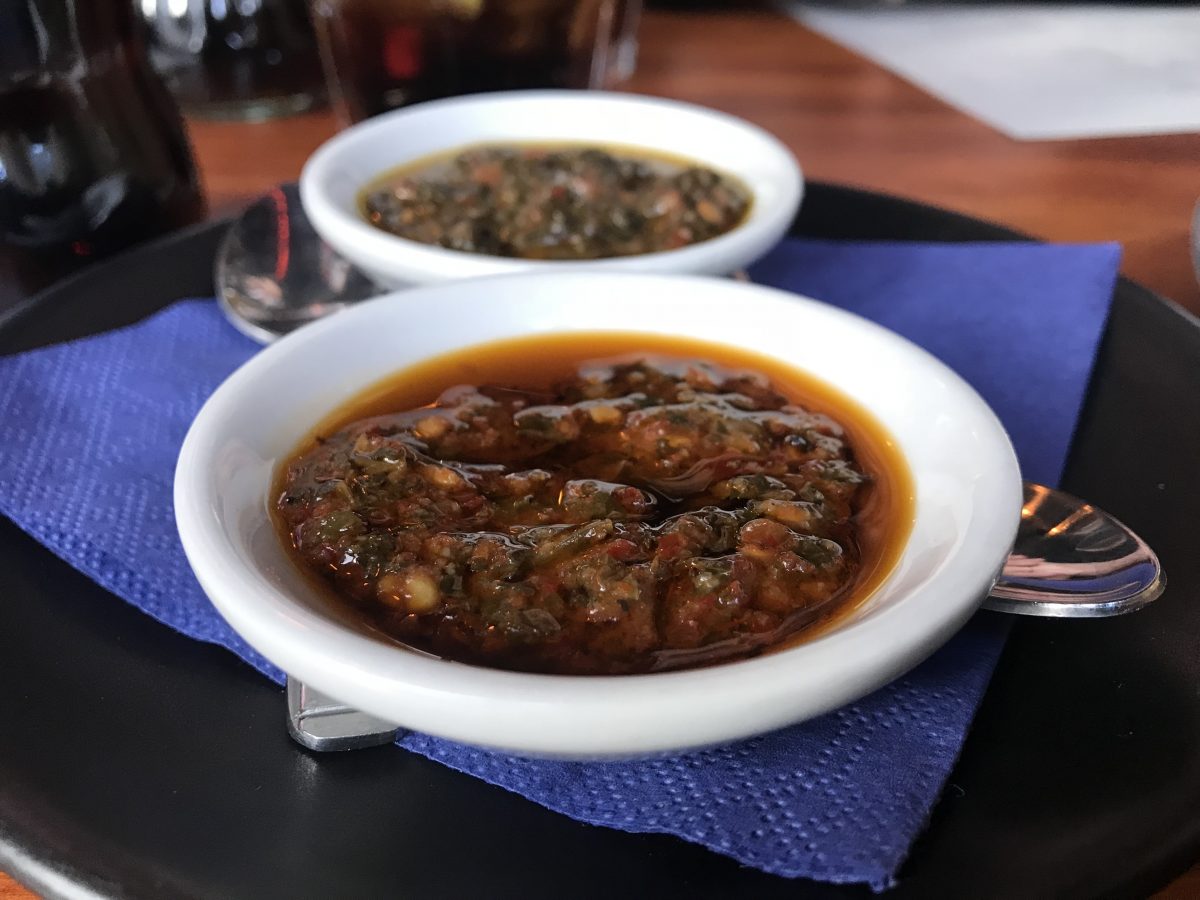 Argentinians are big on their pasta (who knew?) so we share the homemade spinach and ricotta ravioli (£10.50) which come ladelled in a creamy mushroom sauce. The flavour, oh the flavour. You can tell they’re cooked by someone who loves eating good food. 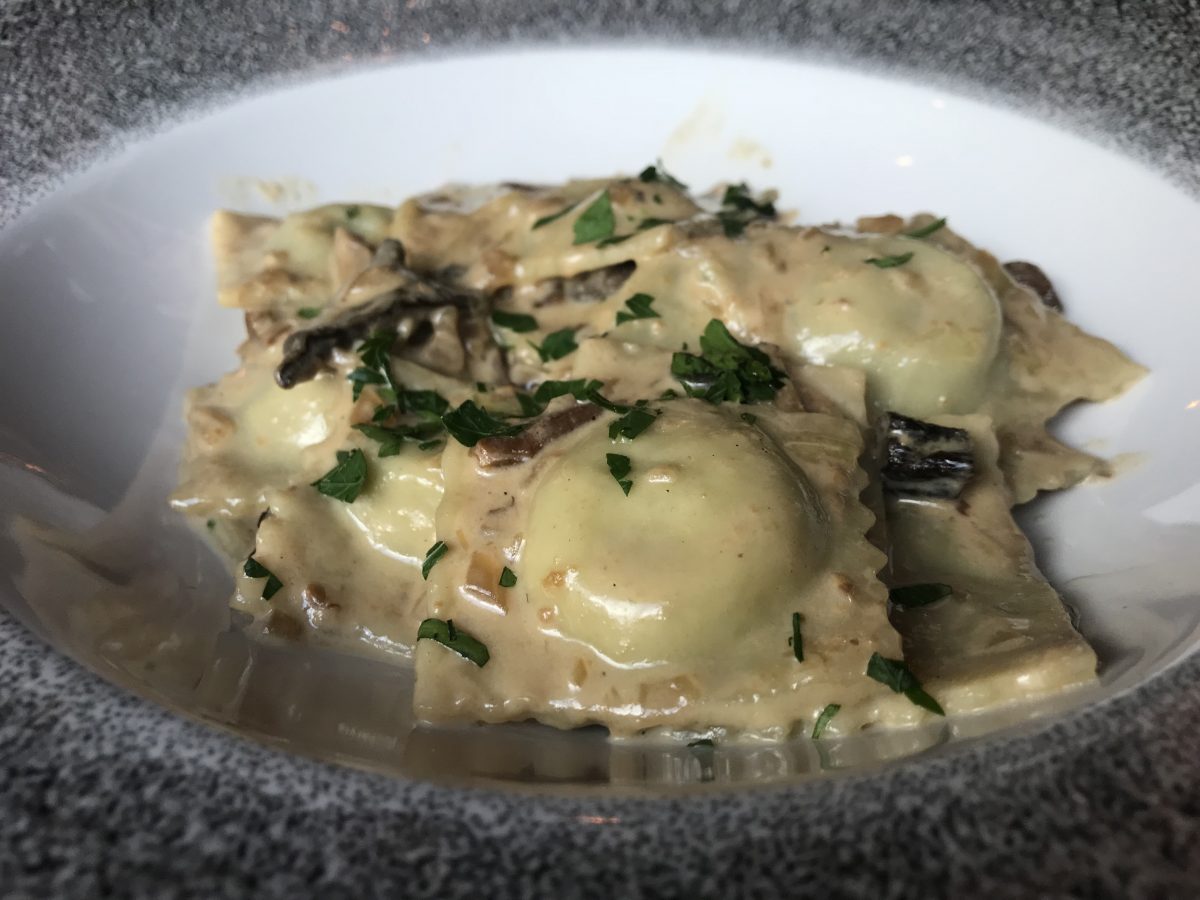 For a theatrical flair, the “Parrillada el Clasico” (£52), or mixed grill to you and I, is served on a mini charcoal barbecue placed on the table. Normally, with this kind of the thing, by the time you’ve taken a quick photo and looked on in awe the meat has charred to oblivion. But the sirloin and rib eye are so thick and the barbecue not so hot that this isn’t a problem. 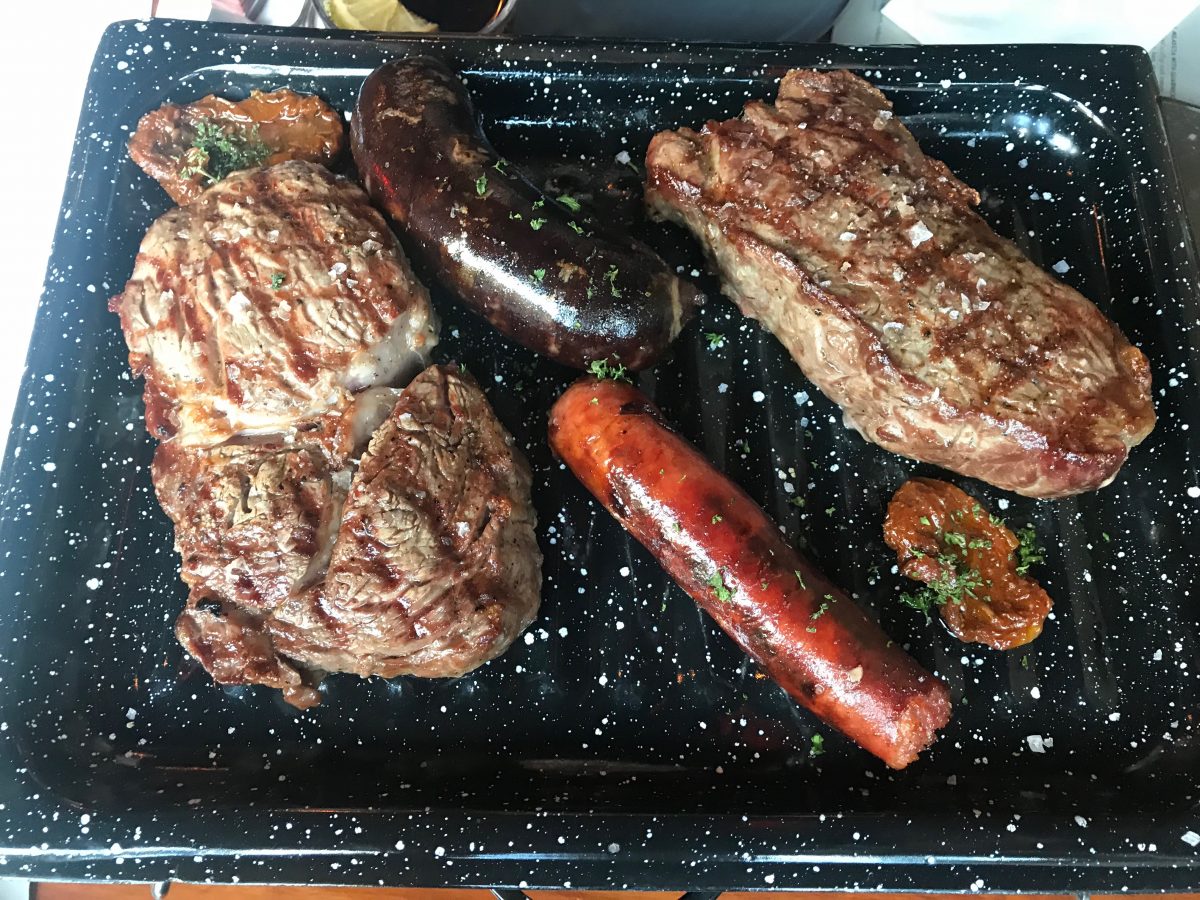 The quality of the beef, from Argentina of course, is outstanding. It has a wet and juicy texture and it’s aggressively seasoned with sea salt. Salty beef is just the best. There’s chorizo too, all fiery and punchy, and black pudding, rich and artery clogging.

Provoleta cheese, similar to the gooey queso at Breddos Tacos, is served in a cast iron dish meaning the edges are super crispy. The rest is a goo fest and quite simply a cheesy heaven. 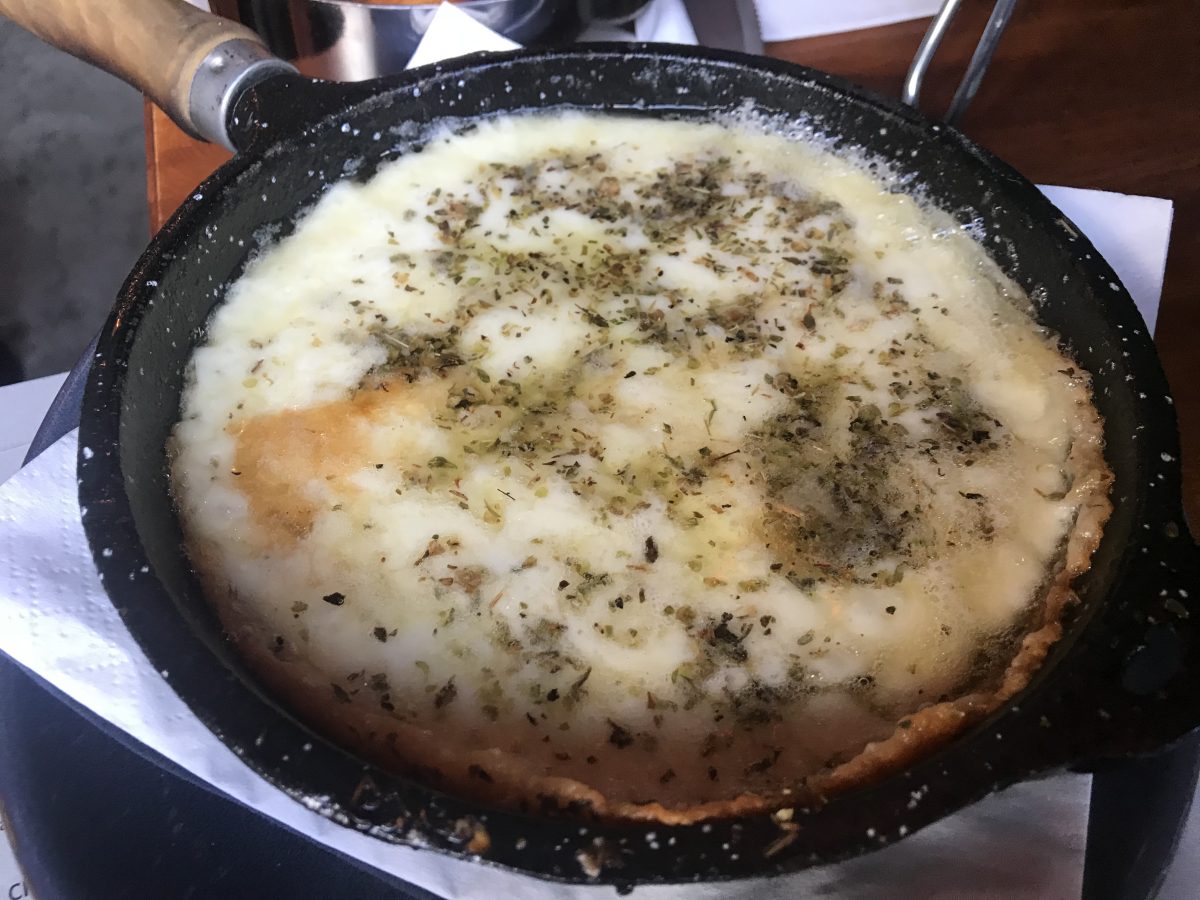 For dessert, order the Alfajor Helado (£5) if you like chocolate covered cookie ice cream and dulce leche. It’s as sweet as anything and ruddy lovely. 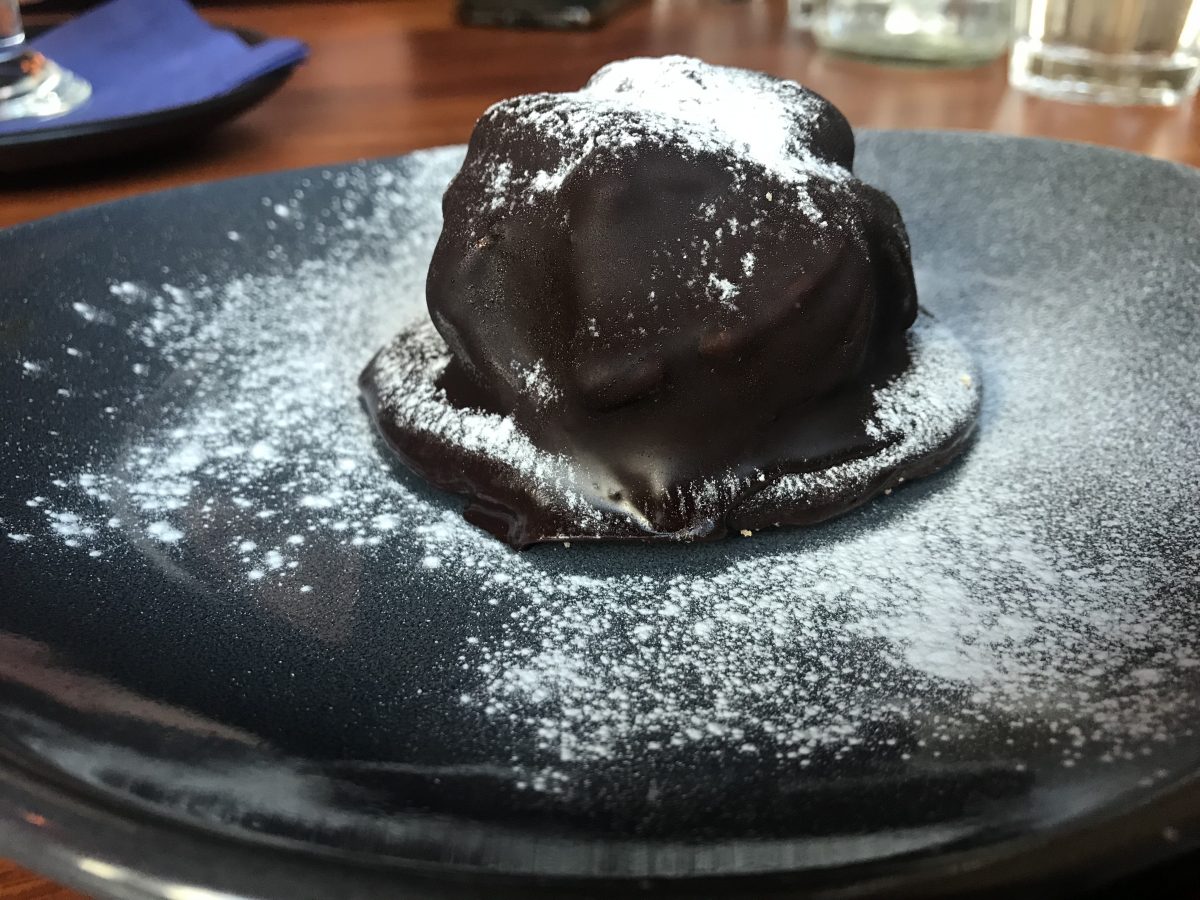 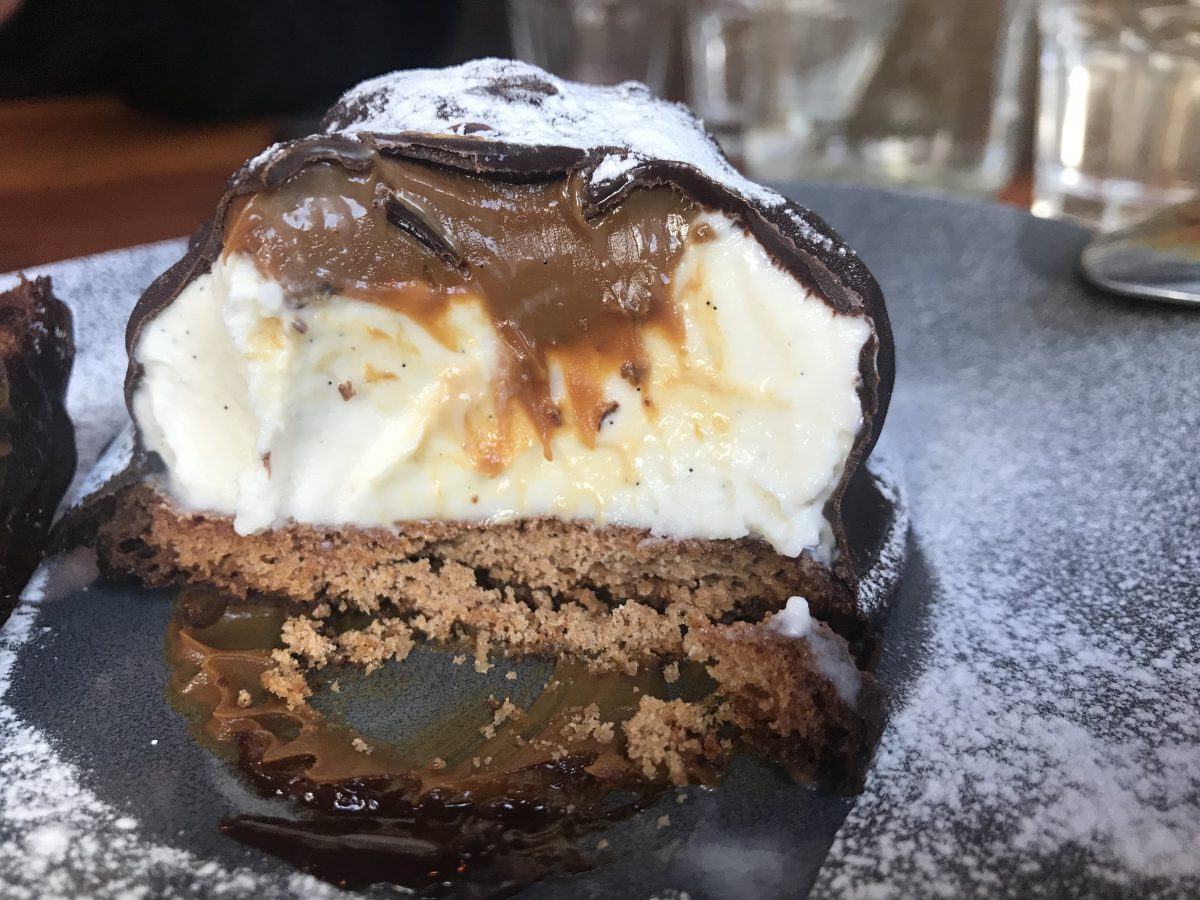 So yeah, a strange area but there are loads of flats down that way and they’re all the luckier for having somewhere like Chimis opening on their doorstep. It’s a fun place to eat delicious food – what every neighbourhood needs.

Chimichurris.co.uk
We dined as guests of the restaurant